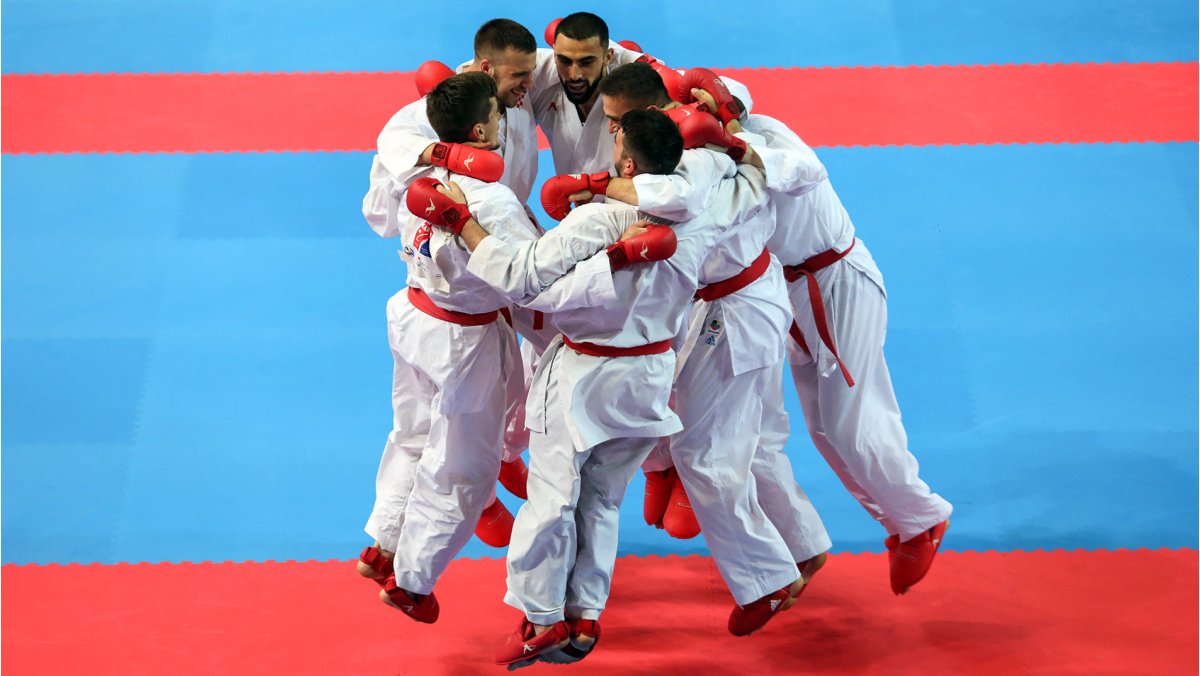 Hosts of Croatia gave local fans plenty of reasons to celebrate as the Male Kumite Team reached a brilliant qualification for the final of the tournament. In a tour de force of Croatia Karate, the squad formed by Enes Garibovic, Ivan Kvesic, Andjelo Kvesic, Ivan Martinac, Ante Mrvicic, Karlo Raguz, and Zivkovic Zvonimir performed at an impressive level to top the pool following hard-fought victories over Finland, Bosnia and Herzegovina, and Ukraine. Croatia then went to take a convincing 3-1 triumph over France in semi-finals. 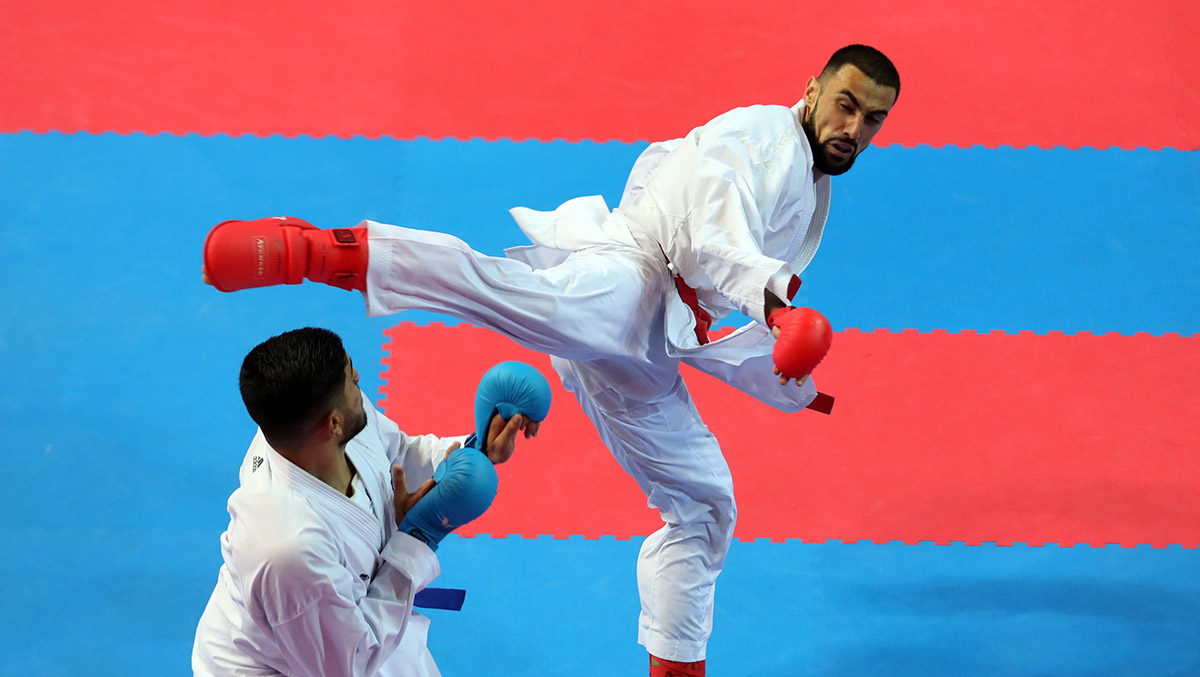 The biggest upset of the day featured Montenegro. The squad from the Balkan country eliminated the top favourites on the way to the final of Male Team Kumite. After defeating Belgium, Spain, and the Russian Federation in the pool phase, the team with Nenad Dulovic, Jovan Fatic, Stefan Gojcevic, Mario Hodzic, Nikola Malovic, Balsa Milickovic, and Predrag Smolovic as members surprised in the semi-finals with a hard-earned victory by 16-12 over Azerbaijan in one of the thrilling moments of the day.

The final of Female Team Kumite will have Germany and Turkey as contenders. Both sides aim at improving their results in the last edition of the tournament as Turkey took silver and Germany claimed bronze at the 2019 European Championships.

The Turkish squad had Merve Coban, Gulsen Demirturk, Eda Eltemur, and Meltem Hocaoglu Akyol as members and defeated The Netherlands, Finland, and Bulgaria in the pool, and Italy by a slim 2-1 in semi-finals to reach their second consecutive continental final.

Meanwhile, the German side was formed by Shara Hubrich, Johanna Kneer, Jana Messerschmidt, and Anna Miggou. The current bronze medallists of the category beat Belgium, Bosnia and Herzegovina, Croatia in the pool phase, and France in the semi-finals by a tight 2-1. 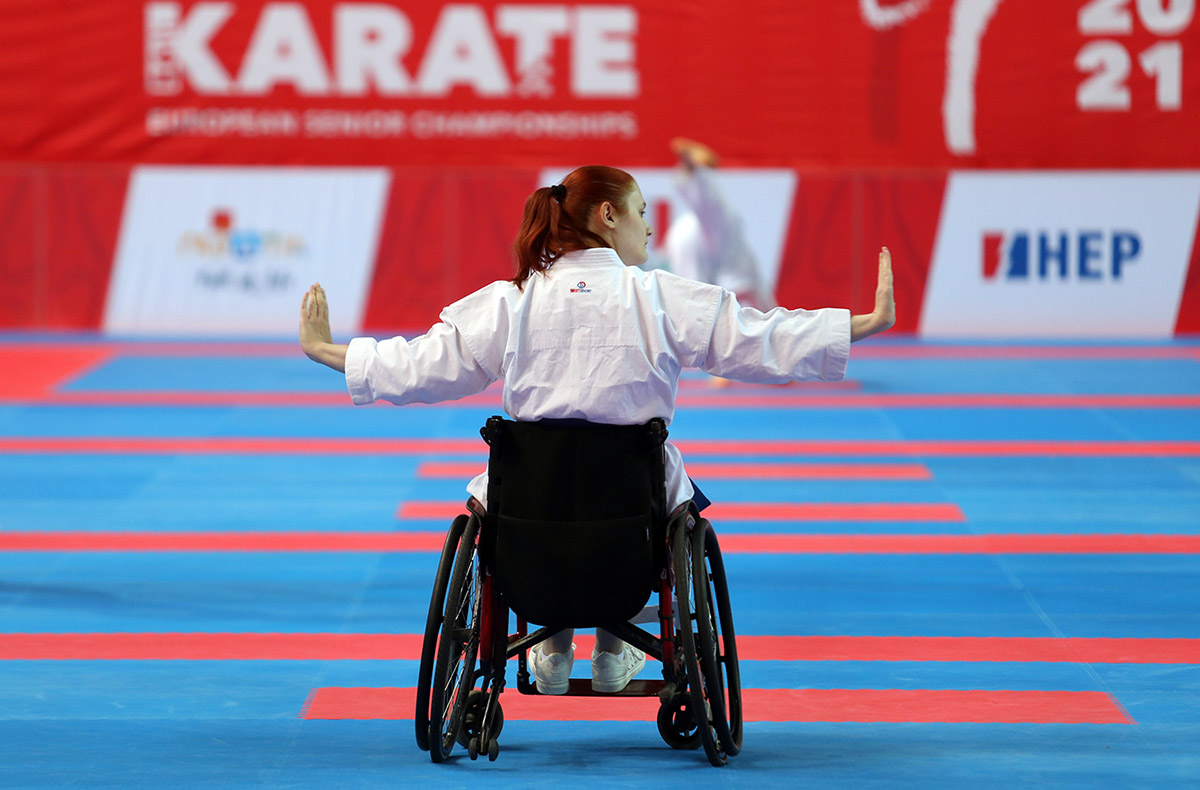 The Para-Karate athletes presented an outstanding and inspiring demonstration of abilities thus showcasing that the strength of will overcomes all the difficulties.

The elimination rounds were celebrated today and the first medals were awarded. Sahib Ahadov of Azerbaijan and Valeriy Trofimov of Russia claimed bronze in Blind/Visually Impaired K10 while Danijela Topic of Croatia and Tijana Stamenovic of Serbia took the bronze in Intellectually Impaired K22. 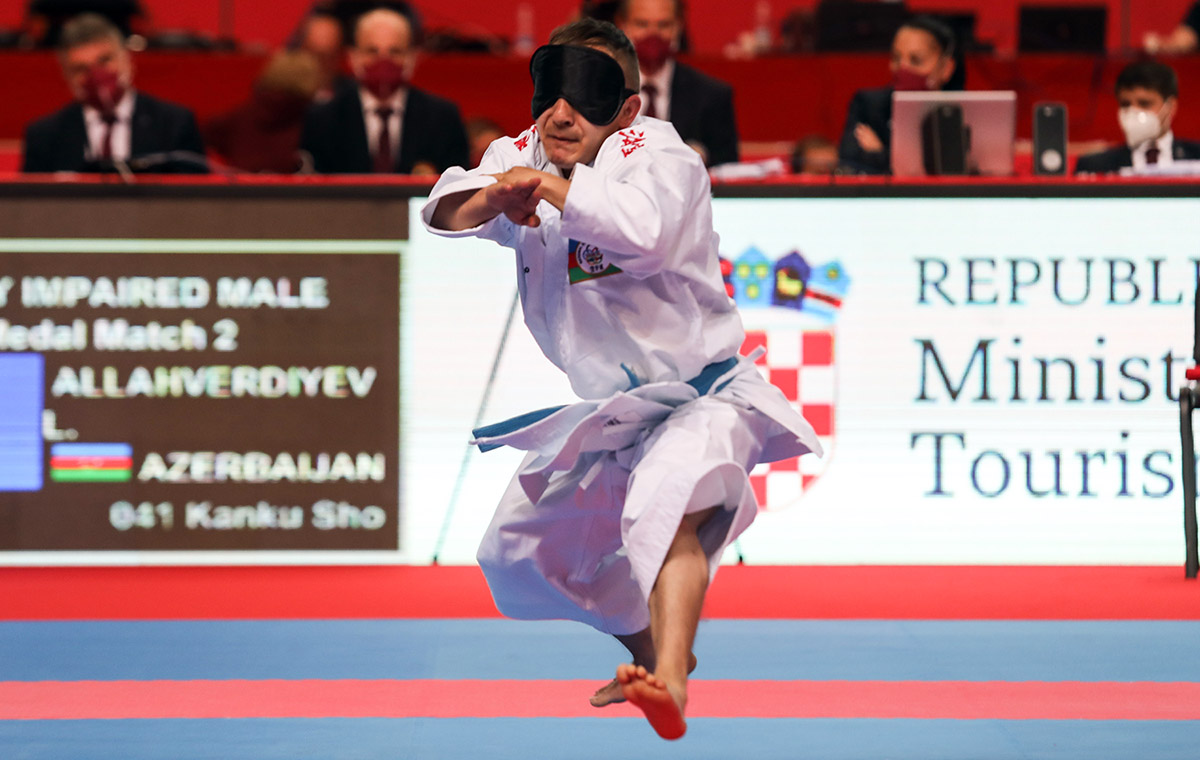 Albert Singer of Germany and Antonio Pereira of Portugal won bronze in Intellectually Impaired Male K21 as Boris Kasumovic of Bosnia and Herzegovina and Marvin Noeltge of Germany took bronze in Intellectually Impaired Male K22. The bronze medals in Wheelchair User K30 went to Nina Portolan of Serbia and Elena Umorina of Russia and Eldar Ahdamov of Azerbaijan and Volodymir Turko of Ukraine.

CLICK HERE to go to all the info about the Para-Karate competition. 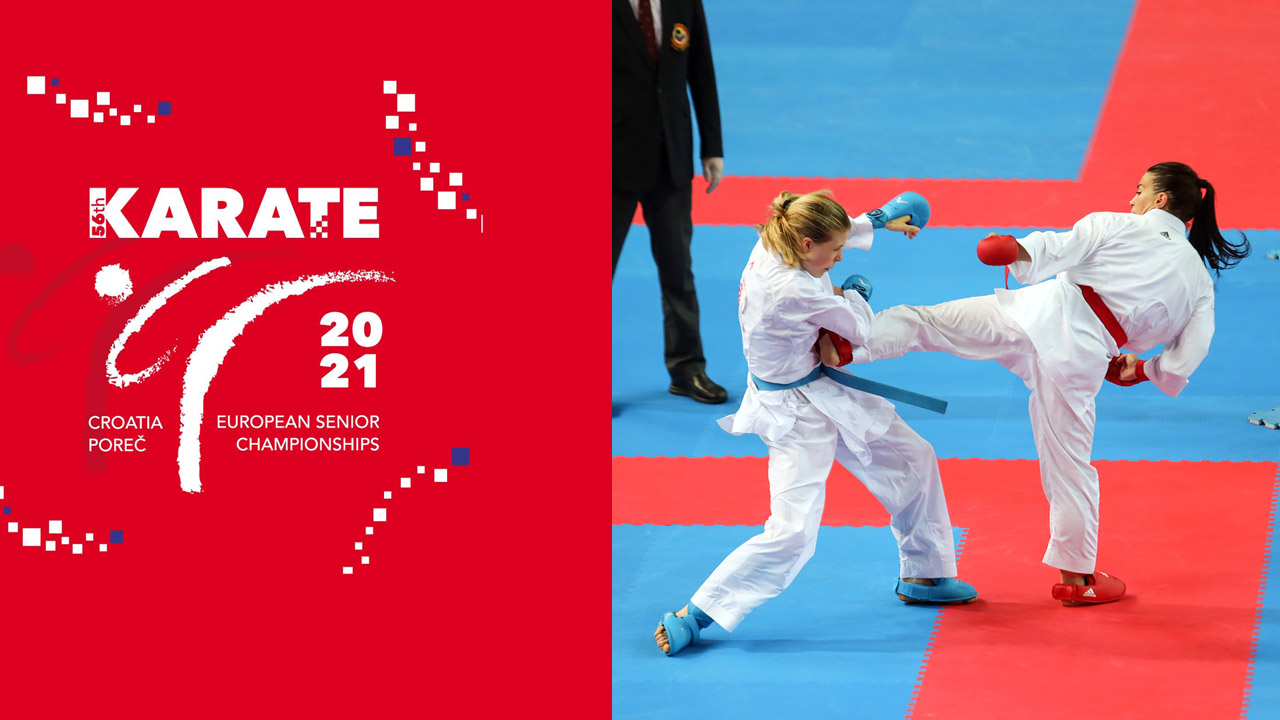