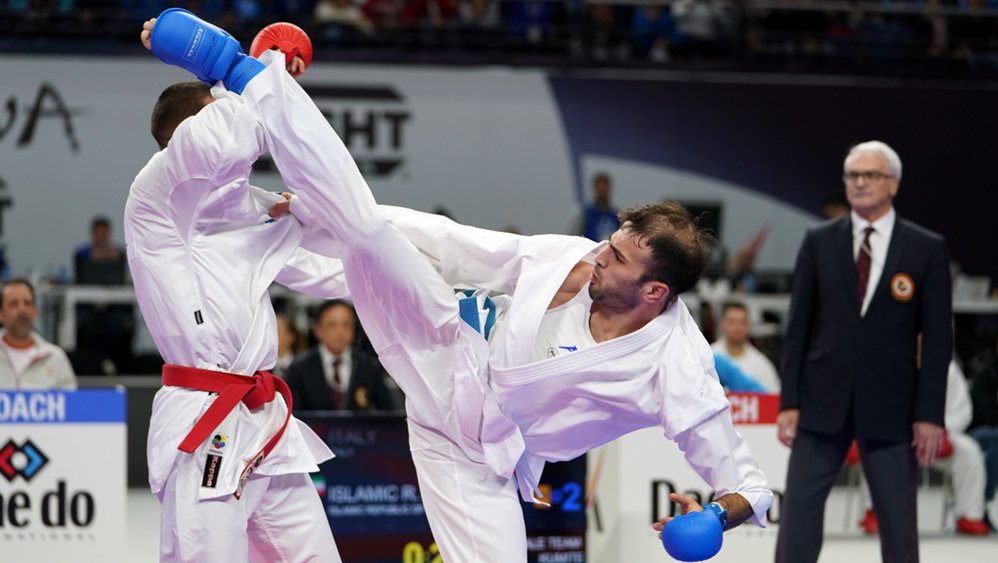 The best karatekas in the world continued showing their outstanding abilities in Madrid as the 2018 Karate World Championships entered the fourth day of competition. The powerhouse nations of the sport took a stand today and dominated the Team Kumite competition. Iran and Turkey in male category and France and Japan in women’s competition will fight for gold in the category.

The best karatekas in the world continued showing their outstanding abilities in Madrid as the 2018 Karate World Championships celebrated the fourth day of competition. The powerhouse nations of the sport took a stand today and dominated the Team Kumite competition. Iran and Turkey in male category and France and Japan in women’s competition will fight for gold in the category.

The Turkish squad headed by Grand Winners Ugur Aktas and Burak Uygur earned the qualification to the final after a powerful display on the tatamis of WiZink Center sports hall. After taking four hard-fought victories in the pool round, Turkey won the ticket to the title-deciding bout following a convincing victory over Azerbaijan.

“We had very hard bouts throughout the competition, but we are a very good team. We, my team-mates and me, are brothers, so we are very happy that we could do this together. The last time that we were in the final was in 2008, so we want to take the gold medal here,” said Ugur Aktas. 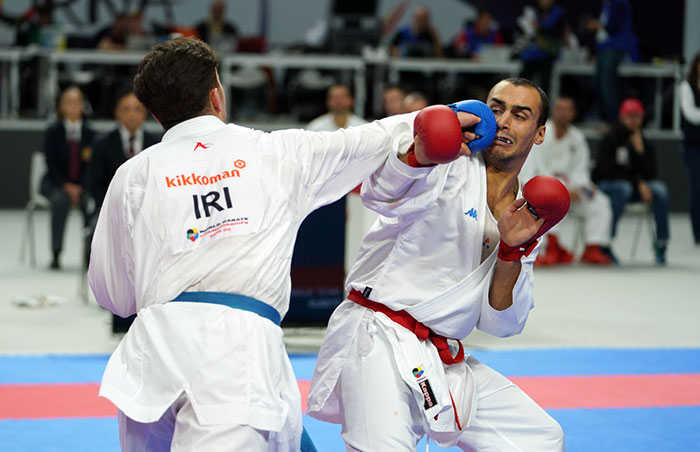 “Iran is a very good team but I think we are better. We will do our best to get the gold medal. We will continue fighting with all our heart,” added the recently-proclaimed Grand Winner from Turkey.

In a demonstration of collective efficiency, Iran confirmed their front-runner status in the category and qualified for their third consecutive final. The Iranian squad, after their victories in the 2016 and 2014 editions aim at making history for the sport with a third crown in a row. Headed by current World title-holder Sajad Ganjzadeh, Iran took one 3-0 victory and two 3-1 triumphs in the pool round and then went to beat Italy by 3-0 in semi-finals.

Aiming at keeping the world crown in the category, France sailed to their fifth consecutive final in World Championships. The 2016, 2012 and 2010 world title-holders took three convincing victories in the pool and round and a 2-1 triumph over Egypt in semi-finals to confirm their favourite status. After their impressive victory in Linz, the renovated French squad will try to extend their domination of the category on Sunday. 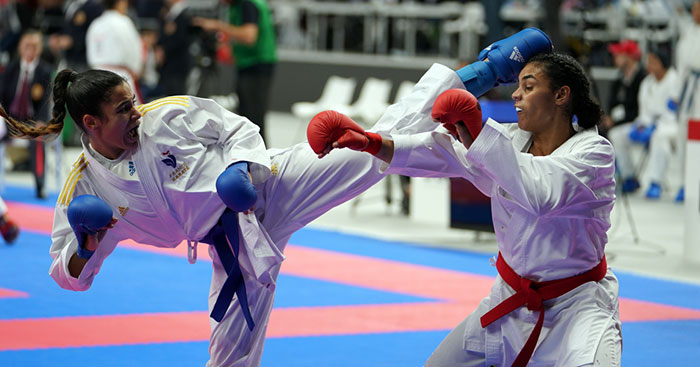 The anticipated final will have Japan as the other contender. The big powerhouse of the sport reaches the first final in World Championships in the category of Female Team Kumite in 12 years and hopes to re-take the title that they claimed for the last time in 2006. With World champion, Grand Winner and 2018 World Championships finalist Ayumi Uekusa leading the team, Japan achieved four hard-fought victories in the pool round and upset hosts of Spain in semi-finals (2-0) so to complete the successful performance in the tournament.

“This victory is clearly a team effort. The qualification to the final shows the power and strength of our team. Sometimes we win, sometimes we lose, but whatever we do, we do it as a team, and this is what mattered today,” said Ayumi Uekusa. 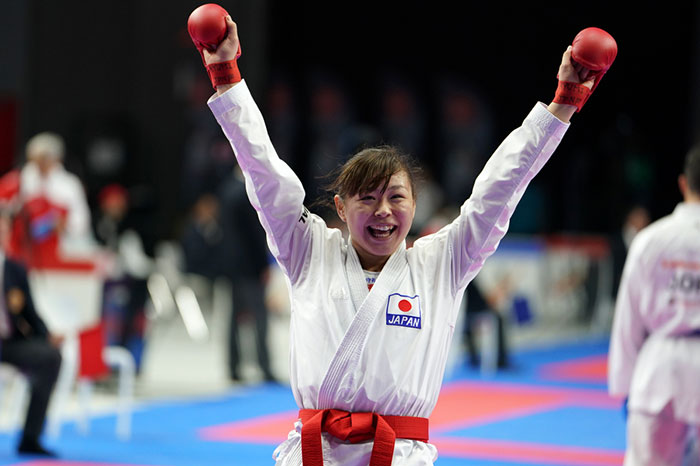 “This may be the last time that this team will compete together, and we definitively want to win gold and do our best in the final,” added team-mate Natsumi Kawamura.

Action will continue on Sunday with the medal bouts. All the excitement of the crowning of the new World champions will be available in many TV networks around the world and on WKF online platform karateworld.tv. CLICK HERE to go to the list of TV networks broadcasting the event.