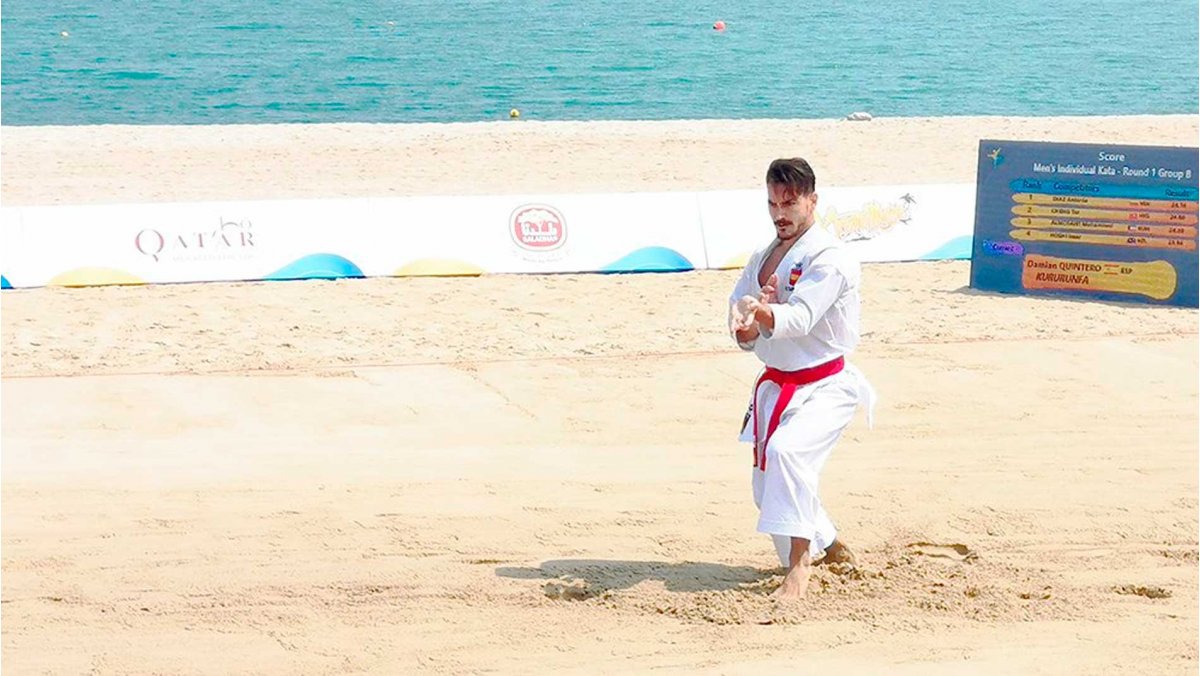 The Karate competition of the 2019 ANOC World Beach Games started with a spectacular first day of Kata action. As first-class karatekas qualified for the second round, Karate showed its greatness in a sensational opening day.

The Karate competition of the 2019 ANOC World Beach Games started with a spectacular first day of Kata action. Karate showed its greatness in a sensational opening day as first-class karatekas qualified for the second round of the tournament being held in Doha (Qatar).

It is the first time in the history of the sport that a competition of Beach Karate is being celebrated. Karatekas demonstrated their impressive abilities on the sand, with the sun and sea of Doha as the magnificent stage.

The first rounds of Male and Female Kata were celebrated today. In women’s competition, the pools were dominated by Jessica Kwong of the USA, Terryana D’Onofrio of Italy, Mo Sheung Grace Lau of Hong Kong and Sandra Sanchez of Spain. 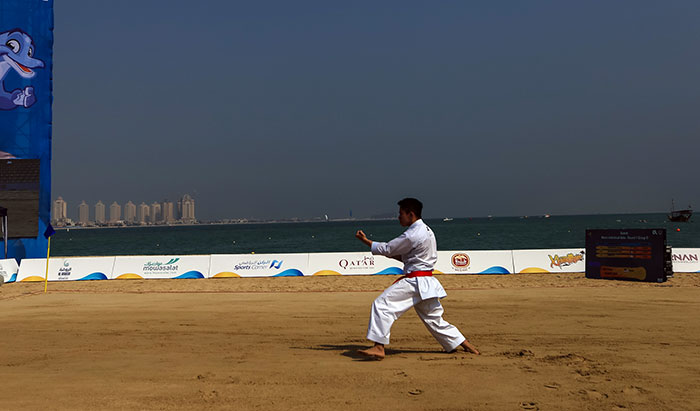 In pool A, promising karateka Jessica Kwong of the USA finished first with a score of 24.54. Fatemeh Sadeghi of Iran, Alexandrea Anacan of New Zealand and Valerya Hernandez of Venezuela claimed the rest of the qualifying spots.

Meanwhile, former Grand Winner Terryana D’Onofrio of Italy surprised in pool B with a score of 25.26. The other three qualifying places went to continental champion Maria Dimitrova of the Dominican Republic, Raquel Roy of Spain and Monsicha Tararattanakul of Thailand.

Mo Sheung Grace Lau of Hong Kong demonstrated a great level and topped pool C with 25.88 points. Sakura Kokumai of the USA, Jasmin Juettner of Germany and Phuong Nguyen of Vietnam claimed positions 2 to 4 in the pool.

World champion Sandra Sanchez of Spain confirmed her favourite status and prevailed in pool D taking the highest score of the day 26.48. Carola Casale of Italy, Dilara Eltemur of Turkey and Celine Lee of Malaysia also continue on competition. 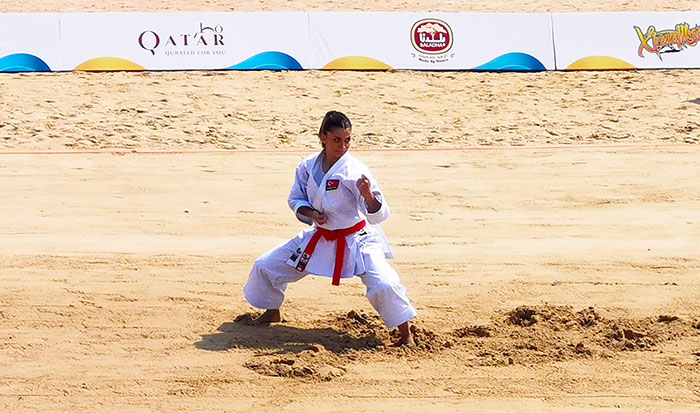 In Male Kata, favourites took a stand and qualified for the second round of competition while surprises appeared in some of the pools.

Current European Championships runner-up Ali Sofuoglu of Turkey was too strong in pool A with a score of 25.28. Continental champion Ariel Torres of the USA, Ahmad Zaresta of Indonesia and Vu Duc Minh Dack of France claimed the other qualifying spots.

The highest score in pool B was for top favourite Damian Quintero of Spain who had a score of 25.94 and prevailed over two-time World champion Antonio Diaz of Venezuela, Tzs Man Chris Cheng of Hong Kong and Mohammed Almosawi of Kuwait. 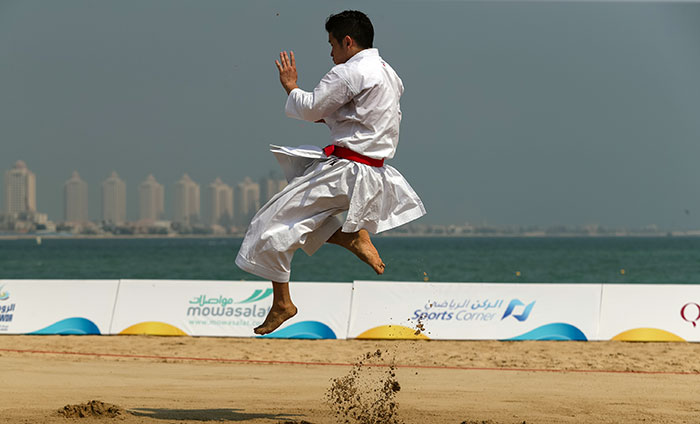 The biggest surprise of the day came in pool C. Promising karateka Gakuji Tozaki of the USA surprised favourites and finished on top of the pool with a score of 25.60. Emre Goktas of Turkey, Roman Heydarov of Azerbaijan and Nykolai Arango of the Dominican Republic also qualified for the second round.

The last pool of the day was also surprisingly dominated by Salman Almosawi of Kuwait. The representative of Kuwait headed pool D over Enzo Montarello of France, Yi Ta Wang of Chinese Taipei and Sergio Galan of Spain.

The competition will continue on Sunday with the rest of the rounds of the competition. The finals are scheduled for 16.15 (Female Kata) and 16.22 (Male Kata). CLICK HERE to go to all the results of the Karate competition of the ANOC World Beach Games. 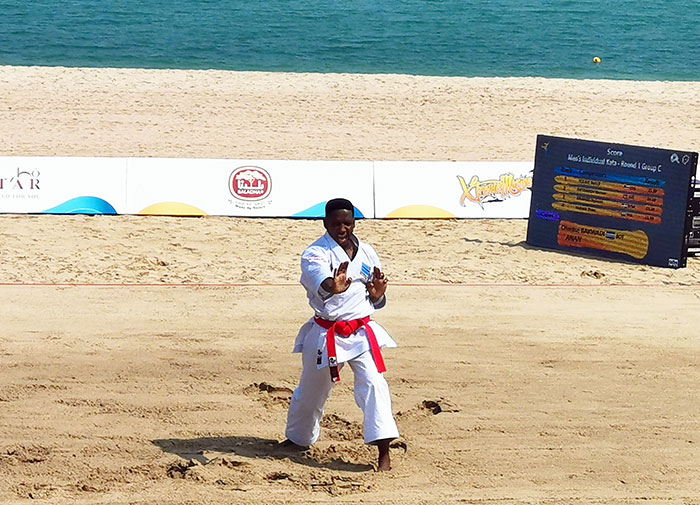