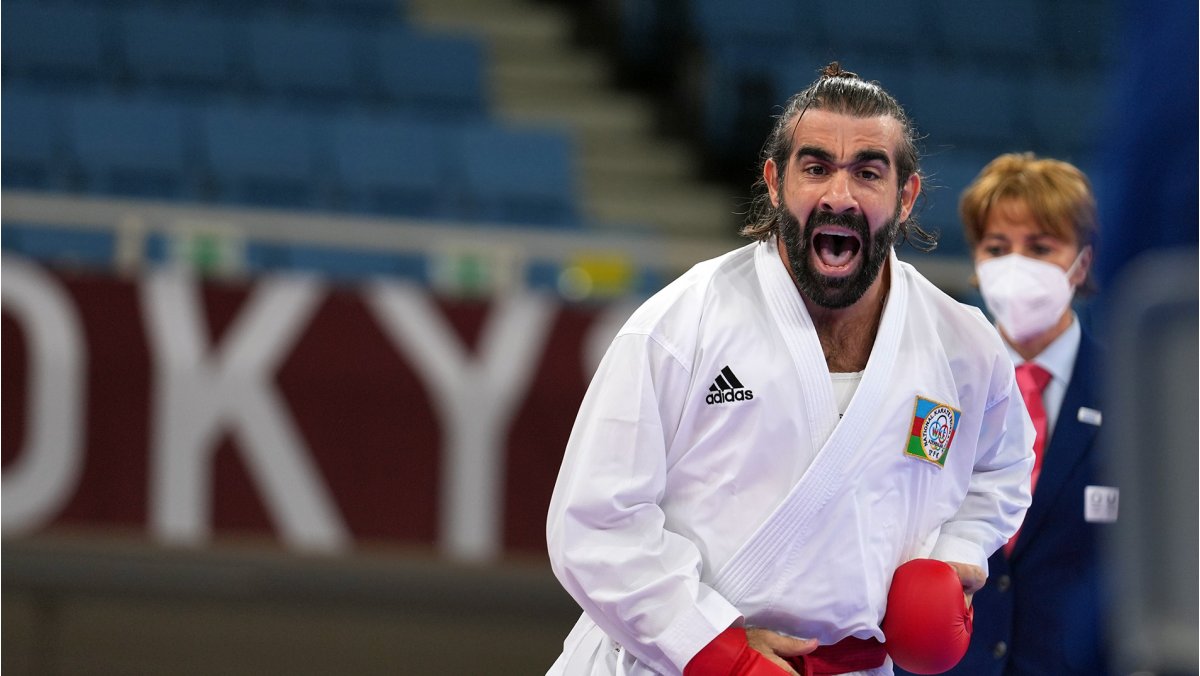 Rafael Aghayev is a living legend

In the sport of Karate, the name Rafael Aghayev is held in the same esteem as Lionel Messi in football, Michael Jordan in basketball and Michael Phelps in swimming.

In other words, he’s a living legend.

The 36-year-old Azerbaijani is a five-time World Champion and an 11-time European Champion. His trophy cabinet also includes the top hardware from the World Games, World Combat Games, European Games and the Islamic Solidarity Games.

And tonight, at the Nippon Budokan in Tokyo he will attempt to add the only precious medal still missing from his collection: an Olympic gold.

Nicknamed “The Panther,” Aghayev is strong, agile and unpredictable on the tatami, as witnessed during the Elimination Round, where he used all the various weapons at his disposal to defeat Noah Bitsch (GER), Tsuneari Yahiro (AUS), and Nurkanat Azhikanov (KAZ). After securing his qualification, Aghayev was edged out in his last bout by top-seed Luigi Busa (ITA). 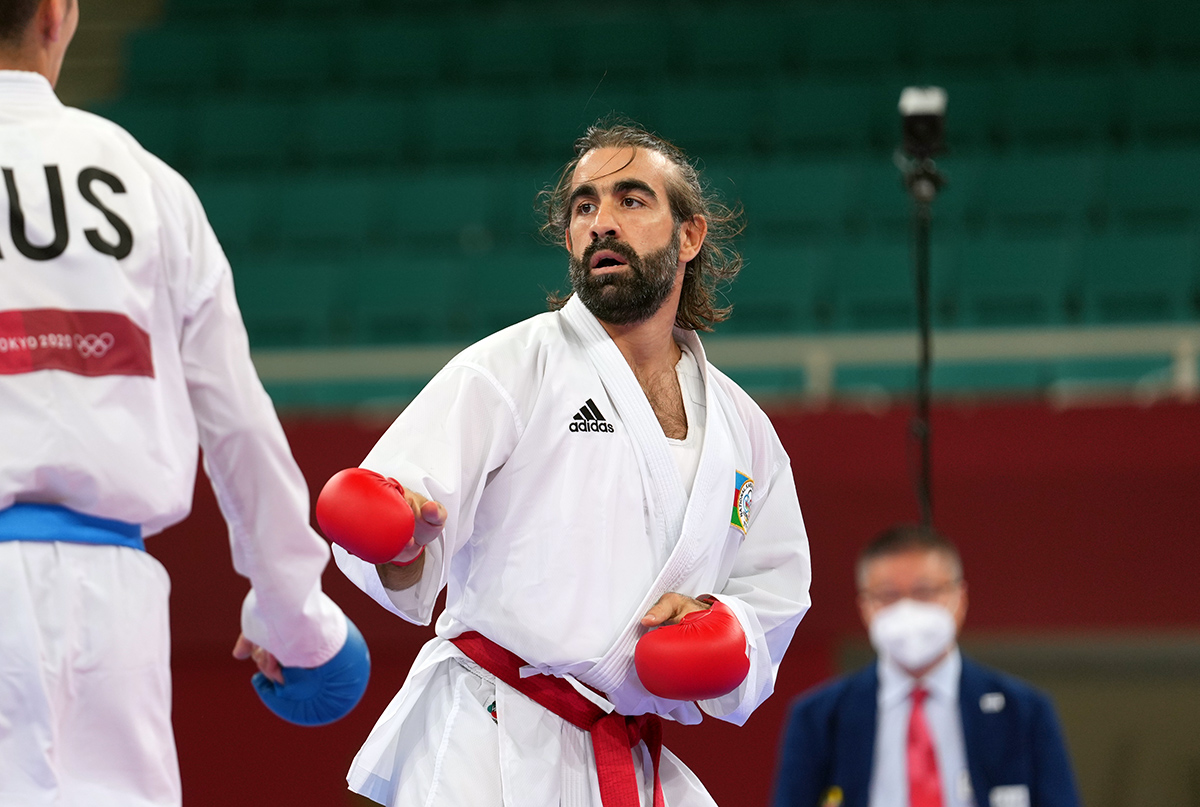 And that path to the podium won’t get any easier from here. His opponent in the semifinals is the wily Hungarian Gabor Harspataki, who despite being seeded 7th, fought with all his might to not only advance but to Pool A. Top-ranked Busa and third-seed Stanislav Horuna (UKR) will meet in the other semifinal.

“In general, here at the Olympic Games, you don’t have a weak opponent. Everybody is strong,” Aghayev said ahead of the medal round. “You can ask any of us, and we will all tell you that we are here to win gold. But it’s not enough to say it, you have to do it, and I’m here to do it.”

Now 36, Aghayev has said that he will retire after Tokyo 2020. But after ruling the sport for the better part of two decades, the transition to something new could be as challenging as overcoming his final opponents. 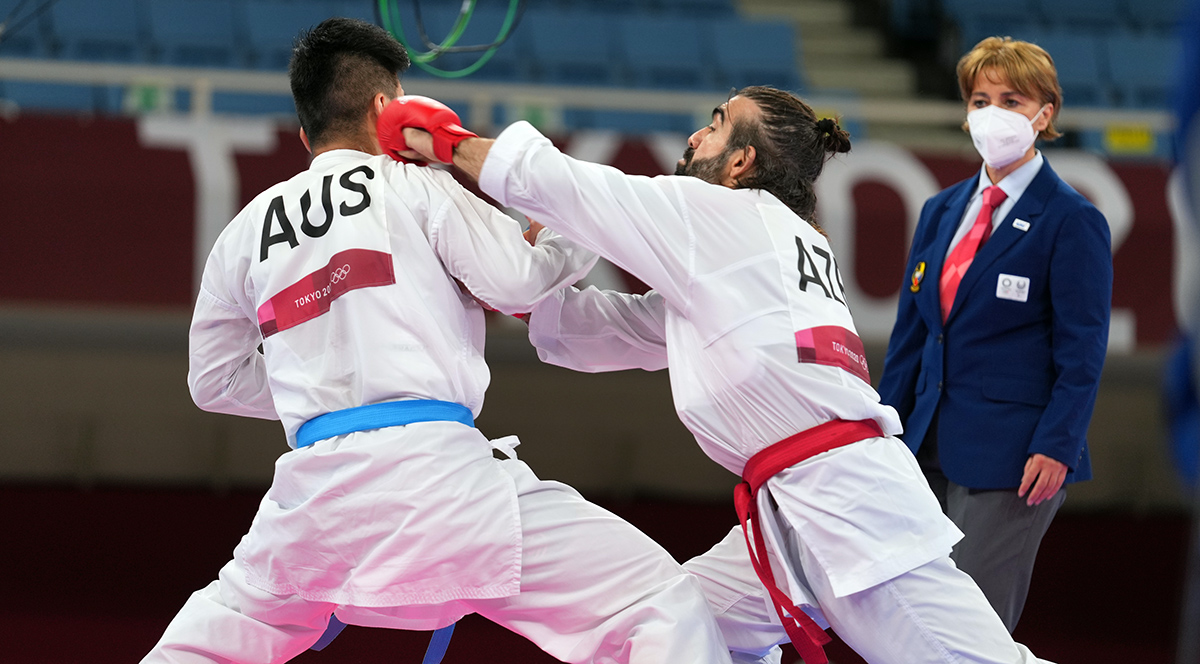 Thankfully, Aghayev is a household name in Azerbaijan – he was awarded the Order of Glory for his achievements as far back as 2008 – and in 2019 was appointed head of the newly founded Public Association of Athletes in Azerbaijan, where he plans to devote much of his post-Karate career. He clearly won’t be at a loss for work come Saturday morning.

Having battled back from his fourth knee operation last year and tragically lost two family members this year, the road to Tokyo has been a long and emotional one for the Karate legend. But he says he is focused only on the job at hand, and all other thoughts are out of sight, out of mind until the end of the competition tonight.

A podium finish would surely be a fitting end to one of the most storied careers in sport, and it’s something the Karate legend has been dreaming about since Karate was added to the Olympic programme for Tokyo 2020 in 2016.

“In my career, the medal at the Olympics is the only thing missing,” he told the WKF back in 2018. “Winning an Olympic medal will be a joyful end to my sports career.” 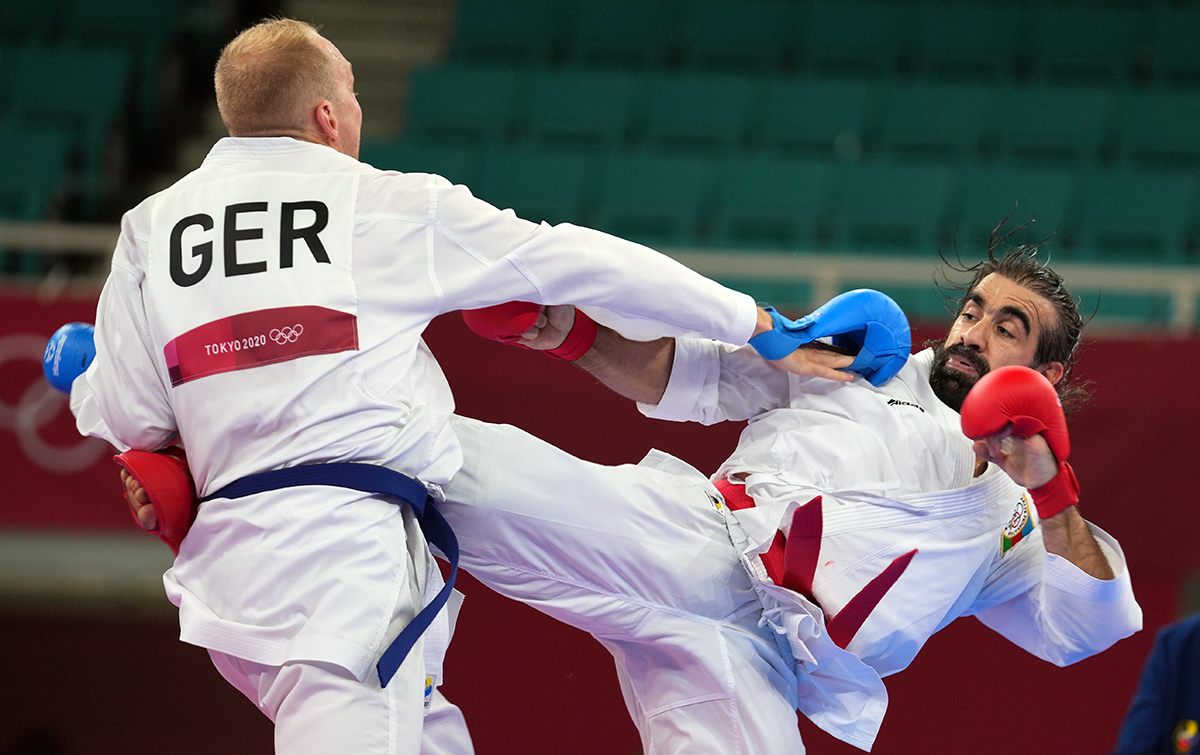