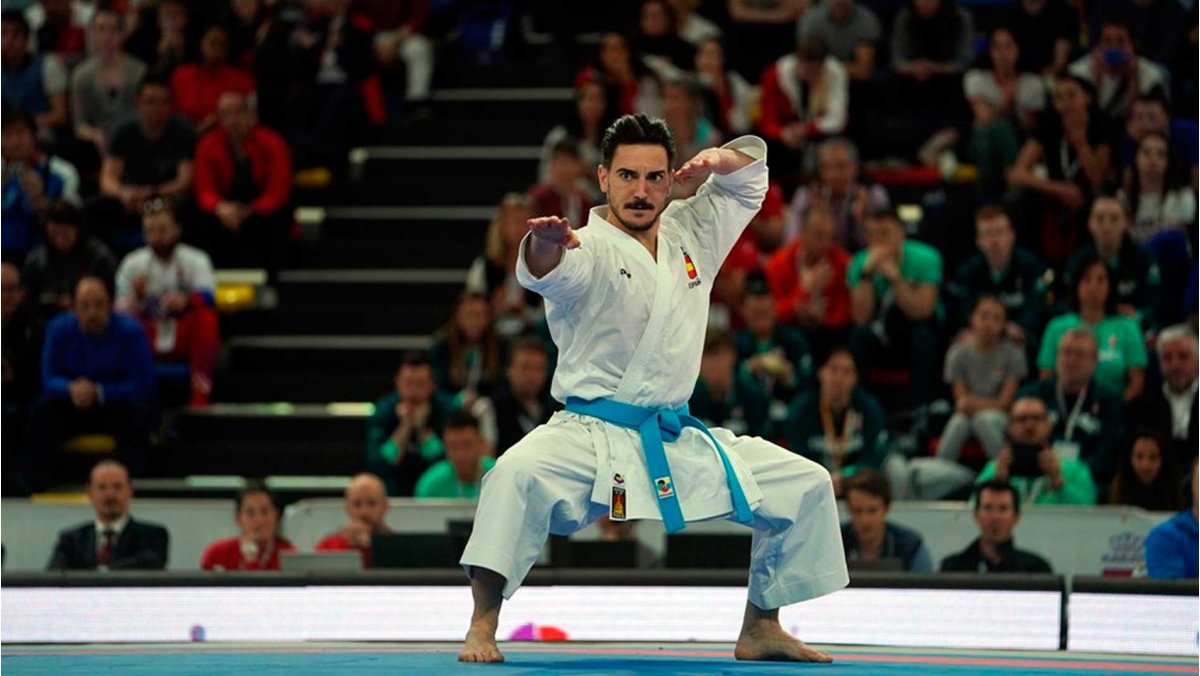 Sandra Sanchez, Damian Quintero, Steven Dacosta and Jonathan Horne are among the new European champions taking the continental crowns at the 2019 EKF Karate Championships. The representatives of the organising ry and a host of the most outstanding competitors of the sport claimed impressive victories at the finals today and became the new kings and queens of European Karate.

Sandra Sanchez, Damian Quintero, Steven Dacosta and Jonathan Horne are among the new European champions taking the continental crown at the 2019 EKF Karate Championships being held this weekend in Guadalajara (Spain). The representatives of the organising ry and a host of the most outstanding competitors of the sport claimed impressive victories at the finals today and became the new kings and queens of European Karate.

The gold medal for hosts started with the Female Kumite +68kg category. Spain’s Laura Palacio took the continental crown after upsetting Eleni Chatziliadou of Greece. The Spaniard used the support from the stands to defeat World champion Chatziliadou by 2-1. The Greek world title-holder took an early “Yuko” but Palacio came back with a “Wazari” to claim the European title.

“I have gone through very difficult times lately. My mom got sick and I had to take care of her. My performance suffered because my mind was not there. But I worked hard to be here, and this is a dream come true for me because I got to do this in front of my family and friends,” said Laura Palacio. 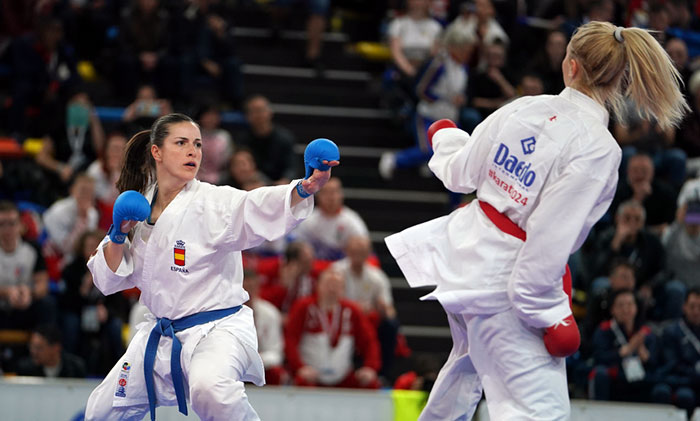 After taking the gold medal at the World Championships in Madrid, Spain’s Sandra Sanchez maintained her outstanding level at home to win the continental title of Female Kata in Guadalajara. The World ranking leader from Spain presented a flawless “Chatanyara Kushanku” kata to defeat Italy’s Viviana Bottaro of Italy (scores of 28.2 and 27.0 respectively).

“Right now I am feeling something in between calmness and happiness. I saw how the public from the stands was supporting me and all I can say that Guadalajara is very special to me. I won my first national championships here, so winning the European title in Guadalajara is unbelievable,” said Sandra Sanchez who claimed her fifth consecutive continental title. 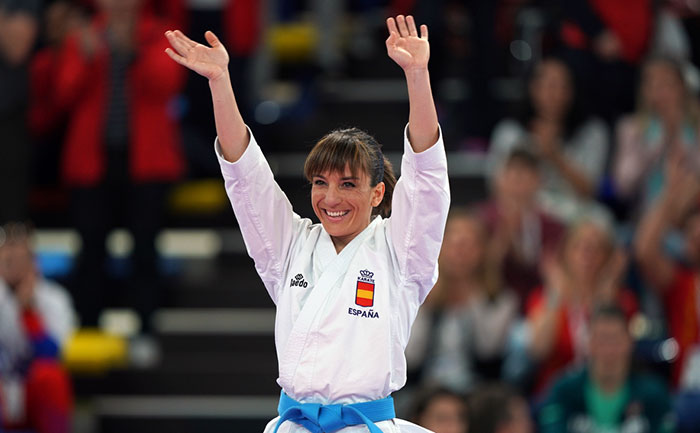 The celebrations for the delegation of the organising ry continued with Damian Quintero’s gold medal in Male Kata. The defending continental title-holder excelled in his “Anan Dai” kata and overpowered Ali Sofuoglu of Turkey with scores of 27.36 and 26.48.

“It is very comforting to compete at home for all the support you receive. This is my 100th medal all around, I like to break records and make history. I also like to keep my feet on the ground to reach the big goal that is Tokyo 2020,” said Damian Quintero who claimed his tenth continental title, ing individual and team appearances. 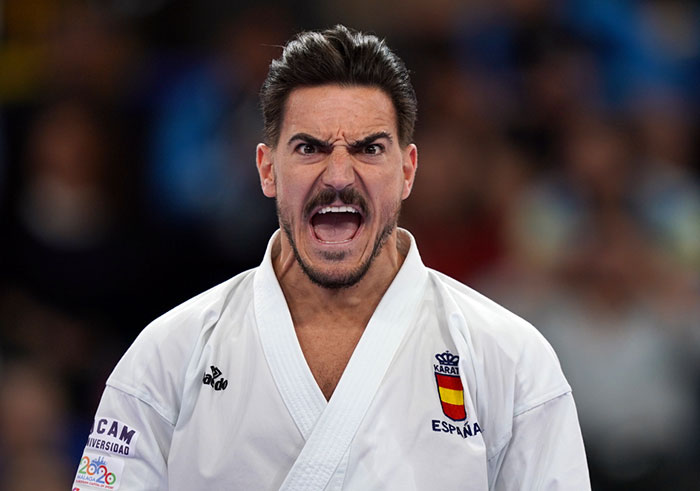 Jonathan Horne of Germany became one of the stars of the event and confirmed his outstanding domination of Male Kumite +84kg. The German star had arrived in the tournament as the defending World champion and current Grand Winner of the category. In a showcase of efficiency and top-level Karate, Horne claimed his sixth continental crown after defeating Serbia’s Slobodan Bitevic by 4-1.

Steven Dacosta of France also added the continental crown to the World title and Grand Winner award. The impressive French karateka showcased a sensational level and upset Mario Hodzic of Montenegro with a whopping 10-1 in the final of Male Kumite -67kg. It is the second continental gold medal for Dacosta who is on the way to becoming one of the biggest sensations of the sport.

Alizee Agier of France claimed the continental title and took the spotlight of the event after defeating Elena Quirici of Switzerland in the final of Female Kumite -68kg. The current Grand Winner from France won her first European crown after upsetting the defending continental title-holder from Switzerland by 2-1. 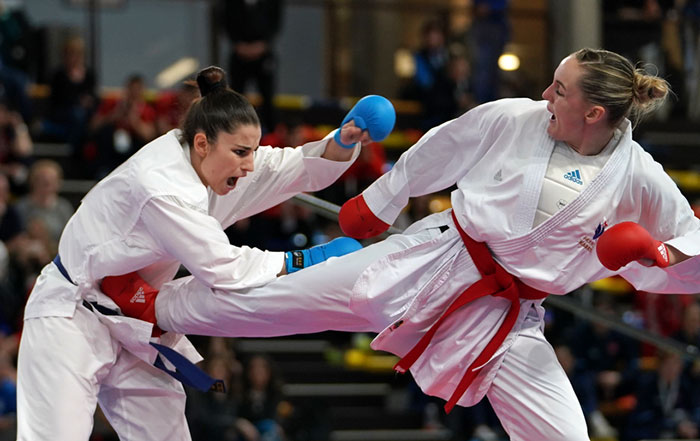 “I am very happy because this is my first continental title in senior competition. The hardest moment of the tournament for me was when I was leading 1-0 against Alisa Buchinger, and she made two points with 40 seconds left. I had to fight back and I managed to get an extra point. I was really focused to win this bout,” said Alizee Agier.

Meanwhile, Ugur Aktas of Turkey also used the Grand Winner status in his favour to produce one of the most impressive wins of the day. The winner of the 2017 and 2106 titles in Male Kumite -84kg defeated Belarus’ Anton Isakau by 6-0 in a convincing performance.

“This is my third gold medal in European Championships and I am very happy. I want to continue at the highest level until 2020 because it takes hard work to make your dreams come true. I will not give up. I hope I can be in Tokyo 2020 and take the gold medal there,” said Ugur Aktas. 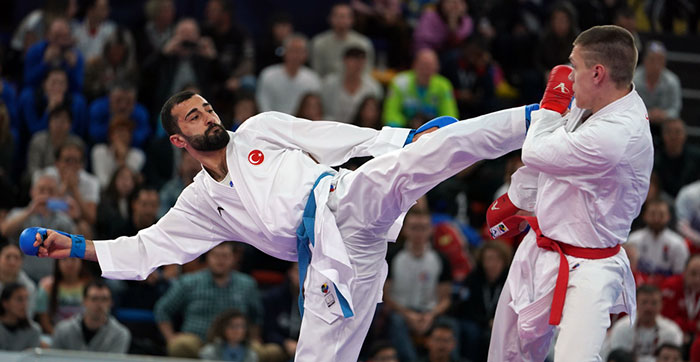 Turkey increased their tally of golds today with Merve Coban’s victory in Female Kumite -61kg. The 26-year-old Turkish karateka defeated Tjasa Ristic of Slovakia in the final 4-0 so to achieve her first continental title.

Meanwhile, Ukraine retook the continental title which they won two years ago after defeating Turkey in the final of Female Team Kumite. The Ukrainian side won the title-deciding round by 2-1.

The clash of legends featuring multiple-awarded karatekas Luigi Busa of Italy and Rafael Aghayev of Azerbaijan in Male Kumite -75kg ended with the title going to the Italian ace. Busa, performing with great efficiency, scored one “Yuko” to win the match and the title 1-0. It is the fifth continental title for Busa who had already won the crown in 2017, 2014, 2012 and 2007. 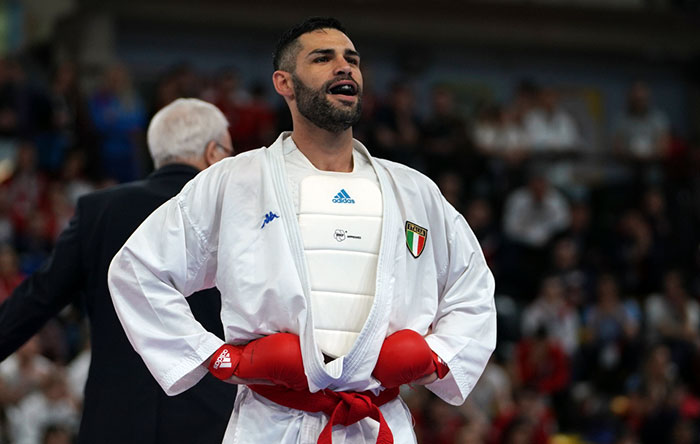 Meanwhile, Sophia Bouderbane of France produced an impressive demonstration of fighting abilities in the final of Female Kumite -50kg to surprise Bettina Plank of Austria. The 23-year-old karateka from France took a 5-0 triumph to win her first senior continental title.

The first day of medals of the #EuroKarate2019 also crowned the new European champions in the first Para-Karate categories. The Para-Karateka gave a moving performance on the tatami of the Pabellon Multiusos sports hall in Guadalajara and showcased their mind-blowing skills to take the European crowns and the standing ovation of the public. 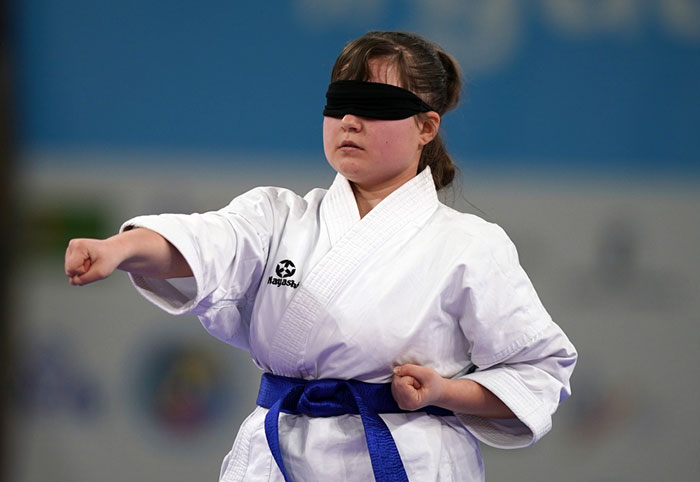 The Karate action continues on Sunday with the final day of the competition. The medal bouts of the last day of the tournament will be streamed LIVE on karateworld.tv