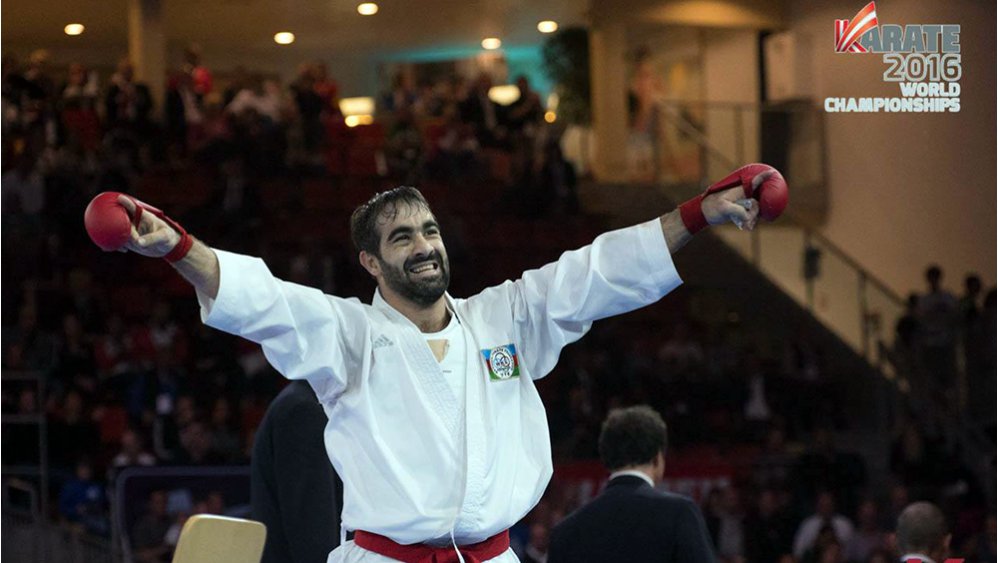 Rafael Aghayev, Giana Lotfy and Austria’s Alisa Buchinger were proclaimed among the new Karate’s kings and queens at the 2016 Karate World Championships being held in Linz (Austria). The first day of finals of the biggest Karate event crowned the new world champions in spectacular and thrilling bouts.

Rafael Aghayev, Giana Lotfy and Austria’s Alisa Buchinger were proclaimed among the new Karate’s kings and queens at the 2016 Karate World Championships being held in Linz (Austria). The morning session of the first day of finals of the biggest Karate event crowned the new world champions in spectacular and thrilling bouts.

Gold medals started pouring for the Japanese delegation early in the memorable day, as Ayumi Uekusa won the first title at stake after beating Greece’s Eleni Chatziliadou in Female Kumite 68+ kg category. The 24-year old karateka increased her impressive list of honours and got her tenth medal in ten appearances in major international competitions. The 2014 and 2012 World Championships bronze medallist finally reached the top of the podium thus being proclaimed as new domineering force in the category. 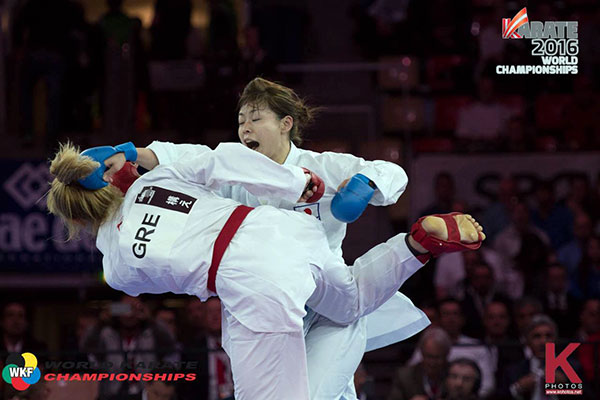 “This is what I wanted; I wanted to win and I was aiming at the medal. I used the teachings of my sensei to revert a difficult situation in the final bout. I am very happy for this medal,” said Uekusa.

Iranian representatives also had plenty of reasons to celebrate since the delegation of the Asian country wrapped up the morning with four medals. Sajad Ganjzadeh was proclaimed world champion of Male Kumite 84+ following his split decision victory over Achraf Ouchen of Morocco. The Mooroccan newcommer was not able to get the first gold for his country as the young Iranian karateka surprised in a disputed bout.

The Tips Arena in Linz burst with joy when local heroine Alisa Buchinger was proclaimed new world champion in Female Kumite -68kg. The Salzburg-born athlete defeated Katrine Pedersen of Denmark in a demonstration of power and domination. The 24-year old karateka lifted the sold-out arena with her impressive victory and turned the event into a Austria celebration thus confirming her status as one of 2016 World Championships biggest stars.

“There are no words to express how I feel right now. I am extremely happy for being able to live this experience of winning here, in this World Championships, at home, in front of my family and friends. It has been a perfect tournament for me,” said Buchinger.

“Since the elimination rounds I have performed at a great level; I was focused and I knew that today I had to attack and I had to be aggressive to beat my opponent. At the end (of the bout) I managed to get the ippon and after that, everything was easier. It was the perfect end to a perfect tournament,” added the Austrian star.

After his two consecutive heartbreaking defeats in the last two finals of World Championships, Japan’s Ryutaro Araga managed to reach finally the top of the podium and be crowned world champion in Male Kumite -84kg. The Japanese Karate Star dominated the final bout against Azerbaijan's Aykhan Mamayev so to claim his third medal in the biggest Karate event.

“I worked very hard for this moment and I am very happy for finally getting the gold,” said Araga. “After two silvers, I prepared very much to be at my best here in the World Championships. I competed a lot in Karate 1-Premier League competitions, I faced some of the best Karatekas and all of this gave me the confidence I needed to be here and win”.

Egypt’s Giana Lotfy confirmed her status of one of Karate’s biggest star and earned her second consecutive gold medal in World Championships after beating Lucie Ignace of France in the final of Female Kumite -61kg. The Egyptian Star extended her impressive list of awards and increased her outstanding count of victories to reach the top of the podium. The two-time world champion has not lost a bout in over two years and has claimed gold or silver medals in all her appearances in major international events since 2013. Her victory in the 2016 World Championships crowns Lotfy as one of the most sensational athletes of today's Karate. 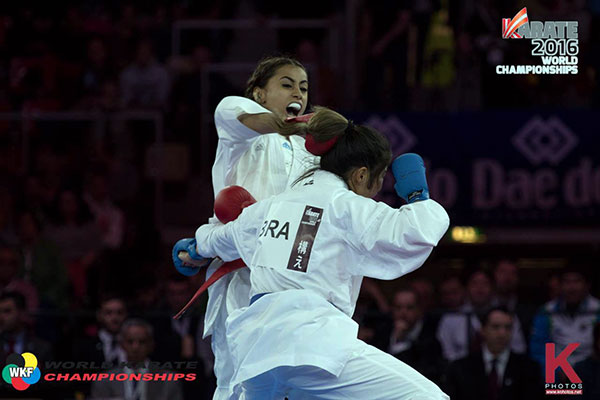 Karate’s biggest star Rafael Aghayev added a new and brighter episode to his magnificent legend and won his fifth gold in World Championships here in Linz. The 31-year old hero beat Omar Abdel Rahman of Egypt to claim the crown of Male Kumite -75kg so to continue writing new chapters in Karate’s history.

Aghayev’s victory in Linz represents a record-breaking fifth gold medal in World Championships, a feat never before achieved in the sport. The path to the world crown was not easy for the Azeri superstar, as the young Egyptian Rahman presented opposition against Karate’s top hero. Ultimately, Aghayev’s experience prevailed and the Sumqayit-born celebrity of the sport gave Karate fans around the world even more reasons to cherish his memorable career.

“This is like a dream for me. I know that I made history today and I cannot be more proud. I waited four years for this moment and knowing that no one else has achieved this success before make me feel even happier,” said Aghayev. 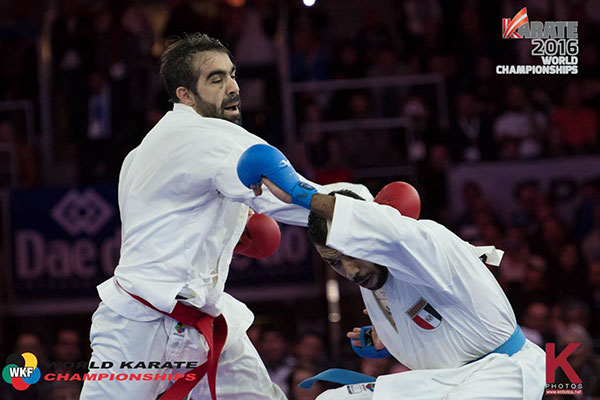 “I feel like a child right now. I want to thank all those who have supported me over the years; I feel especially grateful to my country. This medal is for Azerbaijan,” added Karate’s superstar.

After three emotional days in which Para-Karatekas from all over the world brought continuous examples of their amazing spirit, the moment came to award medals of the competition. While all the competitors in this discipline deserve all the merits, Patricia Wright of Canada and Albert Singer of Germany won the gold medals in the Intellectually impaired category. 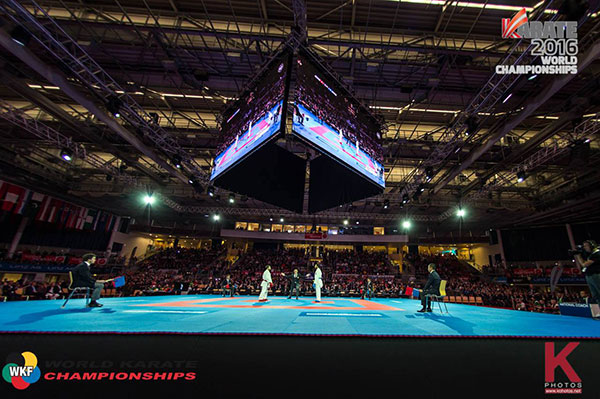