Karate 2020 Qualification Tournament: All you need to know 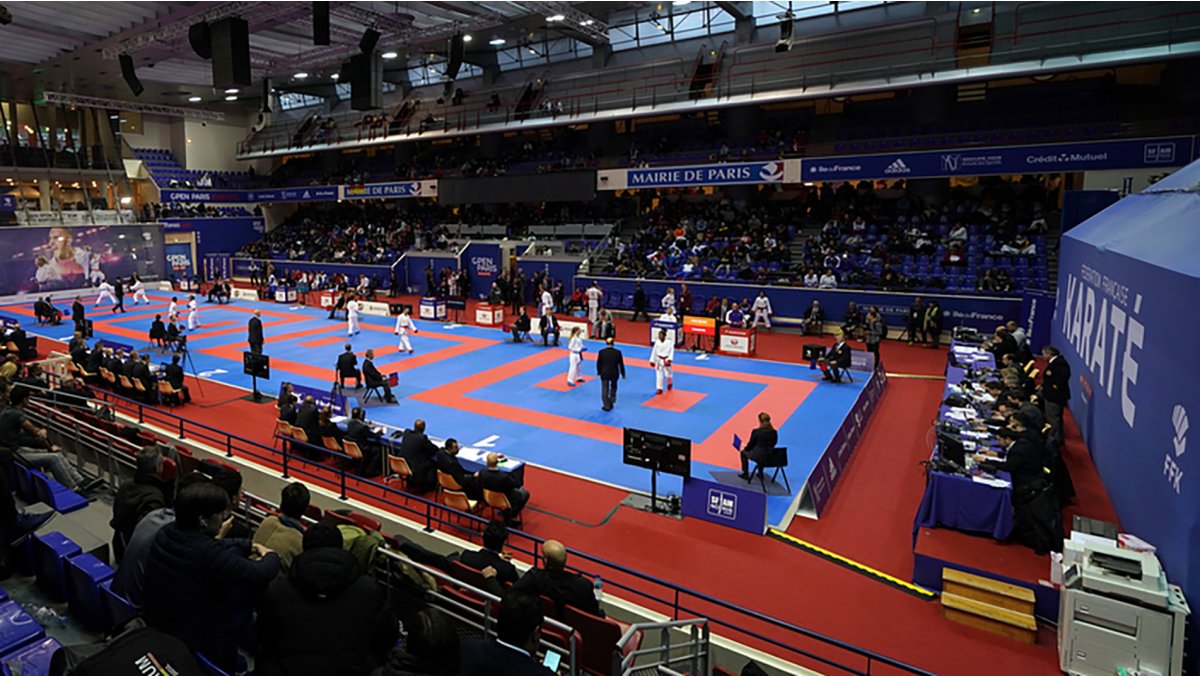 The last qualifying spots for the Karate competition at the Olympic Games Tokyo 2020 will be decided in Paris (France) from June 11 to 13. Find out all you need to know about the historic event below!

No fewer than 24 qualifying spots for the Olympic Games will be up for grabs at the event. The top three ranked karatekas in each of the eight Olympic categories will earn tickets to Tokyo 2020.

The Karate 2020 Qualification Tournament is the last opportunity for athletes to qualify for the Games. After the event, the final list of 80 men and women who will represent Karate on the world’s biggest sporting stage will be announced.

Forty competitors representing nearly 20 countries have already qualified for the Games directly through the WKF rankings.

CLICK HERE to go to the Olympic section on WKF.net

The qualifying tournament, scheduled for June 11 to 13, will take place at the Stade Pierre de Coubertin sports hall in Paris (France), a fitting venue as it is named after the founder of the modern Olympic Games. The competition on Friday and Saturday will take place from 09:00 to 20:30 (local times), while the action on Sunday is scheduled to run from 10:00 to 19:00.

As France is a major Karate hub, with over 160,000 affiliates and over 5,000 clubs, many major international Karate competitions have traditionally been held in the European country. The memorable 2012 World Championships, considered one of the most massive Karate events of all time, was organised in the French capital, as have all Karate 1-Premier League events since the inception of the competition in 2011 until 2020.

CLICK HERE for the official bulletin of the event

Fans can catch all the action as it happens on the WKF YouTube channel. All three days of competition, from the elimination rounds to the final rounds, will be available LIVE and free of charge.

The global popularity of Karate can be seen in the massive participation list for the event, with athletes coming from all five continents. Nearly 500 competitors from 98 countries are registered to participate in the tournament.

National Federations were allowed to register one athlete per category, excluding those weight divisions where their athletes have already qualified. Some 17 countries are travelling to Paris with a maximum number of eight karatekas.

A host of elite karatekas and continental champions will be competing, including current World Champions Dorota Banaszczyk of Poland and Eleni Chatziliadou of Greece, and former World titleholders Alexandra Recchia of France, Alisa Buchinger of Austria, Amir Mehdizadeh of Iran, and Jordan Thomas of Great Britain, among many others.

Unlike traditional Karate events that follow the knockout system, the Karate 2020 Qualification Tournament will be held under a round robin format.

After the first round of eliminations, the two finalists and the two winners of the repechage will compete in a round-robin, all-against-all format. The top three-ranked karateka from the pool will qualify for the Games and be awarded medals.