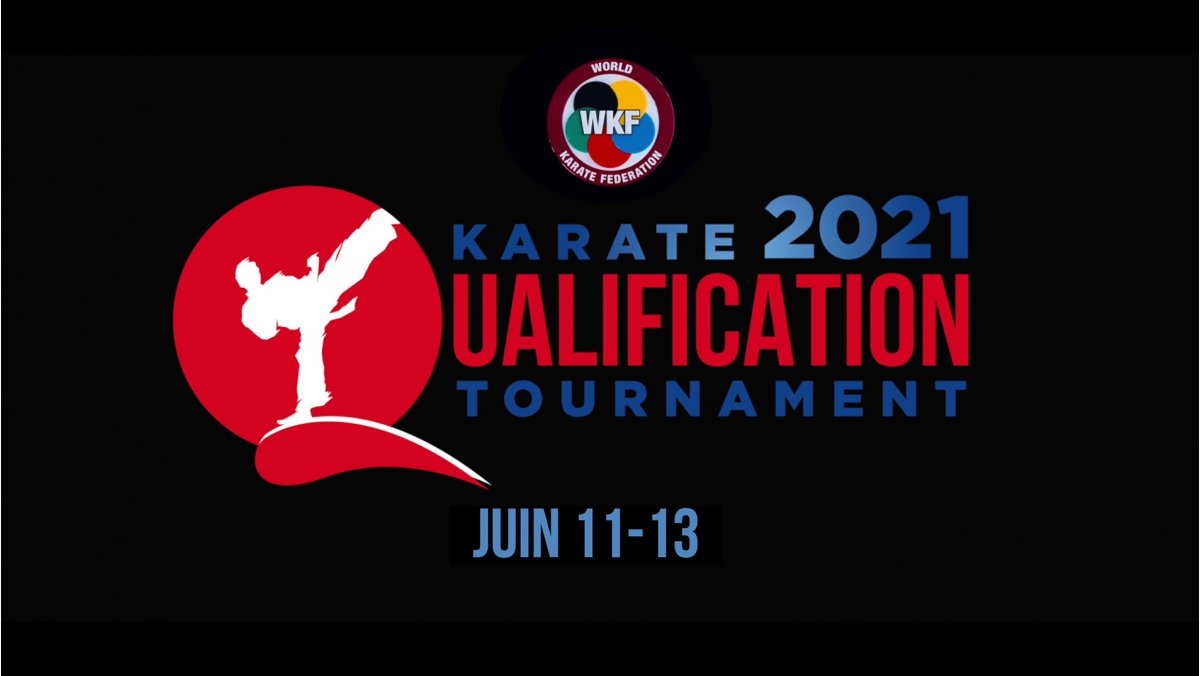 The athletes competing in the Karate 2020 Qualification Tournament now know the path they must follow to qualify for the Olympic Games Tokyo 2020. With the competition draws now completed, the countdown to the anticipated event has come to an end.

Over 500 athletes from 98 countries will clash for the Olympic qualification this weekend. The final 24 spots for Tokyo 2020 are up for grabs in the tournament to be held from Friday to Sunday at Stade Pierre de Coubertin in the French capital.

The draws completed today determine the clashes in the elimination rounds. In Female Kata all eyes will on top-seeded athlete Dilara Bozan (TUR) who has 2016 World Championships runner-up Sarah Sayed (EGY) as the top contender in the pool. Continental champion Alexandrea Anacan (NZL) is in pool 2 together with UFAK former champion Sanae Agalmam (MAR). Seed number 3 Jasmin Juettner (GER) starts in pool 1 with African title-holder Manal Kamilia Hadj Said (ALG), while pool 3 has local hopeful Alexandra Feracci of France as the front-runner.

Top-seeded athletes in Female Kumite -55kg will have complicated bouts in the opening of the event. Number 1 seed Jana Messerschmidt (GER) will fight against the winner of the clash between PKF top athletes Yorgelis Salazar (VEN) and Alessandra Vindrola (PER). Defending World champion Dorota Banaszczyk (POL) has been paired in Pool 4 with Ilaha Gasimova (AZE).

France’s Leila Heurtault leads the top-seeded karateka in Female Kumite -61kg and will face the winner of the bout Marianela Rosa Muchanga (MOZ) vs former Grand Winner Ingrida Suchankova (SVK). The second spot in the seeding is for Rozita Alipourkeshka (IRI) who clashes against the winner of the bout Cristina Garcia Ferrer (ESP) vs Karina Diaz Medina (DOM).

Feryal Abdelaziz (EGY) heads the seeding in Female Kumite +61kg. Her rival in the pool will be the winner of Shanee Torres (COL) vs Claudia Ionita (ROU). Seeded number 2 Elena Quirici (SUI) fights against the winner of the bout Ana Rita Oliveira (POR) and Martina Sachova (CZE). Defending World champion Eleni Chatzlidou (GRE) meets Kiti Smiljan (SLO) in the first round while former World champion and local favourite Alizee Agier (FRA) debuts against former European Championships medallist Johanna Kneer (GER) in one of the highlights of the morning session on day 3.

The Male Kata division has Ariel Torres (USA) as the number one seeded. He starts in pool 8 with current AKF Championships runner-up Ahmad Zigi Zaresta Yuda (INI) among other top karateka. The attention will be also in pool 4 with former World Championships Ilja Smorguner (GER) as the front-runner.

QUALIFICATION UP FOR GRABS IN MALE KUMITE -67KG

Top-seeded Eray Samdan (TUR) faces Oussama Edari (MAR) in round 2 of Male Kumite -67kg while number 2 in the seed Vinicius Figueira (BRA) clashes against former Grand Winner Andres Madera (VEN) in one of the top fights of the day.

ALL EYES ON STARS COMPETING IN MALE KUMITE -75KG

WHO WILL WIN IN MALE KUMITE +75KG?

For the full draws of the tournament, CLICK HERE.