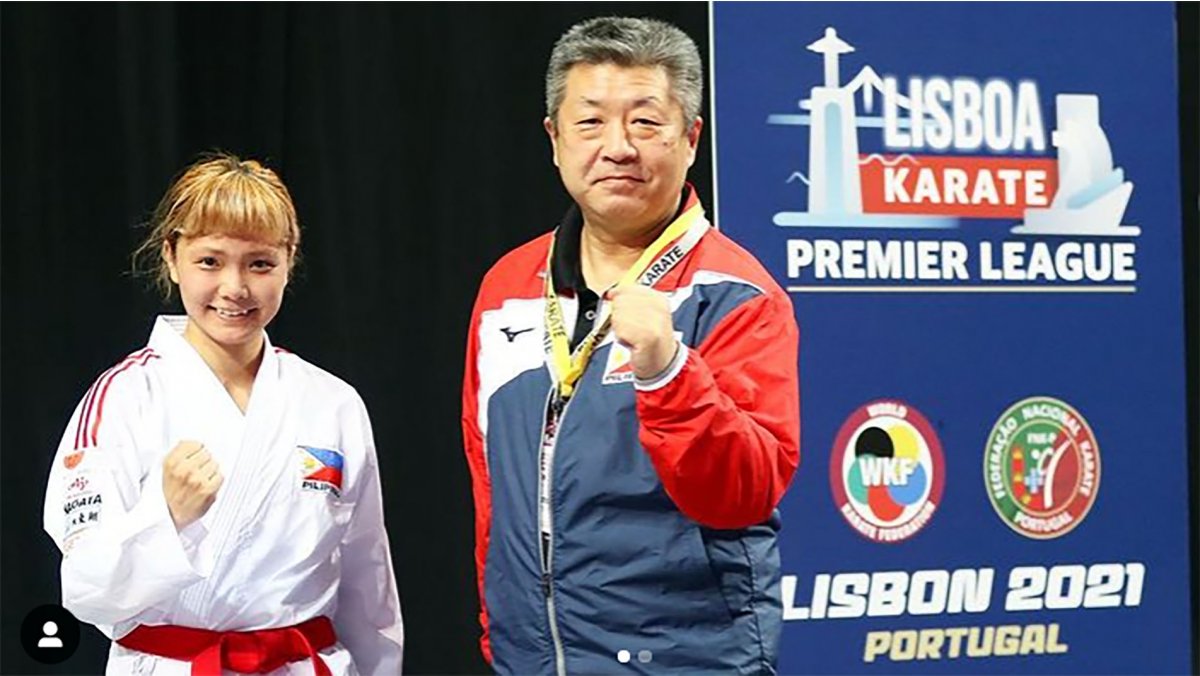 Junna Tsukii of the Philippines became one of the big names of the first day of the Karate 1-Premier League Lisbon after qualifying for the final of Female Kumite -50kg. The top-ranked Filipino karateka keeps her Olympic dreams alive while showcasing the strength of Karate values.

Born in the city of Pasay, Tsukii has strong ties with Karate and Japanese culture. Her father is Japanese, and she moved to Japan when she was three years old. After coming back to the Philippines, the 2019 Southeast Asian Games gold medallist returned to Japan to study at the University.

“I was born in the Philippines, but I grew up in Japan. My father is Japanese and my mother is from the Philippines, so I am close to both cultures,” Tsukii said. “I started practising Karate through my father and I learned all the tradition and values of Karate thanks to him. You can say that I have Karate in my blood,” she added. 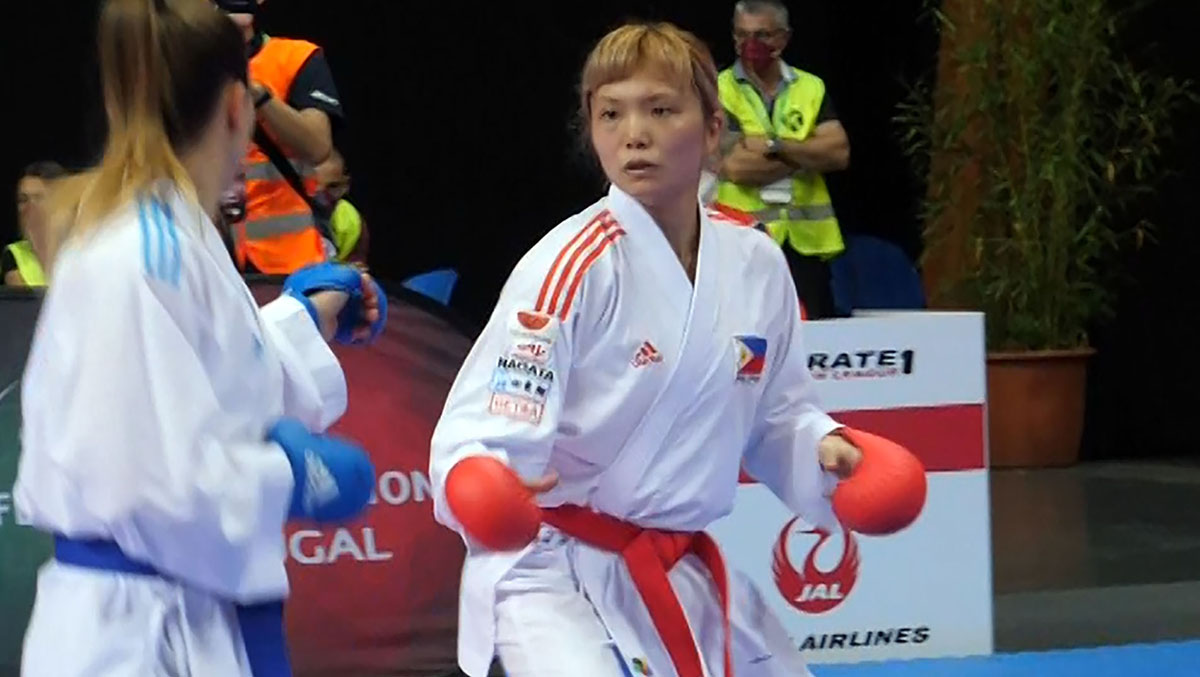 With her father now as her coach, Tsukii caused a sensation in Lisbon with her qualification to the final. After taking an outstanding 10-2 victory over Colombia’s Daniela Gallego and a slim 2-1 triumph over top contender Sara Bahmanyar of Iran, Tsukii edged Egypt’s Radwa Sayed (1-1) to top the pool in the first round of the competition. In the semi-finals, she beat two-time World champion Alexandra Recchia, in the big upset of the day.

“I have been waiting for this moment for over a year,” said Tsukii who suffered an early elimination at the opening event of the season in Istanbul. “My matches here were very difficult. You can tell that the top karatekas in the world are here.”

The 2018 Asian Games bronze medallist has spent the last two months living and training in Serbia to keep fighting for her Olympic dream and to protect herself from the spread of the coronavirus pandemic in her country. She defined the period as a “wonderful experience” and thanked current World champion Jovana Prekovic of Serbia who she shared training sessions over the last two months thus showcasing the strong community of Karate. “She is great, she is a fantastic competitor, and she has a wonderful personality. She has helped me a lot,” Tsukii recalls of her experience training with the current World title-holder.

Ranked in position 15 in the Olympic standings, Tsukii hopes to represent the Philippines in the Karate competition of the Olympic Games.