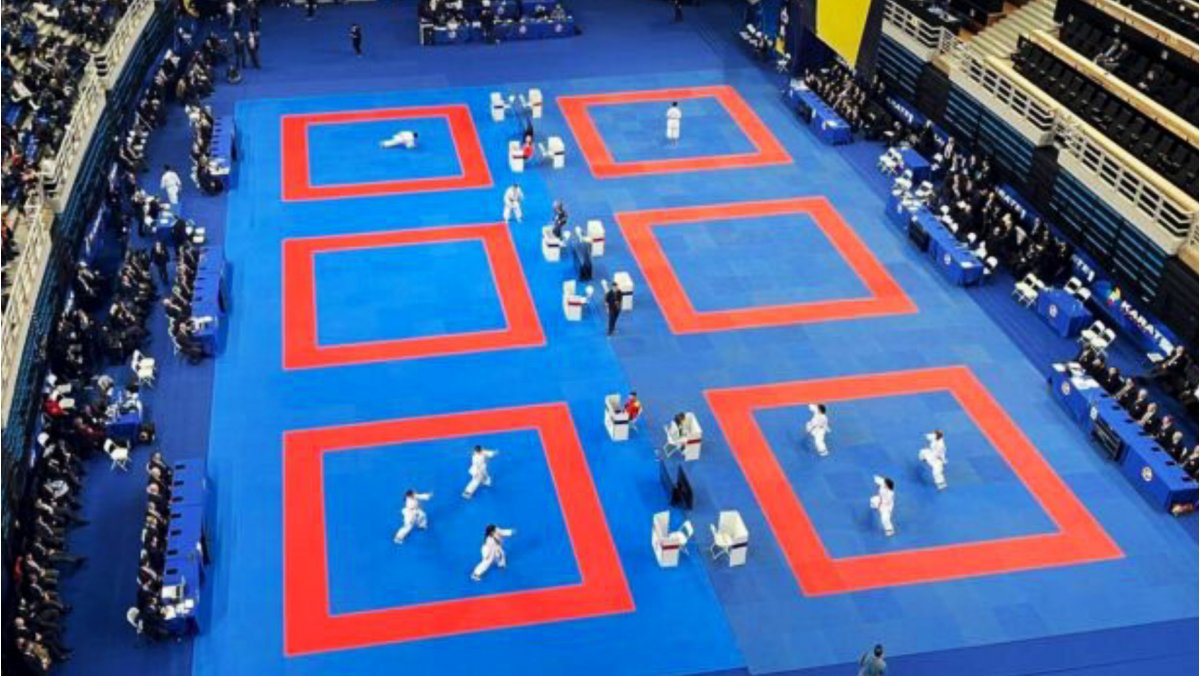 The second day of the competition of the 2023 Karate 1-Series A Athens put the Japanese karatekas in the spotlight as the representatives of the birth nation of the sport reached the finals in all the categories at stake today.

Japanese representatives also starred in Kumite. Sara Tsutusmi reached the final of Female Kumite -50kg. The U21 AKF Championships runner-up defeated teammate Rinka Tahata in the semi-finals 4-1 and will clash for the title against Catarina Rodrigues of Portugal. The 2020 U21 EKF Championships runner-up beat Sevil Bas of Turkiye in the semi-finals 2-1.

The final of Female Kumite -55kg will also have Japanese karatekas fighting for gold since Shima Airi qualified for the title-deciding clash. The promising Japanese karateka upset Nataliia Mandazhy of Ukraine in the semi-finals 2-0.

Her rival in the final is Syria Mancinelli of Italy who edged Shiori Nakamura of Japan 5-5 thus preventing an all-Japan final in the category.

The Japanese representative will meet Carmine Luciano of Italy in the final. The current U21 EKF Championships bronze medallist from Italy beat Anass Abdelmalki of Belgium in the semi-finals 3-1.

The last final spot for Japan came in Male Kumite -67kg. Yugo Kozaki wrapped up the outstanding performance of Japan as he reached the final following a tight victory over Marvin Garin of France in the semi-finals 6-6.

Kozaki will fight for the title against Joaquim Mendes of Portugal who edged Omer Abdurrahim Ozer of Turkiye in the semi-finals 2-1.

ONE MORE FINAL FOR GREECE

After the three final spots on day 1, local karatekas continued performing at a great level at home. Konstantina Chrysopoloudou made it to the final of Female Kumite -61kg after beating Fatma Naz Yenen of Turkiye 2-1.

The local karateka will fight for the title against Sarara Shimada of Japan, in one more final spot for the delegation of the birth nation of the sport. Shimada qualified for the final after upsetting Emina Sipovic of Bosnia and Herzegovina 3-0.

The clash between Spain vs Peru for the title of Female Team Kata completed the list of finals on day 2 of #Karate1Athens.

CLICK HERE to find more info on the 2023 Karate 1-Series A Athens, including results.