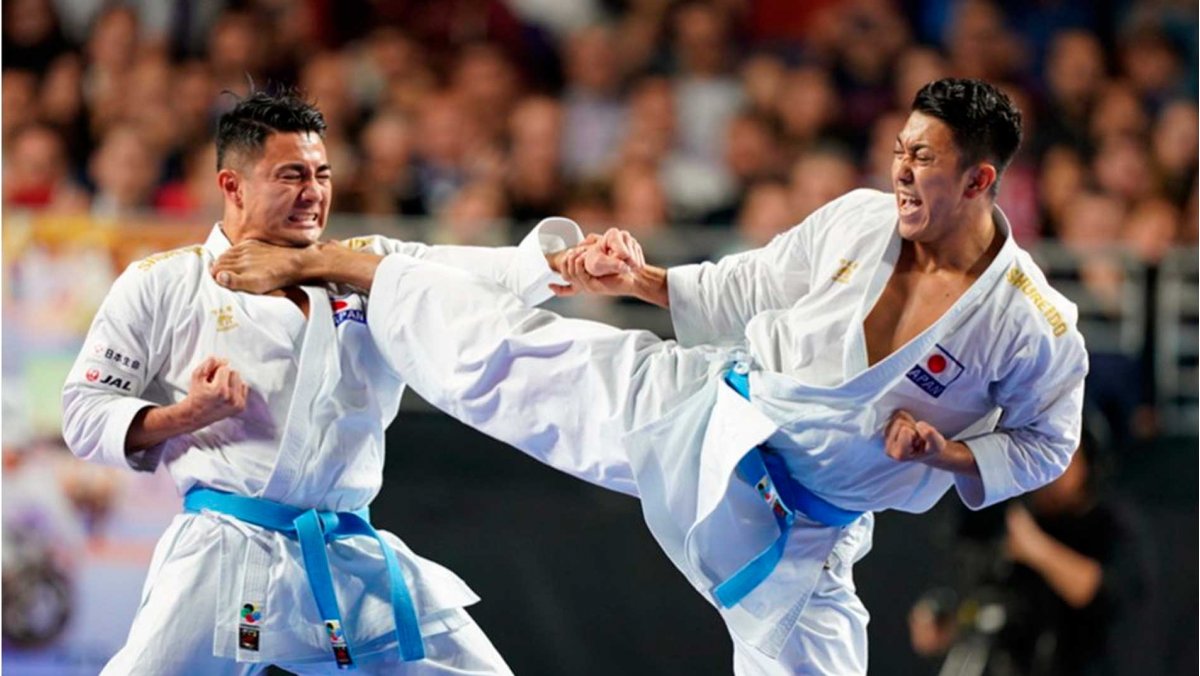 The 2018 Karate World Championships concluded in Madrid (Spain) on Sunday in a true celebration of the sporting spirit and values of the sport. After six thrilling days of Karate action, the historic edition of the tournament crowned the new kings and queens of the sport. Japan with ten medals and four golds topped the final medal table of the competition, followed by Iran and France.

The 2018 Karate World Championships concluded in Madrid (Spain) on Sunday in a true celebration of the sporting spirit and values of the sport. After six thrilling days of Karate action, the historic edition of the tournament crowned the new kings and queens of the sport. Japan with ten medals and four golds topped the final medal table of the competition, followed by Iran and France.

The final day was focused on the team categories. After the proclamation of France as new World champions in Female Team Kumite on Saturday, Iran took the world crown in Male Team Kumite while Japan won both gold medals in Team Kata.

The representatives of the birth nation of the sport confirmed their domination of the Kata categories as well as the first place in the medal table with two gold medals in both Male and Female Team Kata competitions. Japan and Spain had a double confrontation in the finals of Team Kata today, and both of the titles went to the Asian nation. 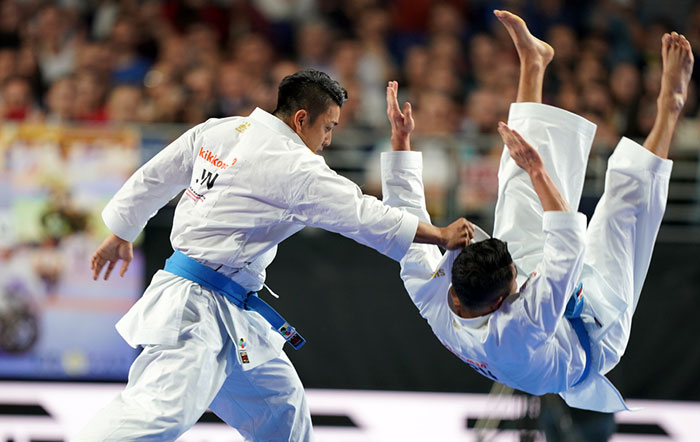 In Male Team Kata, Spain excelled with their Anan kata but the Japanese side headed by three-time World champion Ryo Kiyuna performed a flawless Anan Dai to take the gold medal by unanimous decision 5-0. It is the second consecutive world title for the Male Japanese side.

?As the birth-place of Karate, we could demonstrate the continued success of Japan. I hope that we can keep on improving so we can bring more success to our ry, said Ryo Kiyuna who became one of the big names of the event after taking two gold medals in individual and team competition.

The Female Team representing Japan extended the success of the powerhouse nation of the sport and also reached the top of the podium. The Japanese side defeated Spain in the final and claimed the second world crown in a row for the Asian squad in the category. The young Spanish team showed a great level in their Paiku kata but Japan and their ?Unsu? kata were declared the winner by unanimous decision 5-0. 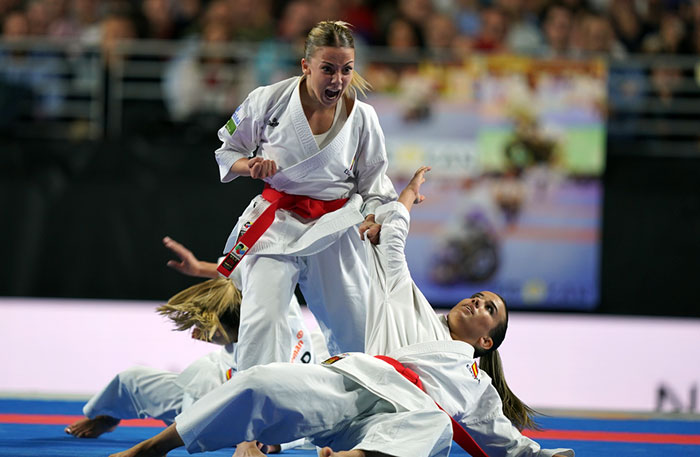 We are very pleased that we could bring the title back to Japan. For us, it is an honour to be part of the national team and we are happy for the result. We hope we can continue improving the Japanese way of doing Kata which is very different from the rest of the world,? stated Sae Taira.

In a demonstration of total domination of the team competition, the Male squad of Iran kept the world crown of the category after producing an impressive display of offensive Karate. The Iranian side defeated Turkey in a roller-coaster of final. The Turkish side was on the brink of producing the big upset of the day as they took a clear lead with two victories in the first two bouts. However, the Iranian side headed by 2017 Grand Winner Sajad Ganzjadeh bounced back and won the three following bouts to put the final 3-2. With this new title, Iran claim their third consecutive world crown after the victories in Linz 2016 and Bremen 2014. 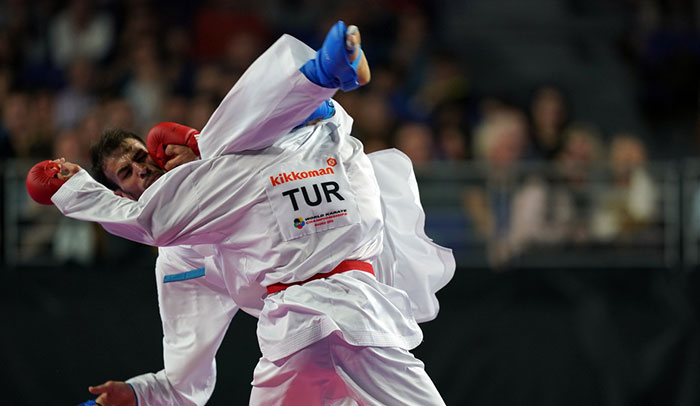 After the inspiring demonstration of the two first Para-Karate categories on Saturday, the Para-Karate Championships were completed with the Wheelchair users competition. Just as it happened the previous day, the para-karatekas gave a moving performance and showcased the outstanding positive impact that the sport has on people with impairments.

The title in the Wheelchair users competition went to Spain and Egypt. Abdelaziz Abouelnaga of Egypt took the crown with his victory over team-mate Mohamed Allakany in the final of the male category. In the female category, Isabel Fernandez Jimenez gave hosts more reasons to celebrate with another gold medal after her victory over Russia?s Marina Kulikova.

The 24th edition of the Karate World Championships finished with a closing ceremony that put Karate in the direction of the next edition of the event to be held in Dubai in 2020. The 2018 Karate World Championships went down to history as the most attended tournament of its kind in the history of the sport. The event also broke all coverage records as the most-followed Karate competition. It also set new standards for future Karate events in terms of presentation and showmanship with actions like the spectacular ?Karate Soul? mapping show. 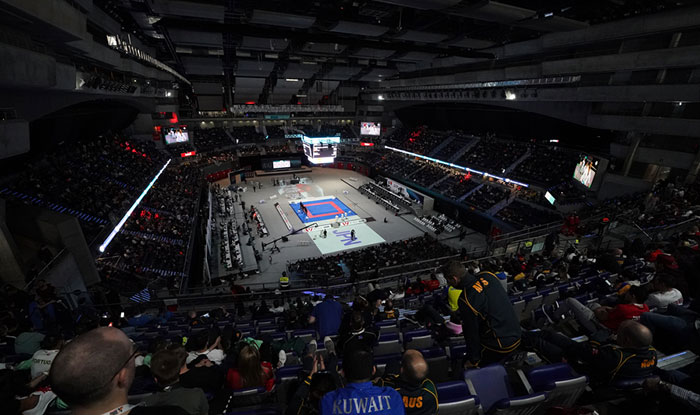