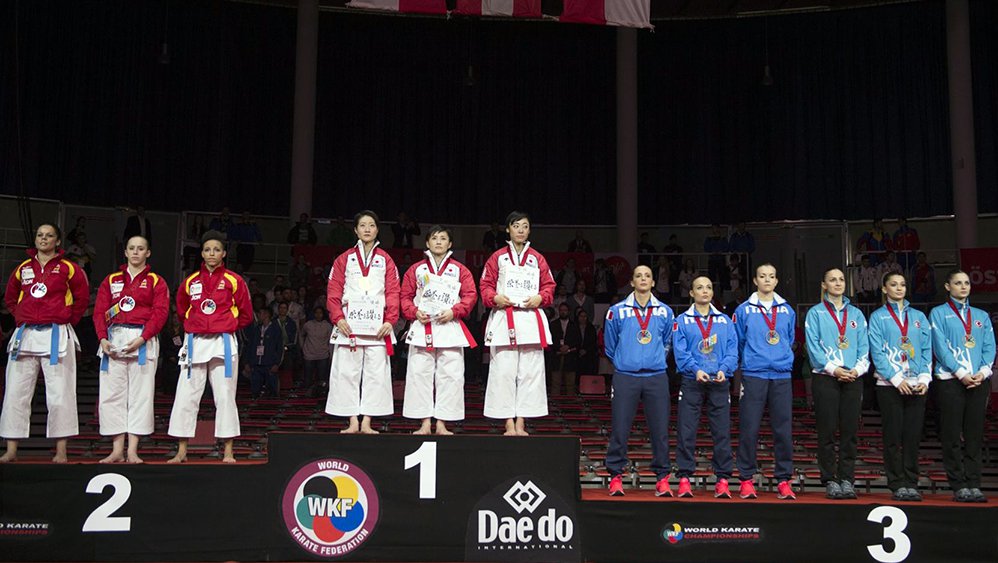 Outstanding victories by both Male and Female Kata teams helped Japan finish the 2016 Karate World Championships in first position of the final standings of the thrilling competition being held in Linz (Austria), thus confirming the domination of the birth nation of the ancient discipline.

Outstanding victories by both Male and Female Kata teams helped Japan finish the 2016 Karate World Championships in first position of the final standings of the thrilling competition being held in Linz (Austria), thus confirming the domination of the birth nation of the ancient discipline.

The last day of action rounded off the biggest Karate tournament, as the new kings and queens of the sport were crowned in the Austrian city. After five thrilling days of competition, the Karate world met the new heroes of the sport who prevailed in the memorable tournament. Five-time world champion Rafael Aghayev of Azerbaijan, two-time gold medallists Ryo Kiyuna and Kiyou Shimizu of Japan, and double champion France?s Alexandra Recchia were among the start of the event.

Driven by two-time world champion Ryo Kiyuna, and completed by Arata Kinjo and Takuya Uemura, the Japanese Male Kata team confirmed its authority in the category by beating France in the final. The side of the Asian ry, after staying away from the medals two years ago in Bremen, recovered the world crown winning all the bouts by unanimous decision.

?I feel extremely happy for this gold, even happier than with my victory in individual Kata. We prepared for this moment for many years, and for us it is a dream come true,? said Ryo Kiyuna.

?This gold medal is the conclusion of a very intense preparation and a long time training in Okinawa. (Our coach) Sakamoto sensei trained us very well and I would like to thank him for this success,? declared Takuya Uemura. 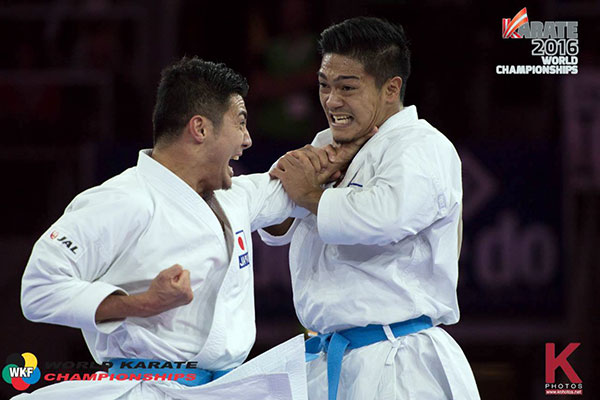 Golden finale for Japan in Linz

The Female Kata Team put a golden finishing touch to Japan?s sensational performance in Linz and was crowned new world champions of the category. The side composed by Miku Morioka, Hikaru Ono and Yamashita had presented a forceful performance in the previous bouts after convincing victories over Hong Kong and Croatia, and barely edging Italy in the semi-final. In the key bout, Japanese karatekas upset Spain by unanimous decision.

The victory in Linz represents the reclamation of the world title by Japan after losing the final against Germany in Bremen two years ago. This time in Linz, Japan?s Kurunfa kata proved too strong for Spain?s Paiku kata.

The Male Team Kumite category was confirmed as one big highlight of the event after thrilling and disputed bouts in all the rounds. Iran was proclaimed the strongest side following their narrow victory over Japan in an outstanding final. With gold medallist Sajad Ganjzadeh as main representative, the line up composed by Saeid Ahmadikaryani, Bahman Asgari Ghonheh, Ali Fadakar, Mahdi Khodabakhshi, Zabiollah Poorshab and Ima Sanchooli prevented Japanese delegation from winning gold in all the finals of the day while ratifying its authority in the category.

Iran defended the title achieved in Bremen two years ago, and the squad of the Asian ry renewed their world title in an energetic demonstration of collective power. 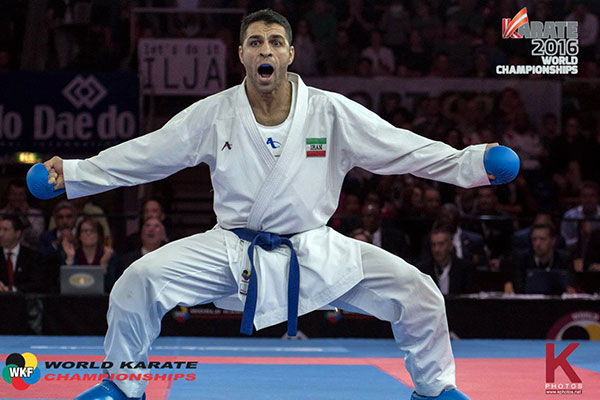 After the imposing culmination of the blind/visually impaired and intellectually impaired categories on Saturday, the last day of the event served to top off the wheelchair competition. Karate fans from all around the world had the opportunity to witness once more the striking abilities of the participants who dazzled with their katas. The gold medals were claimed by Skender Tosic of Slovenia and Knarik Airapetian of Ukraine.

MVP?s of the tournament announced

Once all the medals were allocated, it was the moment to honour the biggest stars of the memorable event. The Most Valuable Players in all six major categories of the competition were named so to revere the karatekas who had fascinated during the tournament.

The MVP award for Male Kumite went to Karate?s biggest star Rafael Aghayev. The Azerbaijani hero won his fifth world title in Linz, so to extend one of Karate?s most epic careers.

In Female Kumite, Austria?s Alisa Buchinger was named MVP of the competition after taking the organising ry to a well-deserved gold medal. The Salzburg-native completed a perfect competition and caused a sensation with her victories in the host nation. 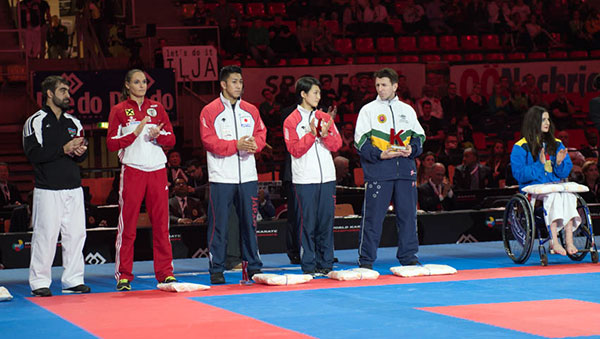 Ryo Kiyuna of Japan received the MVP of the Male Kata category thus rounding off a dream tournament. With two gold medals to ac for, Kiyuna demonstrated to be kata?s king in Linz.

Also acting as two-time world champion, Kiyou Shimizu of Japan was honoured as Female Kata most outstanding competitor. The 22-year old karateka stated her domination in the category after a memorable quest to glory.