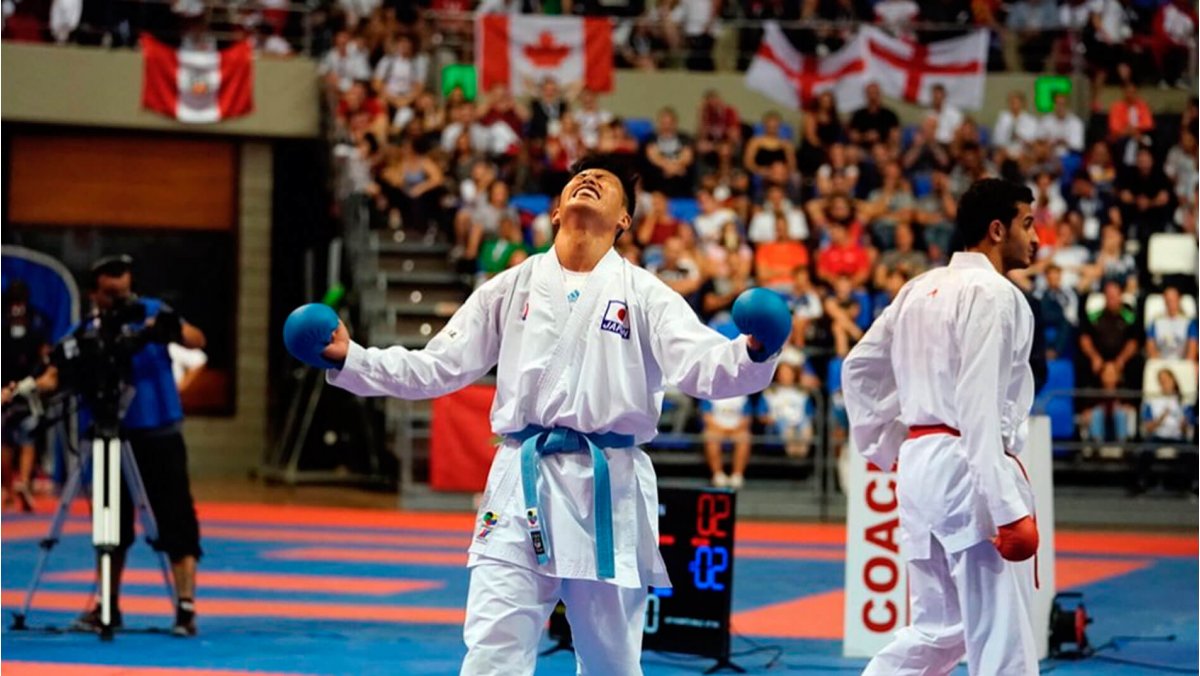 Japan were hailed on Sunday as the top nation in underage Karate amid the successful celebration of youth sport at the 2017 World Cadet, Junior & U21 Championships.

Japan were hailed on Sunday as the top nation in underage Karate amid the successful celebration of youth sport at the 2017 World Cadet, Junior & U21 Championships being held this week in Tenerife (Spain).

Showing an impressive level of performance, the promising karatekas from the birth nation of the sport claimed a remarkable tally of 18 medals to top the final standings of the competition. With ten golds under their belt, the Japanese representatives dominated the competition and presented their candidacy to lead the sport at the Youth Olympic Games in Buenos Aires 2018.

Representatives of the ruling nation at the event starred in the last day of action in Tenerife. In one of the biggest upsets of the tournament, Japan’s Yugo Kozaki beat top favourite Sadriddin Saymatov of Uzbekistan to become the new world champion in U21 Kumite Male -60kg. Despite completing an outstanding season after taking the Grand Winner award, the silver medal at the Asian Championships and three Karate 1-Premier League titles this year, Saymatov could not defeat the firm Japanese karateka in the final. Kozaki signed two yukos for one point for his rival to win the world title.

“I am so happy! It was a very challenging final and it has been a very hard tournament, but I am glad that I could win,” said Yuko Kozaki. 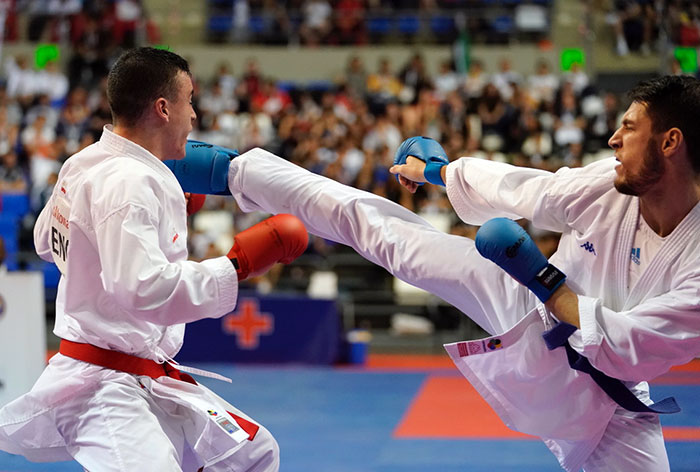 The Japanese demonstration continued in the U21 Kumite Male -67kg category, as Soichiro Nakano prevailed over Moamen Mohamed of Egypt in a roller-coaster of a bout. The Egyptian karateka scored a late waza-ari to take the lead in the match, but Nakano connected a yuko in the last second to get a surprising 2-1 and the World Championships crown.

“I want to thank my ‘sensei’ and all my teammates for this victory. I am very honoured for this title,” declared Soichiro Nakano.

Risa Sugimoto secured Japan a tenth gold medal at the tournament as the promising karateka prevailed in U21 Kumite Female +68kg. The young athlete overpowered Lora Ziller Austria with three yukos and finalised the list of gold medallists coming from the top Asian country.

Egypt and France also concluded the tournament in style as they claimed two of the gold medals in offer on the final day in Tenerife.

The highest scoring bout of the day happened at the U21 Kumite Male -84kg. Ahmed Elmasry of Egypt and France’s Jessie Da Costa engaged in a spectacular exchange of effective Karate actions that ended with the Egyptian karateka taking the title. The French representative connected two yukos and one waza-ari, but his rival demonstrated an impressive efficiency to score no less than four yukos, one waza-ari and one ippon to win 9-4. 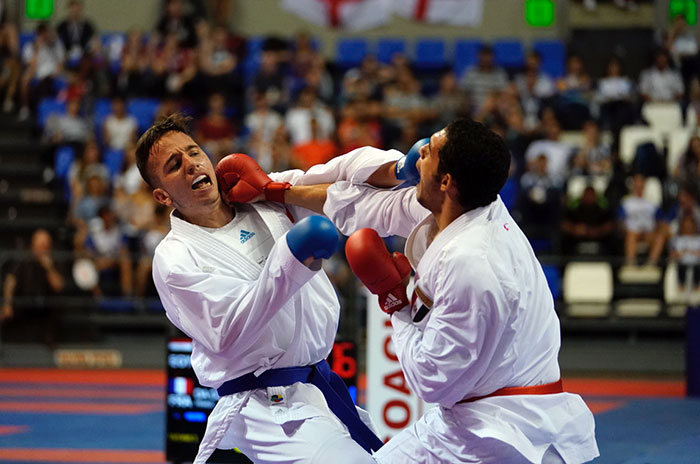 Italy’s Michele Martina presented one of the most impressive demonstrations of striking power of the day. The current U21 European Championships runner-up closed out the bout with one yuko, one waza-ari and one ippon to upset Mitchell Thorpe England and take the title of U21 Kumite Male -75kg.

In U21 Kumite Female -68kg, Lea Avazeri of France claimed the second gold medal for her country after defeating Marianth Cuervo Baute of Venezuela by ‘senshuu’. In U21 Kumite Male +84kg Alparslan Yamanoglu of Turkey defeated current European champion Simone Marino of Italy by four yukos to one.

The thrilling last day of action wrapped up the record-breaking 2017 World Cadet, Junior & U21 Championships. The highest number of participants ever to take part at an underage World Championships participated in Tenerife as over 1700 competitors from 109 countries were registered to celebrate youth Karate in Tenerife. The increasing outstanding impact of the sport among young ages was demonstrated at the memorable event celebrated this week in the Canary Islands.