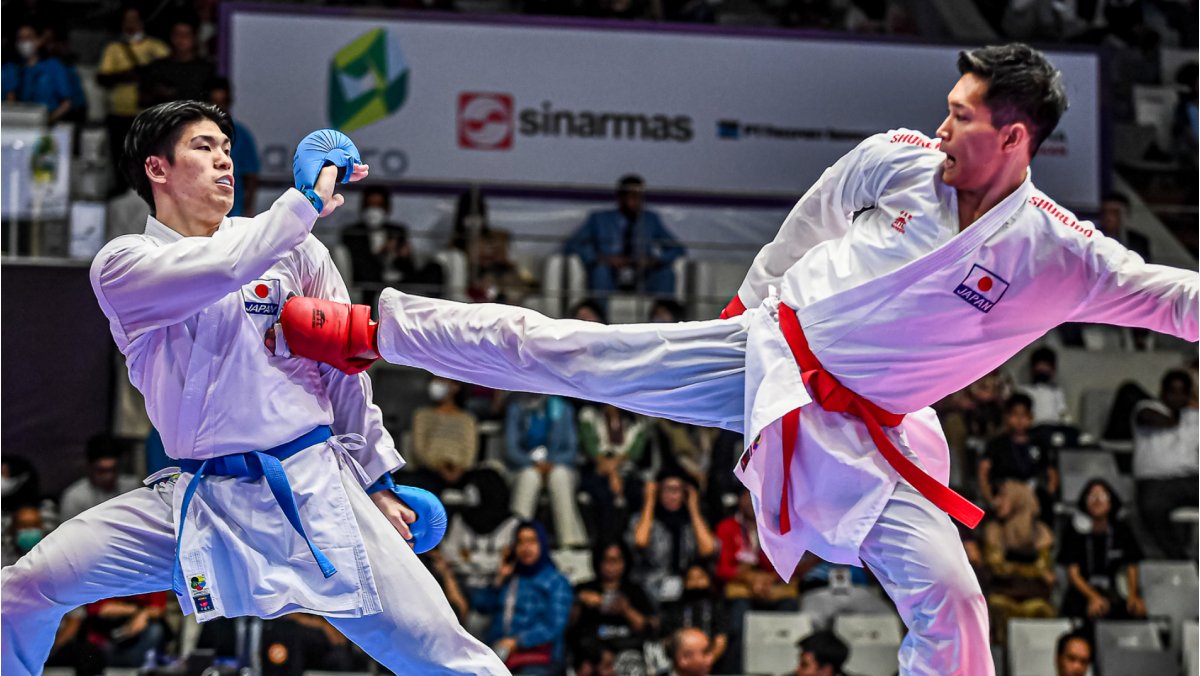 The 2023 Karate 1-Series A Athens concluded Sunday. The Japanese delegation was able to top the medal table of the event after winning six gold medals.

The two gold medals in individual Kata went to Japan, as the two finals of the category had karatekas of the birth nation of the sport competing for the title.

The gold medals in Male and Female Team Kata were taken by Kuwait and Spain respectively.

The title in Male Kumite -60kg was claimed by Hiromu Hashimoto who took a convincing 8-1 victory over Italy’s Carmine Luciano.

Also with a compelling triumph (6-2), Yugo Kozaki took the fifth title for Japan after defeating Joaquim Mendes of Portugal in the final of Male Kumite -67kg.

The final of Male Kumite -84kg saw Japan clashing against hosts of Greece, with the title going to Japan’s Junya Eto over local hopeful Konstantinos Mastrogiannis (3-1).

The organizing nation had reasons to celebrate as local athletes took the flag of the host country to the top of the podium. Konstantina Chrysopoulou won gold for Greece in Female Kumite -61kg after beating Sarara Shimada of Japan 3-1 in the final.

The second crown for Greece was taken by Kyriaki Kydonaki in Female Kumite +68kg. The current EKF Championships bronze medallist defeated Kelara Madani of the United States in the final 4-0.

Catarina Rodrigues of Portugal caused one of the big upsets of the day as she defeated Sara Tsutsumi of Japan in Female Kumite -50kg. The 2020 U21 EKF Championships runner-up edged Tsutsumi in the final 3-3.

The title in Female Kumite -55kg went also away from Japan since Syria Mancinelli of Italy upset Japan’s Airi Shima. The Italian karateka won the final 4-0.

The Karate 1-Series A travels now to Konya (Turkiye) where the second event of the season will be held from March 10 to 12.

Relive all the action of the medal bouts of the Karate 1-Series A Athens on the WKF YouTube channel by CLICKING HERE.

CLICK HERE to find more info on the 2023 Karate 1-Series A Athens, including results.