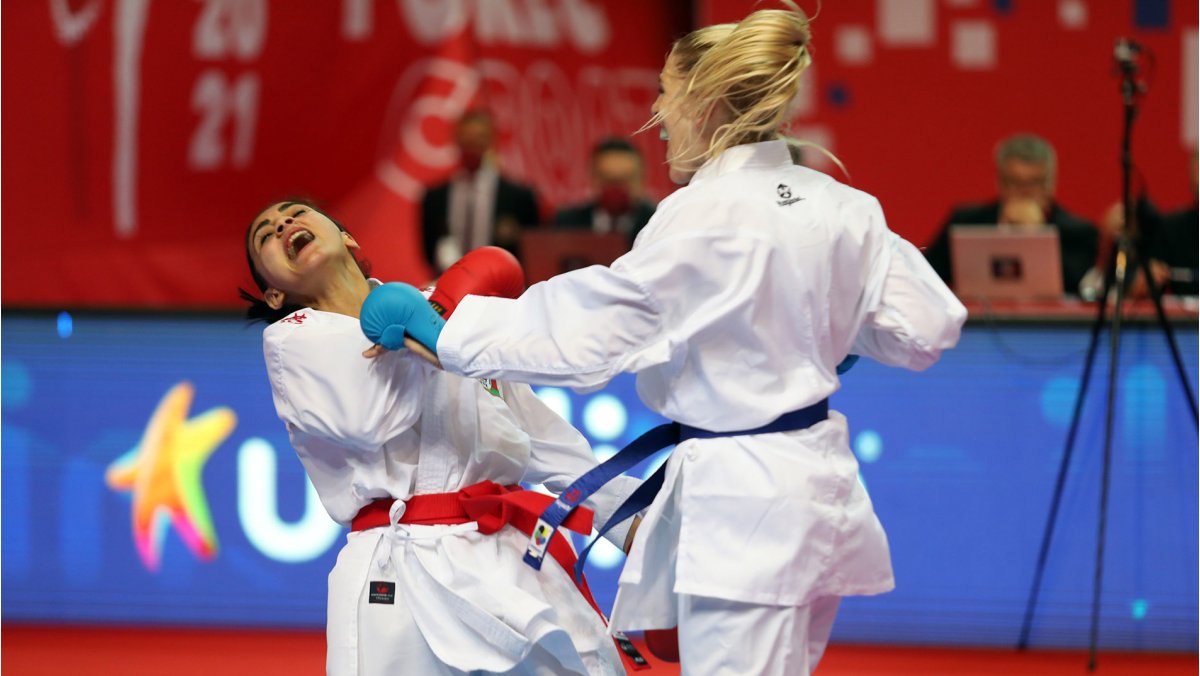 The Olympic quest continued on the second day of Karate action of the 2021 European Karate Championships. Jana Messerschmidt of Germany became the big winner of the day as her qualification to the final puts her on the path to the ticket to the Olympic Games

Germany’s Jana Messerschmidt was on stellar mode today to qualify for the final of Female Kumite -55kg. The number 5 in the Olympic standings paved her way to earning the ticket to the Games by standings after making it to the last round of the competition.

The current World Championships runner-up claimed a comfortable victory over Azerbaijan’s Ilaha Gasimova in the semi-finals 5-1.

The strength of Karate’s uprising stars was confirmed on the other side of the pool as 19-year-old Anna Chernyseva of Russia surprised favourites with her qualification to the final. The current U21 European Championships silver medallist upset Sara Cardin of Italy in the semi-finals 5-3. 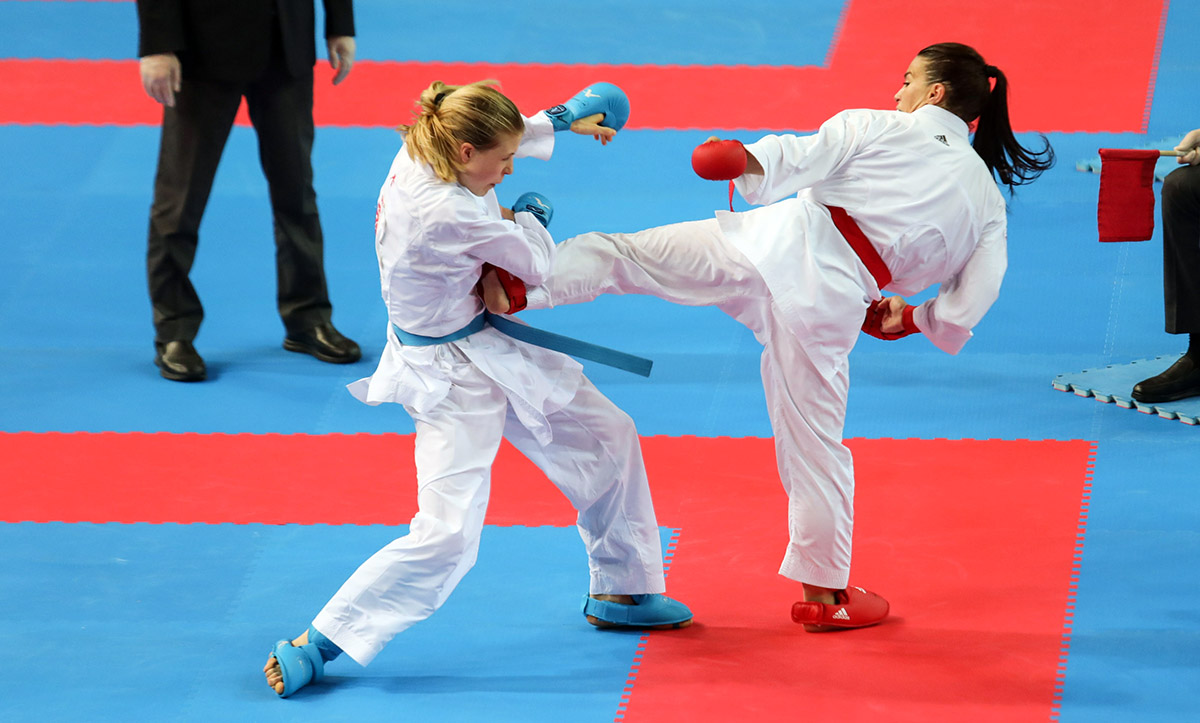 “I felt stronger and faster as the tournament progressed. I am very happy especially with my performance in the semi-finals. I was down on the scoreboard and I had to come back from behind. When the bout finished and I realised that I was in the final, I felt like if I was flying in the clouds,” said Chernysheva.

“I am very happy to be in the final. The semi-final was very difficult but now I focus on winning the final. I don’t think much about the Olympic qualification. I am here and I want to be the European champion. I want to enjoy being in the final,” said Messerschmidt. 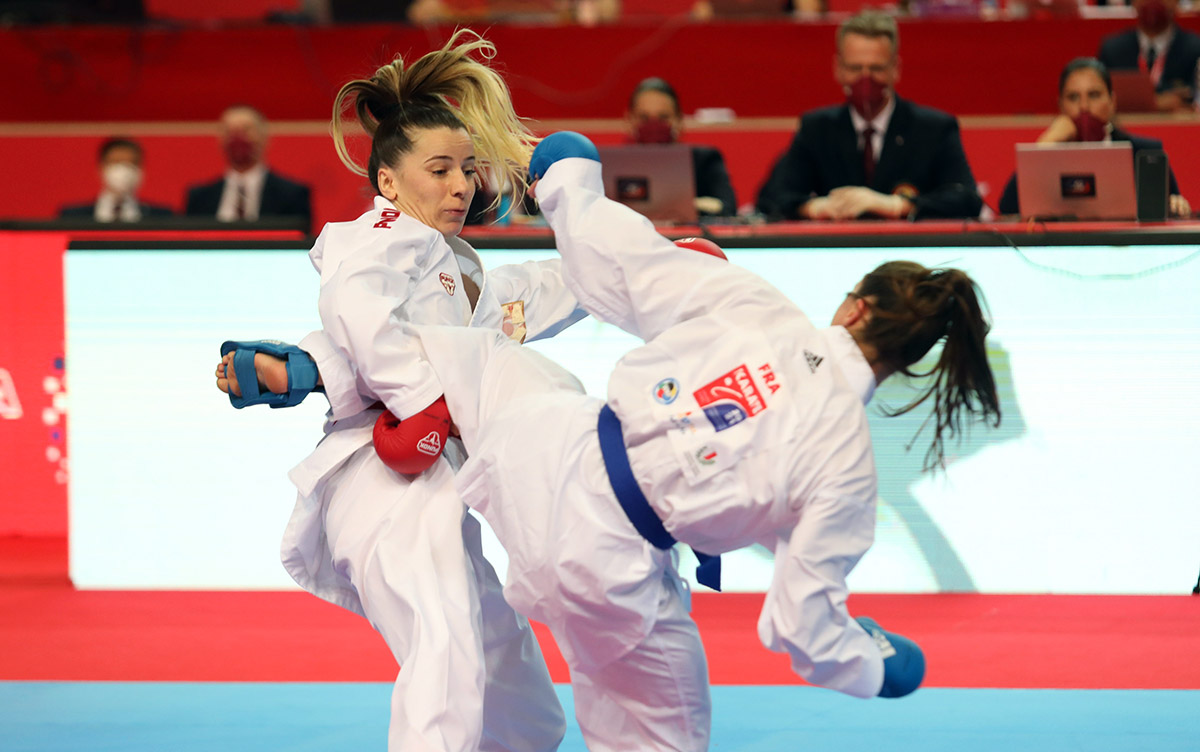 “In Lisbon, at the Karate 1-Premier League I made several mistakes but today I made sure that I didn’t repeat those mistakes. I am happy to be in the final. I hope to win gold on Sunday,” said Serap Ozcelik Arapoglu.

The final of Female Kumite -50kg will be a repetition of the title-deciding clash of Karate 1-Premier League Istanbul. Silver medallist in Istanbul Shara Hubrich of Germany qualified to her first senior continental final after beating Kateryna Kriva of Ukraine 4-0.

The final of Male Kumite -67kg will have Evgeny Plakhutin of Russia fighting for gold against Dionysios Xenos of Greece.

Plakhutin is the current European champion and used his title-holder status to fight for his second consecutive continental title. The Russian karateka edged Burak Uygur of Turkey by “Hantei” or decision 1-1.

Fresh off his silver medal in Lisbon, Kalvis Kalnins of Latvia showed strength to qualify for his second consecutive final on the international stage this year. The winner of the European Games beat Florian Haas of Germany 4-1 in the semi-finals. 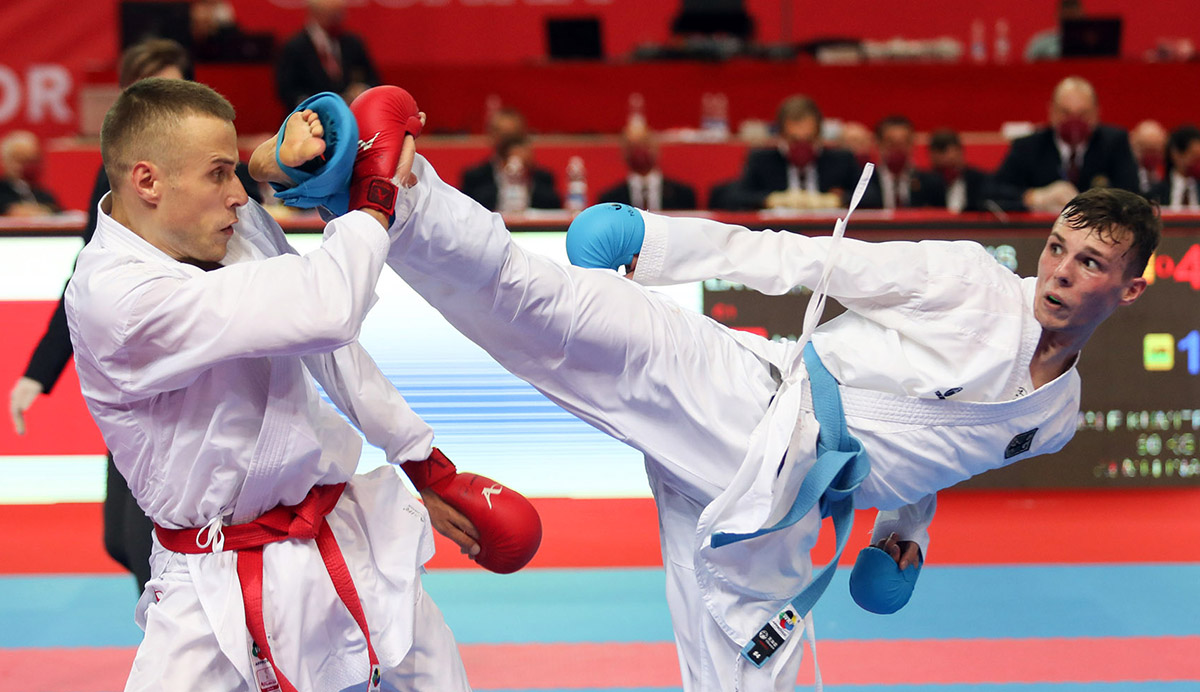 The category of Male Kumite -60kg will see Eray Samdan of Turkey clashing for gold. The fourth-placed in the Olympic standings, who barely missed the ticket to the Games defeated Danilo Greco of Italy 7-1. 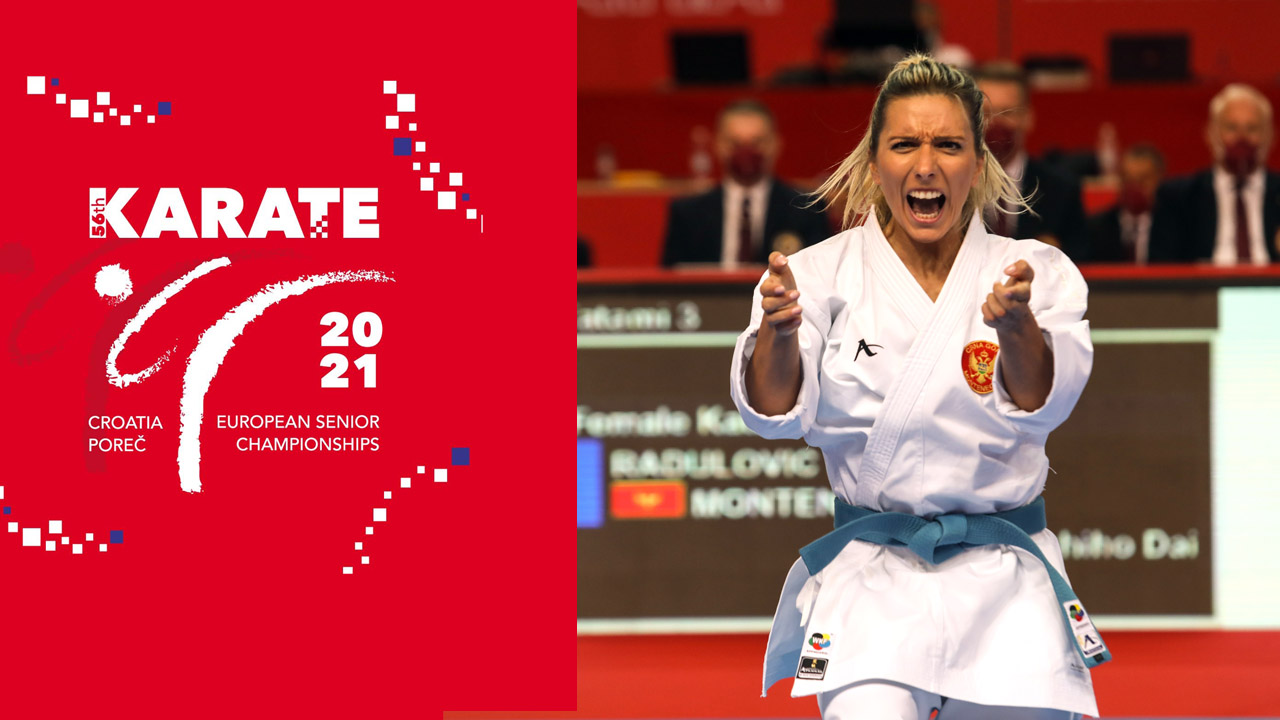