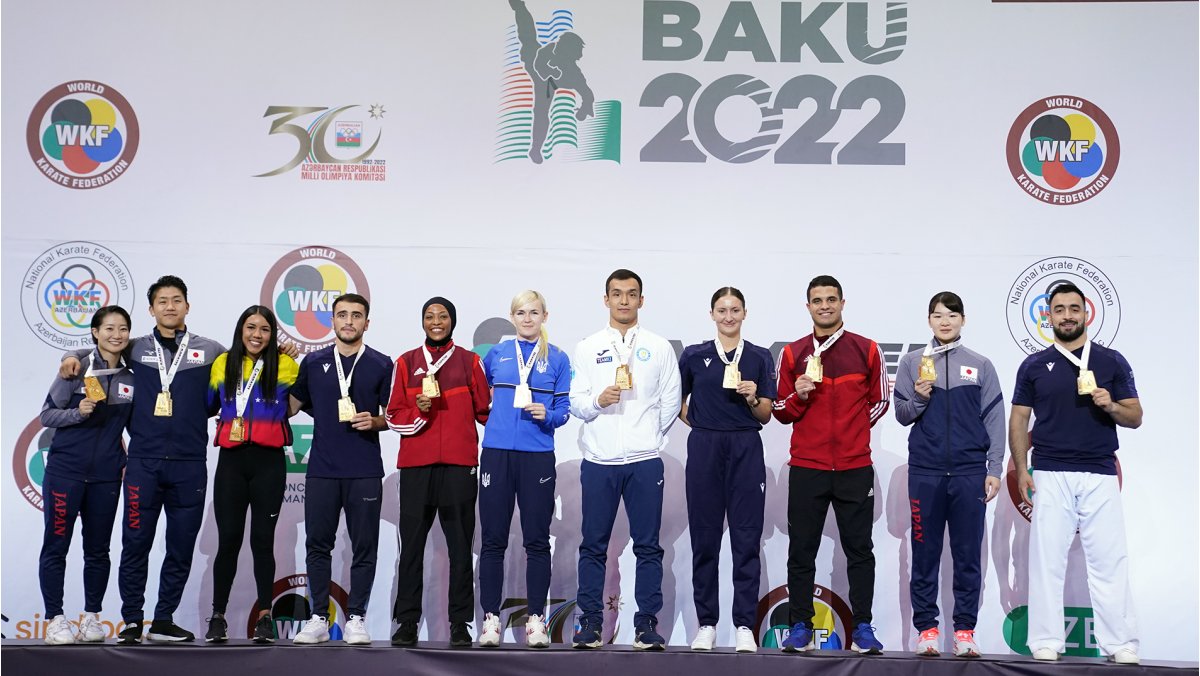 The 2022 Karate 1-Premier League Baku concluded Sunday with Irina Zaretska, Asiman Gurbanli and Yorgelis Salazar among the biggest stars of the day. Japan and Azerbaijan topped the medal table of the event.

Irina Zaretska of Azerbaijan was in stellar mode today as she won the crown in Female Kumite -68kg. In the final of Olympians, Olympic Games silver medallist Zaretska defeated Silvia Semeraro of Italy in a tight bout that went tied to the end 4-4. The clash was solved by ?Hantei? or decision with Zaretska taking her second title of the year.

Aminagha Guliyev followed Zaretska?s victorious path and won the gold medal in Male Kumite -60kg. The promising local representative from Azerbaijan won his first international crown in senior categories after defeating Egypt?s Karime Aboeitta by 6-5 in a rollercoaster of a bout.

Asiman Gurbanli closed the gold medal count for the host nation with his triumph in Male Kumite +84kg. The fierce local karateka who had arrived in Baku with a silver medal at the Islamic Solidarity Games under his belt defeated Taha Mahmoud of Egypt in the final 2-1. 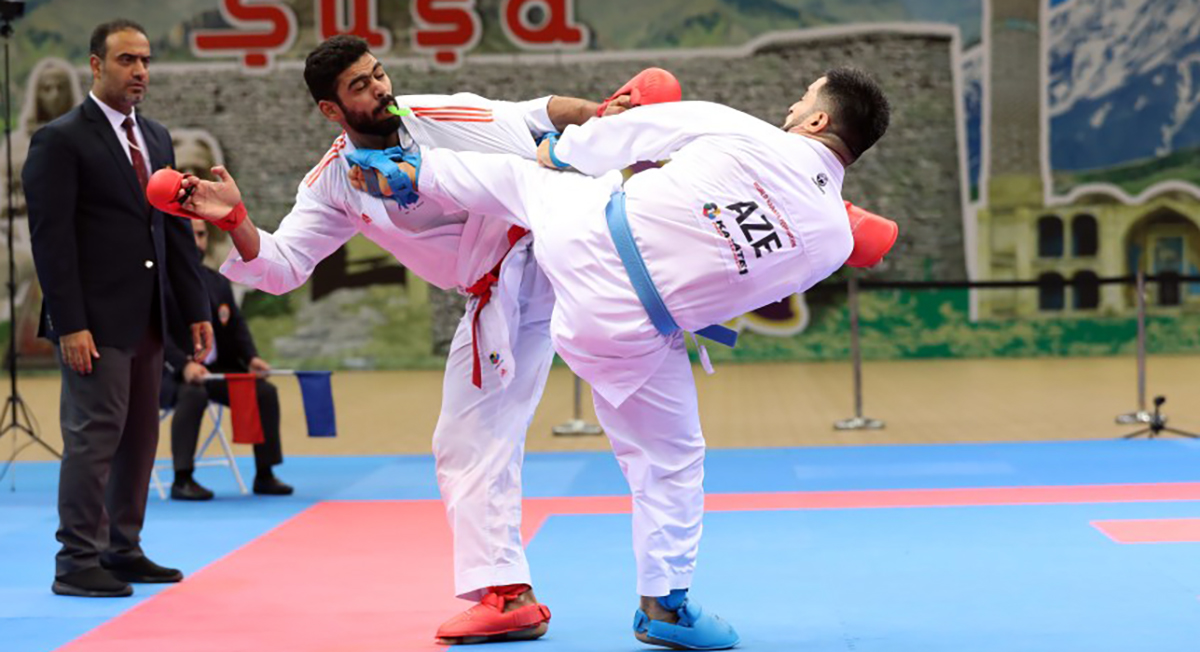 YORGELIS SALAZAR BACK TO WINNING WAYS

After winning the titles in Matoshinos and in the continental championships, Yorgelis Salazar of Venezuela became one of the stars of the event following an impressive 5-0 triumph in the final of Female Kumite -50kg.

The number 2 in the WKF World ranking used a fantastic ?Ippon? or three-point technique by ?Uramawashi geri? or hook kick to pave the way to her victory over Sara Bahmanyar of Iran.

Japan dominated the Kata competition in Baku as the birth nation of the sport took home five of the eight medals at stake. Moreover, the final of Male Kata was an all-Japan affair as team-mates Kakeru Nishiyama and Kazumasa Moto met for the title.

The gold medal went to Nishiyama who surprised Moto with his presentation of ?Chibana no Kushanku? kata (scores of 26.06 to 25.8) 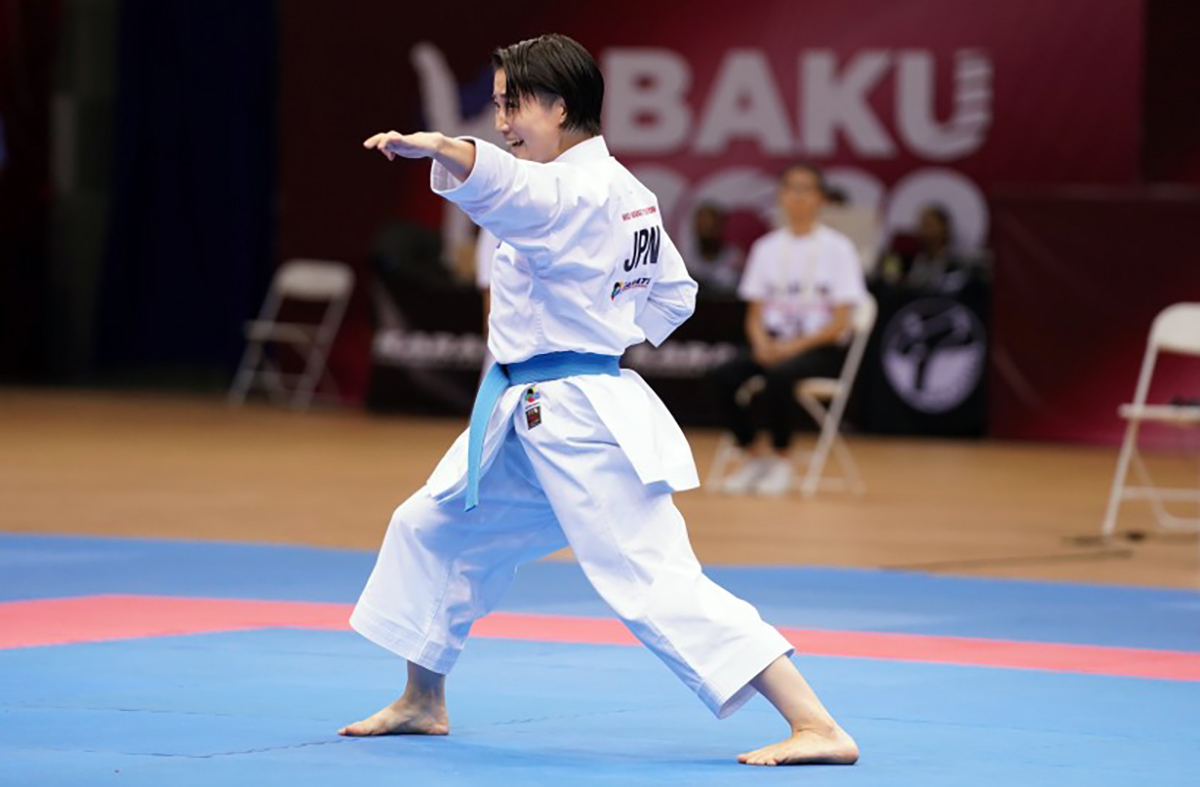 Hikaru Ono of Japan confirmed her status as one of the most promising athletes in the Kata categories as she claimed the title of Female Kata. Ono who is the current World Championships runner-up and continental champion defeated Mo Sheung Grace Lau of Hong Kong in the final by 26.54 to 25.34.

The third title for Japan today was taken by Ayaka Saito in Female Kumite +68kg. The Japanese karateka won her first Karate 1-Premier League title as she beat Anastasiya Stepashko of Ukraine 4-1.

Egypt?s Ahlam Youssef used her World champion status to take the crown of Female Kumite -55kg over Grand Winner Anzhelika Terliuga of Ukraine in one of the Clashes of the Titans of the day. In a highly technical match, Youssef claimed the title by ?Hantei? or decision with the bout ending scoreless 0-0.

The gold medal in Male Kumite -67kg also went to the World titleholder of the division since Steven Dacosta of France beat Dionysios Xenos of Greece in the final 2-0. World and Olympic Games gold medallist Dacosta used a ?Wazari? or two-point technique to win his second Karate 1-Premier League title of the season. 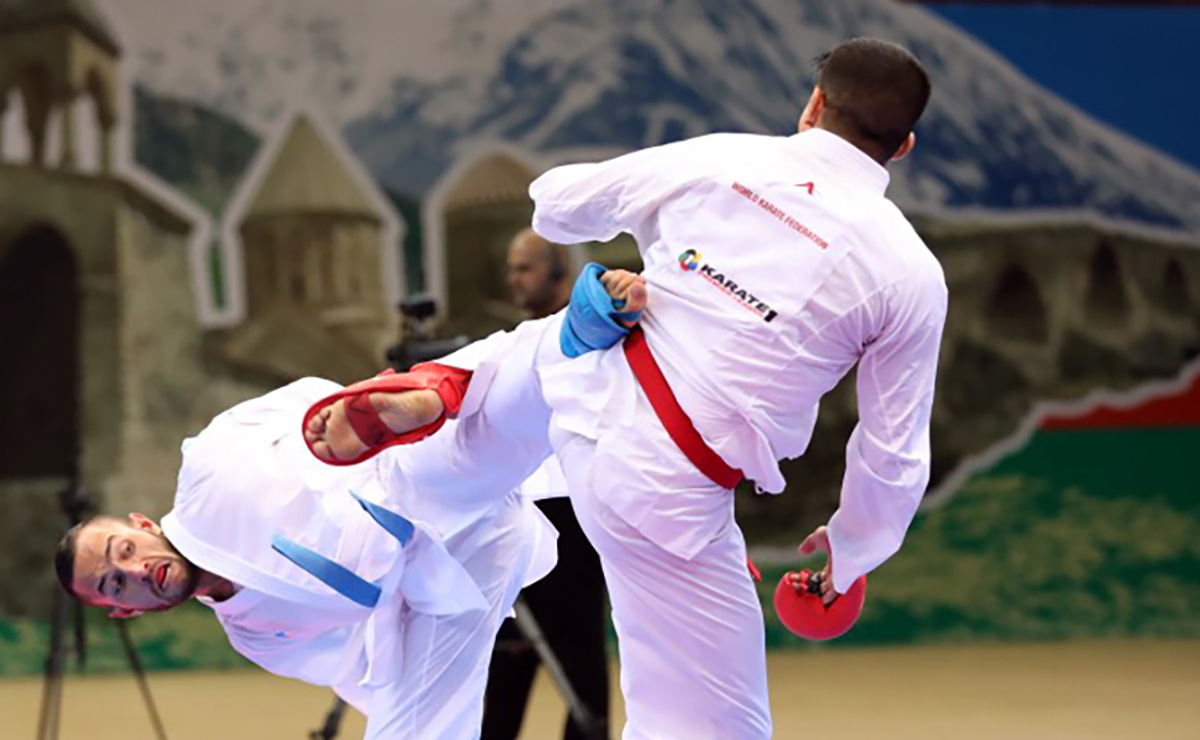 Youssef Badawy of Egypt followed suit and added the title in Baku to his World Championships crown. The World titleholder in Male Kumite -84kg won the gold after defeating Rikito Shimada of Japan by a whooping 8-1.

ONE MORE GOLD FOR ANITA SEROGINA

Ukraine?s Anita Serogina proved to be in excellent form as she took her fourth medal in four appearances this year. The current World Ranking leader defeated Anna-Johanna Nilsson of Sweden 2-0 to win the crown of Female Kumite -61kg.

The list of gold medallists today is completed with Niurkanat Azhikanov of Kazakhstan who became the champion of Male Kumite -75kg following a hard-fought victory over former World champion Bahman Asgari Ghoncheh of Iran. The continental championships bronze medallist from Kazakhstan won his first gold medal with a victory by 3-2.