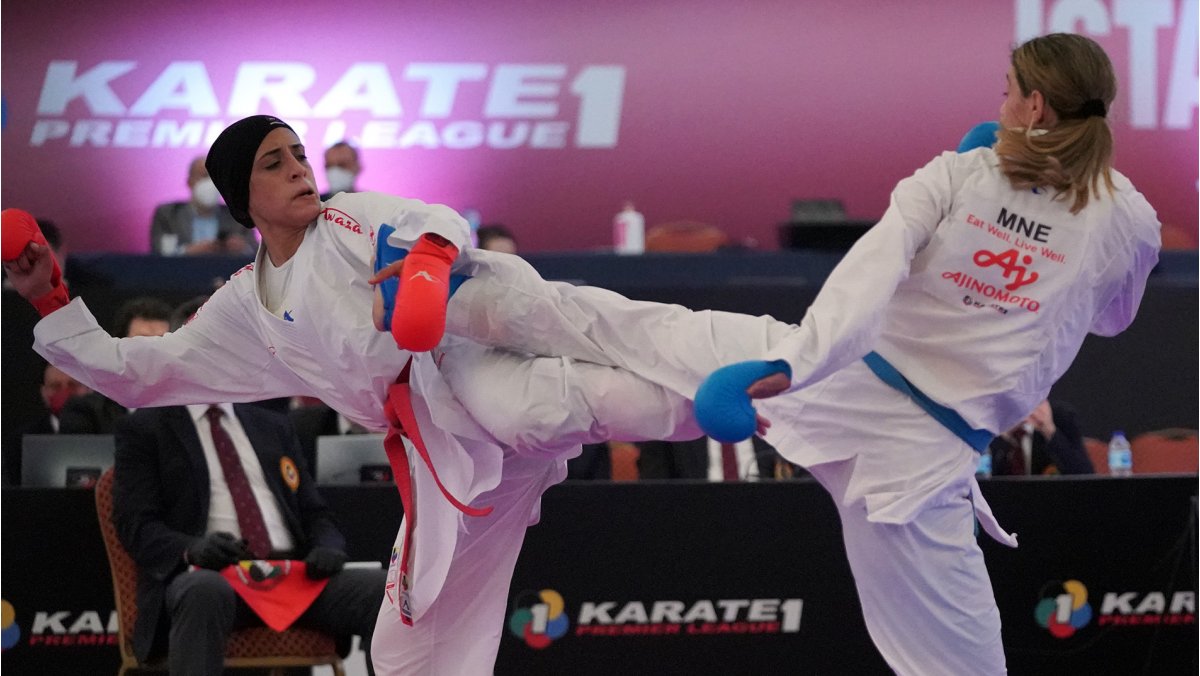 Iranian karatekas demonstrated top form on the second day of competition of the 2021 Karate 1-Premier League Istanbul as they claimed three spots in the finals.

Iranian karatekas demonstrated top form on the second day of competition of the 2021 Karate 1-Premier League Istanbul as they claimed three spots in the finals. The first international Karate event after the pandemic outbreak continues to be successfully celebrated in Istanbul (Turkey) with the best Karate athletes in the world in action.

Grand Winner Sajad Ganzjadeh paved the way for Iran’s success today with an outstanding performance in Male Kumite +84kg. The current World Championships runner-up dominated the competition and qualified to the final after edging Gogita Arkania of Georgia by “Hantei” or decision as the match went scoreless. 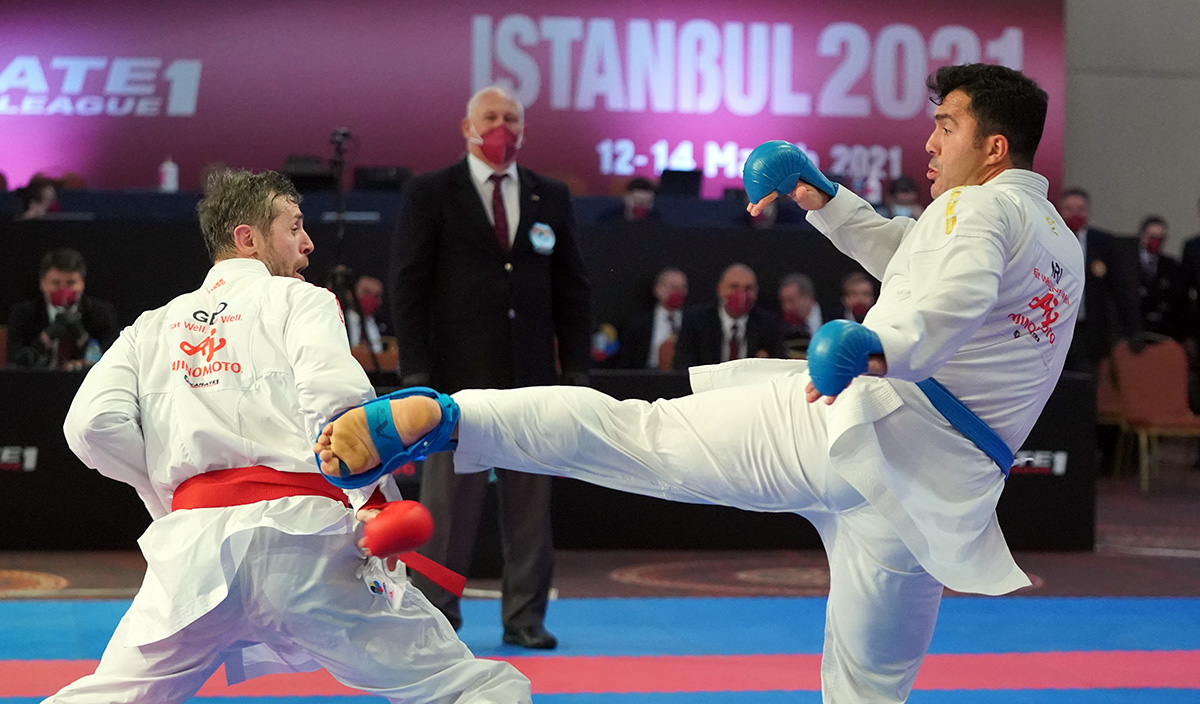 “After one year without events, I am very happy to be back to the competition, even more considering that the last events were not very good for me. But today everything changed; I think I did a very good job since the first match and I hope that tomorrow I can win the final,” said the Grand Winner from Iran.

The positive results of Iranian karatekas continued in Male categories as Zabiollah Poorshab also reached the final in Male Kumite -84kg. The current Asian champion edged World title-holder Ivan Kvesic of Croatia in the semi-finals 2-2. The other side of the draw was full of surprises. Daniyar Yuldashev of Kazakhstan shocked rivals and qualified for the final after beating Grand Winner Ugur Aktas of Turkey 2-1. 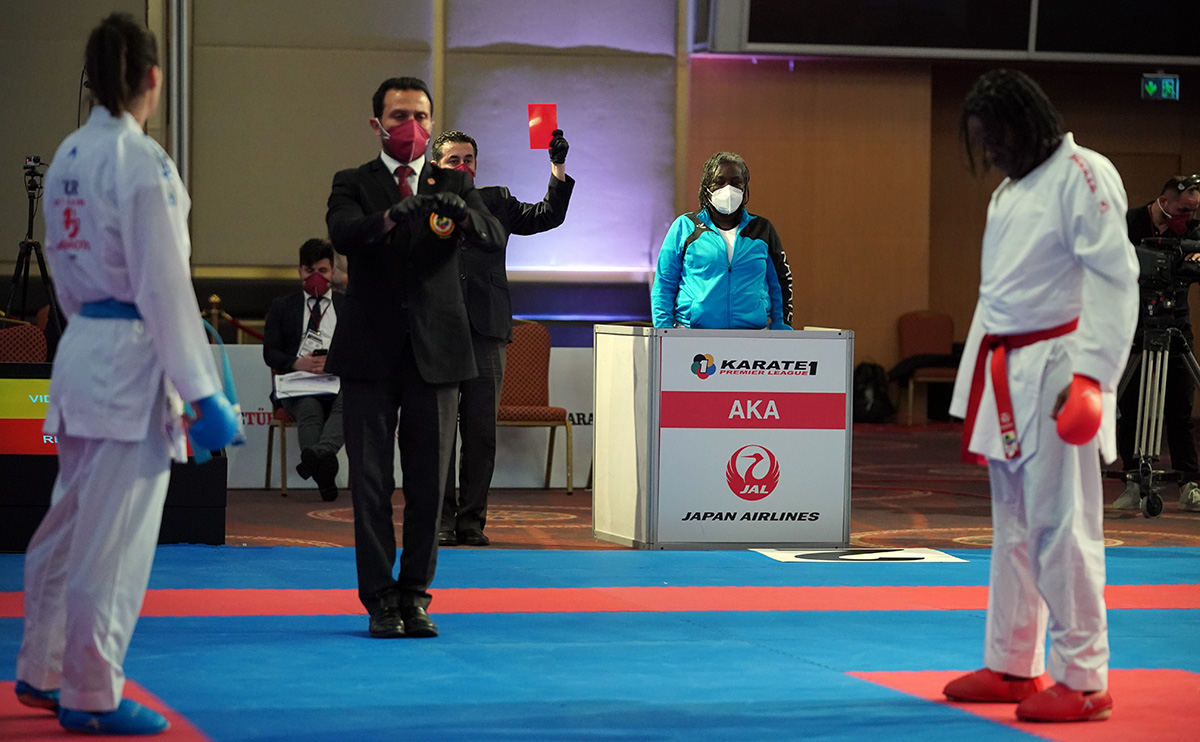 World champion Jovana Prekovic went back to winning ways and made it to her first Karate 1-Premier League final in over two years. The World title-holder defeated Iran’s Shima Aleesadi 6-3 thus preventing an all-Iran final in the category since Rozita Alipourkeshka - also from Iran- dominated the other semi-final. The Iranian karateka defeated Merve Coban of Turkey (1-1) in the semi-finals.

Just as it happened in Female Kata, the Male Kata competition will see Turkey and Spain clashing for gold. Local Olympic hopeful Ali Sofuglu qualified for the final after dominating his pool with a score of 27.0. The other spot in the final will be taken by Spain’s Damian Quintero. The WKF World ranking leader from Spain reached the title-deciding bout with a score of 26.14. 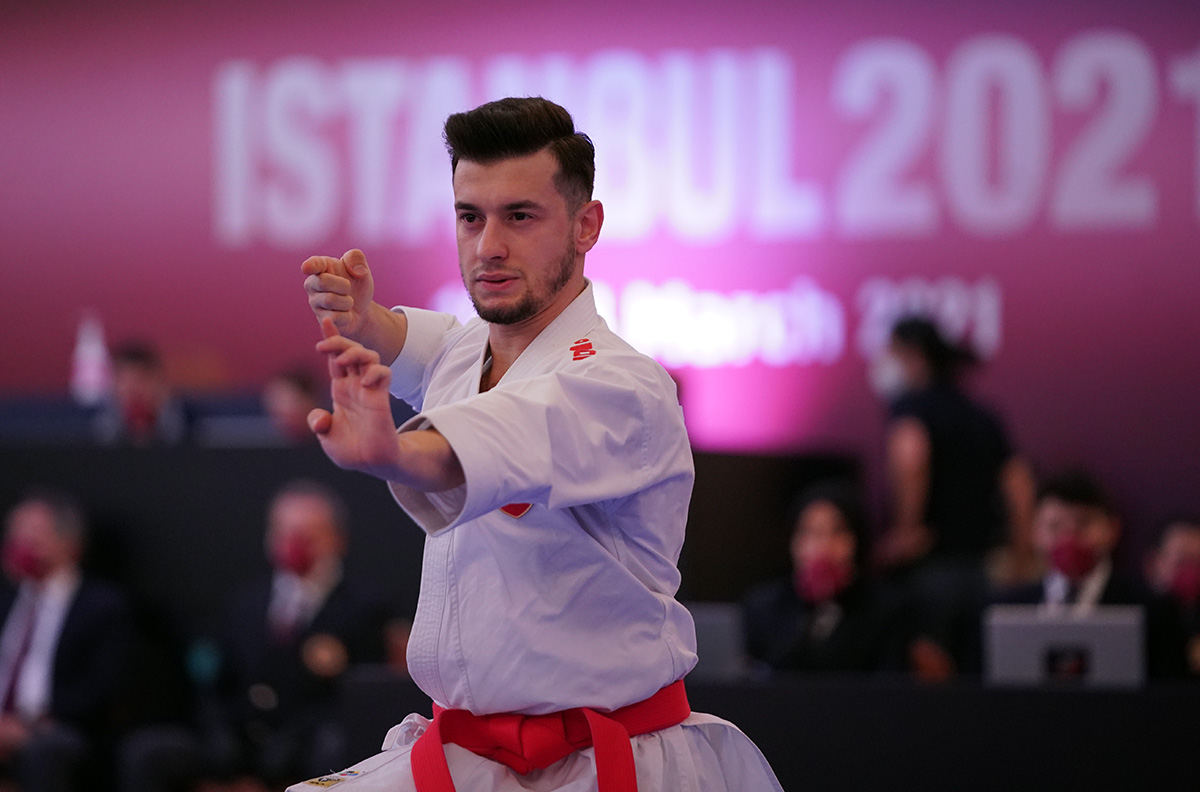 Turkey managed to get one more karateka in the final as Meltem Hocaoglu Akyol qualified for the title-deciding match of the Female Kumite +68kg category. The current continental championships bronze medallist performed at a sensational level and defeated Clio Ferracuti of Italy by 11-8. Her rival in the final is Sofya Berultseva of Kazakhstan who reached the final after scoring a late “Ippon” in the semi-final match against Johanna Kneer of Germany (6-4)

“I am thrilled that I could qualify for the finals after one year without tournaments. I missed my Karate friends and I am glad to be back together with them. I am very happy that I could succeed here at home but I miss having spectators. In normal circumstances, my family would be here, cheering for me, but unfortunately, that did not happen today,” said Meltem Hocaoglu Akyiol. 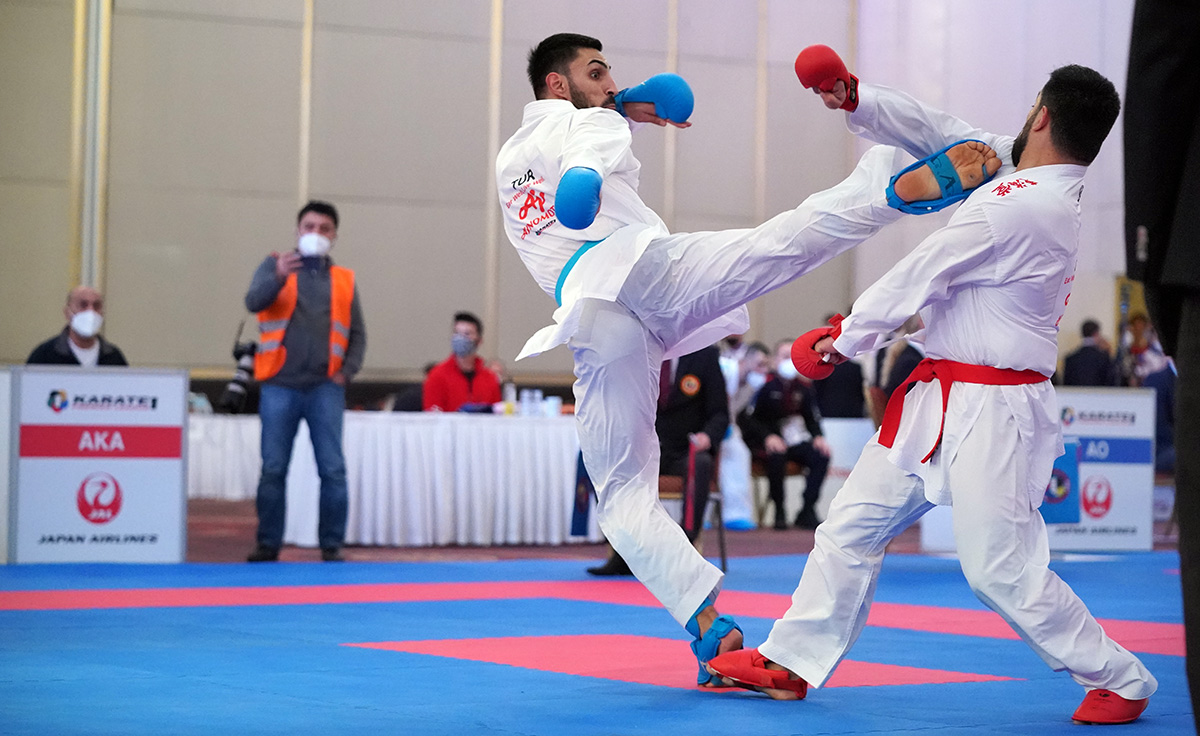 In Female Kumite -68kg, Feryal Abdelaziz of Egypt who fought in the finals of all four international events last year also made it to the decisive round here in Istanbul. The current African champion beat Marina Rakovic of Montenegro 2-1. Meanwhile, Silvia Semeraro caused one of the big upsets of the day after eliminating Grand Winner and current World Champion Irina Zaretska of Azerbaijan. The Italian karateka won the semi-final bout by 5-3.

The finals will be held on Sunday from 15:00 (local time). CLICK HERE to go to all the info about the event including results. 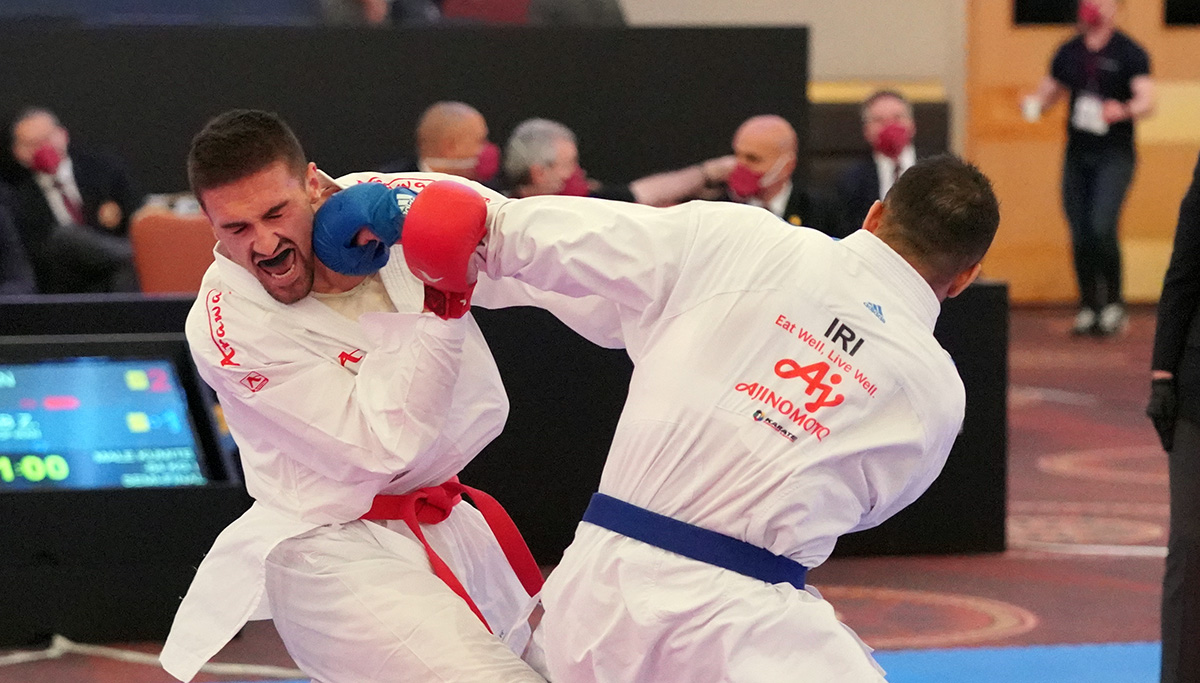