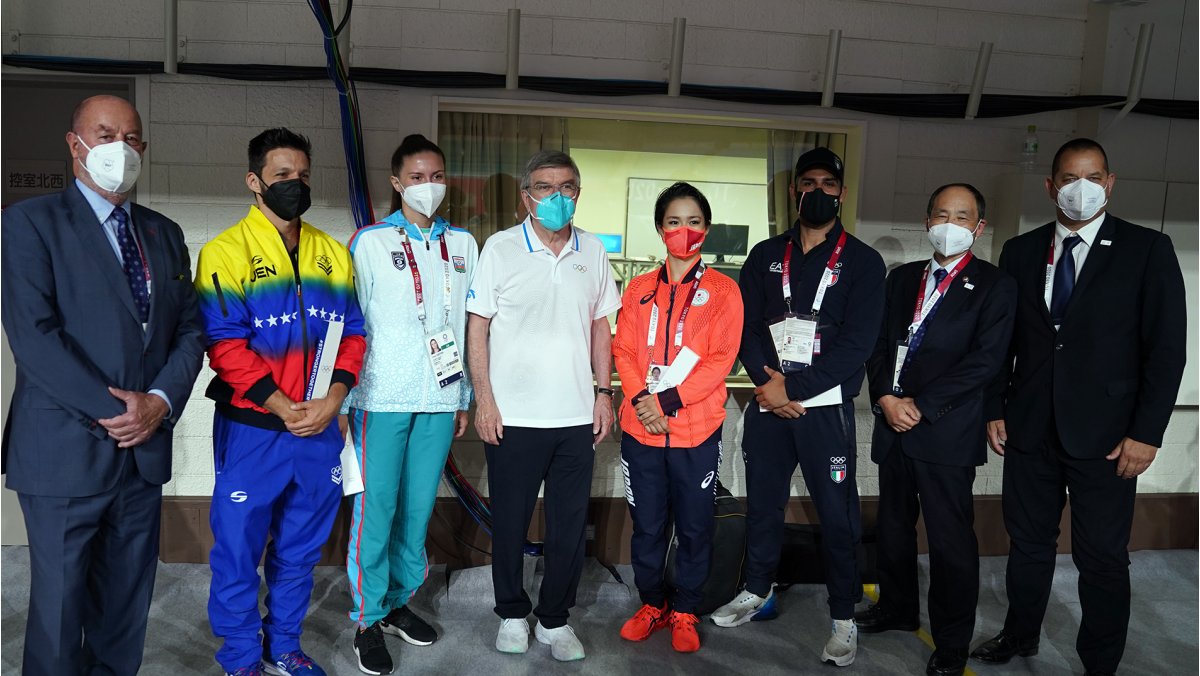 Mr Bach was welcomed at the home of Karate at the Games by WKF President Antonio Espinós. The two leaders watched the historic moment of Karate’s first Olympic appearance as millions of fans of the sport around the world celebrated the highly anticipated Olympic unveiling of the discipline.

“I want to thank Mr Bach for taking the time to come today to Nippon Budokan and for sharing such a historic moment with us. All the Karate fans are thrilled and amazed that Karate finally made its Olympic debut today, and after so many years of efforts and perseverance, we feel extremely proud and honoured to see that, at last, our sport was featured at the biggest stage,” said WKF President Antonio Espinós. “I am sure that Mr Bach has enjoyed the many values of our sport on display today.” 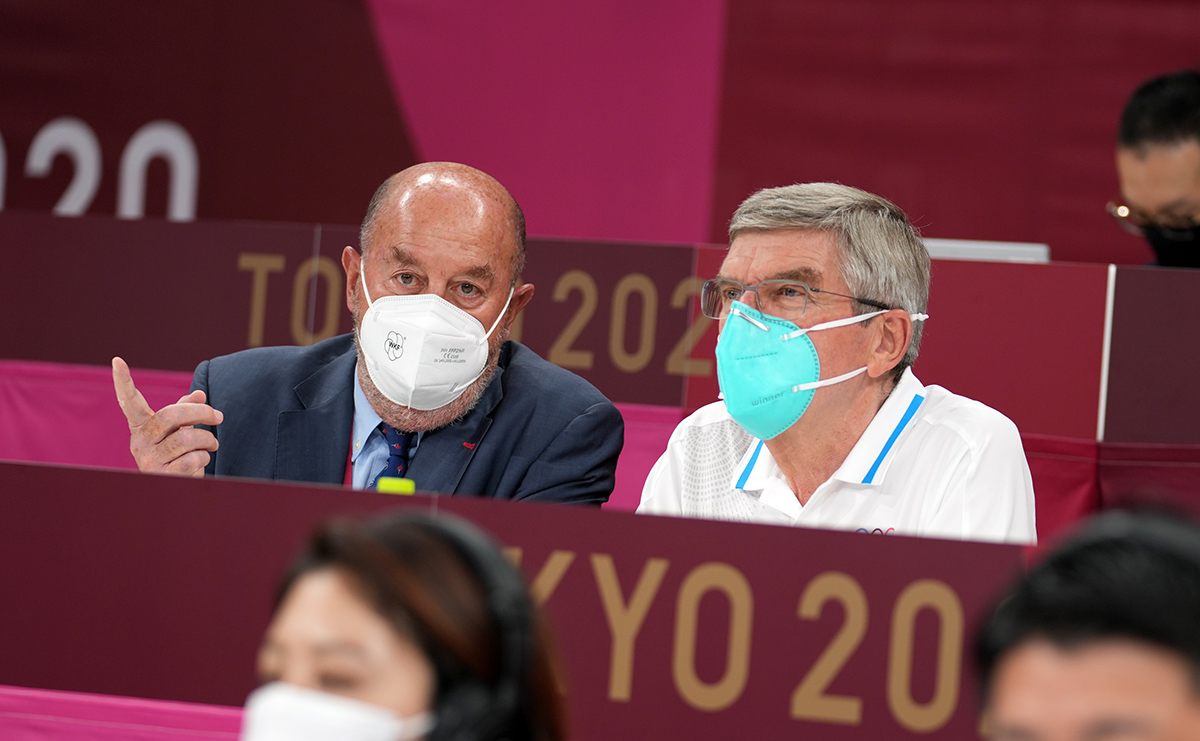 The Karate competition started today with the categories of Female Kata, Men’s Kumite -67kg and Women’s Kumite -55kg. The head of the IOC had the opportunity to follow the first-ever Olympians of the sport in action, including the member of the IOC Refugee Olympic Team Hamoomn Derafshipour. 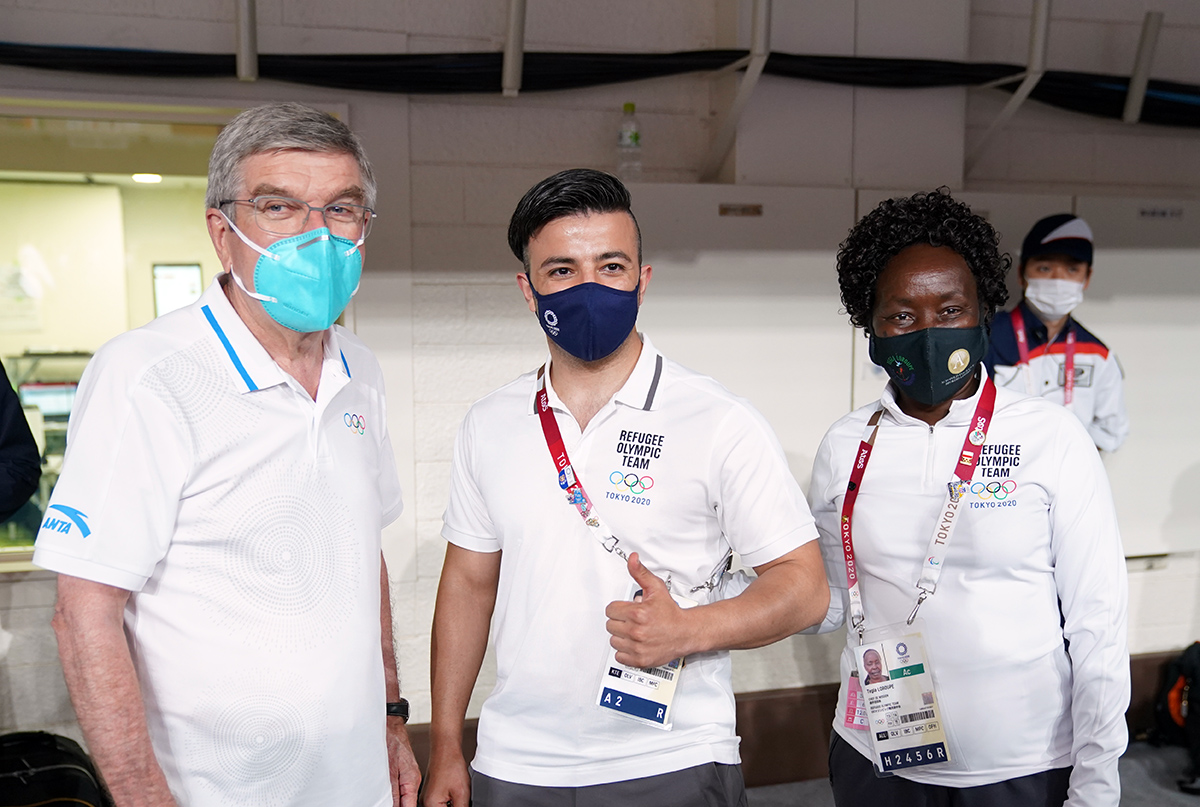 The representatives of the first Olympians of the sport shared their experiences with the leader of the International Olympic Committee and vowed to continue fighting for Karate’s permanence in the Olympic programme. 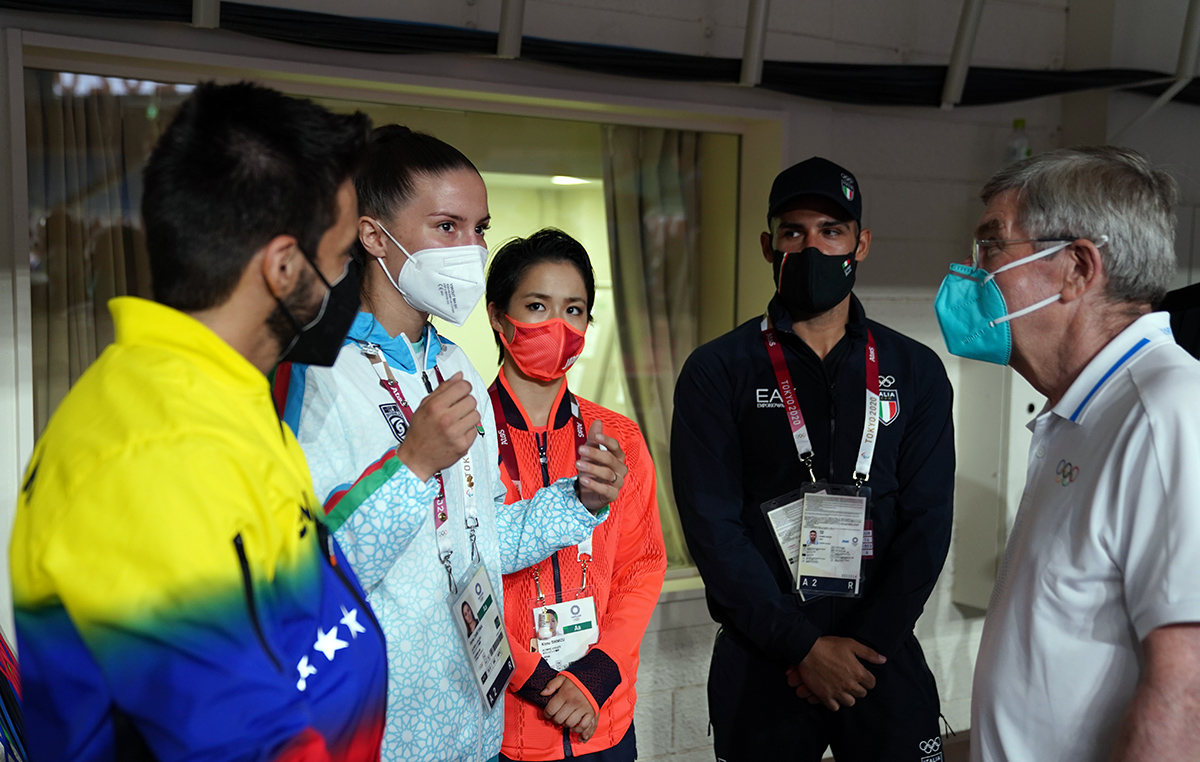 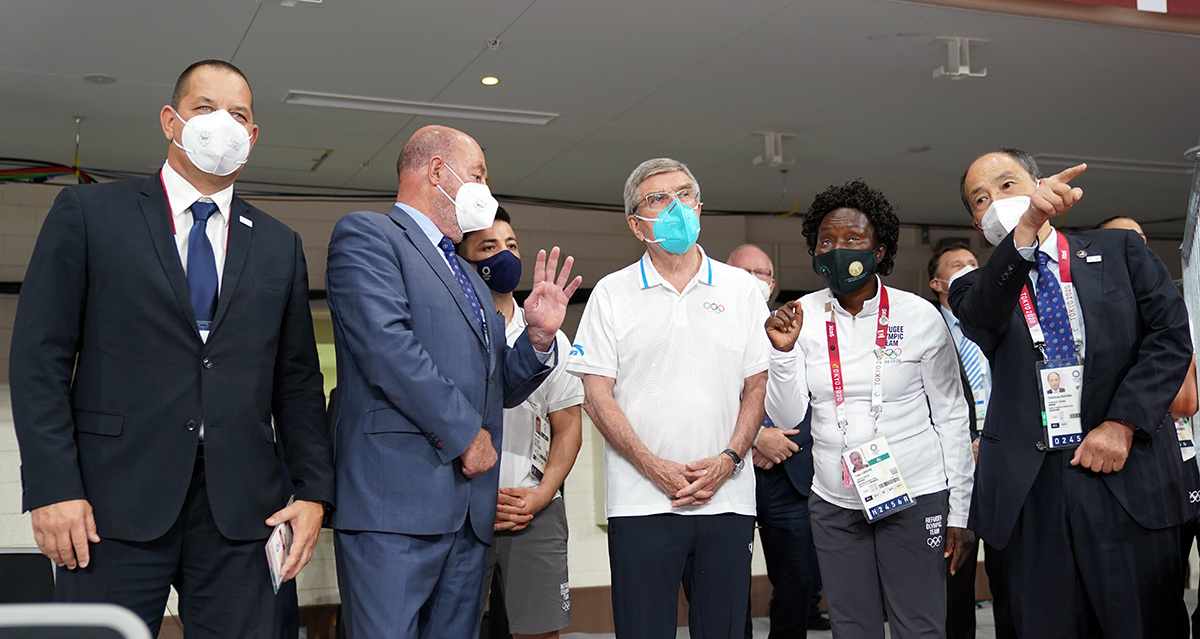