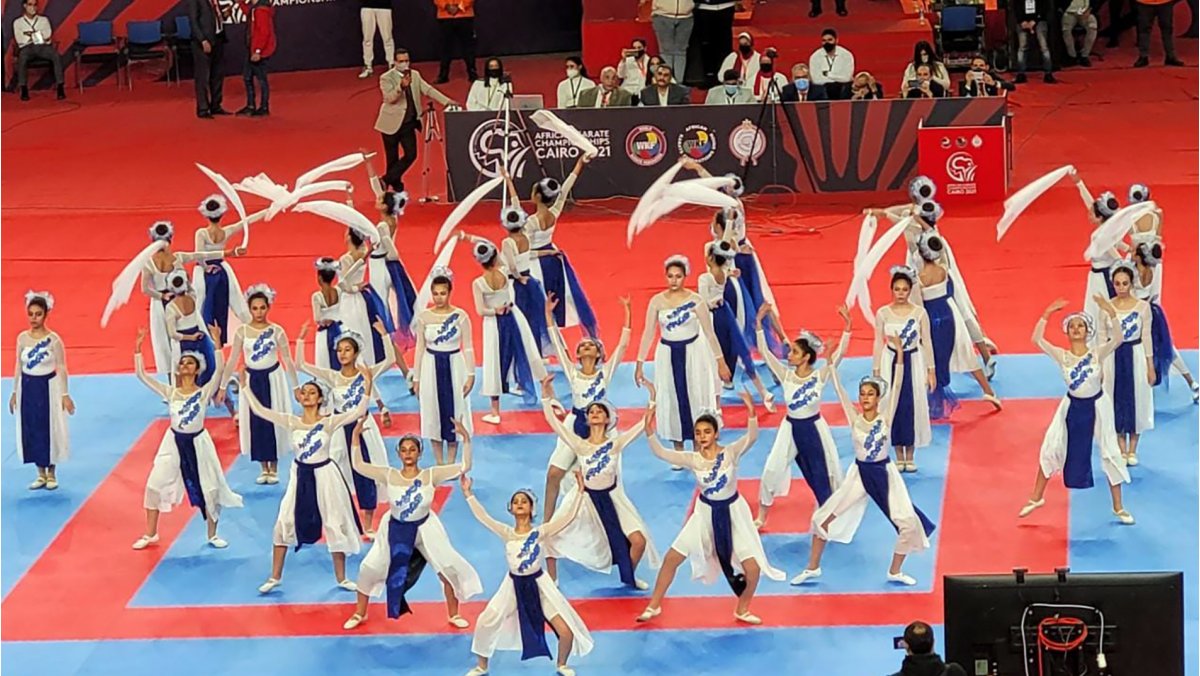 The 2021 edition of the African Karate Championships today concluded in Cairo (Egypt). The representatives of the host nation topped the final medal table with a tally of 38 medals.

After three thrilling days of competition in Cairo, the final day of the UFAK Karate Championships crowned the new kings and queens of Karate in Africa.

The host nation showcased their strength with a total of 38 medals and 26 golds. The organising country prevailed in Kata as Egyptian karatekas won all four medals in Senior categories. Aya Hesham and Karim Waleed Ghaly won the title in Female and Male Kata, respectively while the two local Kata teams reached the top of the podium in Male and Female Team Kata after defeating Algeria in the two finals.

Egypt’s Ahlam Youssef became one of the stars of the tournament as she not only continued the gold medal count for the hosts, but she added the continental title to the World crown she won last month in Dubai. The impressive karateka claimed a convincing 6-0 victory over Tunisia’s Chirine Zarrati in the final of Female Kumite -55kg.

The dominating performance of the local karatekas continued in Female Kumite -61kg as Dahab Ali won the gold medal. The local athlete who only had one international appearance under her belt defeated Congo’s Franck Pacelie Yan Robson in the final 3-0.

Ali Elsawy also claimed the star status of the event as he took the fourth gold for hosts with his title in Male Kumite -67kg. The Grand Winner of the category who had just won bronze at the World Championships in Dubai completed an outstanding season with his victory in the final of the category over Algeria’s Fouad Benbara.

The outstanding demonstration of Egyptian karatekas was wrapped-up by the Kumite teams as both the Male and Female Kumite Teams of the host nation topped the podium with victories over Algeria in the two finals.

Representatives of Algeria and Tunisia also completed deserving performances on the final day of the competition.

The third gold for Tunisia was claimed by Thameur Slimani in Male Kumite -84kg. The defending continental champion kept the crown after beating current World champion Youssef Badawy 1-0 in the big upset of the day.

The list of gold medallists in senior categories was completed with Rita Omoshuka Ogene of Nigeria who defeated Yasmin Elhawary of Egypt (2-2) in Female Kumite -68kg.

CLICK HERE to go to all the results of the UFAK Championships.