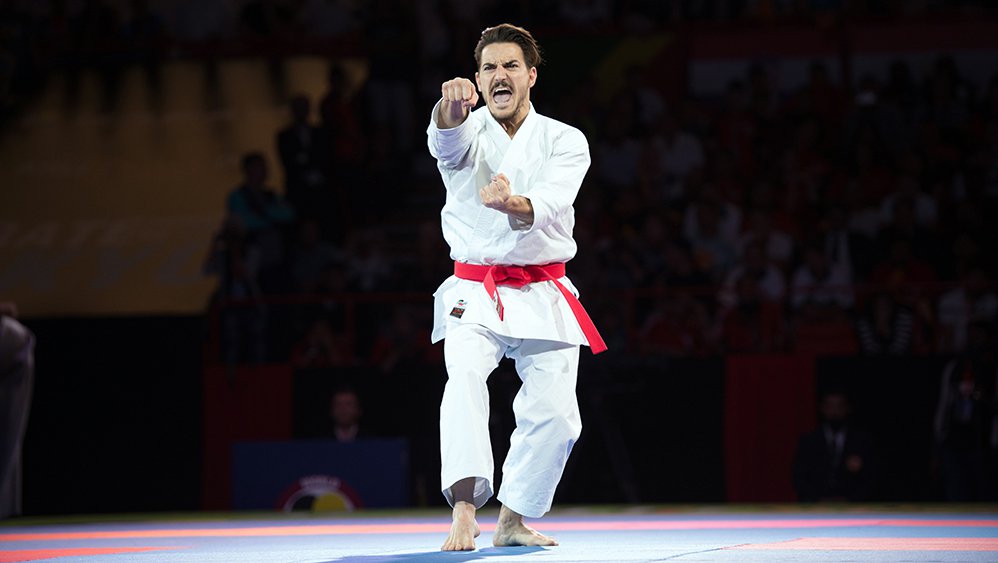 The Grand Winners of the 2016 Karate 1-Premier League have been revealed after the conclusion of the last event of the season held this past weekend in Okinawa (Japan). As the top international Karate league competition came to an end in the birth nation of this discipline, the biggest heroes of the year were announced thus recognizing the excellence, the perseverance and the remarkable triumphs of the most successful and consistent Karatekas of the memorable season.

The Grand Winners of the 2016 Karate 1-Premier League have been revealed after the conclusion of the last event of the season held this past weekend in Okinawa (Japan). As the top international Karate league competition came to an end in the birth nation of this discipline, the biggest heroes of the year were announced thus recognizing the excellence, the perseverance and the remarkable triumphs of the most successful and consistent Karatekas of the memorable season.

Karate Star Damian Quintero leads the list of 12 heroes who prevailed in the ranking of each one of the different Kata and Kumite categories, and who participated in at least five events this year. Ukraine with three Grand Winners and Saudi Arabia with two Grand Winners dominate the list by nation.

The 32 year-old Spaniard has been one of the biggest stars of the year in international Karate. The world ranking leader is completing a dream season after finishing the Karate 1-Premier League with three gold medals and two silver medals, thus being proclaimed as the most decorated athlete of the year in the first-class international Karate tournament. The current European champion has reached the final in all but one of his appearances in major events this season; after finishing on top of Karate 1-Premier League ranking with nearly 2,000 more points than second-placed Antonio Diaz of Venezuela, and after leading the standings of Kata competitors, the Spanish Karate Star acts as frontrunner for the upcoming World Championships 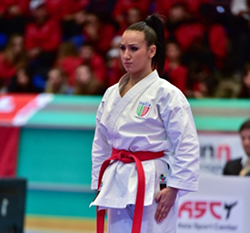 At only 19 years of age, Italy’s Terryana D’Onofrio is one of the biggest talents of European Karate. The 2015 European Junior, Cadet and U21 champion has been the most consistent of the Female Kata competitors, and earns the Grand Winner recognition after taking part in five events this year, in which the rising star claimed a fifth position in Dubai as best result. The 2015 World Junior, Cadet and U21 Championships bronze medallist born in Sant’Arcangelo hopes to continue making a name for herself in Kata competition, as the Karate 1-Premier League ranking is topped by three-time gold medallist Sandra Sanchez of Spain. 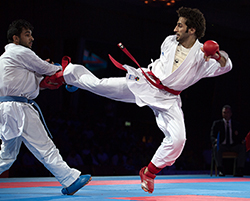 The first position of the Karate 1-Premier League ranking in the Male Kumite -60kg category is taken up by Emad Al Malki of Saudi Arabia. The captain of the Saudi Karate team participated in all but two of the Karate 1-Premier League events this year, and his efficiency is commemorated with the Grand Winner recognition. The promising Karateka finished the hectic season with a tally of two gold medals (in the tournaments of Rabat and Lasko), one silver in Istanbul and one bronze in Paris. 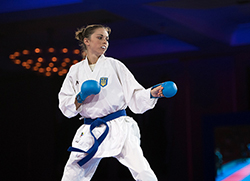 With five medals under her belt this season, Ukraine’s Kateryna Kriva clearly heads the Female Kumite -50kg category. The silver medallist in Istanbul (Turkey) and Rotterdam (The Netherlands) is stating her status as up-and-coming figure of international Karate with a triumphant performace in the first-class international Karate competition. The young Karateka born in Leopolis is one of the exponents of the successful promising breed of competitors from the eastern European country. 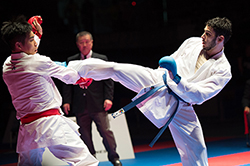 The 2016 Pan American championships bronze medallist Vinicius Rezende Figueira finished on top of the Male Kumite -67kg category barely edging Bashnar Alnajjar of Jordan, and following his three medals in Karate 1-Premier League this year. The hopeful Karateka acts as leader of a generation of talented Brazilian athletes wishing to follow the footstep of superhero Douglas Brose. Vinicius Rezende Figueira, who is an agricultural engineer claimed a deserving triumph in the event in Salzburg this year after defeating in the final local favourite Thomas Kaserer.

Syakilla Salni Jeffry Krishnan confirmed this season her status of one of the most efficient Karate competitors in Women’s categories. After making the transition from Female Kumite -61 kg to Female Kumite -55 Kg following her silver medal in the 2014 World Championships, the Malaysian heroine has reached the podium four times in Karate 1-Premier League this season, including a gold medal in Dubai (UAE). In one of the most competed categories in women’s competitions, the eight-time Karate 1-Premier League medallist will wear the golden strip of Grand Winner in her karate-gi ahead of the anticipated World Championships in Linz. 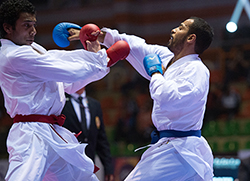 The thrilling Male Kumite -75kg category has crowned Majed Alkhalifah of Saudi Arabia as 2016 Grand Winner. Edging stars such as Rafael Aghayev, Ken Nishimura or Thomas Scott, among others, the Saudi Karateka has wrapped up the season with five medals in Karate 1 events, including the second positions in Sharm El-Sheikh (Egypt) and Lasko (Slovakia). Together with Emad Al Malki, Alkhalifah heads the successful lineage of  promising Saudi Karatekas. 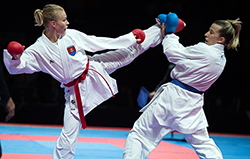 Fresh off her silver medal in Okinawa last weekend, Ingrida Suchankova sees the fruits of her intensive Karate 1-Premier League campaign with the Grand Winner award. In addition to the second position in the Japanese event last weekend, the Slovak fan favourite reached the top of the podium in Fortaleza (Brazil) and Rabat (Morocco), and earned silver in Dubai (UAE) in eight of the ten events of the season. After failing to make it to the finals in the European Championships, Suchankova will lead the Slovak delegation in the World Championships in Linz. 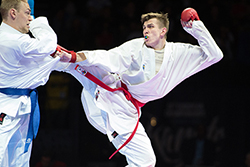 Ukraine’s talented young Karatekas had more reasons to celebrate since Valerii Chobotar earned the Grand Winner recognition in Male Kumite -84kg. The young Ukrainian participated in six events this year and claimed two bronze medals to clinch the award of most consistent athlete of the division. The ranking of the disputed category was topped by Ryutaro Araga of Japan with three gold medals in three appearances. 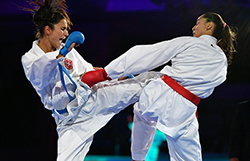 The thrilling Female Kumite -68kg category finished with Switzerland’s Elena Quirici receiving the Grand Winner award. The 22 year-old European champion demonstrated her status of rising star of the sport after a successful year in which the young Karateka achieved three medals, including two second places in Paris and Istanbul. Her appearances in five events this year gave the Schinznach-Dorf born athlete the Grand Winner award in a category which was headed by Austria’s Alisa Buchinger. 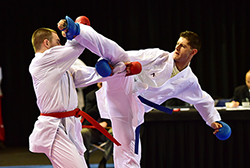 Soth Africa’s champion Morgan Moss claimed the Grand Winner award of the Male Kumite +84kg in an outstanding year of great level of competition in the category. The South African Goyo Ryu practitioner competed in six events this year and won bronze in Sharm El-Sheikh thus earning the recognition in a division which was topped by Turkey’s Enes Erkan. Morgan Moss, who is Child and Family and Sport Psychologist acts as the only African karateka in the Grand Winners list this year, and he will lead South African hopes in the upcoming World Championships.

Ukraine’s numerous representation in the Grand Winners list is completed with Anastasiya Stepashko in the Female Kumite +68 kg category. The 24 year-old Karateka topped the final ranking after competing in six events this year. The young Ukrainian athlete earned bronze medal in Hamburg and finished with victory in Sharm El-Sheikh thus confirming her progress in major international Karate competitions.