Grand Winners are crowned in Paris 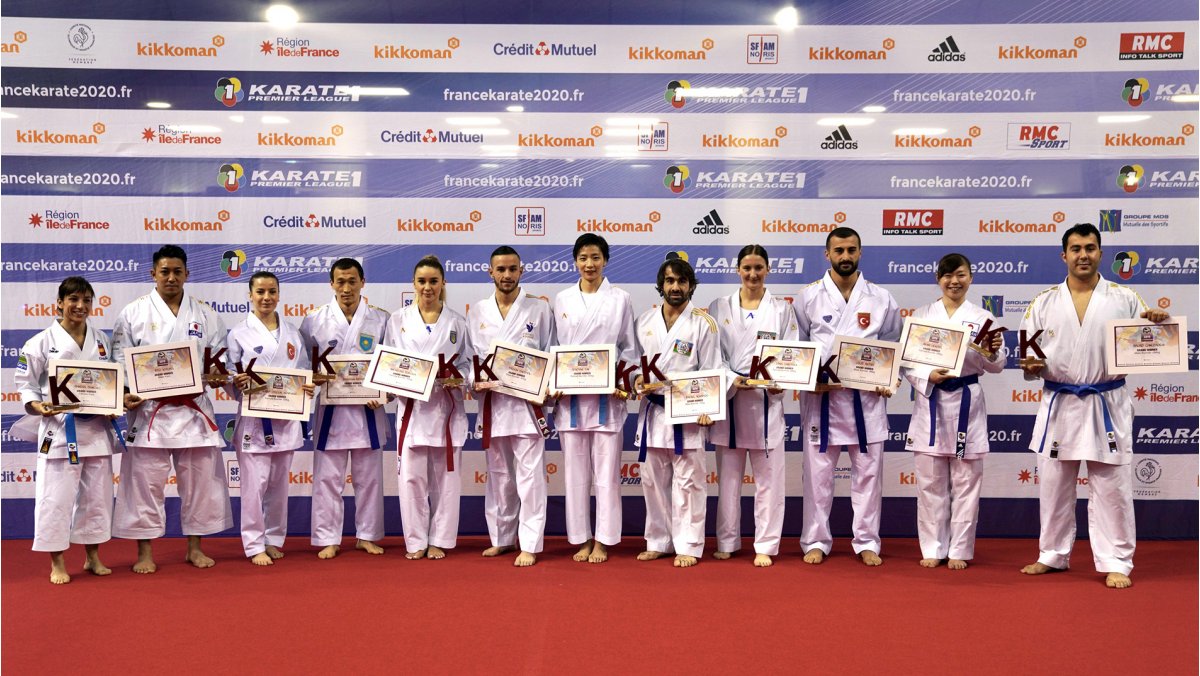 The Grand Winners of the Karate 1-Premier League were honoured today at the special awarding ceremony which was held in Paris.

The Grand Winners of the Karate 1-Premier League were honoured today at the special awarding ceremony which was held in Paris.

With the Karate 1-Premier League Paris as a background, the 12 Grand Winners received the awards that recognise them as the Best of the Best of the last season of Karate?s biggest international events. The awards were presented by WKF President Antonio Espinós and WKF Vice president and president of the French Karate Federation Francis Didier.

"I am very happy that I can be Grand Winner for the second year in a row. Besides, this year is very important for us because we will be in the Olympics. I want to be successful in Karate 1-Premier League events and my intention is to try to be Grand Winner once again," said Ugur Aktas.

"Three years ago, when I said that I wanted to be Grand Winner for three consecutive years, people told me that it was very difficult. Now I made it. So I am very happy because being Grand Winner again shows all that I am capable to do," added three-time Grand Winner Serap Ozcelik Arapoglu.

Meanwhile, Rafael Aghayev of Azerbaijan was "honoured" to be Grand Winner again. "It is a great honour for me. Every karateka dreams of being Grand Winner and I could do it twice. To be Grand Winner once is a great accomplishment but to win the title twice is an outstanding source of joy," said the five-time World champion.

"Even though last year I could not win many gold medals, I am happy that I could be Grand Winner again. I am very pleased because I get to wear the golden karategi again. I always think in gold, both in Karate and in my daily life," said Ayumi Uekusa of Japan who has the nails and toenails painted in gold to match her Grand Winner karategi.

"Last year I won gold in all the competitions that I participated in. This year the level of my kata is improving. But I am not satisfied as I want my kata to be even better and better every day," stated six-time 2019 Karate 1-Premier League winner Ryo Kiyuna of Japan.

"The Grand Winner award is a great recognition because it honours the most consistent competitors. In my case, I managed to win the award four times, three of them in a row. It demonstrates the hard work that we are doing. It is even more important this year. 2020 is going to be very special for many reasons, but if you have an additional motivation as the Grand Winner, it reaffirms that we are on the right path," said Sandra Sanchez of Spain.

CLICK HERE to go to the picture gallery of the Grand Winners awarding ceremony.