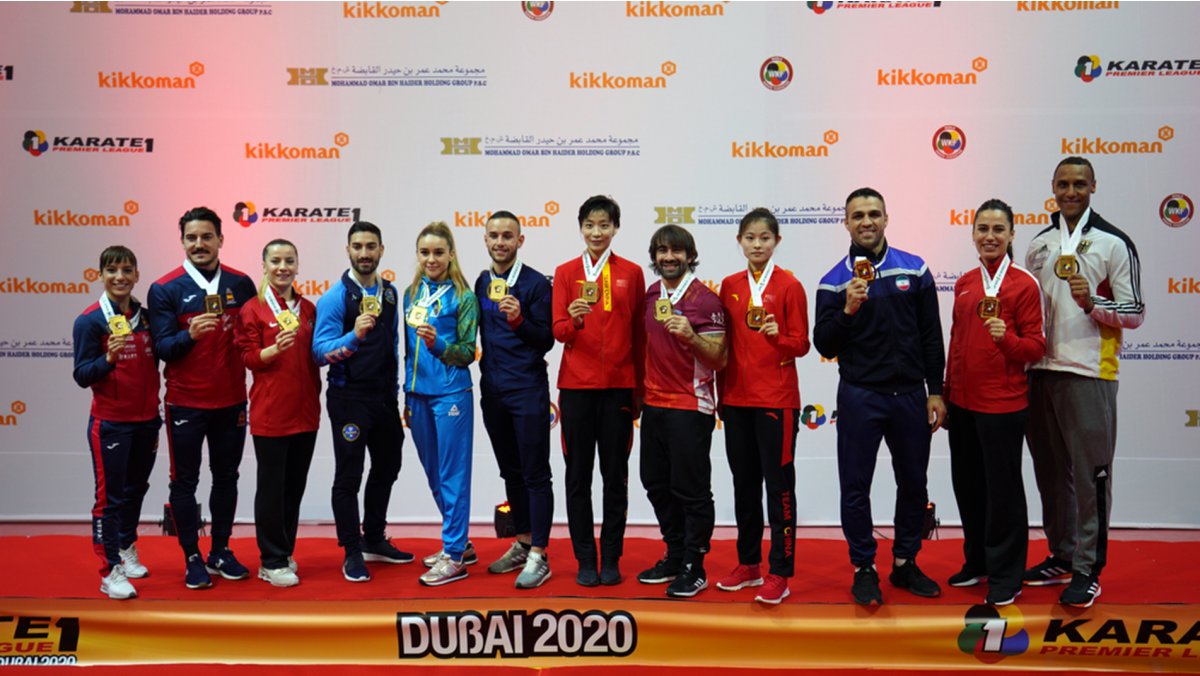 DOUBLE GOLD FOR SPAIN IN KATA

Spanish karatekas prevailed in Kata with the two gold medals in the individual competition going to the European powerhouse nation. Sandra Sanchez took the title in Female Kata while Damian Quintero won the crown in Male Kata.

Sandra Sanchez surprised with her selection of Kata and chose the unique kata “Kishimoto no Kushanku” for the final. The bold approach paid off and Sandra Sanchez took the title in Dubai after beating Sakura Kokumai of the USA with a score of 27.54 (25.82 for Kokumai). It is the second gold for the World champion this year after winning also in Paris. 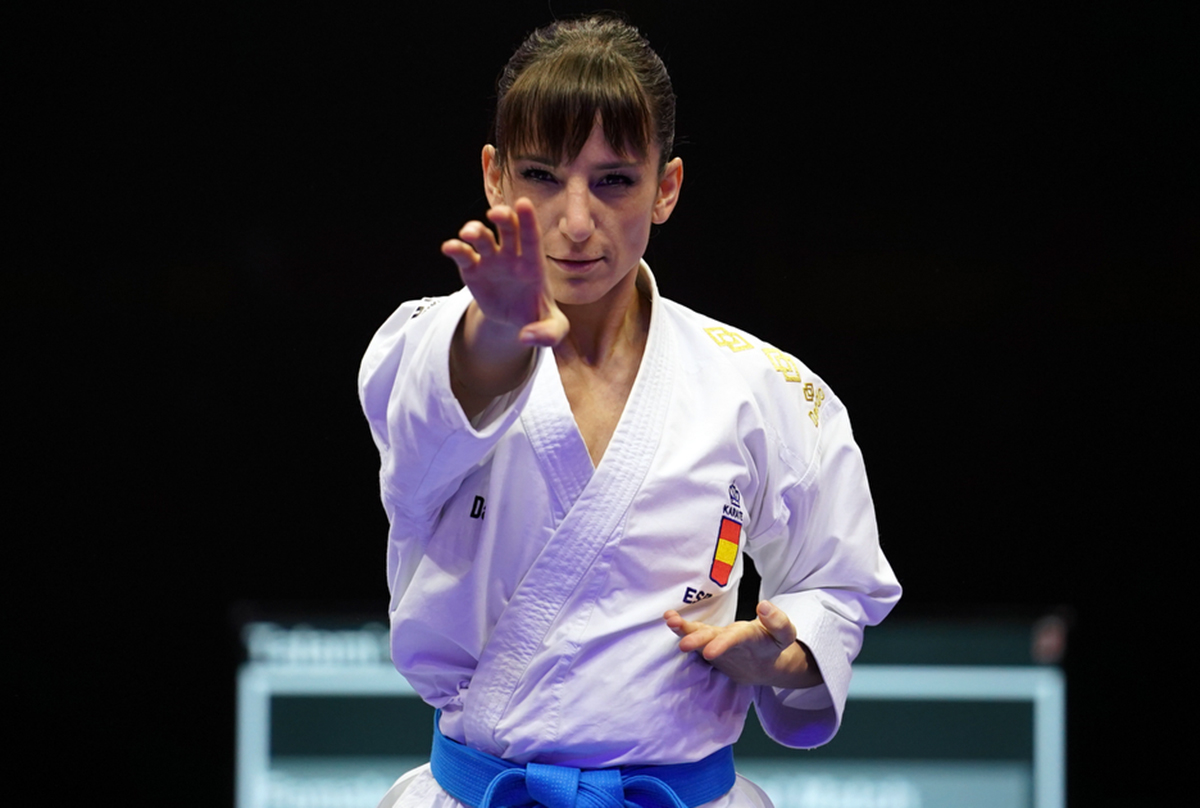 Sandra Sanchez said: “It has been a very emotional moment for me. I have been working in this Kata for the past two years, and we were waiting for the right moment to present it in competition. Finally, this moment came today and I had a mix of emotions. I was nervous about performing the new kata in the final but I felt good and everything went well.”

In one of the most anticipated finals of the tournament, Damian Quintero of Spain defeated Antonio Diaz of Venezuela in Male Kata. The clash between two of the most esteemed karatekas in the world went to the World Championships runner-up from Spain who excelled in his performance of “Chatanyara Kushanku” kata (score of 27.26 for 26.08 of Diaz). 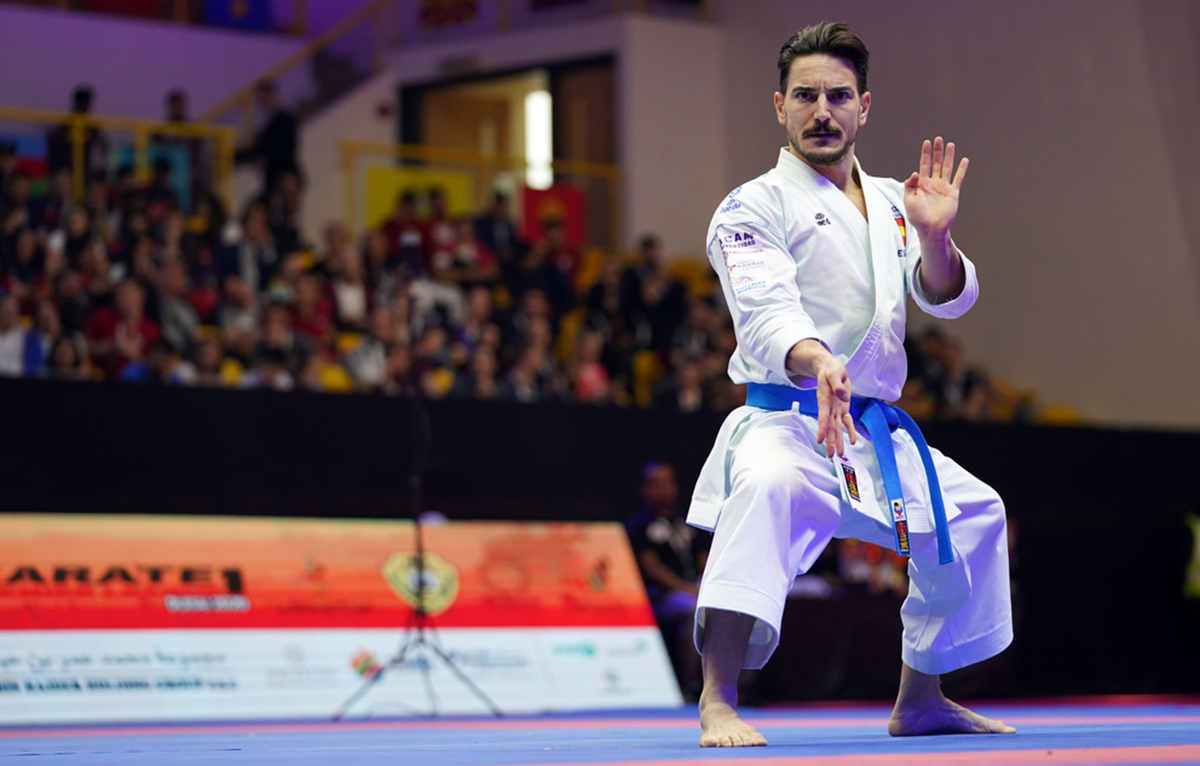 Damian Quintero said: “I am glad that I could win here in Dubai, and I am especially pleased that I could do it with ‘Chatanyara Kushanku’. I had not done this kata in quite some time; I had a super opponent in front of me today, but I chose to focus on my own performance. I am trying new approaches in order to be as prepared as possible for the Olympic Games.”

Turkey’s Serap Ozcelik Arapoglu continues in superb form and claimed her third gold in three appearances this year. The current Grand Winner in Female Kumite -50kg upset Spain’s Nadia Gomez Morales 5-2 and confirmed her status as one of the most dominating karatekas of the international scene. In the last ten major events, Serap Ozcelik Arapoglu has claimed medals in all but two tournaments, taking no less than six out of ten golds. 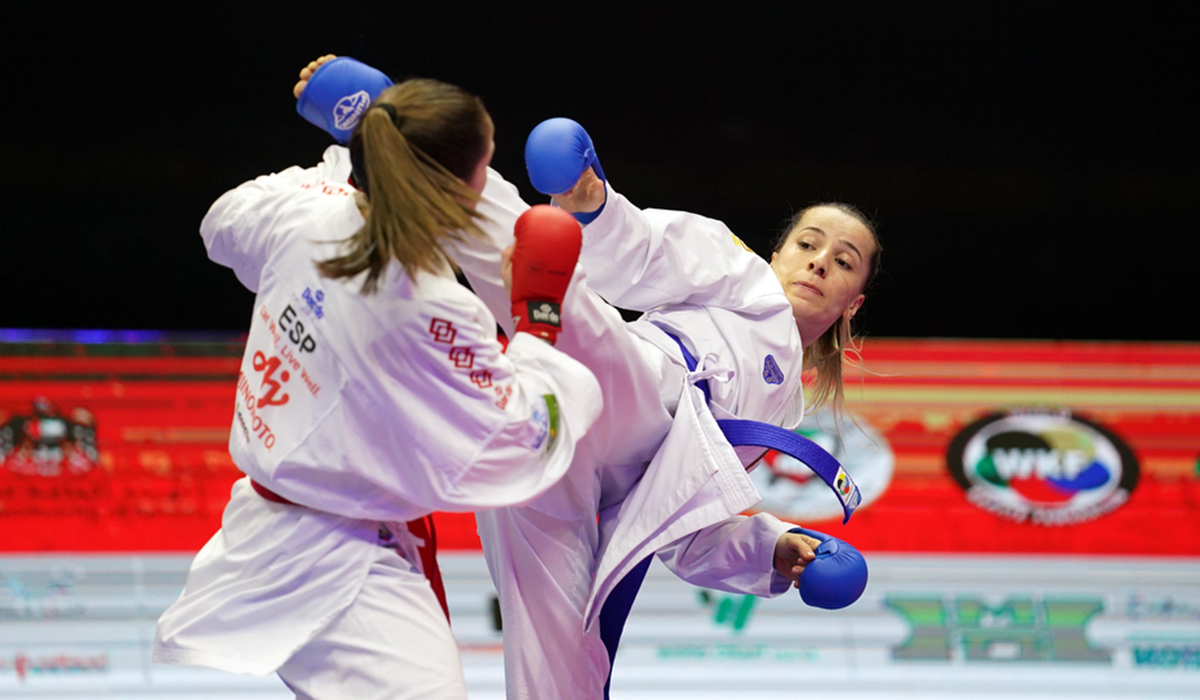 The final of Male Kumite -60kg had two of the main front-runners of the category face to face. World champion Angelo Crescenzo of Italy defeated Grand Winner Darkhan Assadilov of Kazakhstan by 2-0 in a tight final. Two “Yuko” is all that the current World title-holder and number 3 in WKF World ranking needed to take his first title since claiming gold at the World Championships nearly two years ago.

Anzhelika Terliuga of Ukraine demonstrated sensational form and took the crown in Female Kumite -55kg. The current owner of the golden karategi took a slim victory 1-0 over Yassmin Attia of Egypt and achieved her third medal in three events this year. The Ukrainian star used a single “Yuko” to take the title here in Dubai. 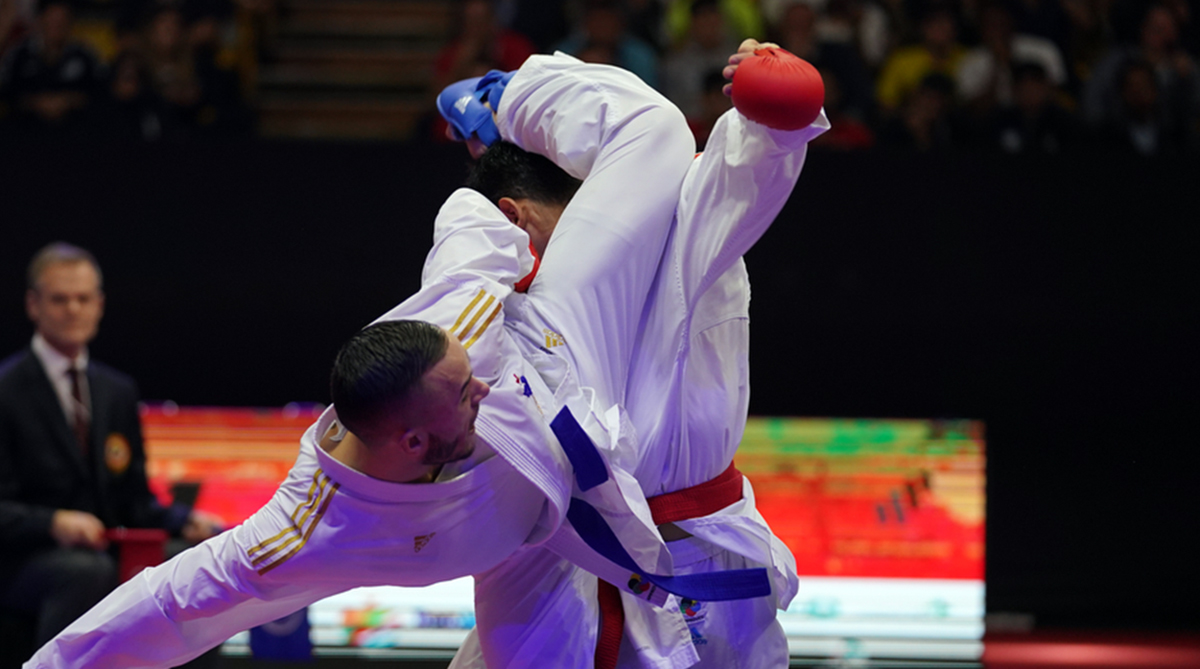 Steven Dacosta of France also took the Grand Winner crown to the top of the podium in a sensational performance. One of the most spectacular athletes of the international scene, Dacosta claimed an impressive 6-0 triumph over Vinicius Figueira of Brazil in Male Kumite -67kg. The final bout was a repetition of the title-deciding clash of the last World Championships. As it happened in Madrid two years ago, the title also went to Dacosta. The French star connected two “Ippon” by “Mawashi geri” to take the gold in Dubai.

Steven Dacosta said: “The level of all the competitors here is unbelievable. I did not take this bout as a repetition of the World Championships nor do I think that it was a ‘revenge’ bout. I just tried to do my best on the tatami.”

The third Grand Winner taking gold here in Dubai was Xiaoyan Yin of China. The owner of the golden karategi in Female Kumite -61kg defeated Shima Alessadi of Iran 3-1 in a tight final bout. It is the first gold medal this year for Xiaoyan Yin this season after the silver medal in Paris. 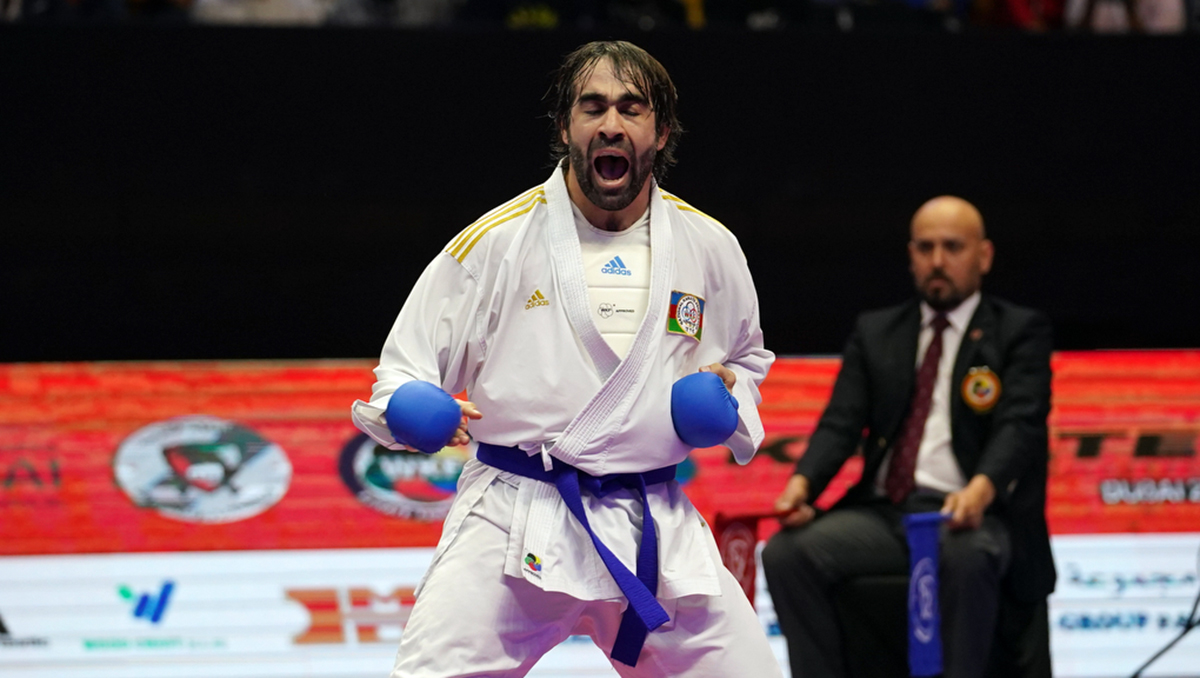 One of the most anticipated clashes of the day, the final of Male Kumite -75kg had two of the most experienced and most successful athletes of the category fighting for gold. Rafael Aghayev of Azerbaijan upset Luigi Busa of Italy in a dazzling final bout. Busa, who had defeated Aghayev in the final of the last edition of the European Championships had taken the lead 2-1. However, relentless Aghayev scored a late “Waza-ari” to win the bout 3-2.

Rafael Aghayev said: “I have been fighting against Luigi Busa for the past 15 years, and I have great respect for him. I respect him very much both in and out of the tatami. We know each other so well that even with closed eyes we know what the other is going to do. This gold medal is very important for me and it is a big step towards the Olympic Games. I wish the best success to all the athletes in the quest to the Olympic Games. May the strongest win.”

Karate at its best was featured in the final of Male Kumite -84kg. The clash was a roller-coaster of emotions with Zabiollah Poorshab of Iran and Daniyar Yuldashev of Kazakhstan engaged in a spectacular demonstration of offensive Karate abilities. After a succession of “Yukos” and “Ippon”, the bout went 5-5 with “Senshu” or first unopposed point for Yuldashev. With eight seconds to end the clash, Poorshab scored an impressive “Ippon” to win the bout 8-5. 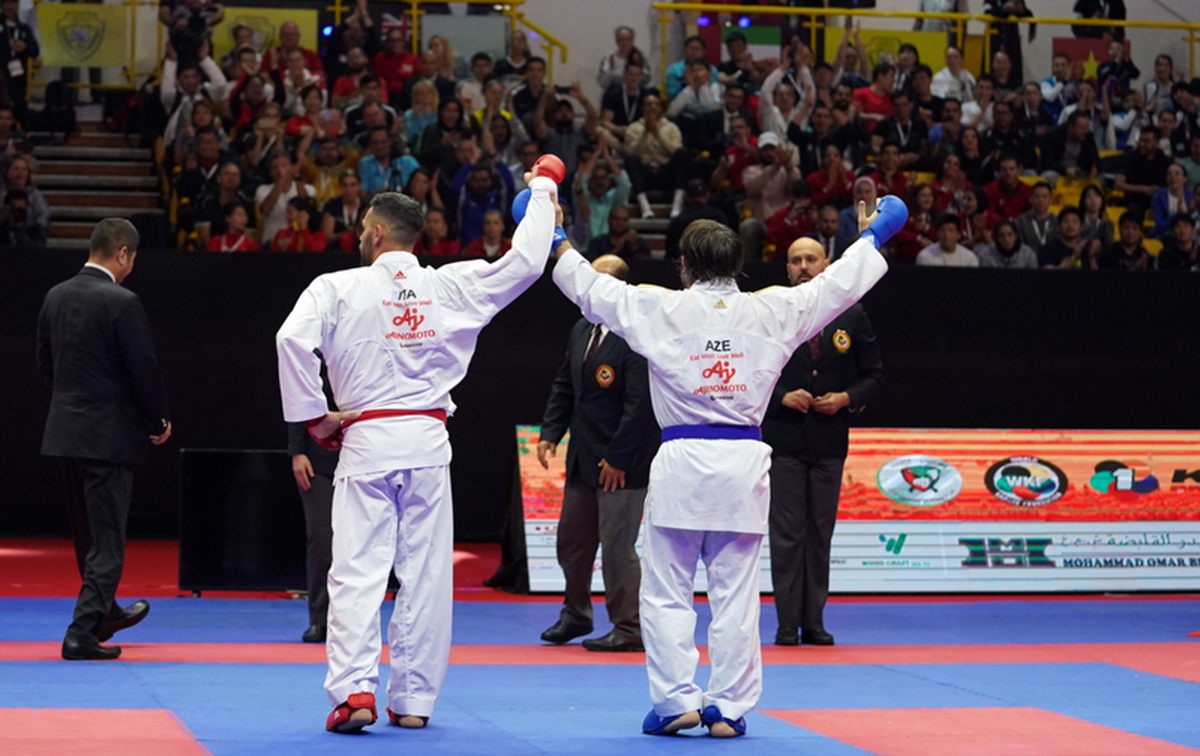 In Female Kumite -68kg, Li Gong won the second gold medal for China today after beating Egypt’s Feryal Abdelaziz 3-0. Meanwhile, Jonathan Horne of Germany used his World champion status to win gold in Male Kumite -84kg. The final clash of the category between Horne and Georgia’s Gogita Arkania went 1-1 after both karatekas had scored a “Yuko” each. The advantage of first unopposed point or “Senshu” gave Horne the crown in Dubai.

CLICK HERE to go to all the info on the Karate 1-Premier League Dubai including results and list of winners.

The Karate 1-Premier League moves now to Salzburg (Austria) where the third stop of Karate’s first-class series of international events will be held from February 28 to March 01. 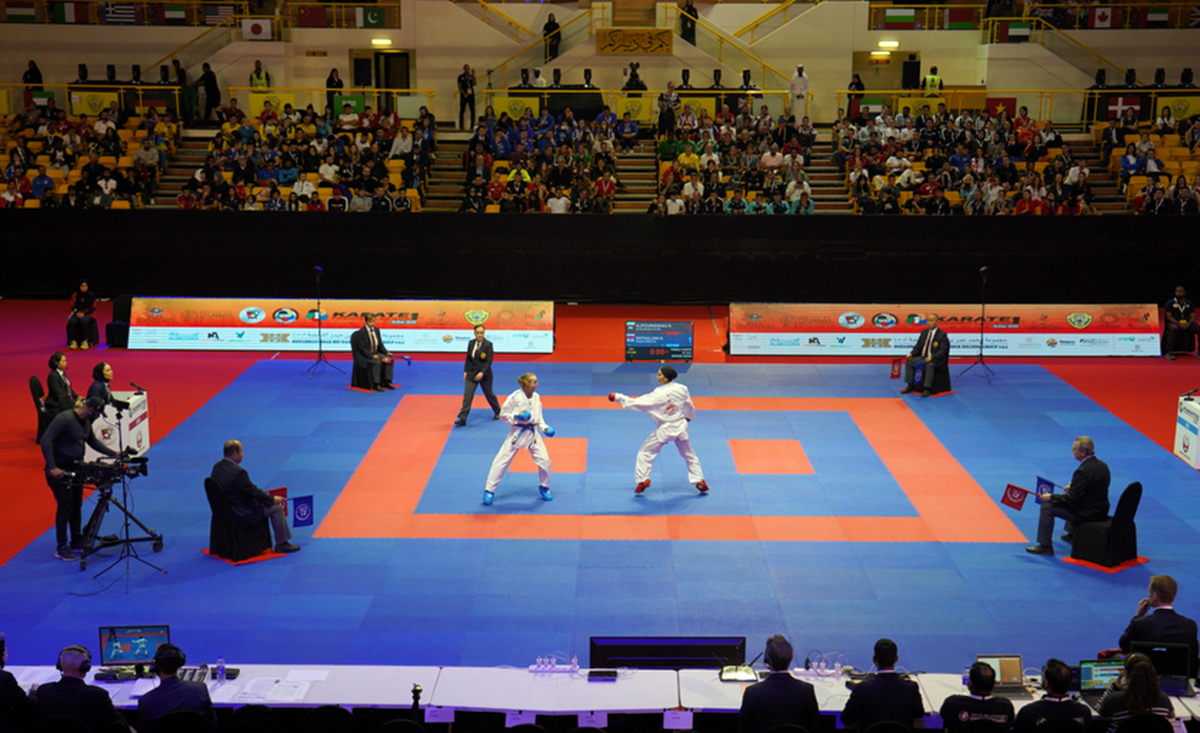