GRAND WINNER Sajad Ganjzadeh and the power of Iranian Karate 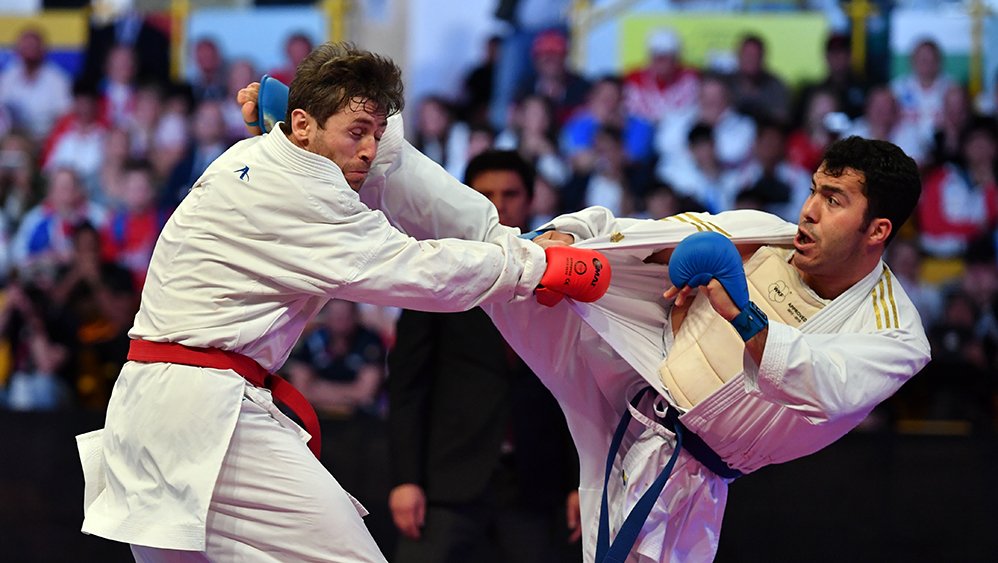 The 2017 GRAND WINNER of the Male Kumite +84kg category is SAJAD GANJZADEH. The Iranian ace, who was absent of the Grand Winners awarding ceremony in Halle/Leipzig, leads the powerful generation of the Asian country aiming at taking international Karate by a storm.

The 2017 GRAND WINNER of the Male Kumite +84kg category is SAJAD GANJZADEH. The Iranian ace, who was absent of the Grand Winners awarding ceremony in Halle/Leipzig, leads the powerful generation of the Asian country aiming at taking international Karate by a storm.

Sajad Ganjzadeh is making a name for himself in international Karate after presenting a successful career in top competitions over the last years. The Tehran-native won his first gold four years ago when 1st-dan Shito Ryu karateka prevailed at the Karate 1-Premier League in Istanbul.

One year later, the fierce karateka put his powerful approach to Kumite into action when he knocked on the doors of Karate’s elite with his silver medal at the 2014 World Championships. On that occasion, the surprising Iranian karateka almost shocked favourite Enes Erkan of Turkey in the thrilling gold-medal bout (5-4). 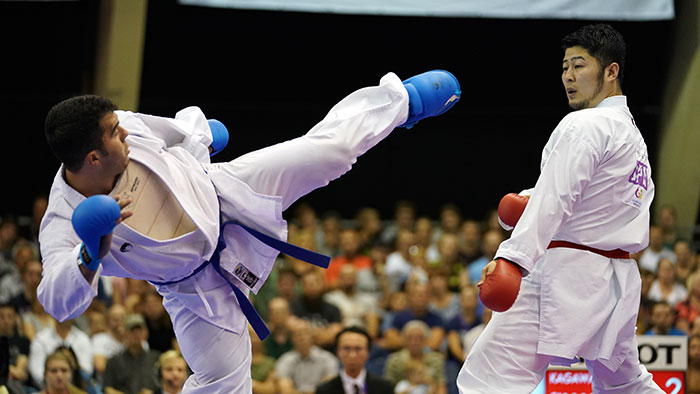 During the next two years, Ganjzadeh would be mostly absent from international competitions and only participated in three events, claiming medals in two of them (silver at the 2015 Asian Championships and gold at the 2015 Karate 1-Premier League in Okinawa).

IMPRESSIVE DEMONSTRATION AT THE WORLD CHAMPIONSHIPS

The confirmation of Ganjzadeh’s progression came at the 2016 World Championships. The Iranian energetic karateka produced such an impressive performance at Karate’s biggest stage that his path to gold was unstoppable. His quest to the top of the podium was so compelling that the Iranian ace clinched no less than 26 points in his first four bouts only. Ganjzadeh achieved such an outstanding success in the tournament that the 25-year-old athlete also contributed to the Iranian domination in Male Team Kumite thus stating the remarkable level of competition of Iranian Karate.

After his two golds at the 2016 World Championships, the Tehran-born karateka became a household name in international Karate. With three medals in three appearances in Karate 1-Premier League events this year, Ganjzadeh secured the Grand Winner award, one more recognition to his meteoric career. The Iranian top athlete prevailed at the events in Paris and Dubai and got bronze in Rotterdam.

Sajad Ganjzadeh, who wrapped up his successful season with a silver medal at The World Games, is capturing the attention of fans with his physical and powerful style. The World Ranking leader is also fast becoming a top favourite among Iranian Karate enthusiasts and the main representative of the increasingly dominating karatekas of the Asian country.

In fact, Iran finished in second position in the 2017 Asian Championships, took a remarkable third place at the 2016 World Championships (in 2014 Iran ended in sixth position) and this year Iranian karatekas have won five gold medals in Karate 1-Premier League, two of them going to the newly-proclaimed Grand Winner Sajad Ganjzadeh. 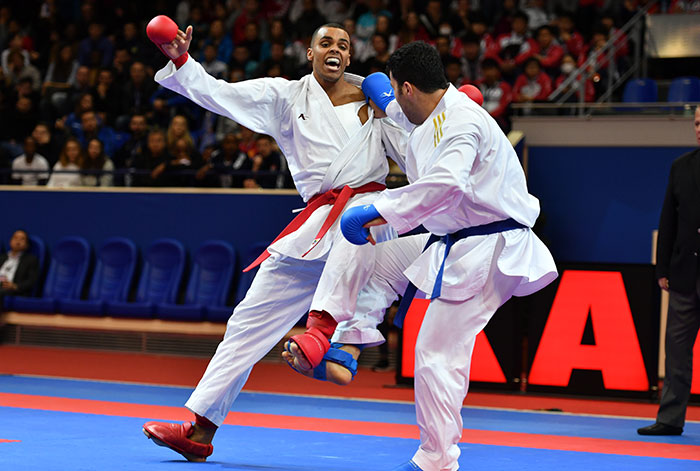