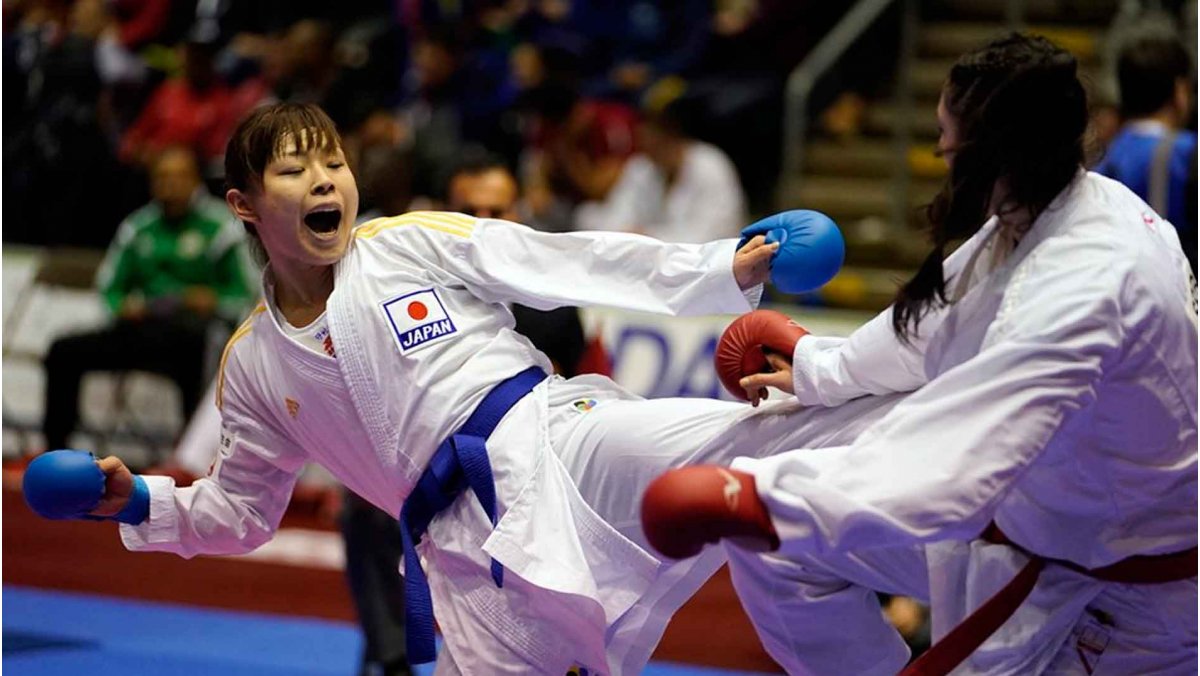 Grand Winner Ayumi Uekusa took the spotlight on the second day of competition of the Karate 1-Premier League Rotterdam and vowed with an impressive performance in the third stop of Karate’s first-class series of international tournaments. The current World champion was one of the big stars of the day of the thrilling event being held this weekend on Topsportcenter sports hall.

Grand Winner Ayumi Uekusa took the spotlight on the second day of competition of the Karate 1-Premier League Rotterdam and vowed with an impressive performance in Karate’s first-class tournament. The current World champion from Japan, Gwendoline Philippe of France and the Turkish karatekas were among the big stars of the day of the thrilling event.

After taking gold at the Karate 1-Premier League Dubai barely one month ago, Japan’s Ayumi Uekusa produced another sensational performance on  Karate’s top event. The 25-year-old karateka dominated the pool with a total of 11-1 in three bouts and earned the ticket to the final following the 2-0 victory in semi-finals over Turkey’s Meltem Hocaoglu. Grand Winner Ayumi Uekusa aims at her ninth medal in Karate 1-Premier League in the final bout against Hamideh Abbasali of Iran.

Japan will have another opportunity to increase their tally of medals in the tournament in the Kata competition. Issei Shimbaba will represent the birth nation of Karate in the final of Male Kata after defeating Ilja Smorguner of Germany (4-1). The Japanese representative took gold in Rotterdam last year, so the 28-year-old karateka will try to get back-to-back victories in the Dutch city. 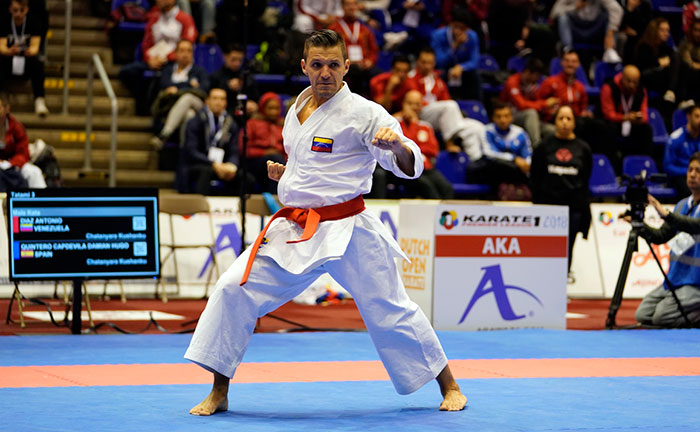 Waiting on the other side of the tatami, Antonio Diaz of Venezuela will try to put an end to the Japanese domination in the category of choreographed movements. The Karate Star reached his first final this year following his triumph by split decision (3-2) over Grand Winner Damian Quintero of Spain in one of the highlights of the day. The two-time World champion, who excelled in his performance of Chatanyara Kushanku kata reached the top of the podium in Karate 1-Premier League for the last time in 2016 when the Venezuelan Kata ace prevailed in the event in Hamburg (Germany).

LOCAL FANS TO BACK MORENO SHEPPARD'S QUEST TO GOLD

The local delegation will also have reasons to celebrate since Dutch representative Moreno Sheppard will defend the hopes of the organising nation in the final day. The 30-year-old karateka qualified for the first Karate 1-Premier League final in over two years and will try to take the flag of the host nation to the top of the podium in the Male Kumite +84kg category.

Germany’s Jonathan Horne will try to upset the local hopes as the Karate 1-Premier League Paris bronze medallist will be on the other side of the tatami. The 2016 European champion defeated France’s Mehdi Filali in semi-finals so to be on the last day of competition. 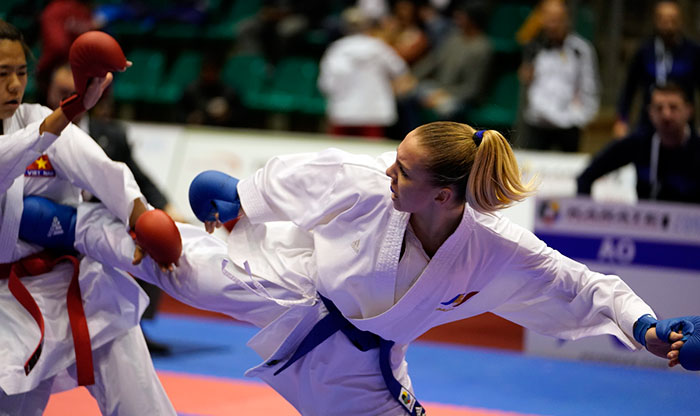 Gwendoline Philippe of France proved to be one of the most promising athletes of today’s Karate. The current U21 World champion, who surprised in the Karate 1-Premier League Paris with an outstanding performance, presented another showcase of excellent Karate and qualified for the final of Female Kumite -61kg. The rising star crushed Phuong Lien Mai Thi of Vietnam with an impressive 11-3 to be in her second final this year.

Her rival in the title-deciding bout will be Merve Coban of Turkey. The winner of Karate 1-Series A Guadalajara continued the successful performance of Turkish karatekas in the tournament and earned the chance to fight for gold after beating Madina Utelbayeva of Kazakhstan in semi-finals (2-0). 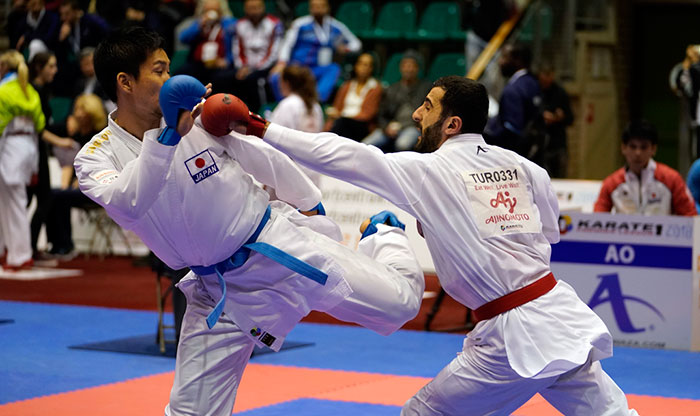 The Turkish delegation will have one more representative fighting for gold on the last day of action since Ugur Aktas qualified for the final of Male Kumite -84kg. The current European champion edged Grand Winner Ryutaro Araga of Japan in semi-finals (1-0) so to make it to his first final this year.

Also in Male Kumite -84kg, France’s Mohamed Salem produced one of the biggest shocks of the tournament with his qualification to the final. In his second appearance in international competitions, the 27-year-old karateka reached the last day of competition after beating Aykhan Mamayev of Azerbaijan in semi-finals (3-1).

The clash of Germany’s Johanna Kneer against Slovakia’s Miroslava Kopunova in Female Kumite -68kg completes the list of finalists for the thrilling Karate 1-Premier League Rotterdam.