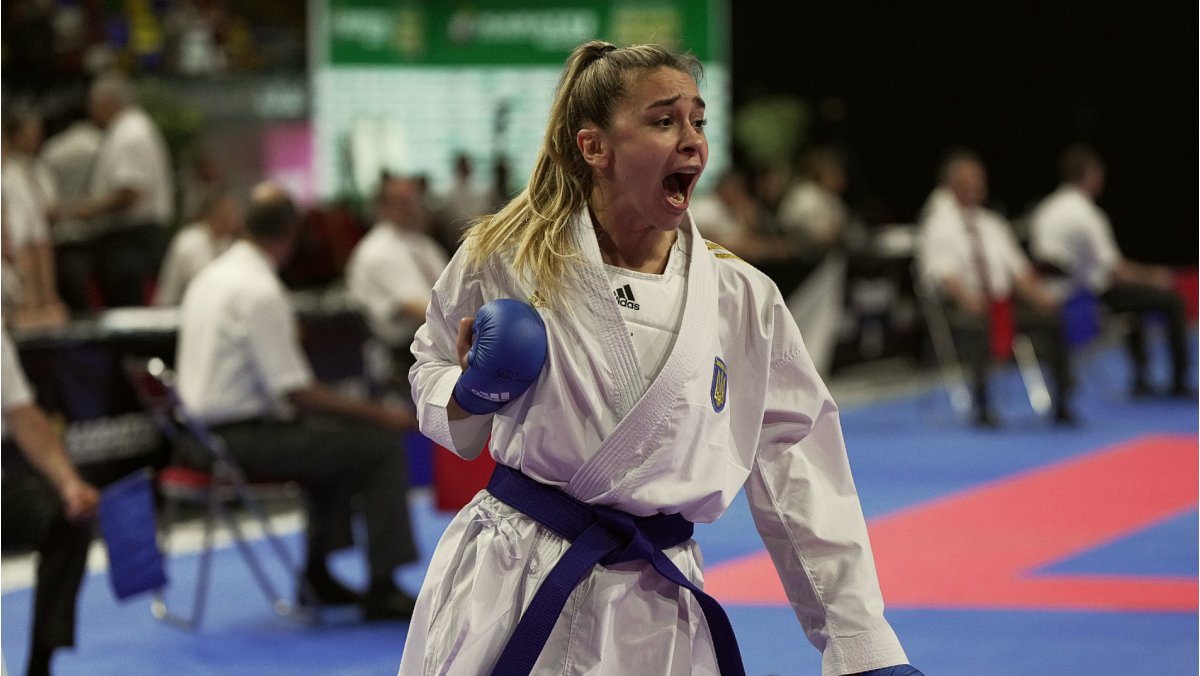 The third event of the season of the 2022 Karate 1-Premier League started today in Rabat (Morocco). Grand Winner Anzhelika Terliuga of Ukraine was among the big winners of the day.

Grand Winner and World ranking leader Anzhelika Terliuga demonstrated to be in sensational form as she qualified for her third final in three events this year. The most successful karateka of the season thus far, Terliuga defeated Li Lirisman of Estonia in the semi-final 2-1 and aims at her second gold of the season.

The current Grand Winner of the category will have Ahlam Youssef of Egypt as the opponent in the final on Sunday. Youssef who is the current World champion upset Lorena Busa of Italy in an impressive demonstration of efficiency 7-2.

Abdel Ali Jina inaugurated the quest to gold of the host athletes as he reached the final of Male Kumite -60kg. The Moroccan karateka who is also the current World Championships bronze medallist defeated Aminagha Guliyev of Azerbaijan in the semi-finals 1-1.

His rival in the final is Mohamed Salah Mohamed of Egypt who edged Abdullah Shaaban of Kuwait by “Hantei” or decision 0-0. 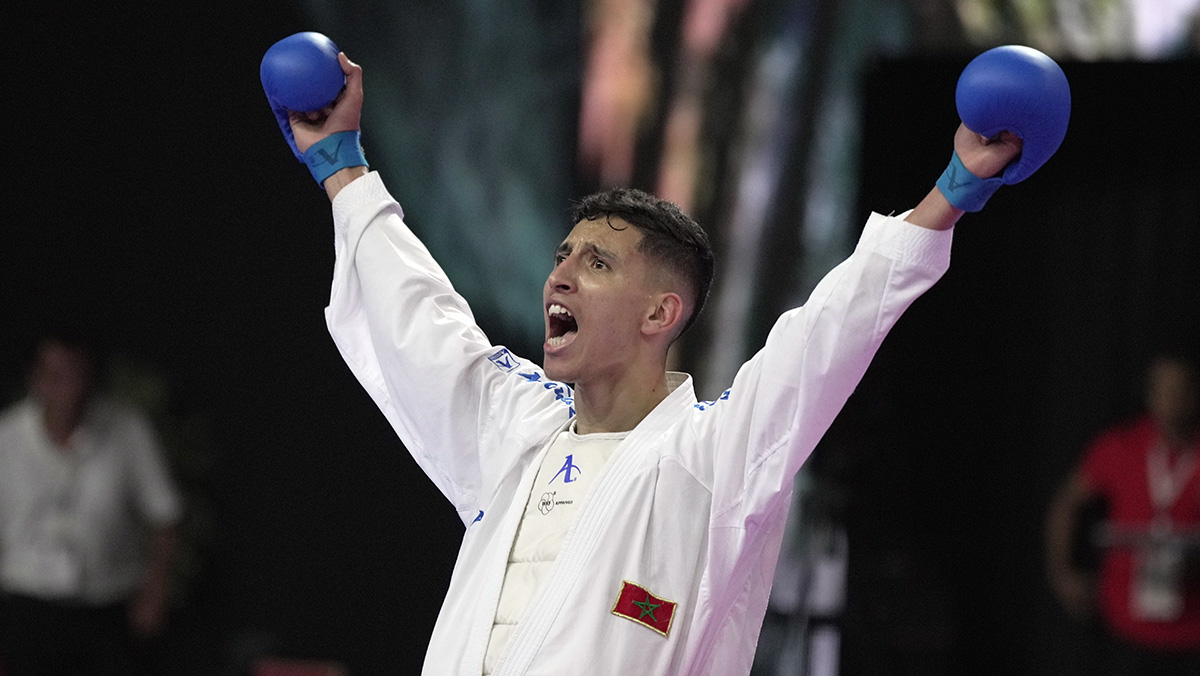 Gema Morales of Spain and Reem Ahmed Salama of Egypt surprised favourites in Female Kumite -50kg and will fight for the gold on Sunday.

The Spanish karateka, who had participated in the Kata competition in the morning, made it to her second final of Karate 1-Premier League following a shocking victory over Olympic Games bronze medallist Bettina Plank of Austria 4-1. 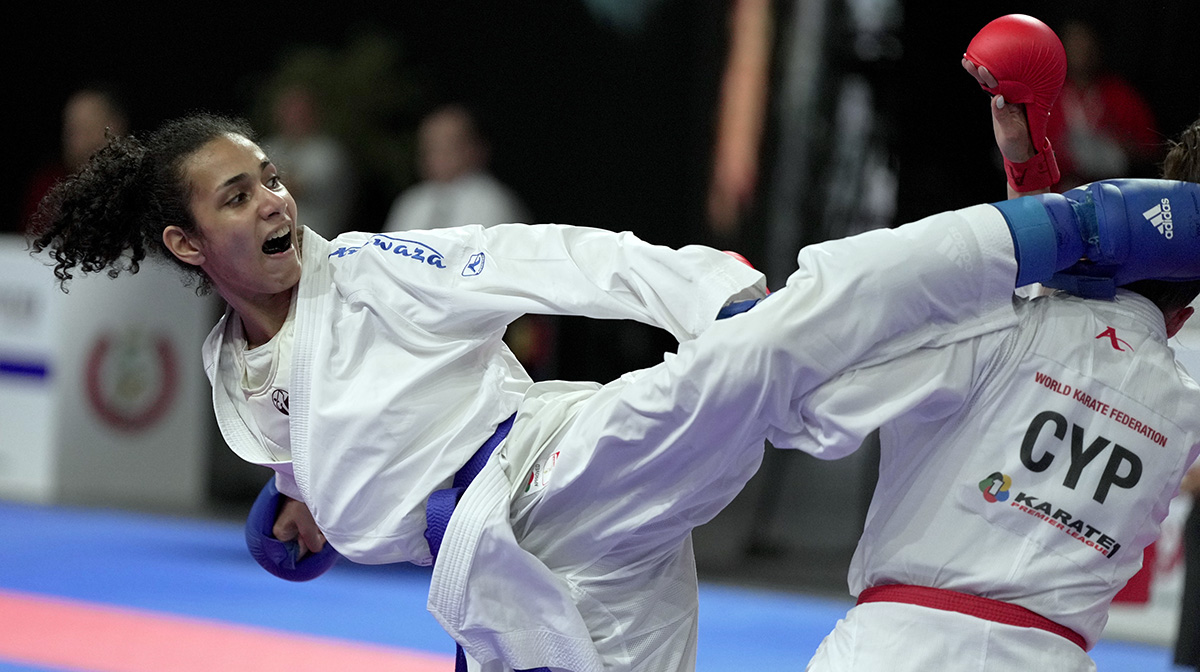 The Egyptian delegation completed an outstanding day since the representatives of the African powerhouse nation qualified for five finals today.

The other spot in the final of this category is taken by Dionysios Xenos of Greece who made it to his first title-deciding bout this year. The current European champion defeated local karateka Said Oubaya of Morocco in a thrilling semi-final 7-5.

The success of Egyptian karatekas today was completed in Male Kumite -75kg. The category will have an all-Egypt final as Abdalla Abdelaziz and Ali Elsawy will compete for gold in an anticipated clash. 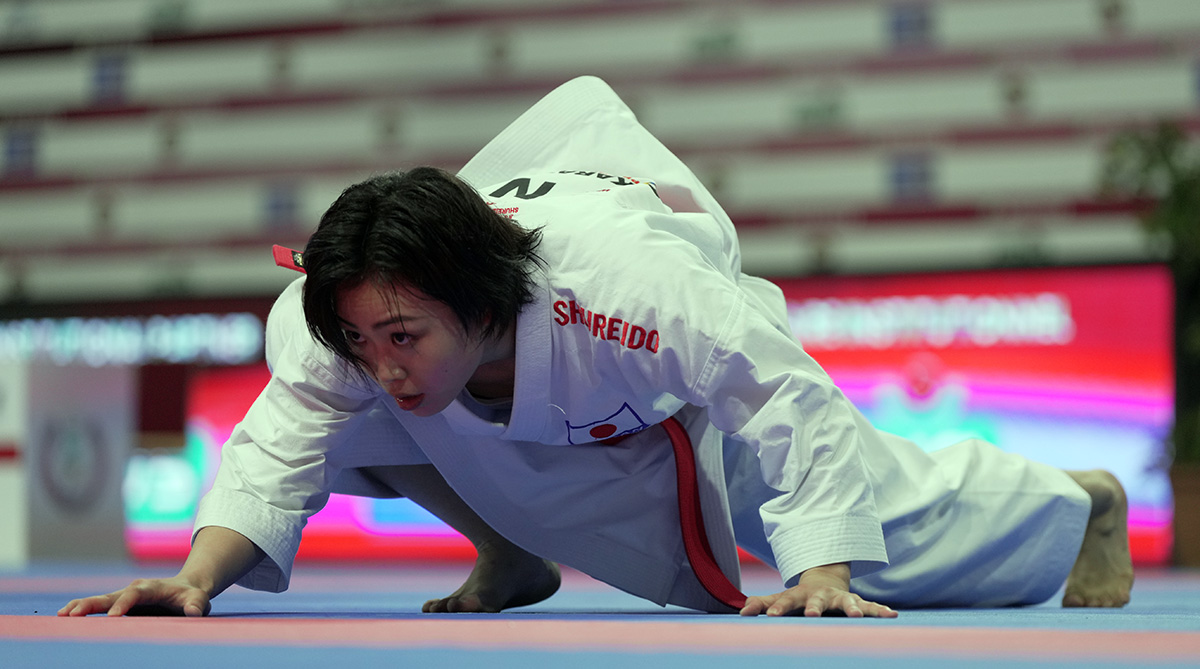 The final of Female Kata will see Olympian Mo Sheung Grace Lau of Hong Kong and World Championships runner-up Hikaru Ono of Japan fighting for gold. The two favourites dominated the competition and aim at winning their first gold this year.

Olympic Games bronze medallist Mo Sheung Grace Lau defeated Natsuki Shimizu of Japan by a slim 25.68 to 25.48. Meanwhile, Asian champion and World Championships silver medallist Hikaru Ono made it to her second final this year after defeating teammate Maho Ono by 25.80 to 25-54.

The competition continues Saturday with the second day of the eliminations. All the tournament is available LIVE on the WKF YouTube channel.

CLICK HERE to find all the info on the Karate 1-Premier League Rabat including results and schedule.