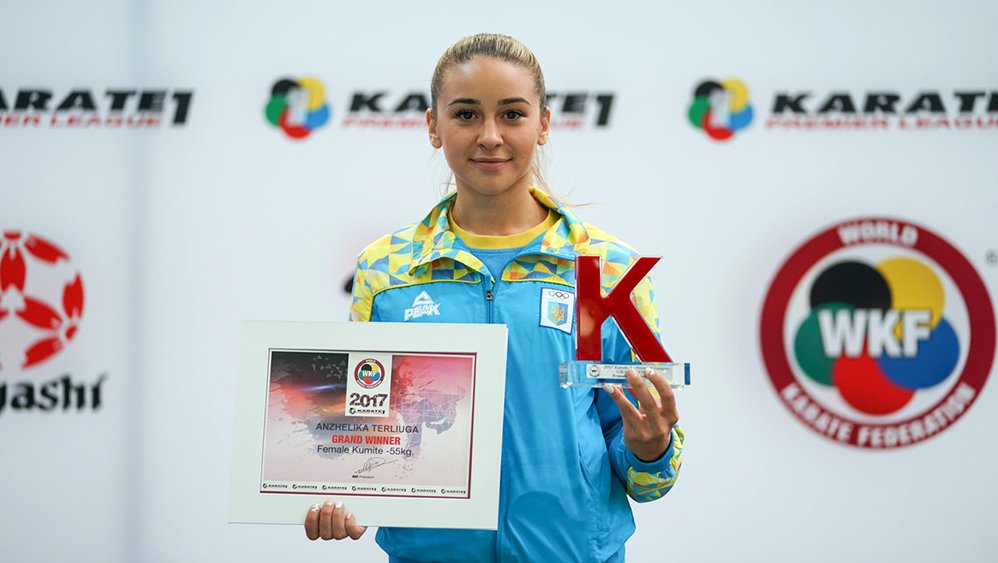 The 2017 GRAND WINNER of the Female Kumite -55kg category is ANZHELIKA TERLIUGA. The 25-year-old Ukrainian karateka got the biggest accomplishment of her career and confirmed her status as one of the most promising athletes of international Karate.

The 2017 GRAND WINNER of the Female Kumite -55kg category is ANZHELIKA TERLIUGA. The 25-year-old Ukrainian karateka got the biggest accomplishment of her career and confirmed her status as one of the most promising athletes of international Karate.

“I feel great for this Grand Winner award. I also won here in Germany so for me it has been an unforgettable weekend”, said the Ukrainian champion after being honoured as the best of the best of the season.

The 1st dan karateka prevailed at the Karate 1-Premier League in Halle/Leipzig completing her best season in international competitions. Terliuga dominated the last tournament of the 2017 Karate 1-Premier League following a powerful demonstration of efficient Karate. After a rocky start of competition, the Ukrainian fan favourite presented such a powerful performance in Halle/Leipzig that she claimed the title receiving only a yuko in seven bouts and taking 21 points. 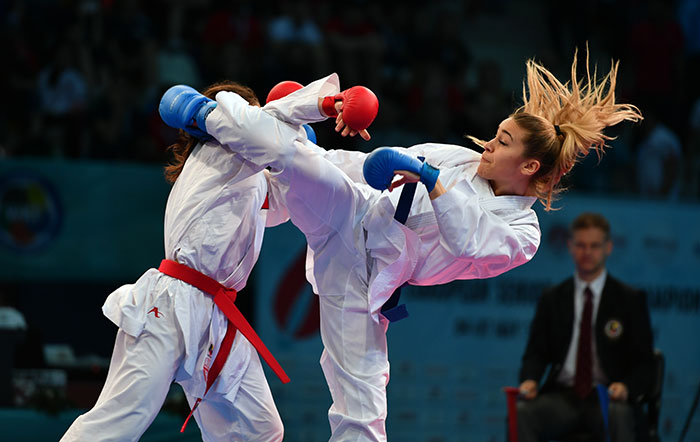 Before her confirmation as one of the main rising figures of international Karate this year, Anzhelika Terliuga had only won six medals in first-class competitions. While the Ukrainian karateka had taken her first honour in 2011 at only 19 years, it took her four seasons to go back to the podium, until her victory at the 2015 Karate1 Premier League – Coburg.

Her first major hit in international Karate occurred in 2016 when the exquisite karateka won silver at the 2016 European Championships. Terliuga showed her abilities throughout the tournament, eliminating top competitors and not allowing rivals to complete positive actions in all her four bouts. The Ukrainian karateka took 15 points during the tournament before losing the final against Italy’s Sara Cardin.

This season the 1st dan Karateka won two golds in Karate 1-Premier League thus securing the GRAND WINNER award. Her victories in Rotterdam and Halle/Leipzig together with her bronze medal at the European Championships wrapped up the memorable year for the young karateka.

“It was a very good way to finish the season (with the gold in Halle/Leipzig). I hope this victory and the Grand Winner award give me the strength to keep on fighting for my goals and hopefully to qualify for the Olympic Games,” said the Ukrainian young idol. 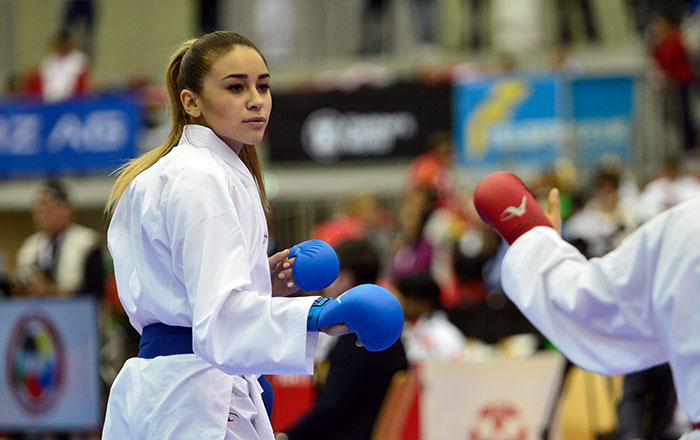