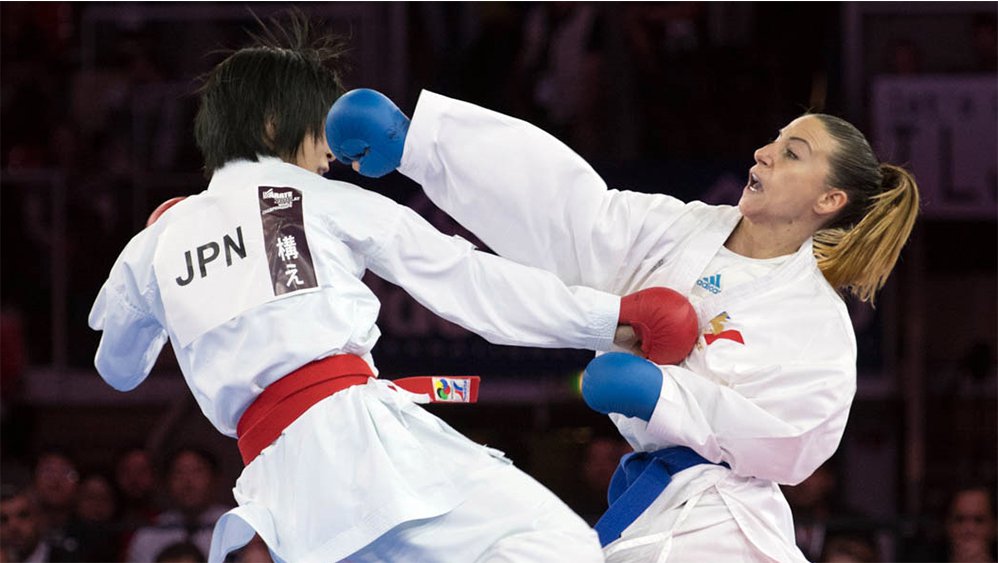 Alexandra Recchia and Japanese stars Kiyou Shimizu and Ryo Kiyuna got the highest honours at the 2016 Karate World Championships and were enthroned among Karate’s biggest stars in the memorable event being held in Linz.

Alexandra Recchia and Japanese stars Kiyou Shimizu and Ryo Kiyuna got the highest honours at the 2016 Karate World Championships and were enthroned among Karate’s biggest stars in the memorable event being held in Linz. Following the spectacular morning session in which Rafael Aghayev, Alisa Buchinger and Giana Lotfy were among the big winners, the Saturday afternoon session left plenty of moments to remember in the thrilling quest to gold.

Kiyou Shimizu continued Japan’s golden performance in Linz and claimed the third highest award for the delegation of the birth nation of the sport. Presenting a flawless and almost perfect kata, the 22-year old karateka extended her reign in Female Kata category as she earned her second consecutive world title.

Two years ago, Shimizu prolonged Japan's golden domination in the category and followed the indelibe success of the legendary Rika Usami in Paris 2012 to win the world crown at only 20 years of age. Now in Linz, Shimizu ruled again in the category, and after beating youngster Sarah Sayed of Egypt she rose once more to the altars of the sport.

“Today I felt very motivated even from the warm-up area. In the first part of the kata I think I did my best. In the second part I had some parts that I think need to be improved. Nonetheless, I did enjoy this competition and I am happy for the gold,” said Shimizu.

“For 2018 and for 2020 I will continue putting every effort to overcome myself. My opponents are better and better and I still think that I have space for improvement,” commented the new world champion. 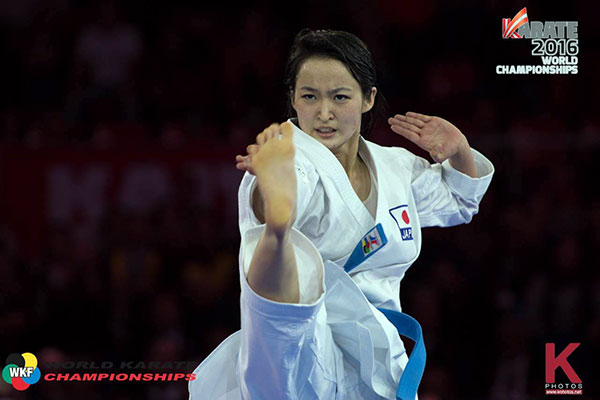 Two out of two for Japan in Kata

Amir Mehdizadeh got for Iran the fifth medal of the day for the delegation of the Asian country after prevailing in the Male Kumite -60kg category. Presenting a high level of performance, the young karateka defeated Geoffrey Berens of The Netherlands so to give Iran their second gold medal of the day.

“It has been a wonderful experience and a great opportunity for me. I did not expect this success and I certainly would like to dedicate this medal to my country,” declared Mehdizadeh. 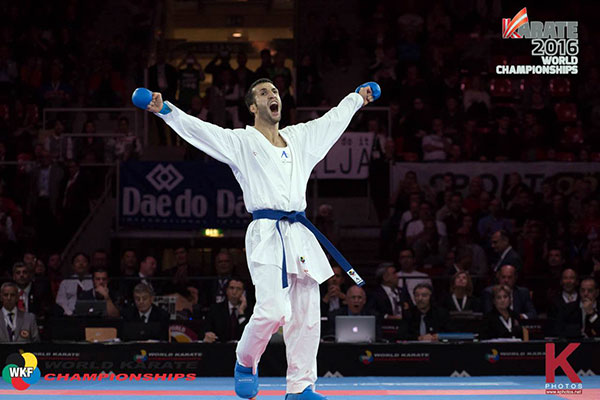 After their five medals in the morning session, France wrapped up their outstanding performance in the first day of finals in Linz with the first of the two gold medals won today by Karate Star Alexandra Recchia. The current European champion put a golden finishing touch to an unforgettable year; only four days after her 28 birthday and barely a month after passing the lawyer’s bar, the Lyon native won her fourth medal in major international competitions this season, and recaptured the world crown earned four years ago in Paris. Recchia’s victory over Japan’s Miho Miyahara elevates the affable athlete to Karate’s glory.

“It is the second time that I win two gold medals in the same World Championships, just as I did in Paris,” commented Recchia mentioning her success in individual and team kumite. “However, this time is even more important because four years is a long time; also, I am also working now and it required more effort for me to be here. It has been a very special tournament for me.”

In a dominating performance in the final bout of Male Kumite -67kg, Jordan Thomas of England put an end to his country’s drought in World Championships after defeating Yves Martial Tadissi of Hungary. The 24-year old followed the footsteps of his father and former World and European champion to continue making history for the sport in his country. The Luton-native who won in 2012 the first European medal for his nation in eight years, put England again in the spotlight of the ancient discipline. 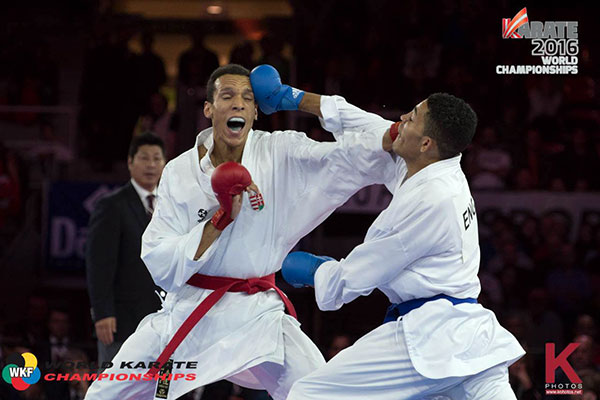 “It is long coming. I have been dreaming about this since I was a boy,” said Thomas, who dedicated this success to his father. “He led the way. He could not be a better role model for me and I have to dedicate it to the hard work he and I did to get this medal.”

“I know my history and I know where I come from. But it is a new generation. English and British Karate are on the rise,” said Thomas

Just minutes after being awarded her gold medal in individual kumite, Alexandra Recchia joined her teammates to lead France to yet another gold medal. The French squad defeated Spain in the final of Female Team Kumite and confirmed the prevalence of Les Bleus in team competitions. The French side formed by Recchia, Lucie Ignace, Alizee Agier and Leila Heurtault was too hard to handle for young Spaniards and earned the gold after winning the silver medal two years ago.

“It is an amazing day for us,“ said Alizee Agier, while teammate Alexandra Recchia pointed out: “There are no words to describe how we are feeling right now.”

“I am extremely happy for this gold medal, we have worked very hard for this moment, and it has clearly been a collective effort,” added Leila Heurtault.

After the outstanding demonstration of the Intellectually impaired category in the morning session, the moving Para-Karatekas of the blind/visually impaired category took the stage in Linz to showcase their impressive abilities. Helga Balkie of Germany and Nicolai Bondarev of Moldova got the gold medals, thus confirming once more that there are no barriers to overcome difficulties when it comes to Karate. 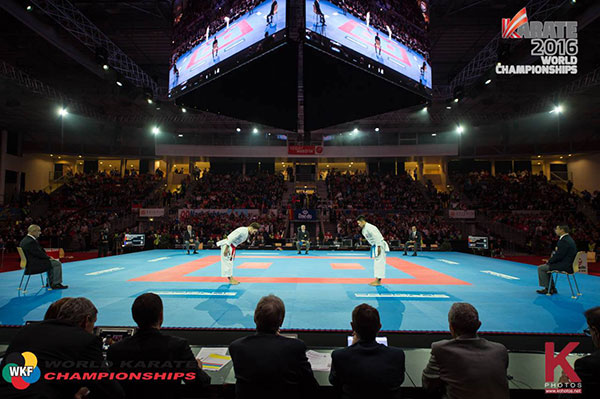