Future stars of European Karate shine on day 1 of #KaratePrague2022 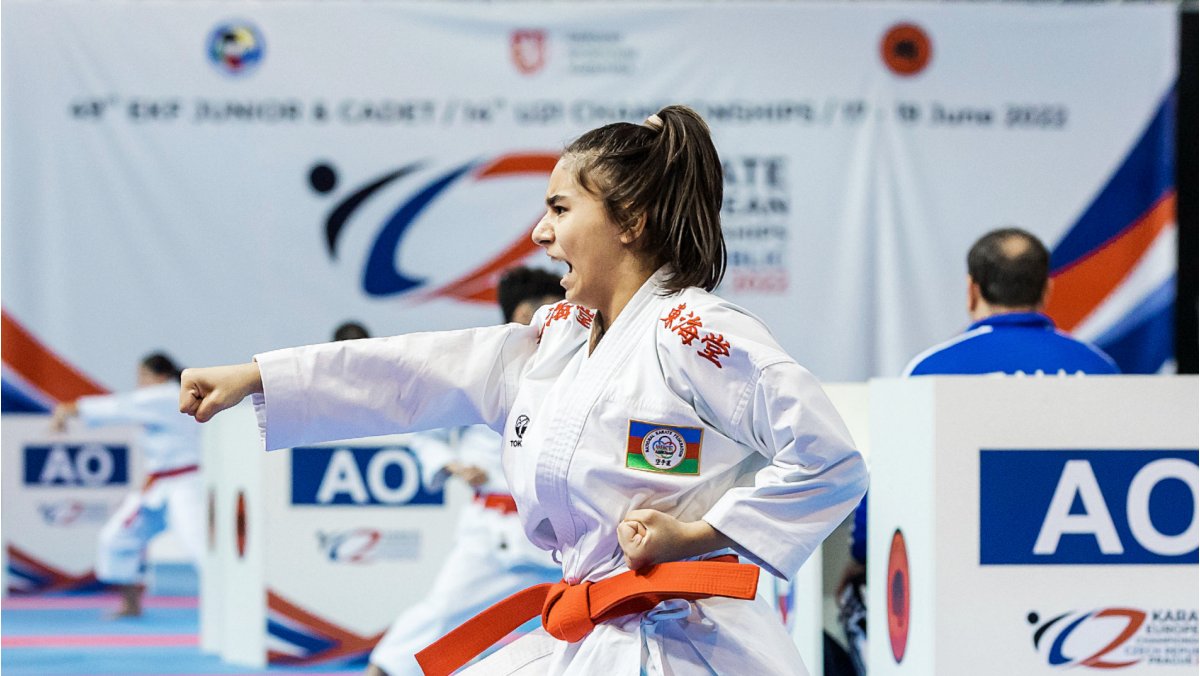 The 2022 EKF Cadet, Junior & U21 Championships started today in Prague (Czech Republic). The Cadet categories took the stage and they showcased their impressive skills as the popularity of Karate was further showcased today.

Powerhouse nations of the sport confirmed their strength in Kata categories as seven countries claimed the 16 spots in the finals of the tournament.

In the Cadet Kata competition, Mai-Linh Bui of France and Julieta Alvarez of Spain, and Joao Vieira of Portugal and Juraj Muller of Slovakia will clash for the gold medals.

Meanwhile, the finals of Junior Kata will have Chiara Manca of Belgium and Paola Garcia Lozano of Spain, and Furkan Kaynar of Turkey and Damian Miklovics of Slovakia fighting for the titles.

Favourites ruled the U21 Kata competition as the continental crowns will go to either Sabrina Savoy of Spain or Natacha Fernandes of Portugal in the Female category and to Alessio Ghinami of Italy and Enes Ozdemir of Turkey in the Male division. 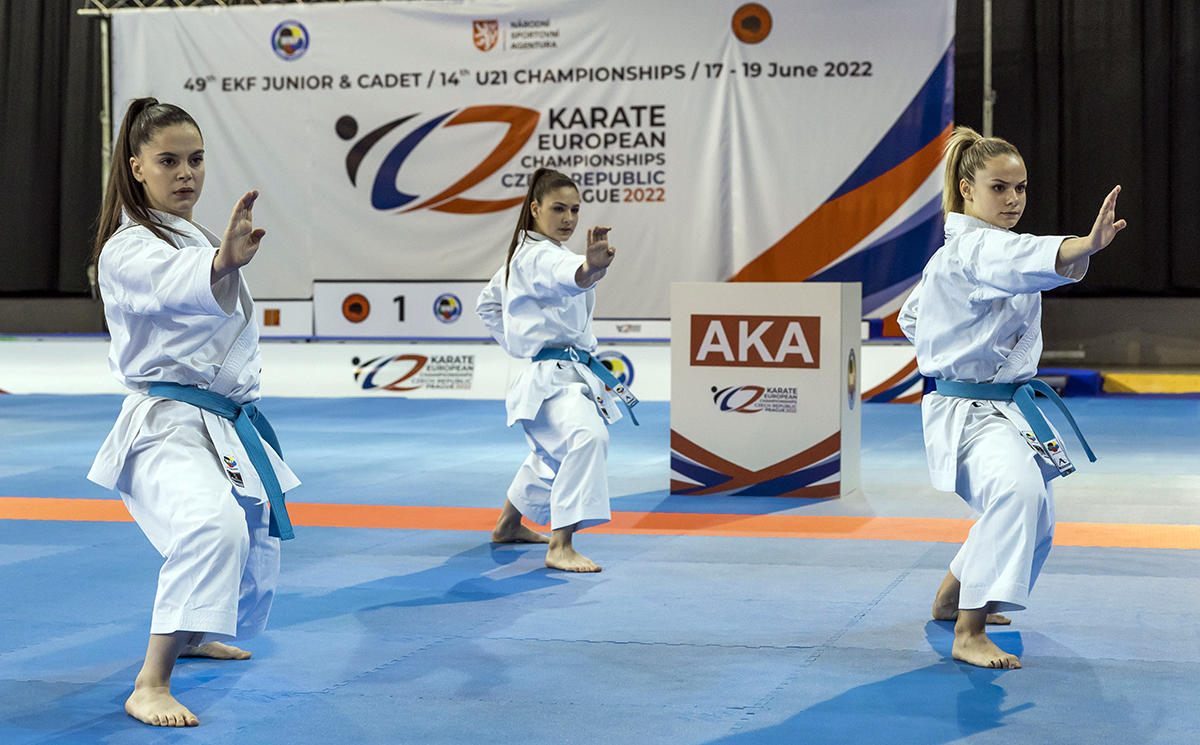 In the Cadet Kumite categories, the popularity of the sport in Europe was further highlighted as no less than 15 countries qualified representatives for the finals of the competition.

In Cadet Kumite Female, the finals will see Zuzanna Dopieraslka of Poland vs Christina Triada Pappa of Greece in -47kg, Korina Klaric of Croatia against Buse Kilic of Turkey in -54kg, and Houda Taklit of France and Dariia Bulai of Ukraine in +54kg clashing for the titles. 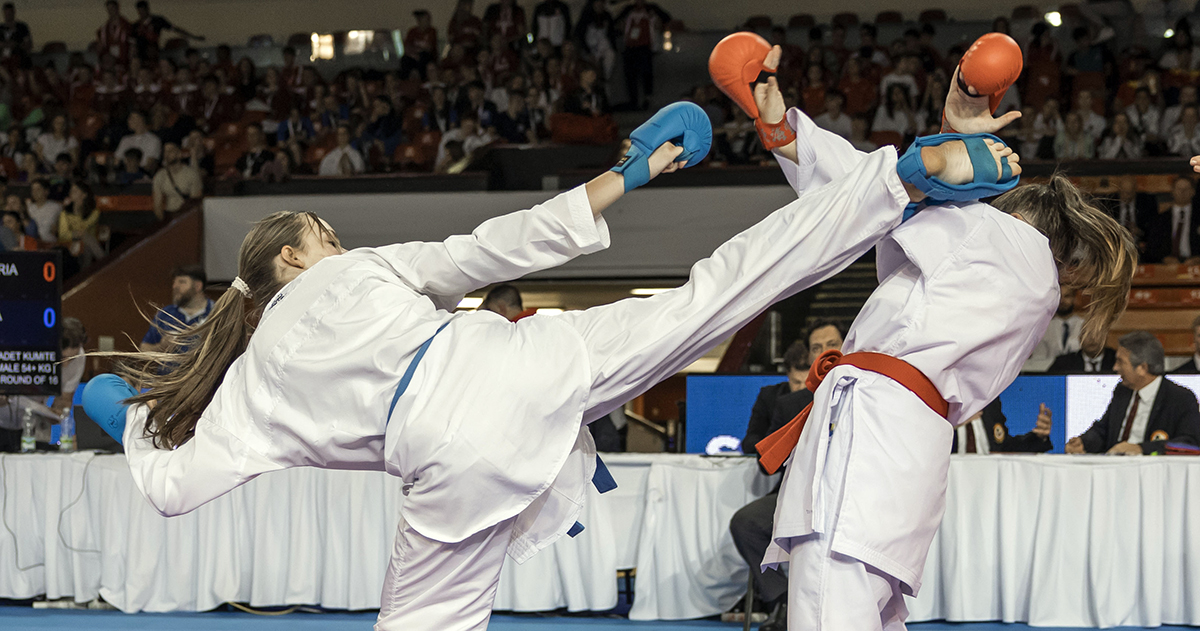 The crowns in Cadet Kumite Male will go to either Joe Gallagher of Scotland or Matt Rombeaux of Belgium in -52kg, Luka Pejic of Bosnia and Herzegovina or Cristian Gutu of Republic of Moldova in -57kg, Luciano Novo of Portugal or Tarik Salkic of Bosnia and Herzegovina in -63kg, Robin Mateo Zuniga of Germany or Marcos Garcia-Gil of Spain in -70kg, and Alexander Davies of Luxembourg or Rahib Azim of Azerbaijan in +70kg.

The competition continues on Day 2 on Saturday with the junior categories taking the stage.

CLICK HERE to go to the micro-site of the 2022 EKF Cadet, Junior & U21 Championships.