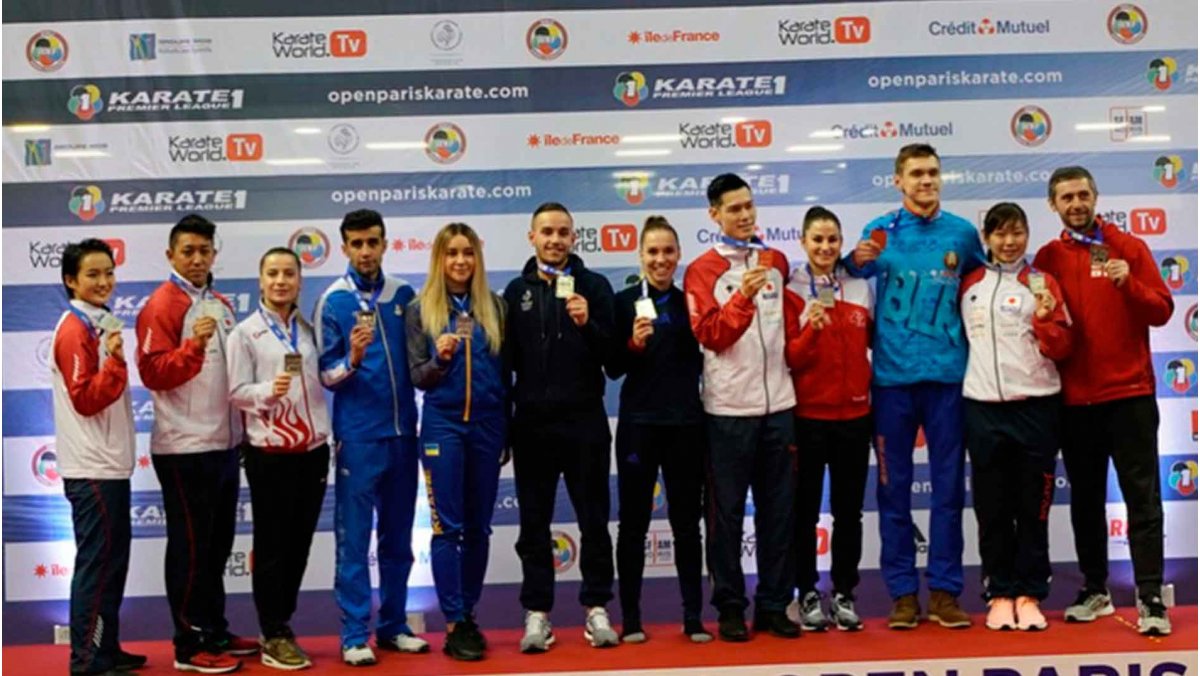 French Karate fans had plenty of reasons to celebrate since the host country won gold in two of the three finals that they had at stake today. Steven Dacosta demonstrated his status as most promising Karate rising star with his victory over Luca Maresca in the final of Male Kumite -67kg. The French wonder defeated the 2015 European champion from Italy by 5-0 and continued on outstanding form following his impressive triumph at the World Championships.

Much to the celebration of the full sports hall, Gwendoline Philippe took the second gold medal for France today as the up-and-coming karateka claimed the title in Female Kumite -61kg. In a sensational final, the French karateka upset two-time World champion Giana Lotfy of Egypt. 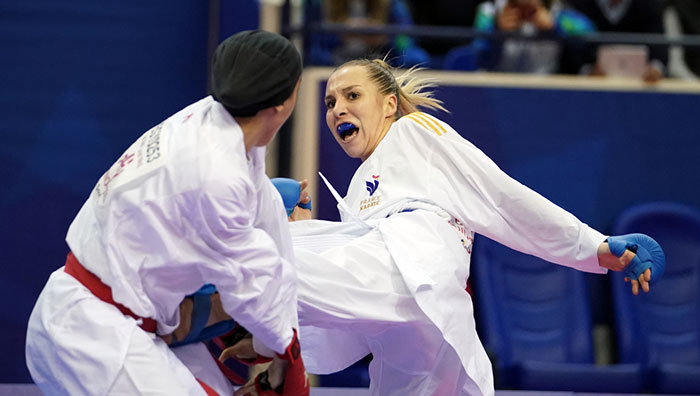 Lotfy had taken the lead with an impressive “Ippon”. However, Philippe bounced back and after claiming an early “Yuko”, the sensational competitor scored two “Wazari” and one more “Yuko” to finish the bout 6-3.

The celebrations of French fans could not be completed since they had to settle with silver in Female Kumite +68kg. Nancy Garcia could not take the French flag to the podium since the victory went to Japan’s Ayumi Uekusa. The Japanese karateka who is the current Grand Winner performed at a great level and came back to winning ways after her disappointment in the World Championship. This time Uekusa overcame the local karateka by a convincing 7-3.

Japan re-took the double crown in Kata since the two gold medals in the individual competition in the category of choreographed movements went to representatives of the birth nation of the sport. Ryo Kiyuna extended his domination of the Male Kata category and beat Damian Quintero of Spain in the title-deciding bout. The current World champion from Japan excelled in his “Ohnan Dai” kata and scored 26.92 points while the World Championships runner-up from Spain performed “Chatanyara Kushanku” kata and ended with 25.0 points. 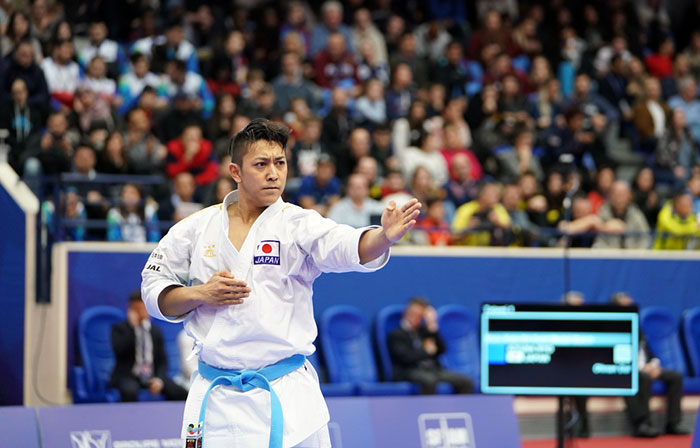 In Female Kata, Kiyou Shimizu avenged the defeat she suffered in the final of the World Championships and beat Sandra Sanchez of Spain. The two-time World champion from Japan and current World Championships runner-up got a score of 26.14 points as the defending World title-holder from Spain claimed 25.2 points. Sandra Sanchez performed “Chantanyara Kushanku” kata while Kiyou Shimizu excelled in her "Chibana no Kushanku" kata; both of them demonstrated to be the two main front-runners of the category.

Showcasing a tremendous efficiency, Serap Ozcelik proved to be one of the karatekas on best form. The current World Championships silver medallist defeated current World title-holder Miho Miyahara of Japan in another repetition of the final bout of Karate’s biggest event. Ozcelik who is the defending Grand Winner of the category overpowered Miyahara with a conclusive 6-0 victory in the final.

Miho Miyahara was however not the only World champion in trouble here in Paris. In Male Kumite -60kg, the current World title-holder was also dethroned in Paris since current gold medallist Angelo Crescenzo of Italy lost the final bout against Iran’s Majid Hassan Niadeilami. The promising karateka from Iran claimed a 3-1 victory in the title-deciding bout so to win his first gold medal in international competitions 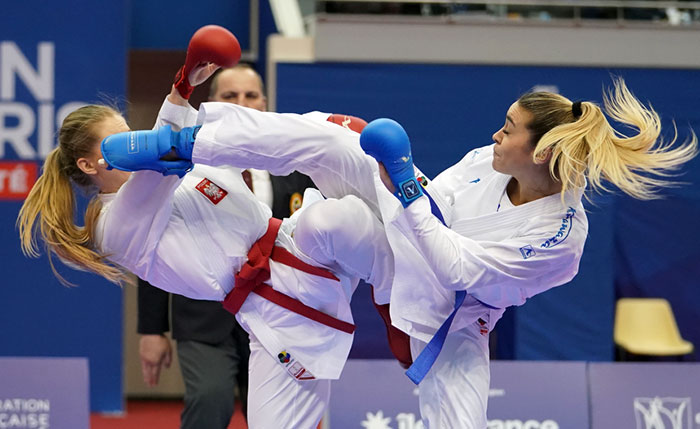 World champion Dorota Banaszczyk of Poland suffered the same situation in Female Kumite -55kg. The 20-year-old karateka was making her debut as World title-holder here after her surprising victory in the World Championships but could not celebrate her new status – and her birthday today. Ukraine’s Anzhelika Terliuga was too strong to handle, as the former Grand Winner from Ukraine took the final bout 4-0.

The outcome of the Male Kumite -75kg was also surprising. Or maybe not so much. Japan’s Ken Nishimura upset five-time World champion Rafael Aghayev of Azerbaijan in a demonstration of the impact of younger generations in international Karate. The Japanese karateka got the final bout and the title following a slim 1-0 victory over the legendary athlete from Azerbaijan. This result is a repetition of the final last year in Paris, where Nishimura also defeated Aghayev in the title-deciding bout. 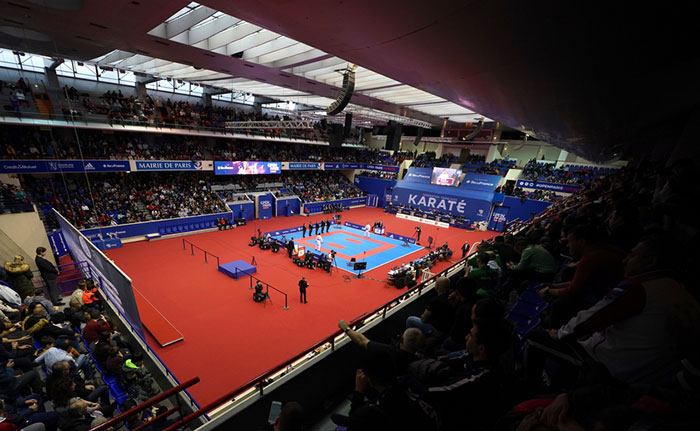 The Karate 1-Premier League travels now to Dubai (UAE) where the second stop of Karate’s biggest international series of event will take place from February 15-17.