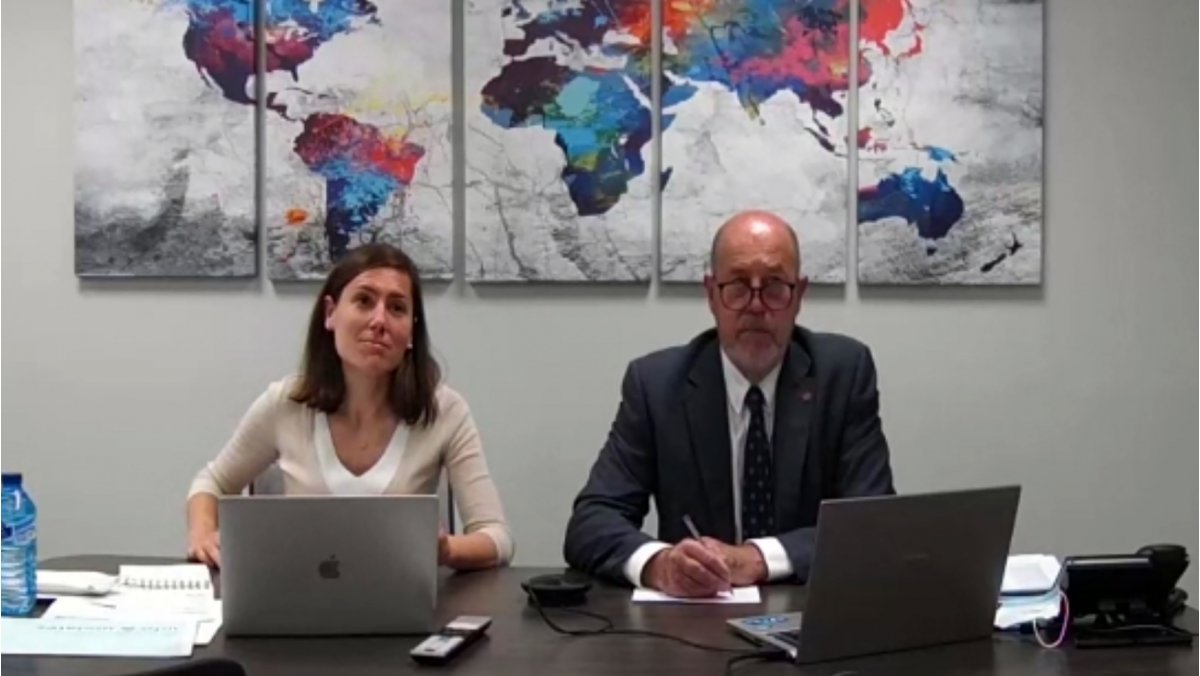 WKF President Antonio Espinós today opened the fourth round of meetings with national federations. The gatherings are held via video conference and aim at reviewing the progress of the sport around the world.

Representatives of nearly 80 national federations will gather over three days with WKF President Antonio Espinós and WKF stakeholders to discuss the situation of Karate worldwide amid the current coronavirus pandemic.

Addressing the first group of national federation delegates, Mr. Espinós spoke of his optimism for the progress of the sport despite the existing challenging circumstances. 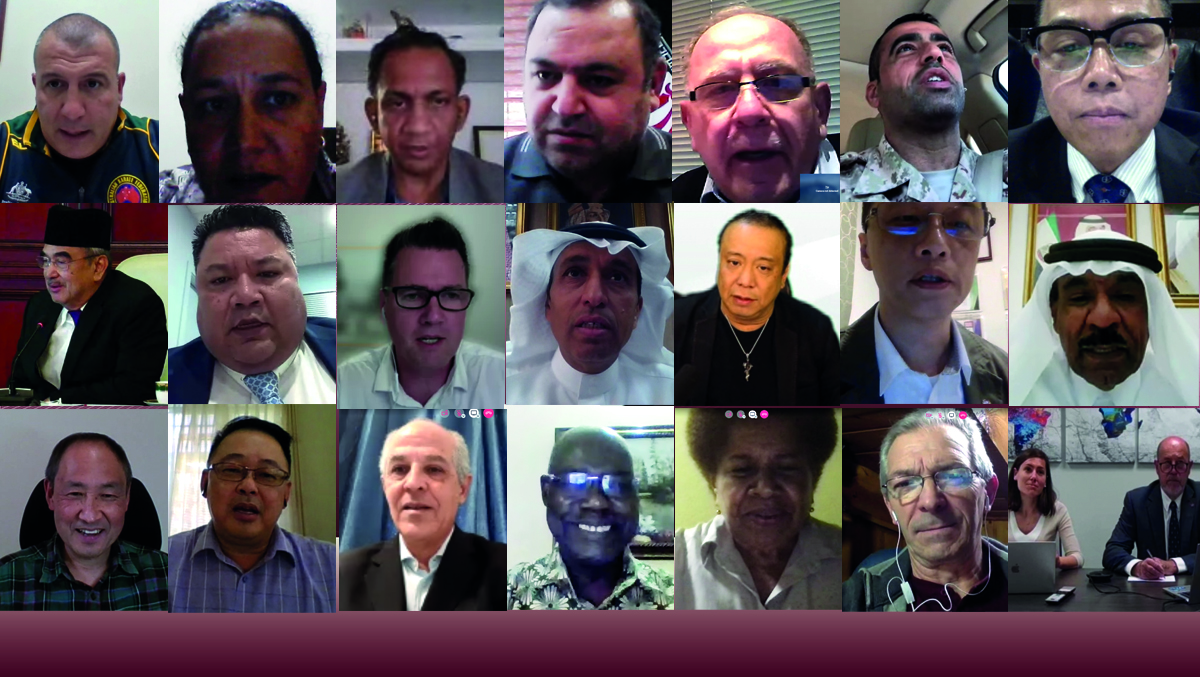 Representatives of Asian and Oceanian national federations participating in the first session of meetings.

“We have reasons to be optimistic. We had not been able to organise events in over a year but now we have finally managed to host our first international competition since the pandemic outbreak. The Karate 1-Premier League in Istanbul was a great success, and it is fantastic news that this tournament brilliantly took place in Istanbul. Now that we have celebrated this event, we can be confident that we will continue making an impact worldwide through our competitions,” said WKF President Antonio Espinós.

The effects of the coronavirus pandemic and the return to competition was on top of the agenda of the meetings. Additionally, the qualification path to the Tokyo 2020 Olympic Games and the state of the upcoming international events including the Olympic Qualification Tournament and the World Championships were also analysed.

“All the members of the Karate family have been working very hard over the last months to further extend the progress of our sport. The halt of our competitions due to the coronavirus pandemic has given us the opportunity to focus on preparing our Olympic debut even better. Now, I am more convinced than ever that the debut of our sport in Tokyo 2020 will be a huge success,” added Mr Espinós. 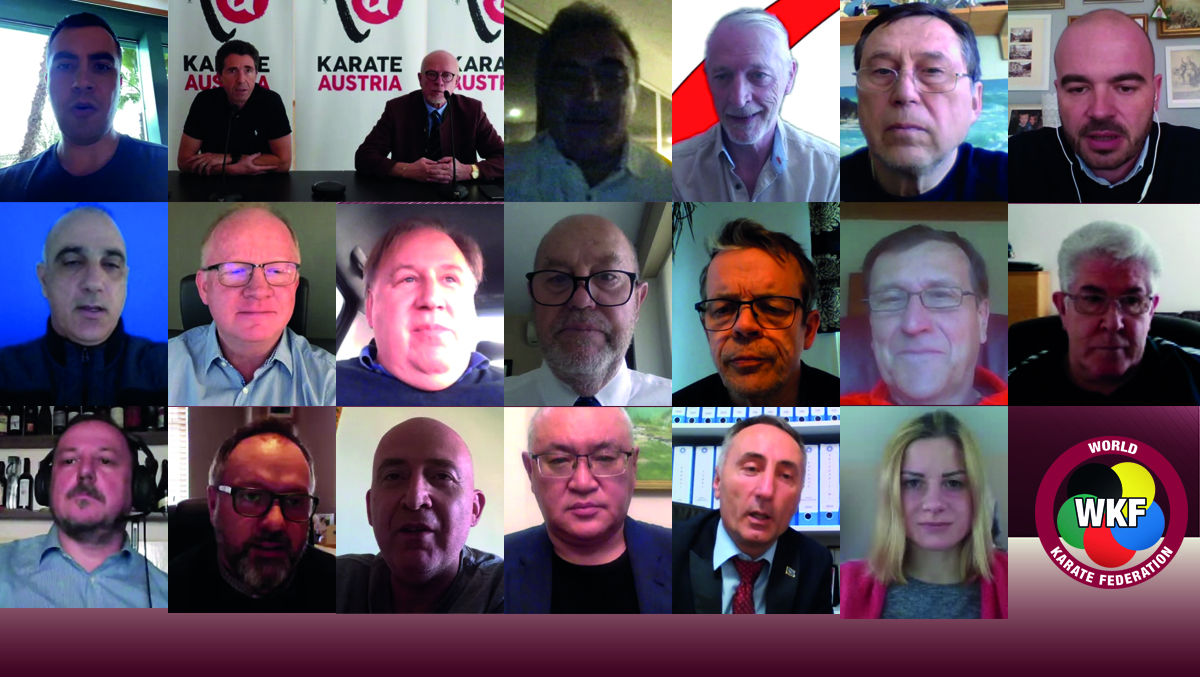 First group of delegates of the European national federations attending the afternoon session.

The meetings with national federations will continue Tuesday with the third and fourth sessions to be attended by African and American countries. 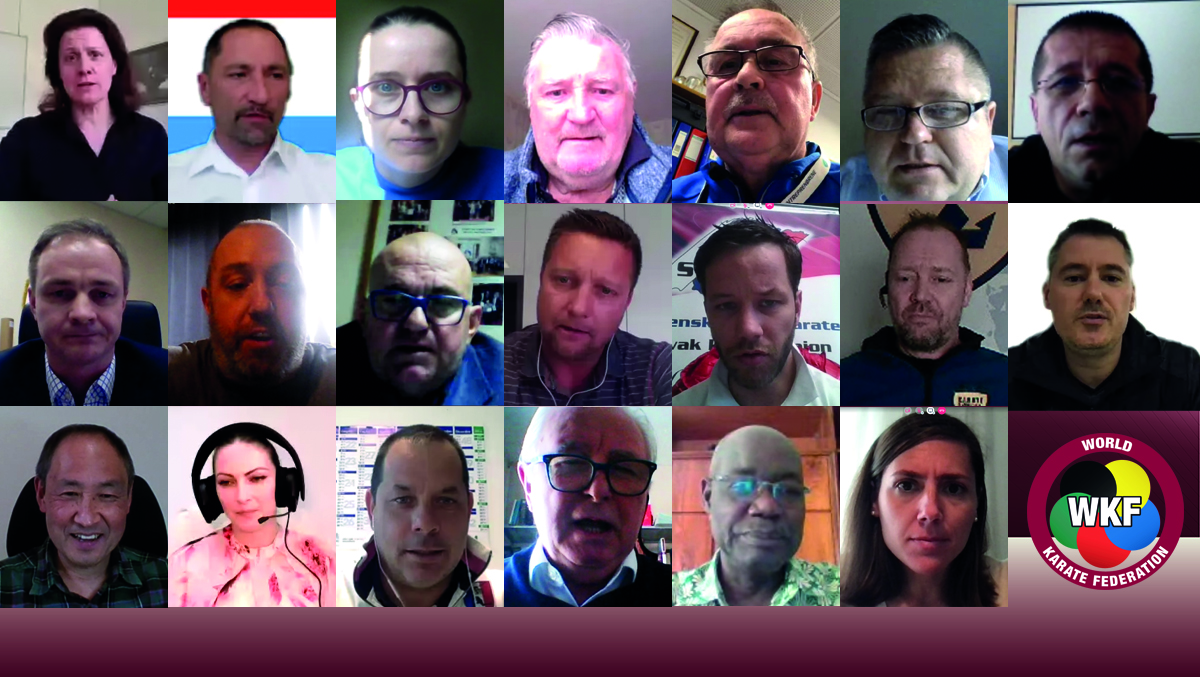 The afternoon session was attended by 32 national federations and WKF stakeholders.