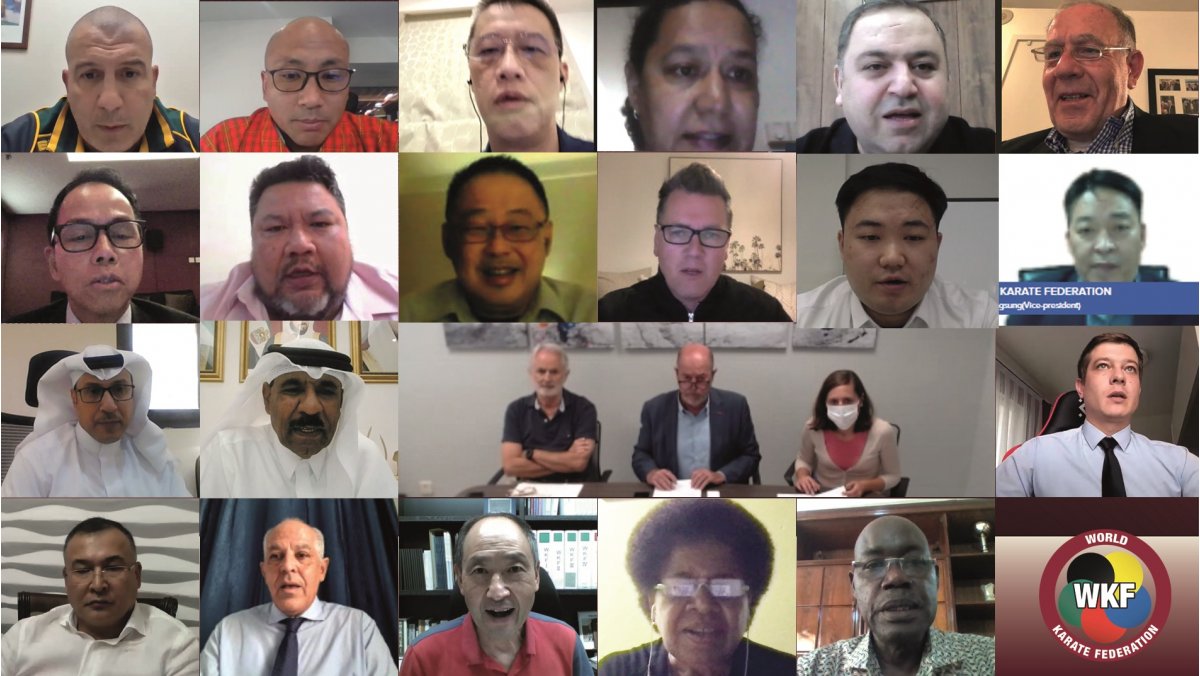 The World Karate Federation is conducting the fifth round of meetings with National Federations this week to evaluate the situation of Karate around the world and to analyse the state of the sport after Karate’s memorable Olympic debut.

Headed by WKF President Antonio Espinós, the round of meetings today started with the first gathering which had National Federations from Asia and Oceania joining the discussions.

“We believe that these meetings with National Federations are extremely valuable to assess the current situation of Karate around the world.”

“We really appreciate the feedback that we receive from National Federations worldwide as it is crucial to help us going on the right path,”

The review of the international competition calendar for 2022 as well as the presentation of the WKF’s Strategic Plan for the next years were on top of the agenda.

A working project to usher in the new era of international Karate, the Strategic Plan for 2022-2025 aims at extending the progress of the sport by updating the current structure of the international competitions. With this new structure, the WKF hopes to further increase the competitive level of the major events while providing more opportunities for the participation of karateka from all over the world.

The list of topics of the meeting also included Karate's debut at the Olympics and the successful presentation of the sport at the big stage. The effects of the coronavirus pandemic and the efforts of National Federations to provide the best conditions for the progress of the sport were also reviewed.

“We have many elements to corroborate that Karate was a major success at the Olympic Games. We appreciate the contribution of the National Federations, and we hope that this success will be the steppingstone for Karate’s future development. Our efforts are now headed in this direction,” added Mr Espinós.