Favourites shine in day 2 of Karate 1-Series A Santiago 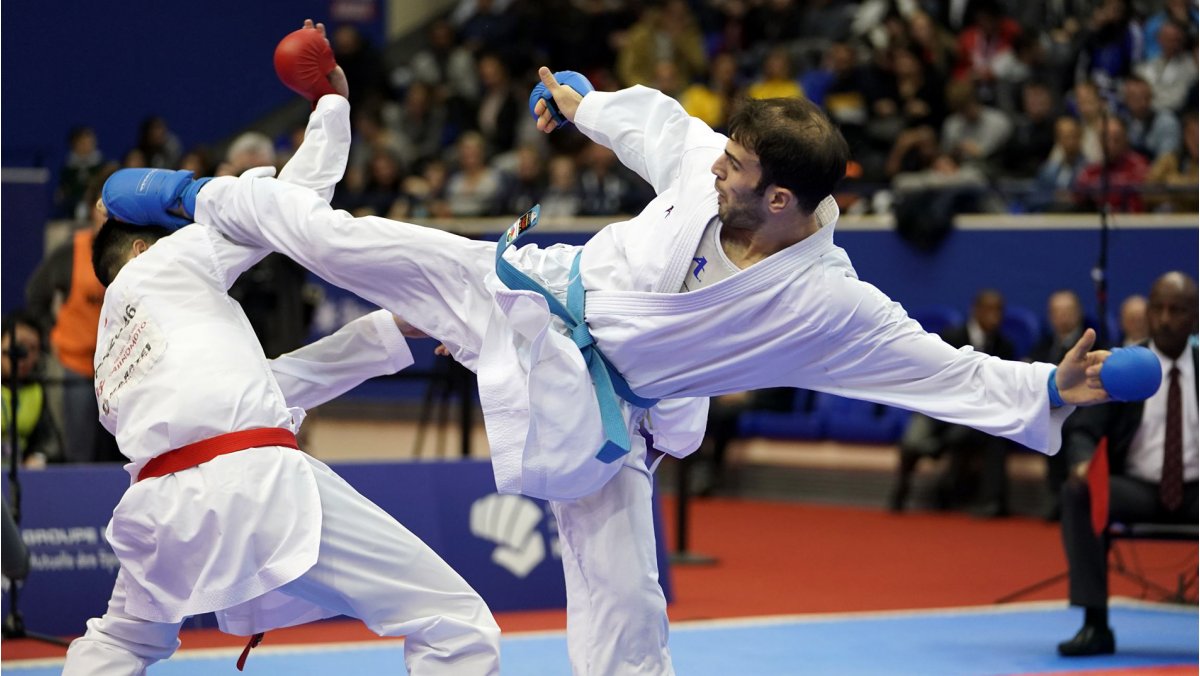 Big names took the spotlight on the second day of competition of the Karate 1-Series A Santiago. The opening event of the season is being held this weekend in the capital of Chile as top karatekas fight for the points to achieve the Olympic qualification.

Big names took the spotlight on the second day of competition of the Karate 1-Series A Santiago. The opening event of the season is being held this weekend in the capital of Chile as top karatekas fight for the points to achieve the Olympic qualification.

The successful performance of Turkish karatekas continued on day 2 of #Karate1Santiago, as Dilara Eltemur took the Turkish flag to one more final. The karateka who is ranked in position 8 of WKF World ranking dominated her pool (score of 25.28) and made it her first final since her silver at the 2017 World Cadet, Junior & U21 Championships. Her rival in the title-deciding bout is top favourite Viviana Bottaro of Italy. The Italian ace and number 3 in WKF World ranking topped the pool with “Papuren” kata and a score of 26.06. It is the second consecutive final in Karate 1-Series A Santiago for Bottaro who took silver last year. 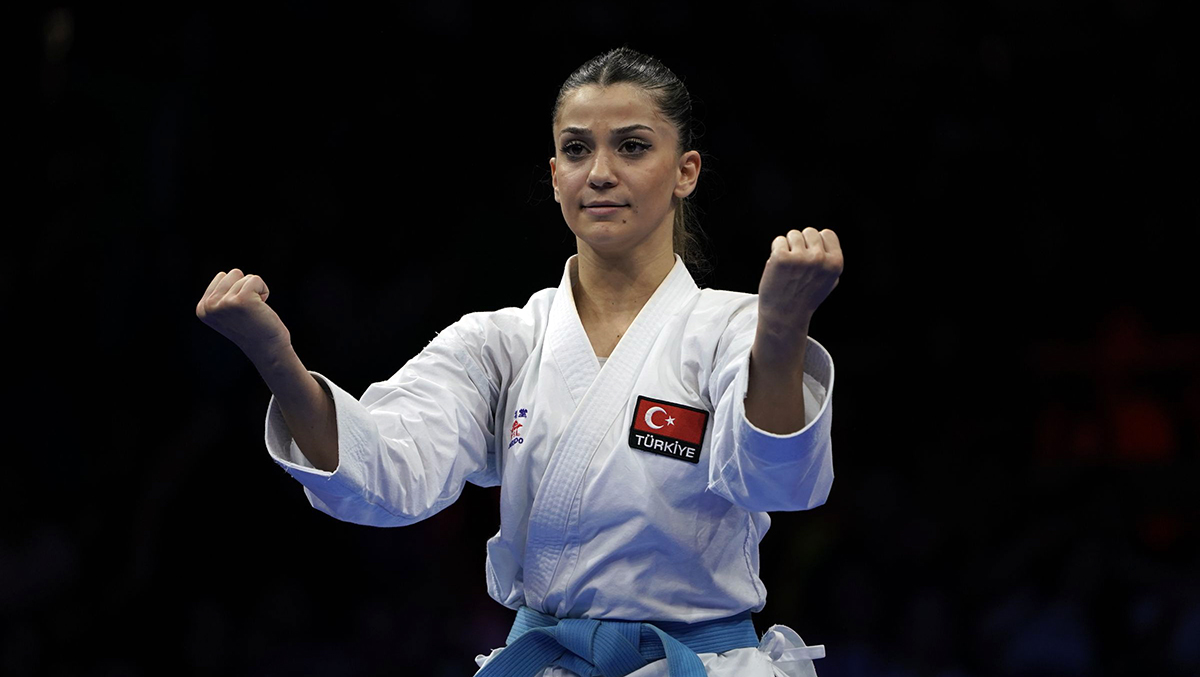 The second final spot for Turkey today was claimed by Burak Uygur who reached the final stage in Male Kumite -67kg. The former Grand Winner edged Assylbek Muratov of Kazakhstan in semi-finals by “Hantei” or decision and will fight for the title against Egypt’s Ali Elsawy who defeated Didar Amirali also from Kazakhstan by a slim 1-0.

In Female Kumite -61kg, one of the final spots was taken by Jovana Prekovic of Serbia who used her World champion status to make it to the last bout of the tournament. The current World title-holder defeated Grand Winner Xiaoyan Yin of China in semi-finals 3-0. Meanwhile, Rozita Alipourkeshka of Iran surprised and qualified for her first final after taking gold at the Karate 1-Premier League Moscow last year. The Iranian karateka claimed a convincing 8-0 victory over Turkey’s Merve Coban in semi-finals. 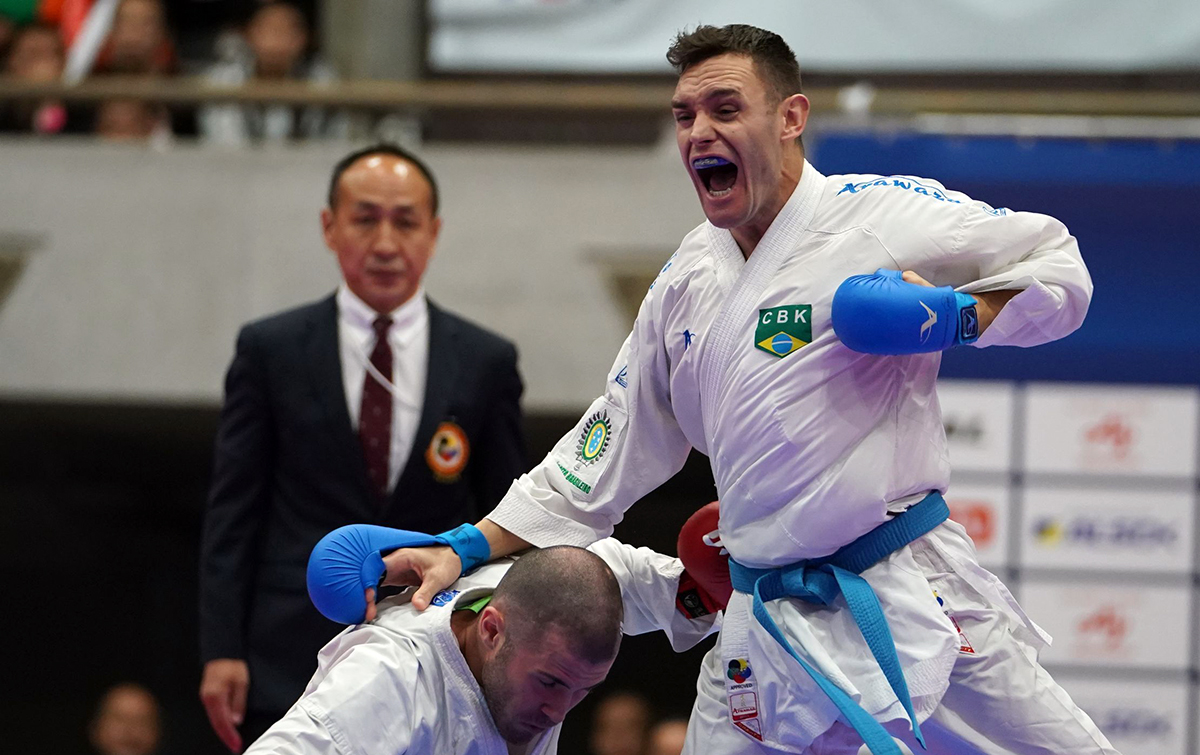 In Male Kumite -60kg the spotlight was taken by a former World champion. Two-time World title-holder Douglas Brose of Brazil made it to his first final since his victory at the PKF Senior Championships last year after edging Grand Winner Darkhan Assadilov of Kazakhstan in semi-finals 1-0.

Kazak karateka Kaisar Alpysbay will try to avenge his team-mate’s defeat since he will meet Brose in the final. Alpysbay beat Morocco’s Oussama Edari 4-0 in semi-finals.

Meanwhile, in Male Kumite -75kg World champion Bahman Ghoncheh Asgari of Iran also showed his World champion status to make it to the final. The Iranian world title-holder will fight for gold against Brazil’s Breno Texeira who surprised and qualified for his first final since his silver at the 2018 PKF Senior Championships. Texeira starred in the most thrilling semi-final of the tournament, a 12-8 victory over Kazakhstan’s Yermek Ainazarov. 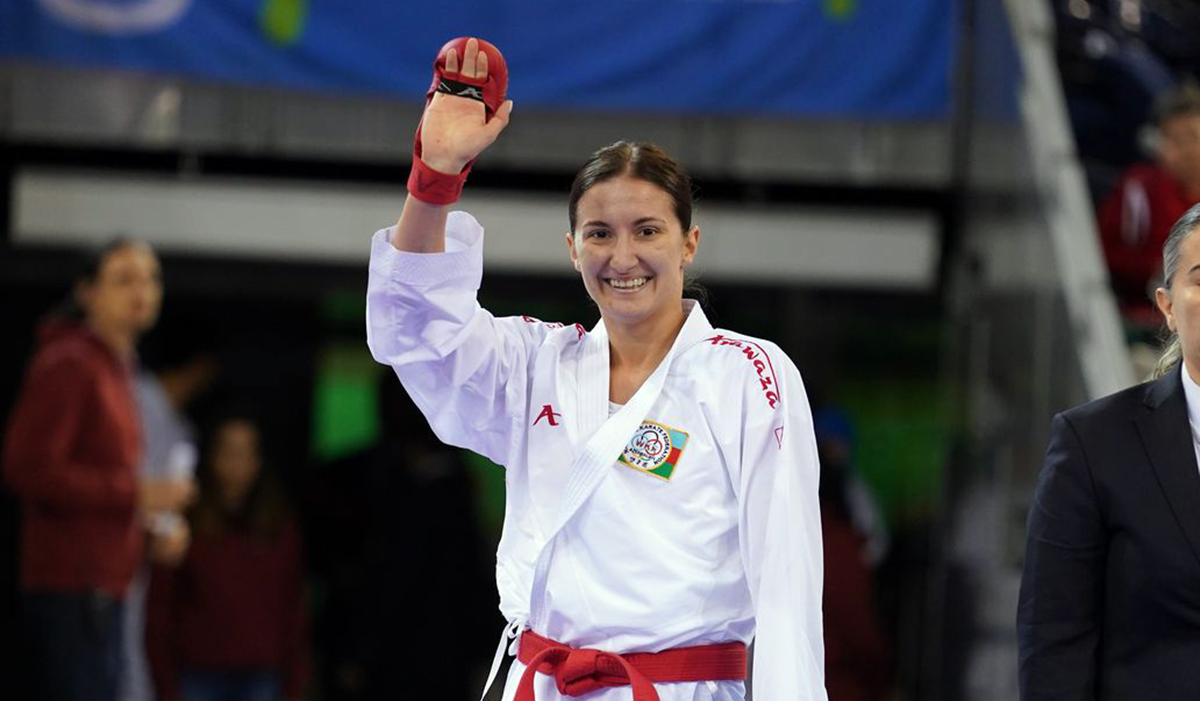 Meanwhile, current Grand Winner Irina Zaretska of Azerbaijan celebrated her new recognition with another final. Zaretska who won three gold medals last year edged Egypt’s Feryal Abdelaziz in semi-finals 1-0. The other spot in the final is taken by Silvia Semeraro of Italy who defeated Slovakia’s Miroslava Kopunova in semi-finals 2-0.

The clash between Hamideh Abbasali of Iran against China’s Hanqi Cao in Female Kumite +68kg completed the list of finals today.

The title-deciding bouts will be held tomorrow. The finals will be streamed LIVE on WKF YouTube channel.