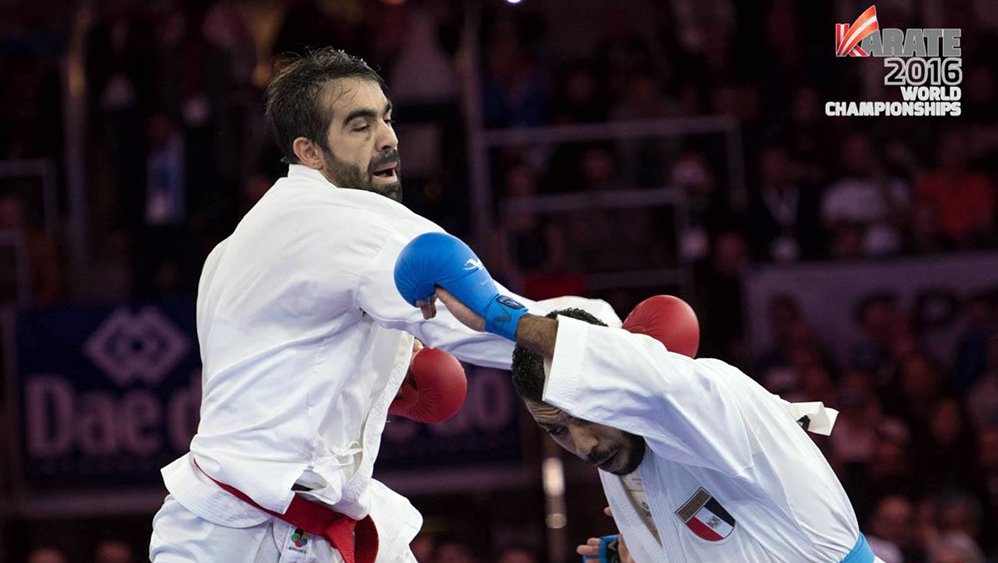 As the memorable 2016 Karate World Championships set new standards of thrilling competition, and history of this ancient discipline was rewritten in unforgettable moments, the event held in Linz (Austria) gave fans all over the world even more reasons to acclaim the biggest heroes of today’s Karate. Six idols particularly dazzled in Linz and have received tribute for their remarkable accomplishments in Linz.

As the memorable 2016 Karate World Championships set new standards of thrilling competition, and new chapters in history of the ancient discipline were rewritten in unforgettable moments, fans all over the world found many reasons to acclaim the biggest heroes of today’s Karate. Six idols particularly dazzled in Linz and have received tribute for their remarkable accomplishments in Linz.

The 23rd edition of the Karate World Championships came to a glorious end with the proclamation of the six Most Valuable Players of the competition. Selected in each one of the different categories of the competition, the MVP’s of the 2016 Karate World Championships epitomized the inspiring and heroic quest to glory as well as the impressive impact of Karate values. Fans of the ancient discipline took social media to celebrate their outstanding performances.

“Congratulations to the MVP's. Continue being an inspiration to us, especially the Para-Karate athletes. And everyone else who participated, you are all heroes in my book. Keep it up!”, posted Karate fan Richard. The inspirational demonstration of Para-Karate athletes highlighted in the MVP’s on this category, Raymond Morcomb of Australia and Knarik Airapetian of Ukraine, especially received the admiration of followers of WKF Social Media.

“Funny thing is...even though Ray can barely see two inches in front of him, his kumite is actually really really good! Look out 2020!”, posted Adam from Australia while Audrey said about the Australian outstadngin Para-Karateka: “We are so proud of you as our Sensei, our reputable dojo as well as an ambassador for Australian karate”.

“Well done and all of you inspire the aspiring karatekas around the world !! Keep it up !! Congratulations to all of you,” wrote Naresh from India. 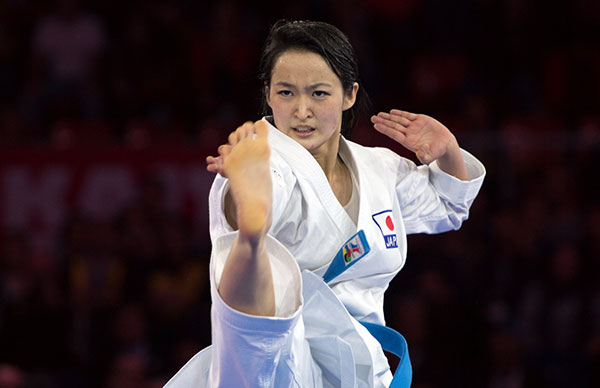 “Each of you inspire millions, regardless of our grade or ability, to try harder. Thank you. Oss, “ commented Ron from Australia. Gary from the USA said: “True role models for the world's youth!”, while Avni from Kosovo declared: “Now and forever, every karateka would like to be YOU.”

As big fan favourite and one of Karate’s biggest heroes, Rafael Aghayev especially met with fans’ support after his historic accomplishment of earning his fifth World championships crown. The Azerbaijani superstar ruled the -75kg category in Linz and was awarded with the MVP in Male Kumite.

“You are the best,” said Robert from India while Peter from South Africa wrote: “You are a true champion”.  “He aimed for a fifth World Championships gold, he's done it now, congratulations, Sensei Rafael!”, posted Carl from Papua New Guinea, as Imed from Argelia said:  “Congratulation Rafael, you deserved the first place”.

In Female Kumite, the MVP award went to the karateka who managed to create a wave of collective joy among Karate fans in the host country. Alisa Buchinger claimed gold in -68kg category and gave Austrian sport enthusiasts even more reasons to celebrate the memorable event in Linz, thus receiving best wishes from followers from the organising nation of the 23rd World Championships. As the Salzburg native celebrated her birthday three days before earning gold in Linz in front of family and friends, many fans also congratulated the new World Champion for the happy date.

Fans from the birth nation of the ancient discipline also commemorated the achievements of the two representatives who were elected MVP of kata categories and helped Japan to dominate in the competition of choreographed movements. Ryo Kiyuna and Kiyou Shimizu not only went home with gold medals in Male and Female Kata, but also took with them the condition of new MVPs of the championships. Japanese fans soon praised their success, and some of them were even more creative, as the two-time World Championships gold medallist Shimizu could see and taste.