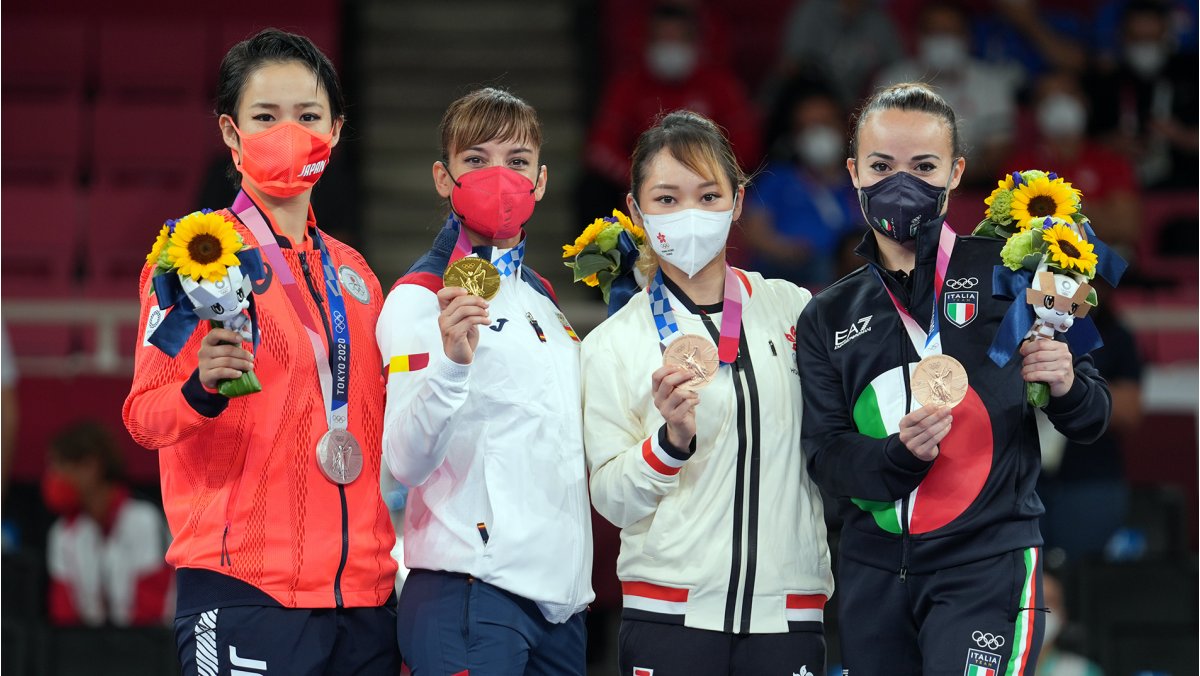 It was a historic first day of competition for Karate’s Olympic debut at Tokyo 2020 today, with the first medals being presented in the Women’s Kata, Men’s -67kg and Women’s -55kg categories.

Women’s Kata kicked off the proceedings, and the two favourites coming into the Olympic Games put on quite a show.

Sandra Sanchez of Spain and Kiyou Shimizu of Japan have been trading titles back and forth for months, so it was no surprise that both reached the final with relative ease.

Shimizu received the highest individual score of the elimination round, notching a 28.00 in her second Kata – an exquisite Suparinpei that received 19.60 for technical performance. In the ranking round, however, the two rivals were neck and neck with identical scores, setting the stage for a highly anticipated final. 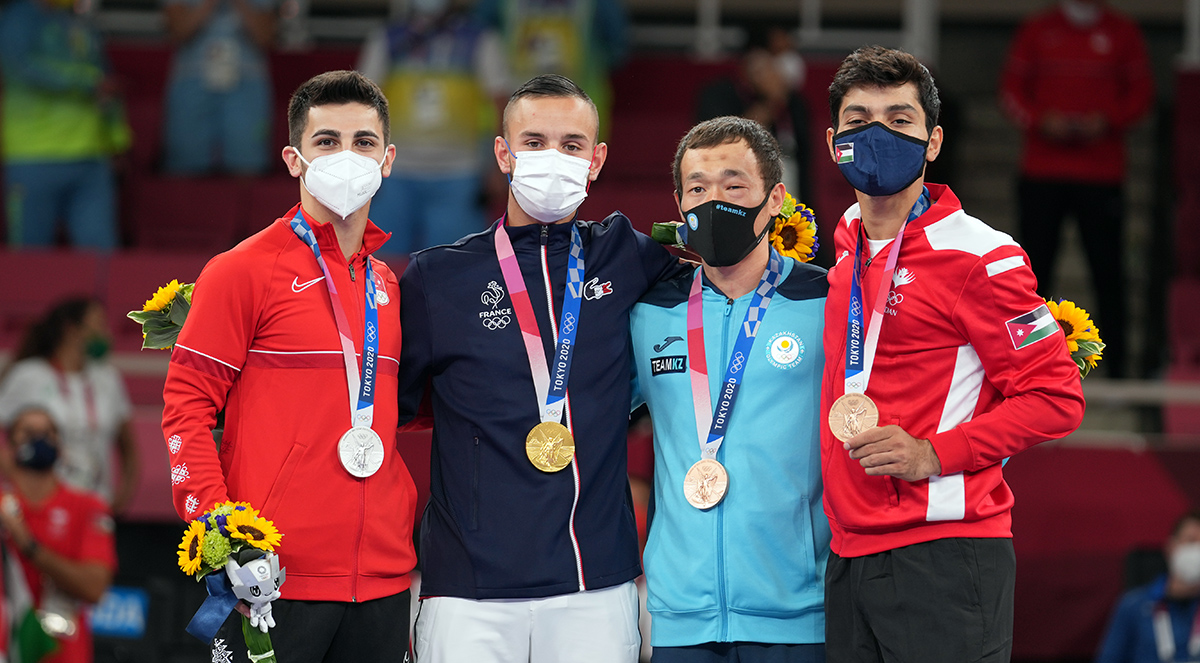 Both karatekas chose to perform the Kata Chatanyara Kushanku for the denouement. With the eyes of the world upon them, it was Sanchez who eventually stood triumphant, claiming gold with an almost flawless routine, 28.06 to 27.88.

“It is crazy. I am so emotional, I am feeling so many things together,” Sanchez said. “I am happy, but I want to cry. I think I need more time to believe that this is real.  I want to see my Kata and make sure it happened, because right now I can’t believe it.

“This was the perfect final, with Shimizu in Japan, at the Budokan. This really is the best moment. It is amazing.”

The Spaniard is now concurrently Olympic, World and European Champion, an impressive early gift to herself ahead of her 40th birthday next month. Mo Sheung Grace Lau of Hong Kong, China and Viviana Bottaro of Italy took the bronze medals. 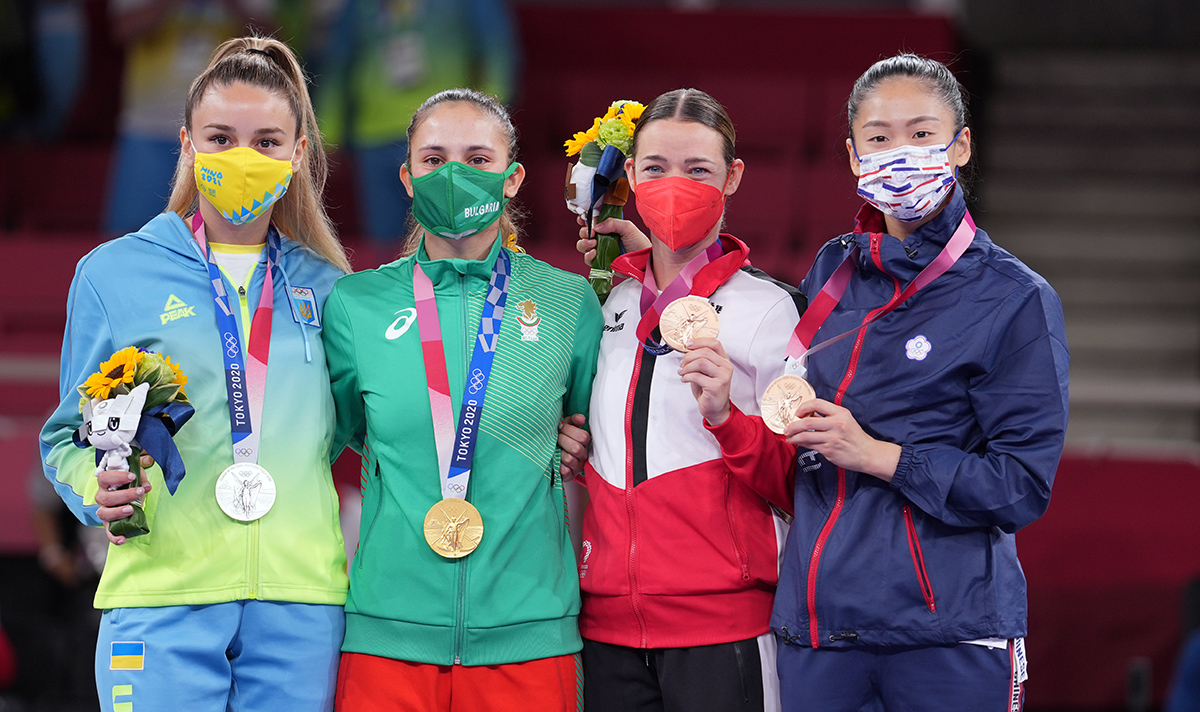 STEVEN DACOSTA TAKES FRENCH FLAG TO TOP OF THE PODIUM

With so much on the line, there was a tense atmosphere throughout the day at Tokyo’s famed Nippon Budokan martial arts venue, and things only got more charged when the athletes stepped onto the tatami for the Men’s Kumite -67kg medal rounds.

World Champion Steven Da Costa of France took matters into his own hands, defeating top-ranked Darkhan Assadilov of Kazakhstan in the semifinals before blanking Eray Samdan of Turkey 5-0 in the final for a much-deserved gold medal.

“It wasn’t a surprise to me I came here for gold. That was my only ambition here. It’s been years and years of work and preparation,” Dacosta said.

Assadilov and Jordan’s Abdel Rahman Almasatfa, who had gone undefeated until losing to Samdan in the semifinals, will head home as bronze medallists.

The historic first day of Olympic karate action came to a crescendo in the Women’s -55kg category, where Bulgaria’s Ivet Goranova scored an upset victory over World No. 2 Anzhelika Terliuga of the Ukraine. 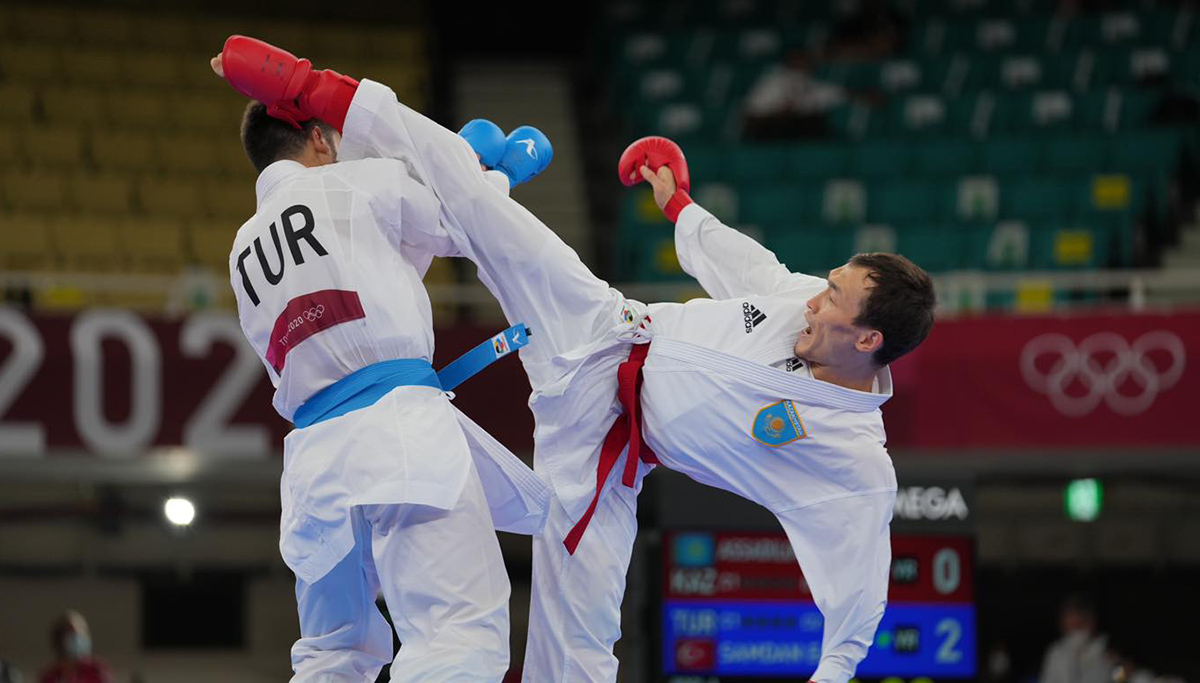 Terliuga had played catch up all day, needing a win in her final elimination round bout to advance to the medal round and then a dramatic “Ippon” with a second remaining in her semifinal against Chinese Taipei’s Tzu-Yun Wen to knot the score at 4-4. She earned her spot in the final via Hantei (judges’ decision).

Goranova edged into a 2-1 lead early and never looked back, eventually stretching the difference to 5-1, a scoreline that Terliuga simply could not claw back from.

Goranova finished the day undefeated, cruising through the elimination and medal rounds to the top of the podium. She outscored her opponents 24-9 en route to gold.

“For me this is a big dream in my life,” said Goranova. “I felt incredible in the competition and gave all of myself.” 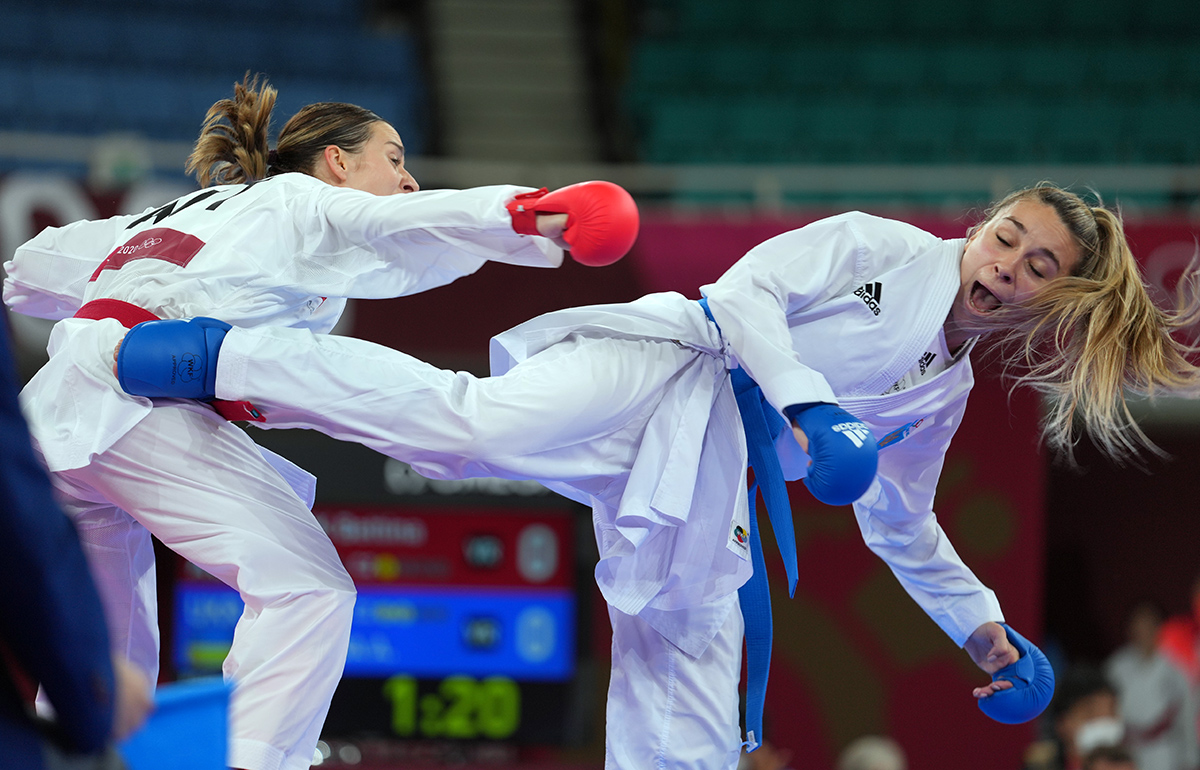