Excitement grows in France as Olympic qualification tournament about to start 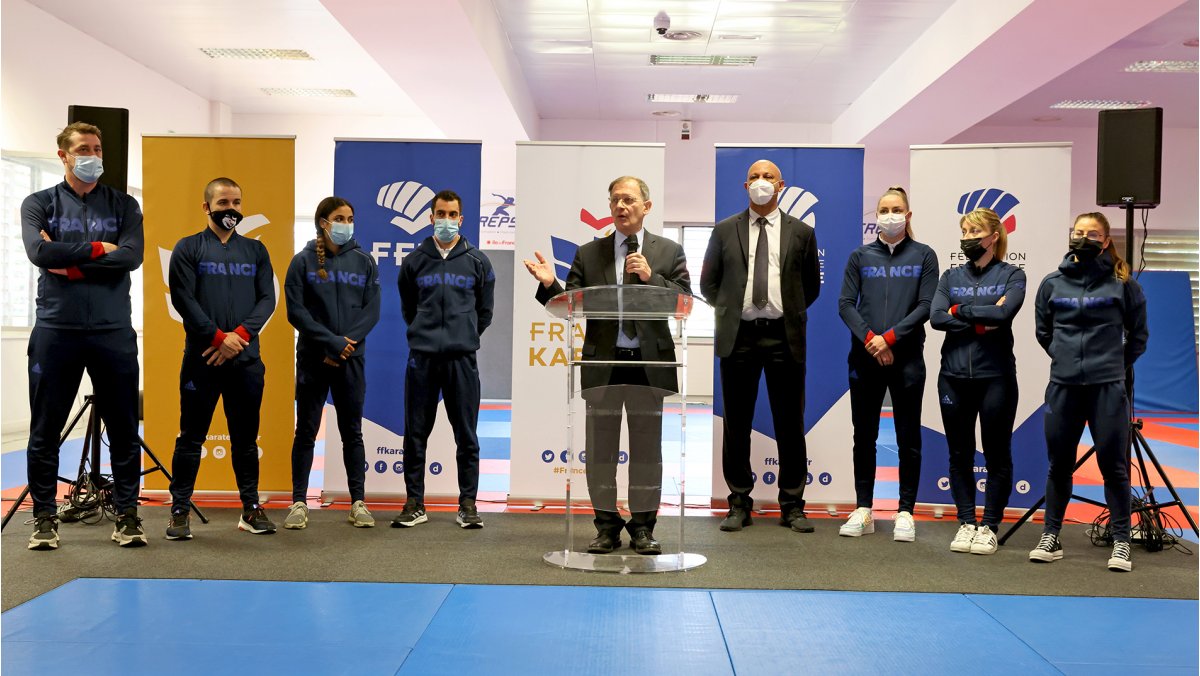 The French team gathered Wednesday in front of the media

The representatives of the French team gathered Wednesday in front of the media to showcase the excitement of the host nation ahead of the upcoming Olympic Qualification tournament.

The Pierre de Coubertin sports hall in Paris (France) welcomes Karate’s Olympic qualification tournament from June 11 to 13. It will be the final opportunity for Karate athletes to win the ticket to participate in the Olympic Games Tokyo 2020.

“The event was scheduled to be held last year at Bercy sports hall but given the circumstances, we preferred to fall back on a room with a smaller gauge, like Pierre de Coubertin sports hall, even if we will not have spectators. This competition will take place according to a protocol established with the Inter-ministerial Delegation for Major Sporting Events, the Ministry of Sports, and the World Karate Federation. We currently have 1,100 people and a hundred countries registered," said the President of the French Karate Federation Francis Didier.

No less than 24 Olympic spots will be decided in Paris. The top three competitors in each one of the eight Olympic categories will earn the right to represent Karate at the Games in Tokyo.

“The road has been very long, with many pitfalls but it was a constructive journey. Now we are ready to face the last step of the qualification process, a quest which started two years ago,” said the Technical Director of the French Federation Gilles Cherdieu. “The event will be extremely challenging for all of us. Our goal remains the same: to win the Olympic medal.”

France will be represented by seven competitors. The host nation already has one athlete among the karatekas going to Tokyo as the current World champion Steven Dacosta took the ticket to the Games after finishing in the second place of the Olympic standings in the Male Kumite -67kg category.

CLICK HERE to go to all the info of the Olympic Qualification tournament.