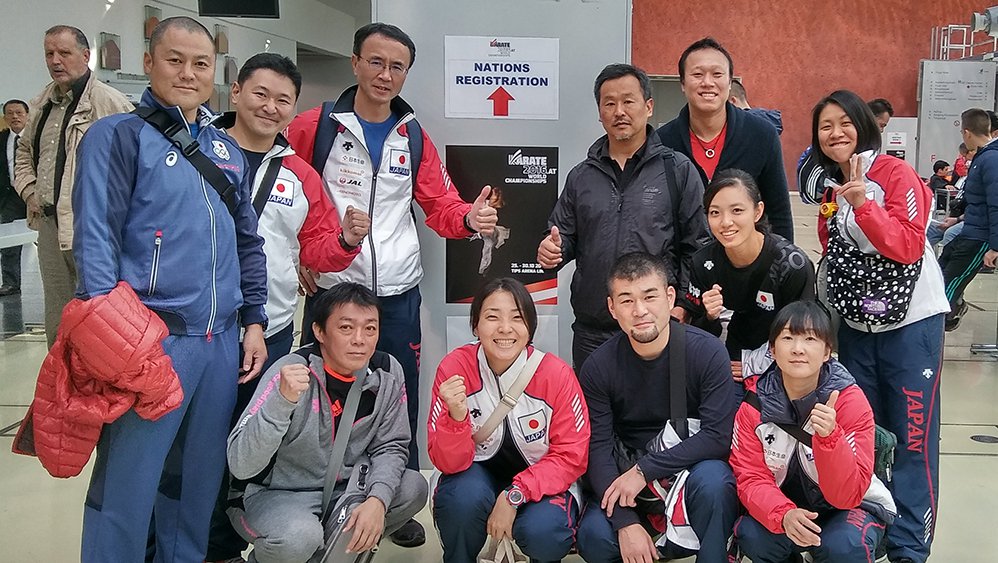 The countdown to the 2016 Karate World Championships is coming to an end, and while fans all over the world are getting ready to a memorable event, participants live with excitement the last moments ahead of the start of the competition.

The countdown to the 2016 Karate World Championships is coming to an end, and while fans all over the world are getting ready to a memorable event, participants live with excitement the last moments ahead of the start of the competition.

The biggest Karate event is set to being on Thursday with the official opening. Delegations are arriving in Linz for the thrilling tournament, and top Karatekas from nearly 120 countries have travelled to the Austrian city for a record-breaking event.

The history of the ancient discipline is writing new chapters in Linz as never before the Karate World Championships have gathered such a high number of competitors. While the registration will be closed on Tuesday, and more athletes can still join the event, nearly 1100 athletes from 118 nations have already confirmed their participation in the tournament. This tally represents a 30% increase of participants from previous editions of the biggest Karate event.

Hopes and expectations are high among all the delegations set to shine in Linz. Karate experts from all over the world are ready to showcase their abilities in the top competition of the ancient discipline, and all athletes in Linz share the same golden dream.

“This competition is very important for us because it gives us the opportunity to get knowledge and experience that otherwise it would be impossible for us to acquire,” said Rwanda’s chief referee Mwizerwa Dieudonne. The African country’s head coach Noel Nkuranyabahizi points out that their participation in Linz would not be possible without institutional support. “Thanks to the government we are here. They are running all our expenses here and they are giving us the possibility to participate in these World Championships,” said the coach.

“It is a sacrifice for us to be here, but thankfully we can participate with the full team,” declared Mexico’s coach Jesus Rodríguez. “We expect the competition to be fierce, as the best athletes of the world are here, and Mexican karatekas are included among them. It is important for us to participate here in Linz as now the Olympic cycle starts and we want to give our best so we can make our Olympic dreams come true,” added the Mexican coach.

“We hope to get medals; we won a silver medal in the last World Championships and we hope to repeat that success here in Linz,” said Norway’s head of delegation Raik Tietze. “Otherwise we expect a great competition, with plenty of great bouts. As new Olympic sport I look forward to seeing so many competitors from so many different countries fighting for the medals,” stated the representative from the northern European country.

The competition starts on Wednesday morning and it will finish on Sunday afternoon with the closing ceremony.