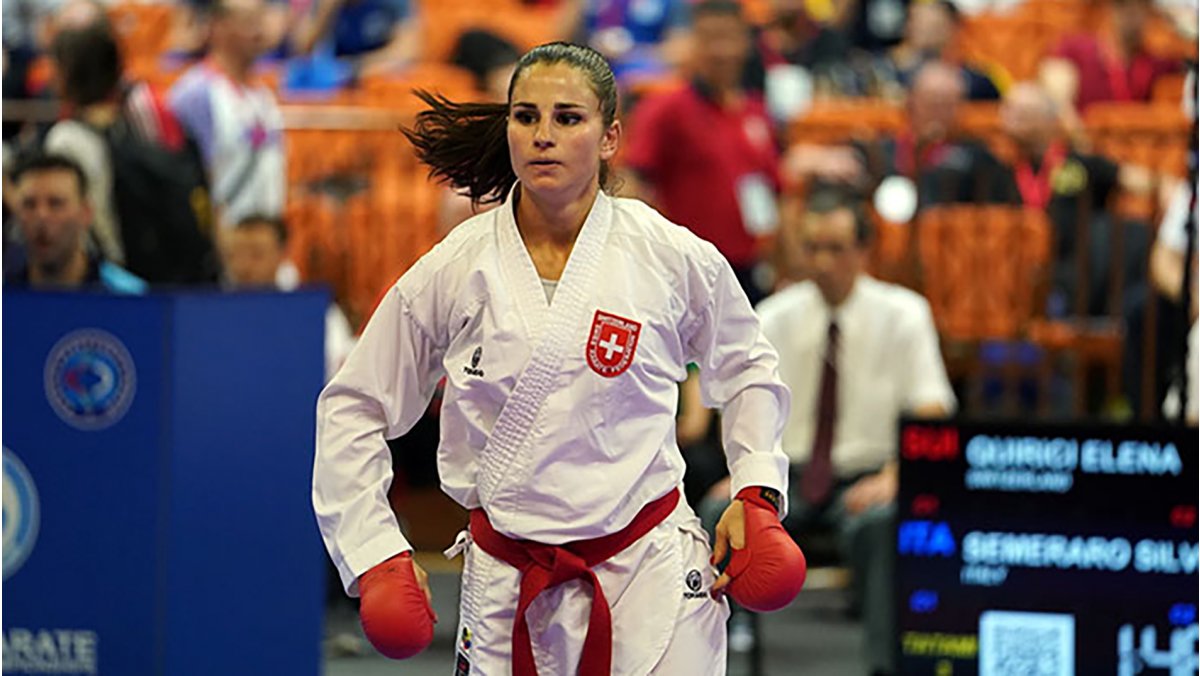 Switzerland’s Elena Quirici is keen to make her country and Karate-mad family proud when she steps out on the tatami at the Olympic Games Tokyo 2020.

The 27-year-old, who will compete in the Female Kumite +61kg category, is the only karateka representing her nation at the Games. There’s a huge weight of expectation on her shoulders – but she doesn’t mind one bit.

“I feel it but I take it as something positive because it is a privilege. I love to have this pressure,” says the five-time medallist at the European Karate Championships.

“It makes me so proud that the Swiss Karate Federation has someone to represent the sport and the country in the Olympics … and to write history for my country is beautiful.” 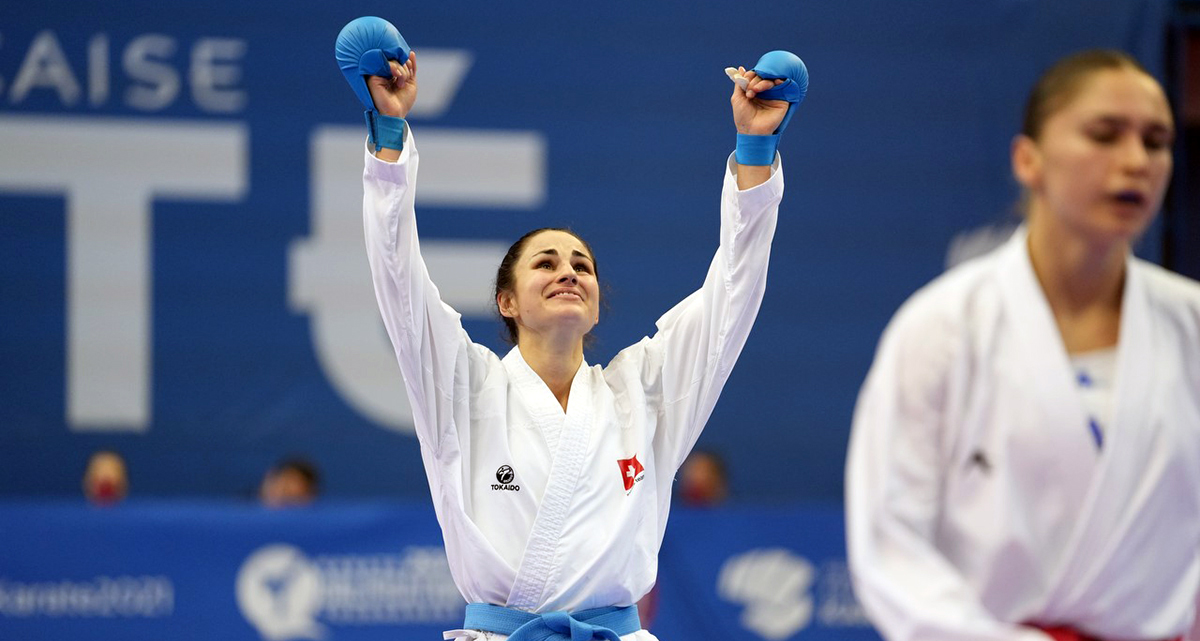 Quirici’s family have been her rock through the good times and bad. It was no surprise she took up Karate at the age of 4: her mother was a Karate teacher, she had two older brothers who used to practise it and her father was a professional ice hockey player. Sport is in her blood.

“As a little sister you want to do everything that your older brothers do, so I wanted to show them that I was so strong and so cool,” she says.

“I was looking up to my bigger brothers and of course to my parents. My father showed me that you can be so successful and my mother as a Karate teacher was so good. My family were like my idols.”

“Now they are so proud of me.”

Quirici, who won bronze at the 2012 World Karate Championships in Paris and has three European golds, grew up with Karate values. She says they have shaped her personality and helped inspire her successes.

“The biggest value Karate taught me is respect for myself and everyone. Also willpower … to never give up. If you have a dream you should believe in it, even if there are people who might think it is impossible to achieve.”

“I am really, really excited and so honoured to be part of these Olympic Games, making history for our sport and for my federation,” she says.

“It means so much because we were fighting for so long to be in the Olympics. It’s really good for our sport. I think it made Karate more professional, so many national federations started to work more professionally for the athletes and the level of competition went up so much.”

Quirici, who lives in a village 20 minutes’ drive from Zurich, is looking forward to competing at her first Olympics “and to experience all these emotions.”

Although disappointed there will be no spectators to cheer on the karatekas, she is upbeat about her trip to Tokyo.

“It’s sad that it’s Karate’s first Olympics and we can’t have the full Olympic atmosphere. But we are now used to fighting without spectators because there were so many competitions without [due to COVID-19].

“For me, it is already good that the Olympic Games are being held and were not cancelled. I am really happy about this, so I see the positives.” 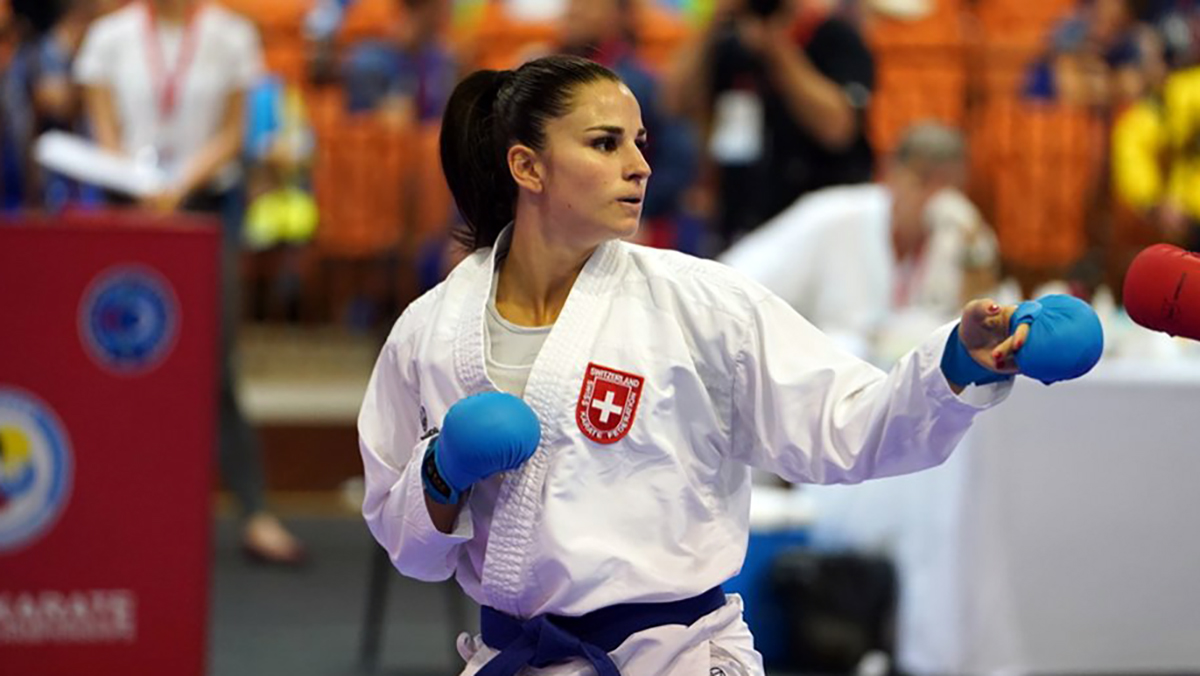 Quirici radiates positivity. Asked what her strengths are as a karateka, she says: “I have so much willpower to continue working even if it’s not going the way it should be. I fight with my heart – not only my brain – and try to give my best always.”

It was sheer willpower that allowed Quirici to make a full recovery from a foot injury in 2018 that threatened to dent her ambitions to be a world-beater. “I was so scared but in my mind, I was always positive I could come back stronger,” she says.

An operation meant she couldn’t even walk with crutches until three weeks afterwards. Quirici then targeted the 2018 Europeans in Novi Sad, Serbia, but had only two weeks to get ready. Incredibly, she secured two golds and hasn’t looked back since.

“It was a really amazing comeback. My head was ready to fight even if I didn’t have the proper preparation,” she recalls. 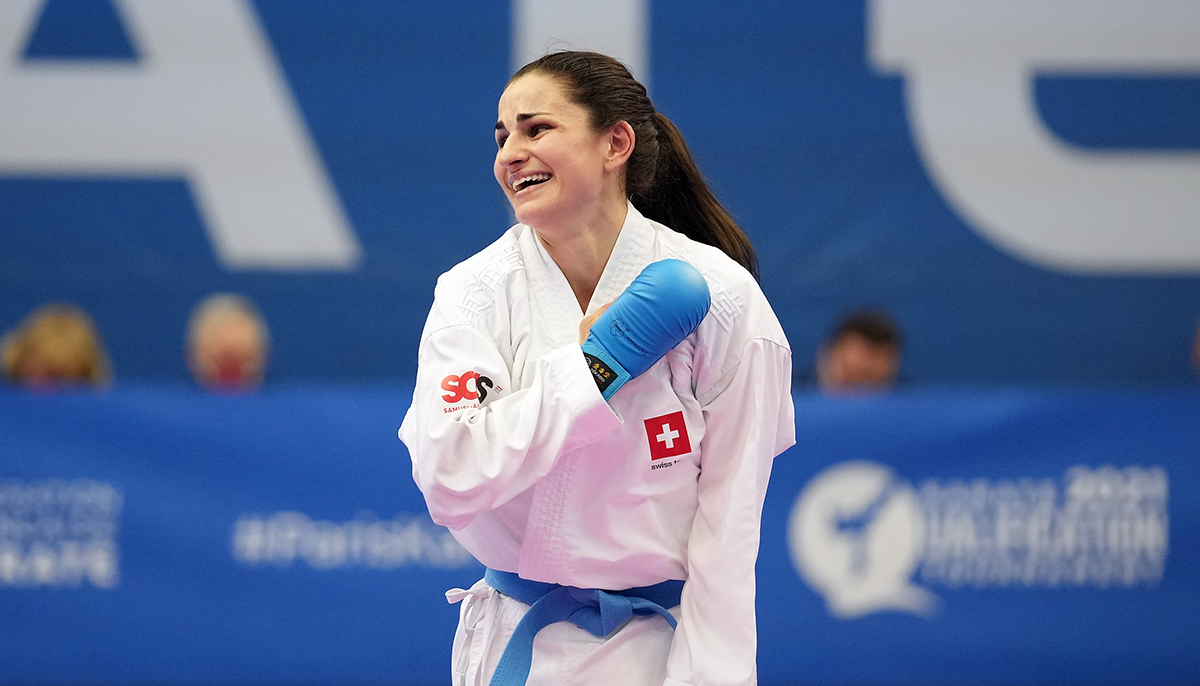 Quirici’s dogged determination also served her well in a gruelling Olympic qualification process, which took its toll physically and mentally, she admits. “I was working so hard during the pandemic and sometimes I was so down because I couldn’t compare myself as there wasn’t a competition.”

Following a tough year, she punched her Olympic ticket on the final day of the Paris Olympic qualifiers in June. Quirici heads to Tokyo on 29 July after a period of warm-weather training in Spain.

“I hope on the 7th of August I will be in the best shape of my life,” she says.

A gold medal is in her sights. “This would be amazing but also well-deserved because of all the work I did. It would give me a lot of pride,” she says.

“It’s already a great success to go there but I go to every competition to win, not just to take part,” she says, modestly adding: “Everyone in the category is really good, everyone’s a favourite.”