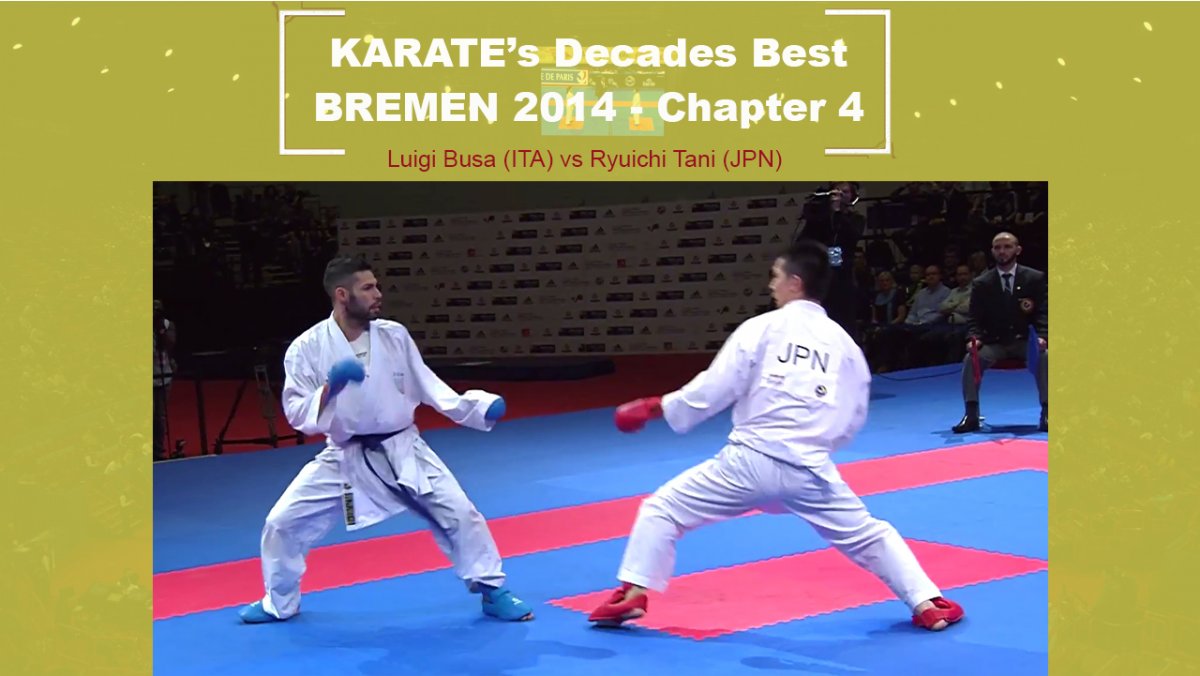 The new episode of “Karate's Decades Best” is a MUST for Kumite lovers.

The new episode of “Karate’s Decades Best” is a MUST for Kumite lovers. The next programme featuring the best moments of the Karate World Championships will be available on the WKF YouTube channel on Thursday, April 15.

Top Karate athletes Luigi Busa of Italy and Ryuichi Tani of Japan star in one of the highlights of the 2014 Karate World Championships in Bremen. The Italian Kumite ace who had defeated superstar Rafael Aghayev of Azerbaijan in the final of the World Championships two years earlier in Paris 2012 fought for gold against surprising underdog Ryuichi Tani in the final of Male Kumite -75kg.

The bout was a thrilling demonstration of offensive Karate, topped with an unexpected outcome. Fans will be able to relive the spectacular clash on Thursday, April 15.

The thrilling final of Male Kumite -75kg of Bremen 2014 will be commented on by two of the most recognised heroes of our sport: Davide Benetello and Wayne Otto.

A former World champion and current chairman of the WKF Athletes’ Commission, Davide Benetello of Italy is one of the most distinguished personalities of today’s Karate. Meanwhile, Wayne Otto of England is a two-time World champion who reached the top of Karate’s elite in the same category being showcased in the upcoming “Karate’s Decades Best”. The English star is the current head coach of the Norwegian Karate Federation.

The two icons, together with WKF TV Commentator Billy Brennan will relive the electric bout and will share their views on Karate’s Olympic debut.