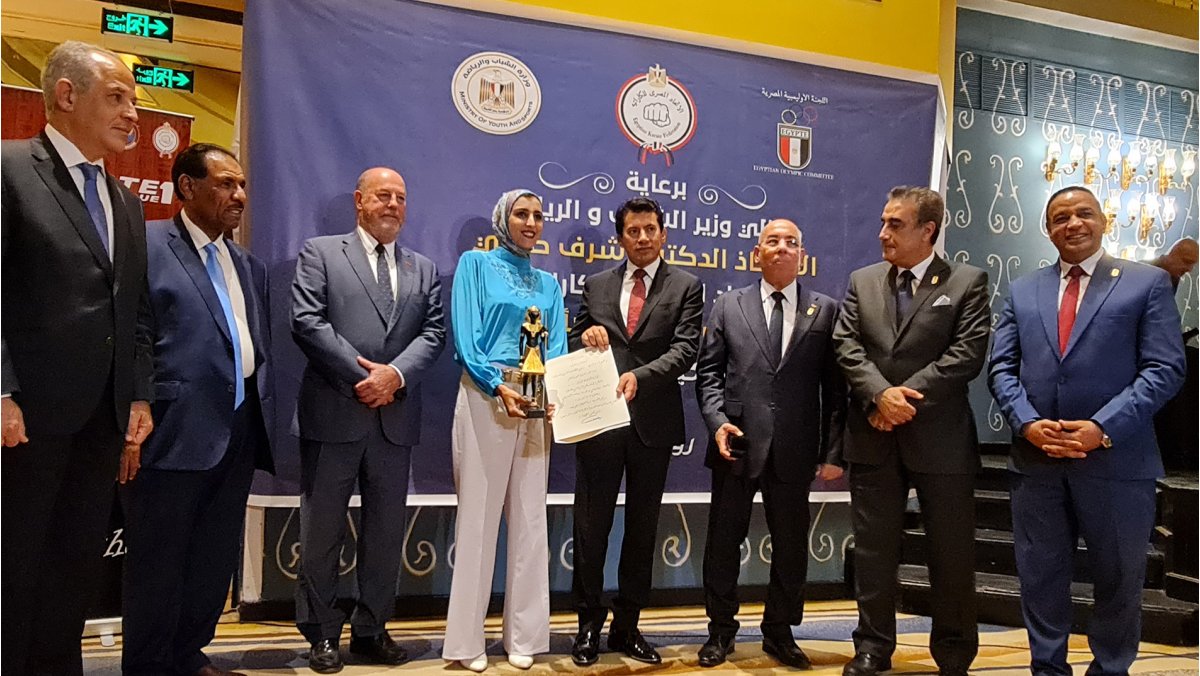 It was a memorable day for the Egyptian Karate family

It was a memorable day for the Egyptian Karate family as the Olympic athletes of the sport were honoured today in Cairo. With the capital of Egypt hosting the 2021 Karate 1-Premier League this weekend, the five Karate Olympians from the country received the recognition of Egypt’s highest sport national authorities.

The ceremony was attended by WKF President Antonio Espinós and was headed by Egypt’s Minister of Youth and Sports Dr Ashraf Sobhy and the President of the Egyptian Karate Federation Mohamed Mahrous Eldahrawy. WKF Vice-Presidents Naser Alrazooqi and Bechir Cherif and WKF Executive Committee member Ibrahim Al Gannas were also in attendance. 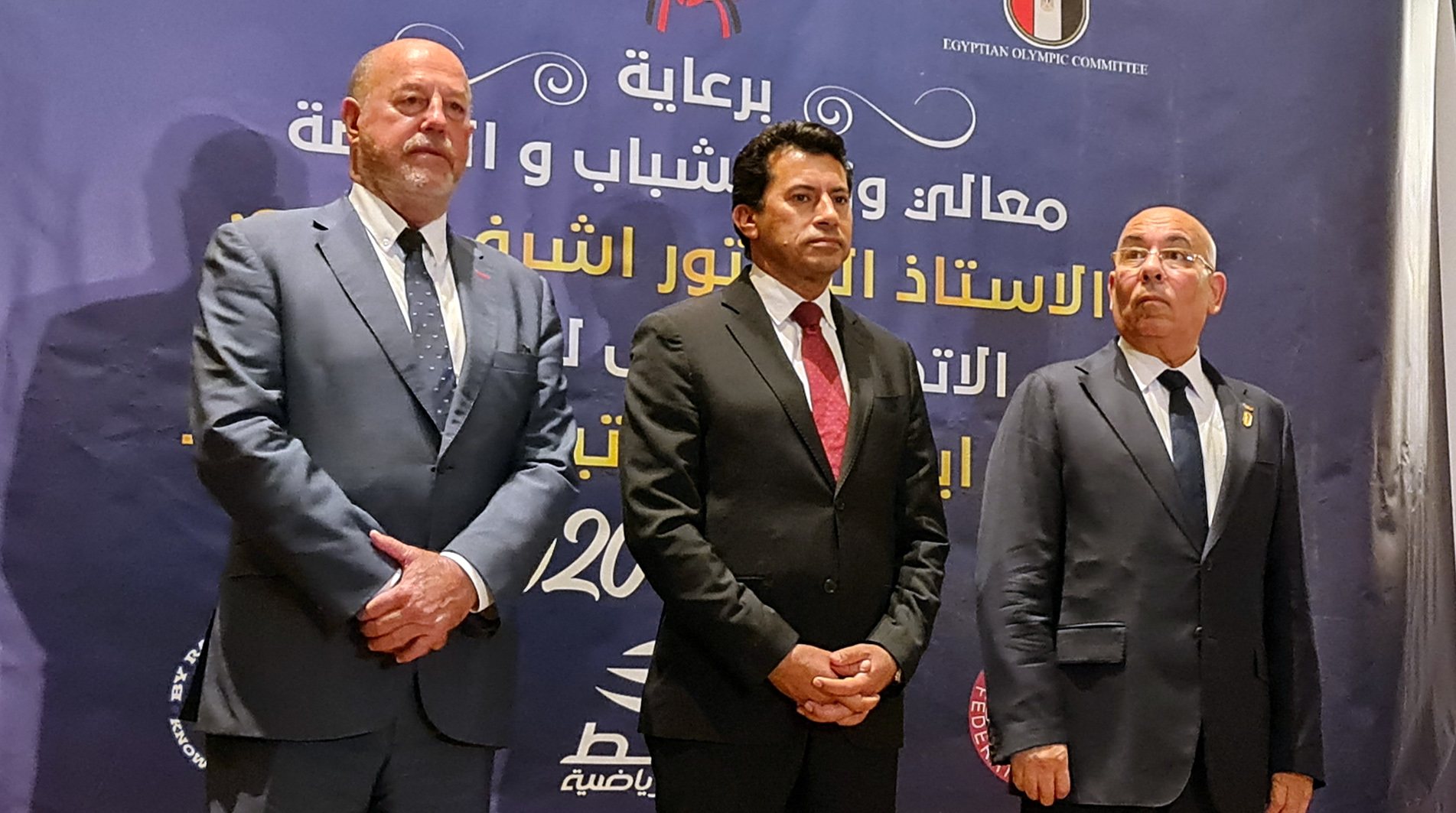 “Out of the 82 athletes competing in Tokyo, five of them were from Egypt. This impressive milestone demonstrates the ambition of Egyptian Karate and its many achievements over the years. Many thanks to Feryal, Giana, Ali, Radwa and Abdalla for the efforts and accomplishments because with their success, they have contributed greatly to the progress of our sport,” said WKF President Antonio Espinós, who sent a heartfelt congratulations to Feryal Abdelaziz for being the first women to win an Olympic gold medal for Egypt.

“It makes us very proud to know that this achievement has been reached by a Karate athlete. It is an honour to be here participating in this recognition to these five Olympians,” added Mr Espinós.

“Millions of people who did not know our sport had the chance to get in touch with Karate during the Olympic Games. Soon, more and more fans will know how much farther Karate can go. The World Karate Federation is committed to continuing the fight for the Olympic permanence of our sport,” stated the head of Karate’s international governing body. 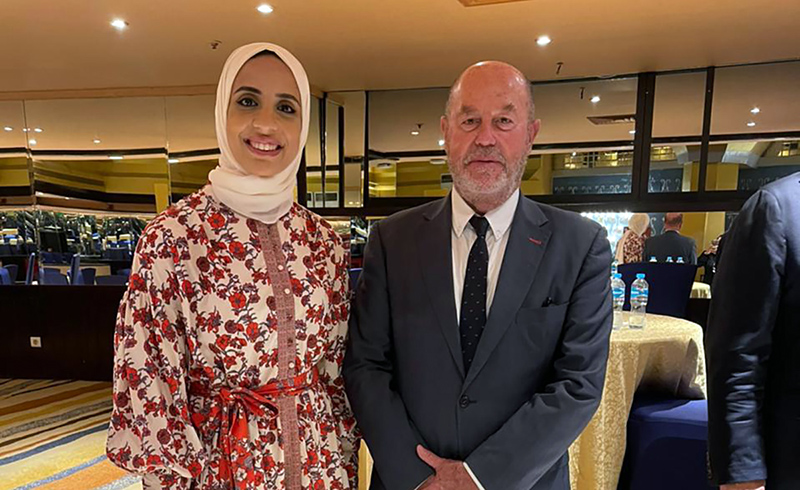 Meanwhile, the Minister of Youth and Sports Dr Ashraf Sobhy praised the outstanding success of Egyptian karatekas at the Olympic Games. The highest sports official in the country also recognised the efforts of the WKF for developing Karate in the country and around the world.

“Thank you Mr Espinós and many thanks to the World Karate Federation for spreading Karate and for your hard work towards the Olympic inclusion of the sport,” Mr Sobhy stated.

WKF President Antonio Espinós and Egypt’s Minister of Youth and Sports Dr Ashraf Sobhy met before the ceremony to analyse opportunities to increase the remarkable progress of Karate in Egypt. Joint development projects were discussed as Egypt aims to reinforce their status as a major Karate hub in the region. The Olympic prospects of Karate were also reviewed while Mr Espinós thanked Mr Sobhy for his cooperation in the organisation of the successful Karate 1-Premier League Cairo. 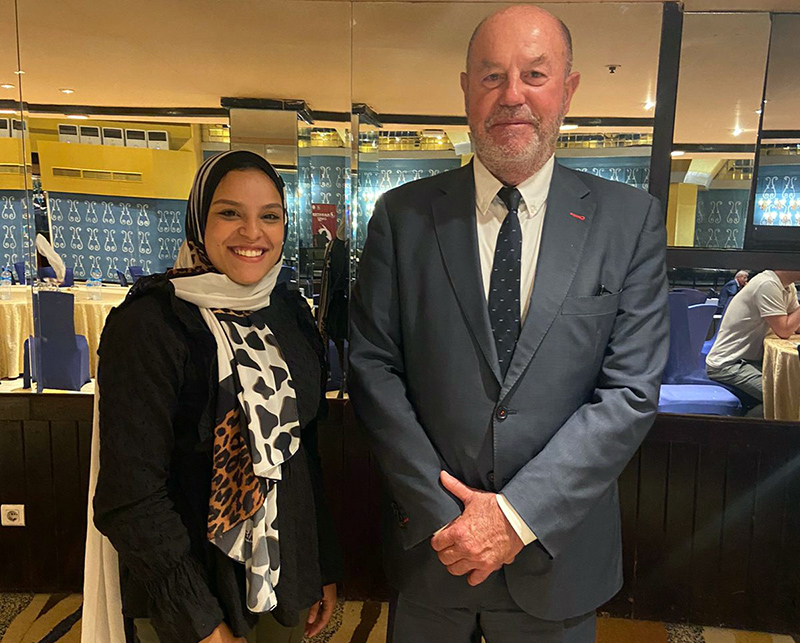 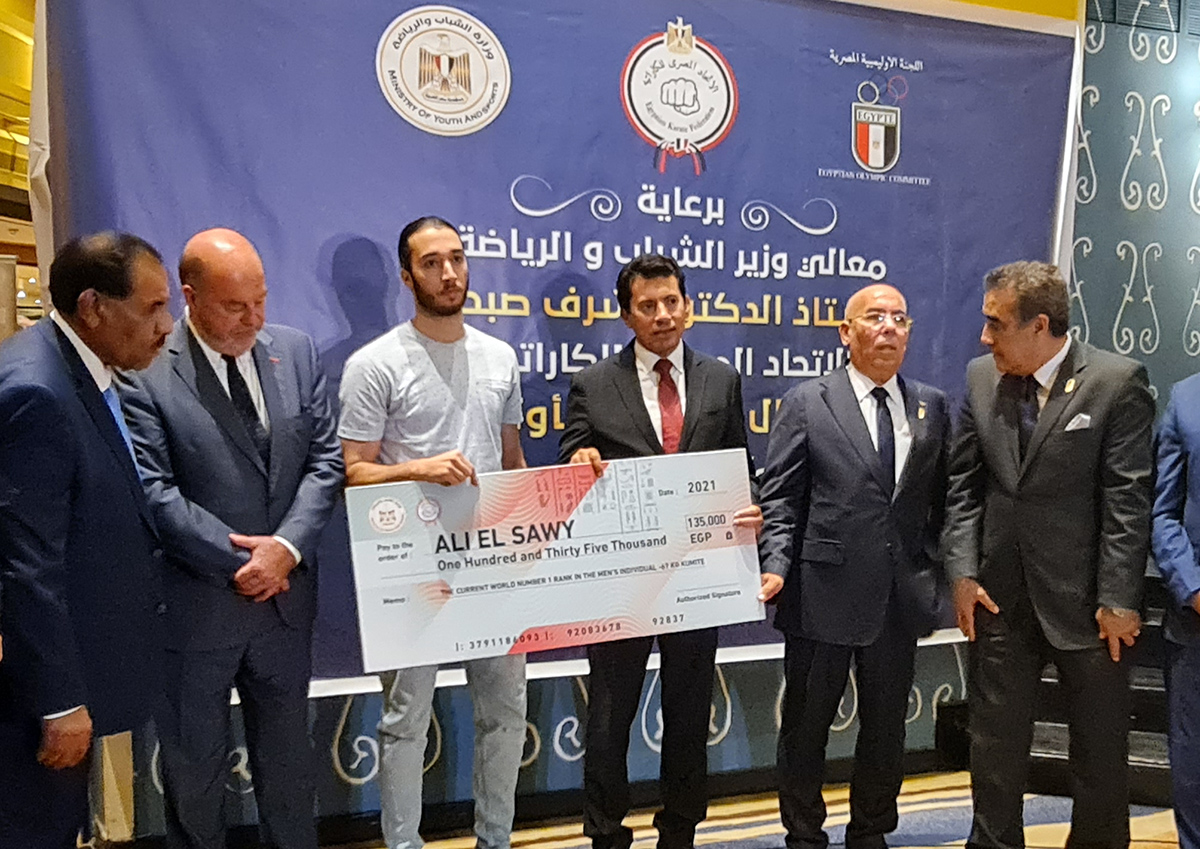