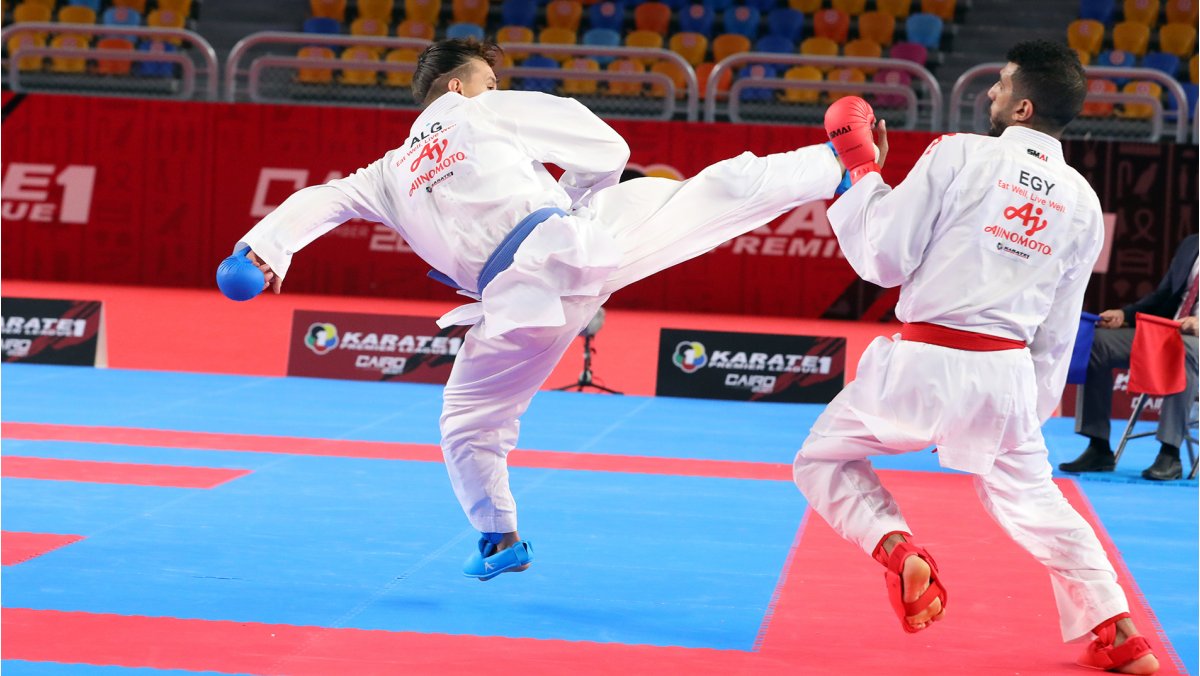 The 2021 Karate 1-Premier League Cairo concluded today with local karatekas taking the spotlight of the competition. The hosts claimed no less than five golds while Olympians Ariel Torres, Sakura Kokumai and Anita Serogina also succeeded in one more celebration of Karate's Olympic success.

Extending the title showdown for hosts, Abdallah Abdelaziz produced one of the highlights of the day with a devastating victory over Austria's Luca Rettenbacher in Male Kumite -75kg. The defending continental champion of the category claimed two sensational Ippon or three-point techniques or and two Yuko or one-point actions to finish the bout 8-0 with 1.45 to go before the end of regulation time.

The title-deciding bout of Male Kumite -84kg was a celebration of Egyptian Karate since local karatekas Omar Ashraf Mohamed and Youssef Badawy clashed for gold. The victory went to Youssef Badawy who signed off an outstanding Ippon to win the bout 6-2. 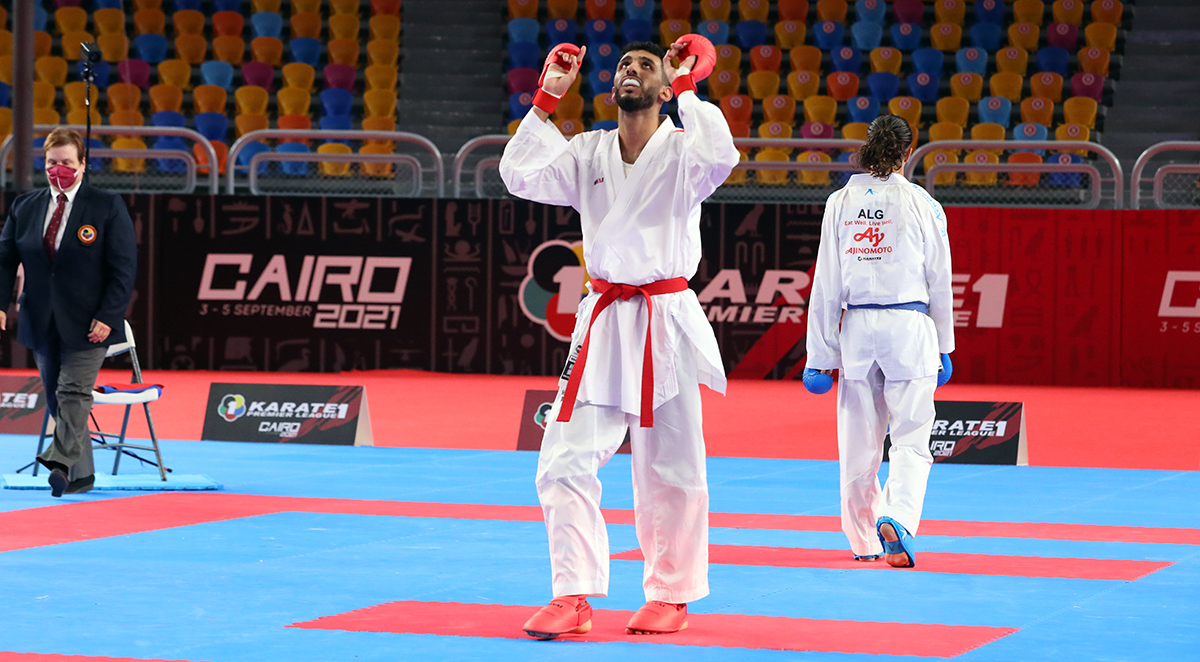 In a demonstration of resilience, Sohila Abouismail claimed the fourth crown for Egypt in the contested final of Female Kumite +68kg. The local representative avenged the final of the 2016 Karate 1-Premier League Sharm El Sheikh in Egypt when the Egyptian karateka lost the title-deciding clash against Anastasiya Stepashko of Ukraine. This time, Abouismail used a late "Yuko" to defeat the Ukrainian representative 2-1.

The division of Male Kumite +84kg also had two local karatekas fighting for gold. Taha Tarek Mahmoud had the honour of taking the Egyptian flag to the top of the podium after edging team-mate Hazem Ahmed Mohamed 1-0.

Ukraine's Anita Serogina brought the Olympic dream to Cairo as the Olympic karateka prevailed in Female Kumite -61kg. The athlete from Ukraine, who finished in the third position of her pool at the Olympic competition upset Canada's Haya Jumaa 4-0 in the final here in Cairo.

"At the Olympic Games, I got very close to winning a medal, and this was very hard for me. So, taking this gold here means a lot to me. It means that all the hard work paid off. This makes me very proud," said Serogina who won her second-ever gold here in Cairo. "Everybody was proud of me (when I got back from the Olympics), but even though I finished in fifth place, I really wanted to win a medal there," she added.

The Ukrainian delegation added one more gold to Serogina's triumph since Halyna Melnyk took a convincing victory 7-0 over team-mate Elina Sieliemienieva in the All-Ukrainian final of Female Kumite -68kg. Melnyk performed two impressive Ippon to pave her way to the title. 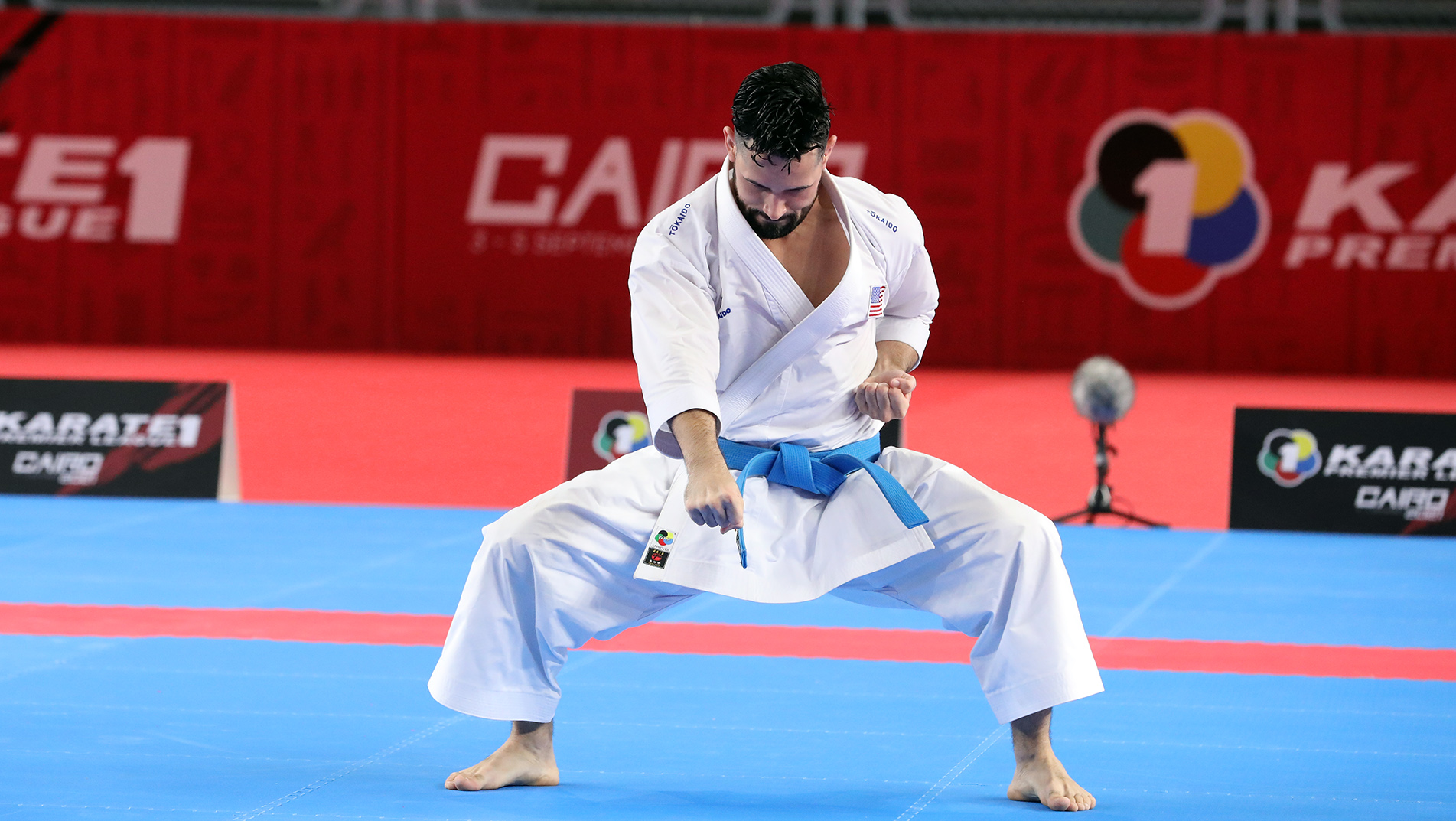 THREE MEDALS FOR USA IN KATA

The Kata division had the representatives of the USA as the big winners. Gakuji Tozaki claimed the first gold medal in his career after defeating Sakichi Abe of Japan in the final of Male Kata. The bronze medallist at the ANOC Beach Games succeeded with his performance of the Kata Anan and got a score of 27.14 for 26.82 of his rival.

After winning bronze at the Olympic Games, Ariel Torres of the USA became one of the stars of the event with one more medal to add to his list of honours. The Cuban-native took the bronze medal in Cairo after defeating Yuki Ujihara of Switzerland.

"It was difficult to go back to the competition after the Olympic Games because, after the emotional pressure and all the excitement of the Games, I really didn't know where to start. But luckily, I could make it and I go back home with another medal. I want to continue giving hope to the new generations," said Olympian Ariel Torres.

Sakura Kokumai completed the medal count for the USA in Kata as the Olympian defeated Raquel Roy of Spain in the bronze-medal bout. The Hawaii-native finished in the fifth position at the Olympic Games after losing the bronze medal against Viviana Bottaro of Italy.

The gold in Female Kata went to Maho Ono of Japan who upset Terryana D'Onofrio of Italy. The Japanese karateka took a score of 26.26 with her presentation of the kata Chibana no Kushanku while D'Onofrio had a score of 25.32. 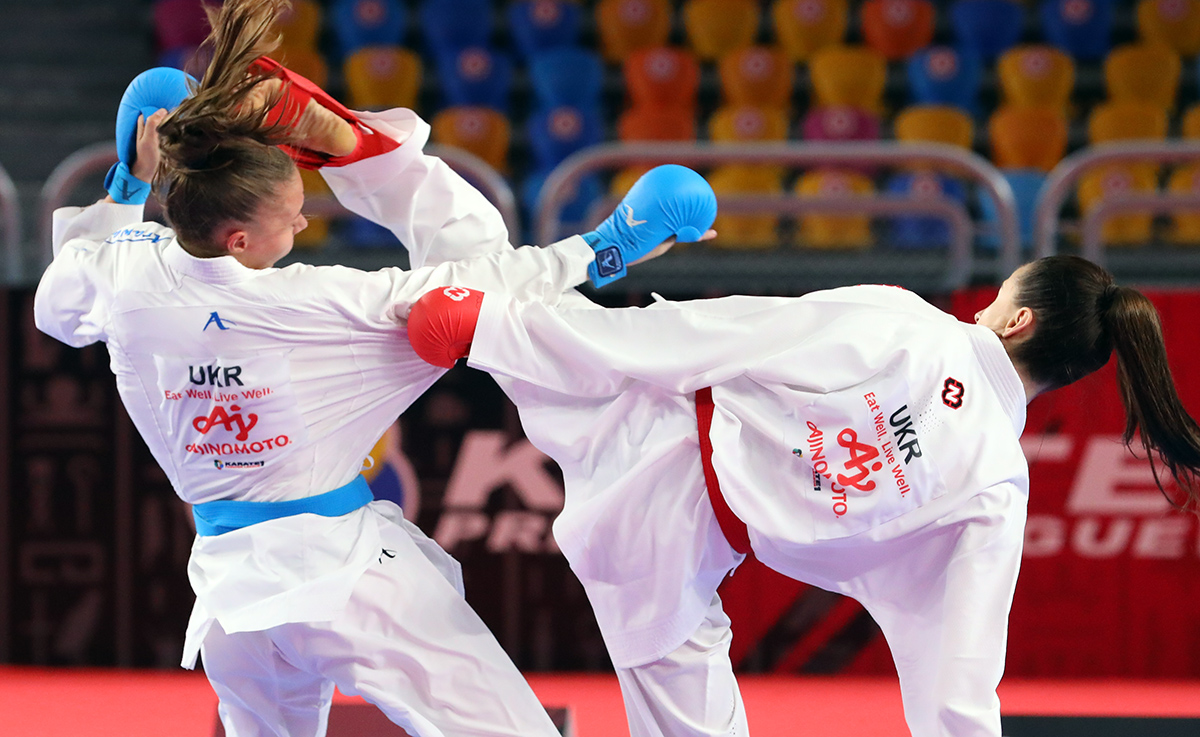 The final of Female Kumite -55kg was an all-Brazilian affair as Valeria Kumizaki faced teammate Carolaini Zefino Pereira. Experienced Kumizaki used two Yuko or one-point action to win the bout 2-0 so to get the second title of the season (gold in Karate 1-Premier League Istanbul).

It would not be the last medal for Brazil today as Kumizaki's partner, Vinicius Figueira, also from Brazil, won gold in Male Kumite -67kg. The current World Championships silver medallist used an impressive Ippon or three-point technique and two Yuko to beat Hungary's Yves Martial Tadissi 5-1.

Meanwhile, Junna Tsukii of the Philippines claimed her second consecutive victory of the season in Karate 1-Premier League. Following her demonstration in Lisbon, the three-time Karate 1-Premier League medallist defeated Egypt's Areeg Rashed 2-1 in the final of Female Kumite -55kg to win the second gold of her international career.

The crowns in the Team Kata competition went both to Spain as the two Spanish squads prevailed in the Male and Female categories, respectively.

The Karate 1-Premier League will return on October 1 to 3 with the event to be held in Moscow.