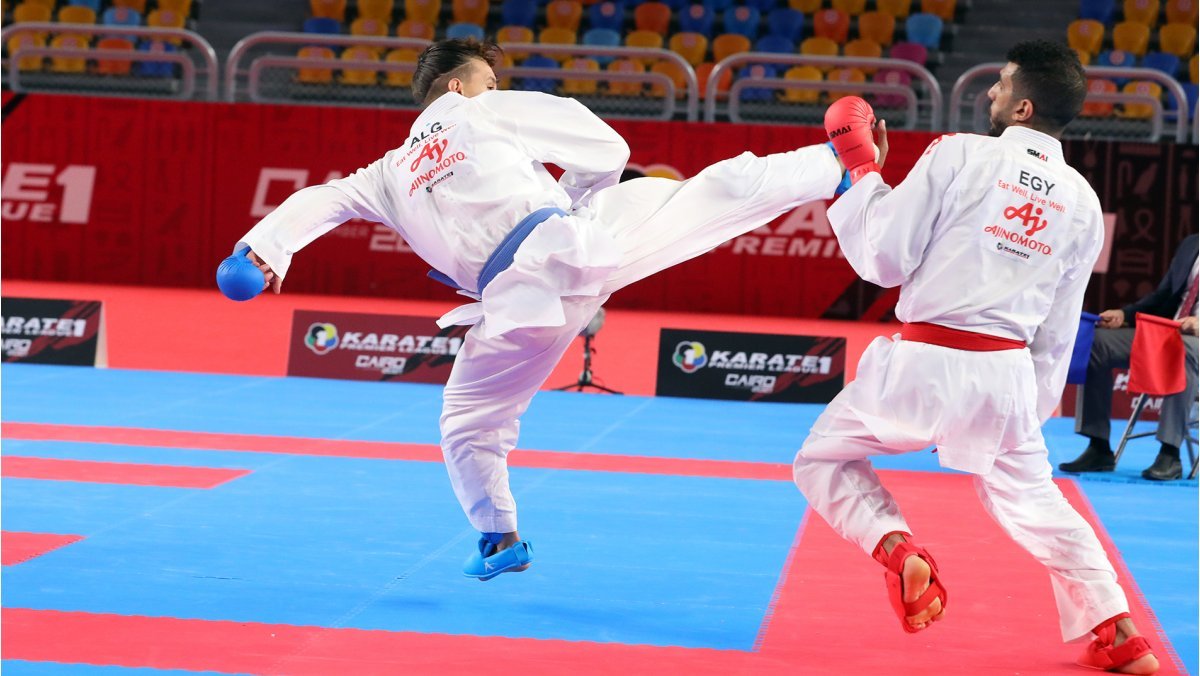 The Karate 1-Series A event in Cairo (Egypt) ended Sunday with Egyptian karatekas topping the medal table of the event.

The list of gold medallists for Egypt started in Female Kata. Asmaa Allam beat Yee Yin Tun of Hong Kong by 25.2 to 24.54 in the final. It is the first international title for the promising Egyptian athlete.

Habiba Helmy took the flag of the organising country to the top of the podium in Female Kumite +68kg as the two-time Karate 1-Premier League medallist defeated Lily-Rose Nolet of Canada 3-0.

Meanwhile, in Male Kumite -75kg Abdalla Abdelgawad won the third title for the hosts following a tight victory by “Hantei” or decision 0-0.

The last crown for the host country in individual categories came in Male Kumite +84kg. Mahmoud Badawy claimed a convincing 4-0 triumph over Murad Hajizade of Azerbaijan. The title in Female Team Kata completed the list of top honours for Egypt.

In Female Kumite -55kg Wan Yu Choi prevented another gold for organising country as the promising karateka won the final bout by 4-3 over Egypt's Salma Hassan.

The delegation of the birth nation of the sport had to settle with no less than four silver medals. Oleksandra Sholokhova of Ukraine defeated Maya Suzuki of Japan in the final of Female Kumite -61kg by a slim 6-5. Meanwhile, Karima Mekkaoui of Algeria also avoided one more gold for Japan as the up-and-coming Algerian athlete beat Tsubasa Kama of Japan 1-0 in Female Kumite -68kg.

In Male Kumite -67kg, Anass Alami defeated Yugo Kozaki of Japan by 3-1 while Enes Garibovic of Croatia did the same in Male Kumite -84kg over Japan’s Junya Eto 5-0.

The victory of Omar Shaqrah of Jordan over Mohammad Alotaibi of Kuwait in Male Kumite -60kg 5-3 and Kuwait’s triumph in Male Team Kata completed the list of winners in Cairo.

CLICK HERE to go to the 2022 Karate 1-Series A Cairo micro-site.