Egypt prevail in day 3 of World Cadet, Junior & U21 Championships 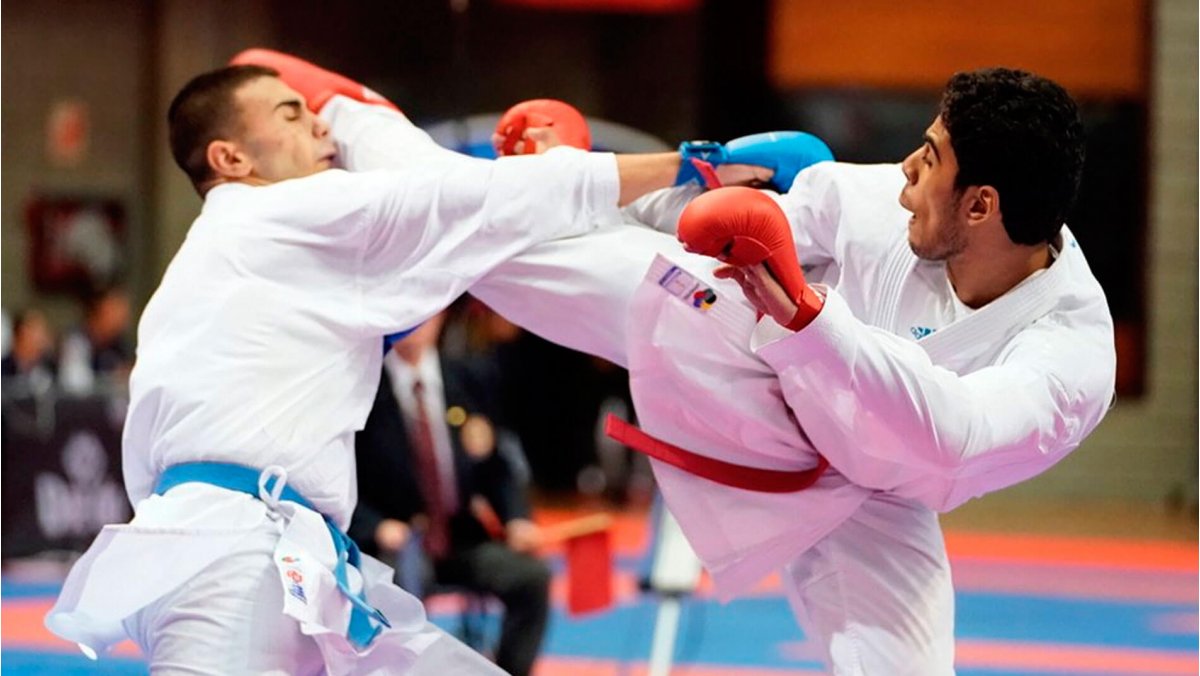 Karate celebrated the bright future of the sport in the third day of action at the World Cadet, Junior & U21 Championships. As the team and junior competitions took the stage of the tournament being held in Tenerife (Spain), Egypt enjoyed an outstanding day with four gold medals.

Karate celebrated the bright future of the sport on the third day of action at the World Cadet, Junior & U21 Championships. As the team and junior competitions took the stage of the tournament being held in Tenerife (Spain), Egypt enjoyed an outstanding day with four gold medals.

Salama Ahmed Reem won gold in Junior Female Kumite -48kg after defeating Fidan Teymurova of Azerbaijan by a convincing 5-0, while teammate Salma ElShafi also took the flag of the Egyptian country to the top of the podium after beating Turkey’s Damla Ocak by 1-2 in Junior Female Kumite -53kg. Abdelgawad Abdalla Hesham followed suit defeating Rosario Ruggiero of Italy by 3-0 in Junior Male Kumite -68kg. The golden day for Egypt ended with the Team Cadet and Junior Female Kata competition. Egyptian girls shocked favourites of Spain and won the final by split decision 3-2 so to reach the top of the podium for a fourth time today for the Egyptian representatives. 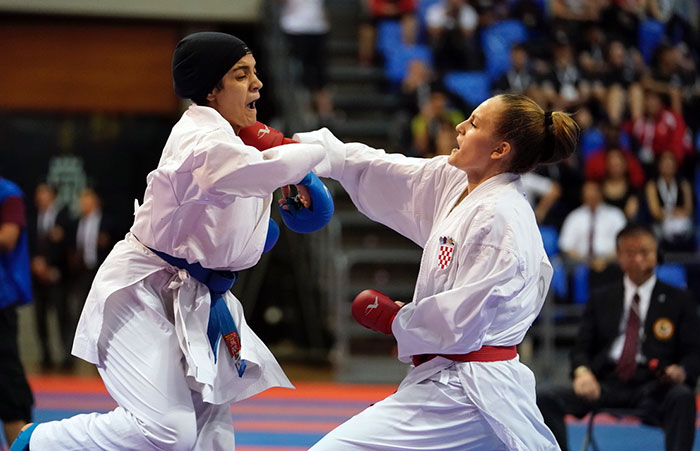 “I am so happy right now! I am very proud to bring this victory to my country,” said Salama Ahmed Reem, while teammate Salma ElShafi added: “I feel great. I am so happy”.

“I am so proud of our victory. I can’t believe it. Our performance in the final was perfect,” said Ihab Shahel about the Egyptian victory in the Cadet and Junior Female Team Kata competition. “We are so happy!”, added teammate Hasham Toka.

The president of the Egyptian Federation Ayman Abdelhamed Farghaly, on site to celebrate the success of the young representatives of his country, reflected on Egypt’s excellence in the tournament. “I am so proud of all of them. We came here to compete in order to contribute to WKF’s success in raising the level of Karate. It is great to know that Karate is progressing so much in countries like mine and I hope that we will see Egyptian athletes in Tokyo 2020,” pointed out the head of Egyptian Karate.

Japan share the top of the medal table with Egypt since the representatives of the birth nation of the sport added four awards to their impressive count in the tournament to a total of nine medals. Rikito Shimada defeated Majid Nikohemmat of Iran by 2-0 in Junior Male Kumite +76kg and became the fourth world champion of the Asian nation in the tournament thus far. 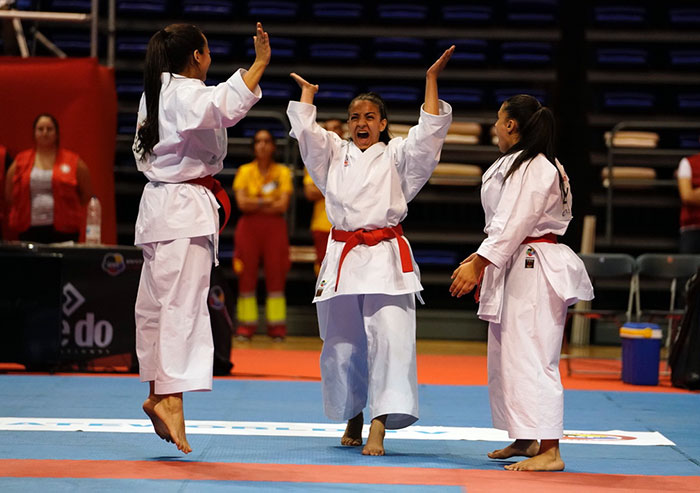 Young promising karatekas were crowned the new world champions in junior categories and emerged as top favourites to qualify for Buenos Aires 2018. As the event in Tenerife marks the first big tournament in the race to the Youth Olympic Games, athletes winning gold in the junior categories of the underage World Championships put their names forward to be in the Argentinean capital next year.

In the race to Buenos Aires 2018, the Kazhakstan delegation had plenty of reasons to celebrate. The Asian country finished the day with two gold medals as Yerkinbek Baitureyev beat Hummat Bakhsaliyev of Azerbaijan by 1-0 in Junior Male Kumite -61kg and Sofya Berultseva became world champion after defeating Madeleine Schroeter of Germany by 2-0. 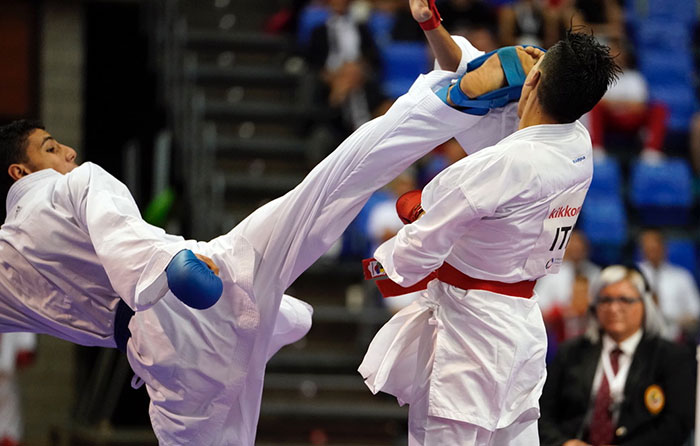 The remarkable display of young karatekas in the quest to Buenos Aires continued with the rest of the Junior categories at stake. Matteo Landi of Italy became world champion in Junior Kumite Male -55kg after upsetting Mukti Wahyu of Indonesia by 4-3, and Kimberly Nelting of Luxembourg prevailed in Junior Female Kumite -59kg after edging Bulgaria’s Ivet Goranova by split decision, while Barbod Sedaghat Tekantapeh bagged the first gold medal for powerhouses of Iran in Junior Male Kumite -76kg.

Action will continue in day 4 of the thrilling competition being held at Pabellon Santiago Martin in Tenerife. The Cadet and U21 categories will take the stage on Saturday as the future stars of the sport will continue showing their abilities and the remarkable impact of Karate’s in young ages.

ALL THE ACTION OF #KARATETENERIFE2017 LIVE ON THE OLYMPIC CHANNEL AND KARATEWORLD.TV ON SATURDAY

The live stream of the 2017 World Cadet, Junior & U21 Championships continues on Saturday. The streaming begins at 17:00 CET and will finish at 18.50 CET. You can find all the excitement LIVE and FREE on karateworld.tv and on the Olympic Channel.