Down but never out, Hamideh Abbasali on cusp of Olympic glory 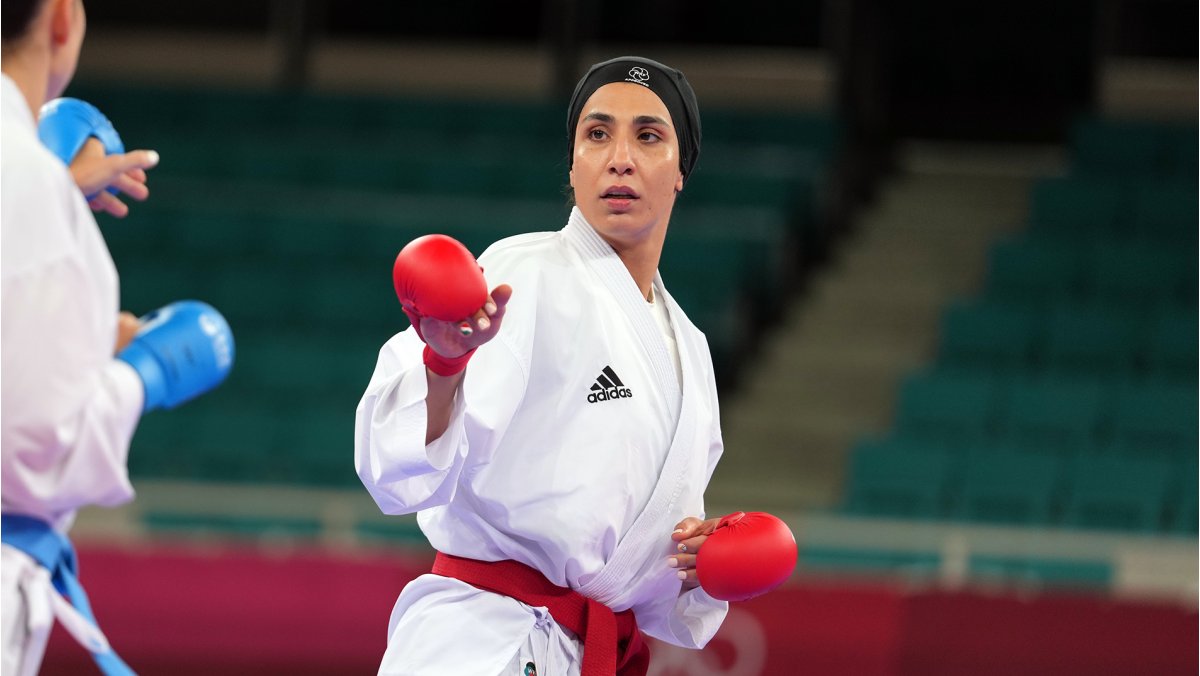 For Iranian karateka Hamideh Abbasali, just getting to the Olympic Games Tokyo 2020 counts as a huge achievement

For Iranian karateka Hamideh Abbasali, just getting to the Olympic Games Tokyo 2020 counts as a huge achievement after a serious knee injury last year threatened to wreck her quest for gold.

Abbasali was devastated after suffering an anterior cruciate ligament tear in her left knee in beating Clio Ferracuti of Italy to claim gold in the Female Kumite +68kg final of the Karate 1-Premier League in Salzburg.

The cruel blow in the last international event before the pandemic outbreak marked the start of a period of reflection on her Karate career and brought doubts about whether she would make Tokyo 2020.

She was told that it would take six months to a year to recover. Abbasali admits she thought about quitting – but not for long. 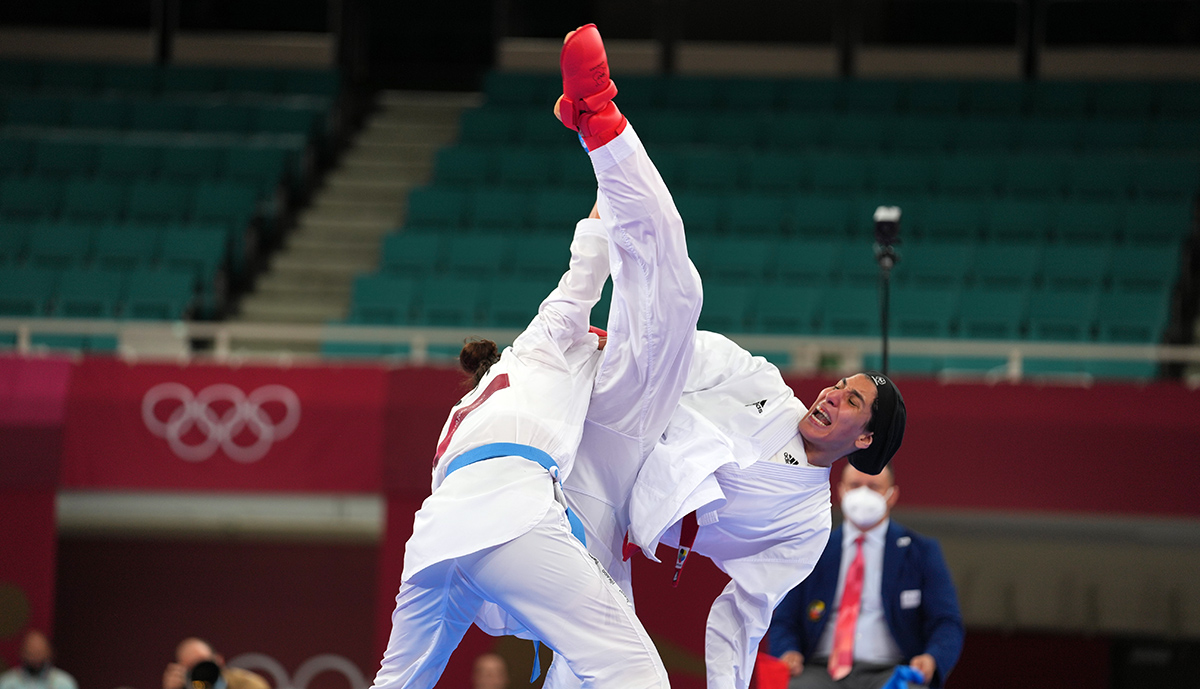 “I was sure that I would get to the Games even with the short time left,” she says. “Fortunately, with the postponement of the Olympics due to the coronavirus my rehabilitation and recovery were complete.”

Resilience and a fierce determination characterised Abbasali’s comeback onto the global Karate scene. She worked hard on a “full program” to rehab her knee and maintain fitness, emerging strong enough just 14 months later to win an astonishing bronze medal at the Karate 1 Premier League event in Lisbon.

“I went through many competitions to win the Olympic quota, which was a very exhausting process,” she says. “I hope to control myself in the Tokyo Olympics with full confidence to get the best result.”

The 31-year-old is delighted that Karate has finally become an Olympic sport: “The first things always have a special feeling.” 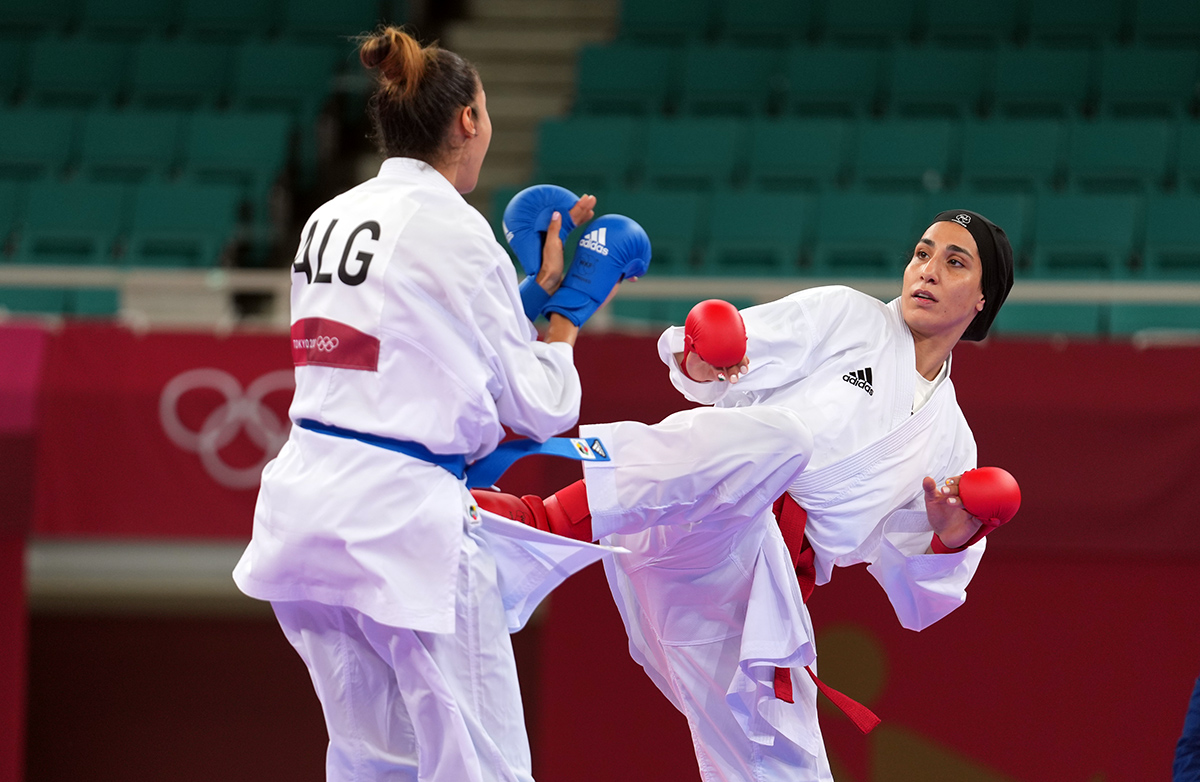 Abbasali, who took up Karate aged 8, became the first female Iranian karateka to win a medal at the World Championships after securing silver in the Kumite +68kg category at the 2014 competition in Bremen, Germany. In 2016, she won bronze at the World Karate Championships in Linz, Austria.

Fighting in the Female Kumite +61kg category at Tokyo 2020, she’s completely focused. She wants to enjoy her time in Tokyo and hopefully come away with a medal around her neck.

“The dream of all karatekas is to participate in the Olympics,” she says. “It has happened after years of waiting and I am very happy and excited about it.”

“My dream was to win the Olympics and I will definitely look for the best performance in my professional life so that I can make this come true.” 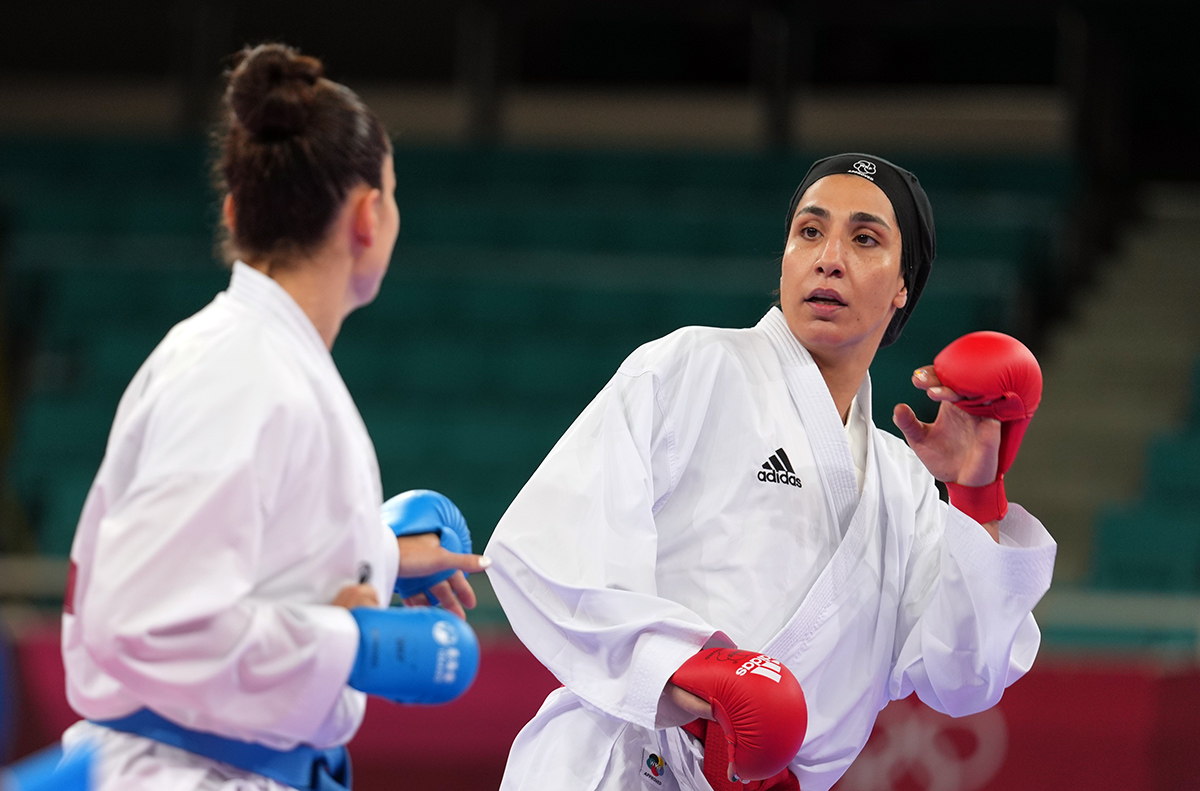 The discipline of Kumite is something special to her. “The speed, elegance, power and control of Kumite have made it a work of art for me,” Abbasali says, describing the most important values in Karate as “respect, respect and respect.”

“My greatest strength is patience and endurance and complete confidence in myself and my team, as well as a strong relationship with my God.”

Abbasali is hoping these Kumite skills can power her to a medal in Tokyo to cap her remarkable return from injury.

“Maybe if it weren't for a little bad luck, I would have won a gold medal at the World Championships,” she says. “After all, every athlete is looking for the most beautiful medal. The best possible feeling in the world can be the feeling of being on the podium.”