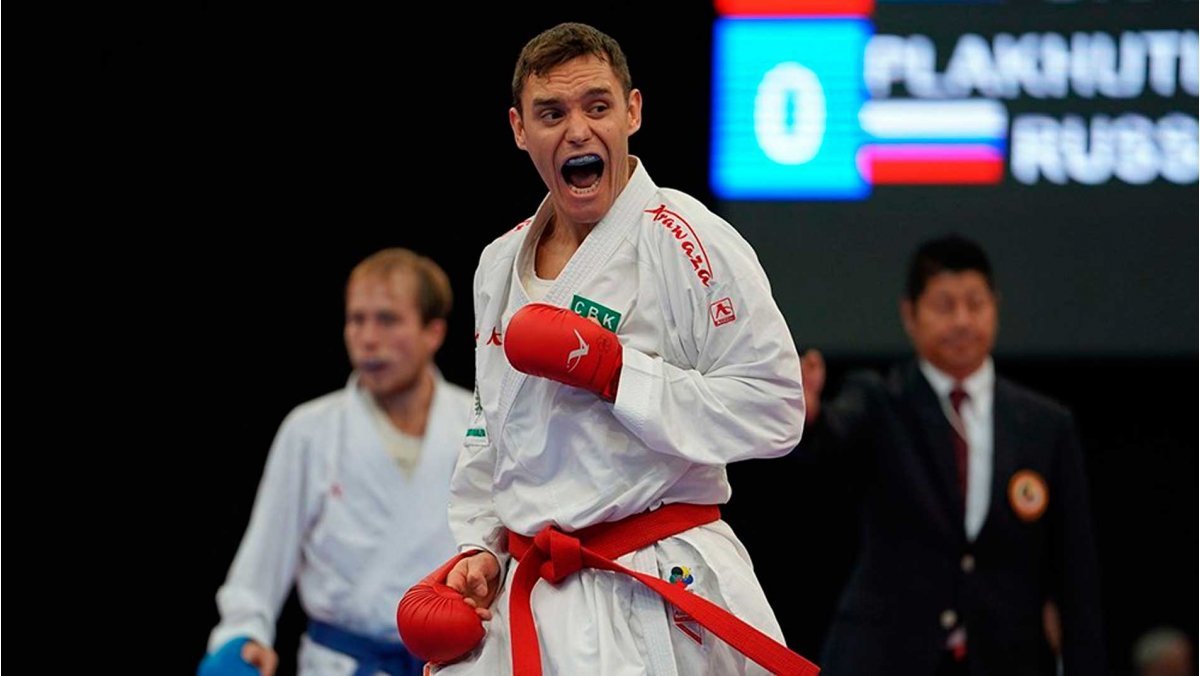 The second day of the competition of the 2021 PKF Championships crowned the new heroes of the sport in the Americas. Brazil’s Douglas Brose and Vinicius Figueira and Canada’s Haya Jumaa were among the big winners of the day.

Douglas Brose of Brazil confirmed his status as one of the most celebrated karatekas in the continent as he claimed his sixth Pan American title. The two-time World champion who is also a member of the WKF Athletes’ Commission defeated Juan Forero of Colombia in the final of Male Kumite -60kg (4-0).

Brazil took two gold medals on day 2 of the tournament since Vinicius Figueira won the crown in Male Kumite -67kg. The current PKF Championships bronze medallist recovered the title he earned in 2018 following a tight victory over Camilo Velozo of Chile (3-3).

In Male Kumite categories, the last title of the day was taken by Matias Rodriguez of Chile in Male Kumite -75kg. A three-time PKF Championships medallist, Rodriguez won his first continental crown after beating Thomas Scott of the USA in the final 3-0.

Thomas Scott who represented the sport at the Olympic Games joins team-mates Ariel Torres, Brian Irr, and Sakura Kokumai, and Alexandra Grande of Peru as the Olympians winning medals at the event.

The representatives of the USA continued adding honours to their list as Trinity Allen took the fourth gold for the members of the North American team.  In her first appearance in Senior Continental championships, Allen surprised favourites and beat Valeria Kumizaki of Brazil 4-2 to become the new continental gold medallist in Female Kumite -55kg.

In Female Kumite -61kg, Haya Jumaa of Canada used the competitive experience in her favour to take the Pan American crown. Jumaa who had never reached the podium of a continental championship upset Barbara Huaiquiman in the outstanding final of the category 12-9.

The last title in Female Kumite went to Valeria Echever of Ecuador in Female Kumite +68kg. A two-time continental title-holder, Echever regained the crown she took in 2018 for the last time following a 4-3 victory over Brenda Padilha of Brazil.

The competition concludes on Sunday with the last categories at stake.

CLICK HERE to go to the micro-site of the 2021 PKF Senior Championships.