Douglas Brose and Thomas Scott star on Day 2 of #PKFKarate2022 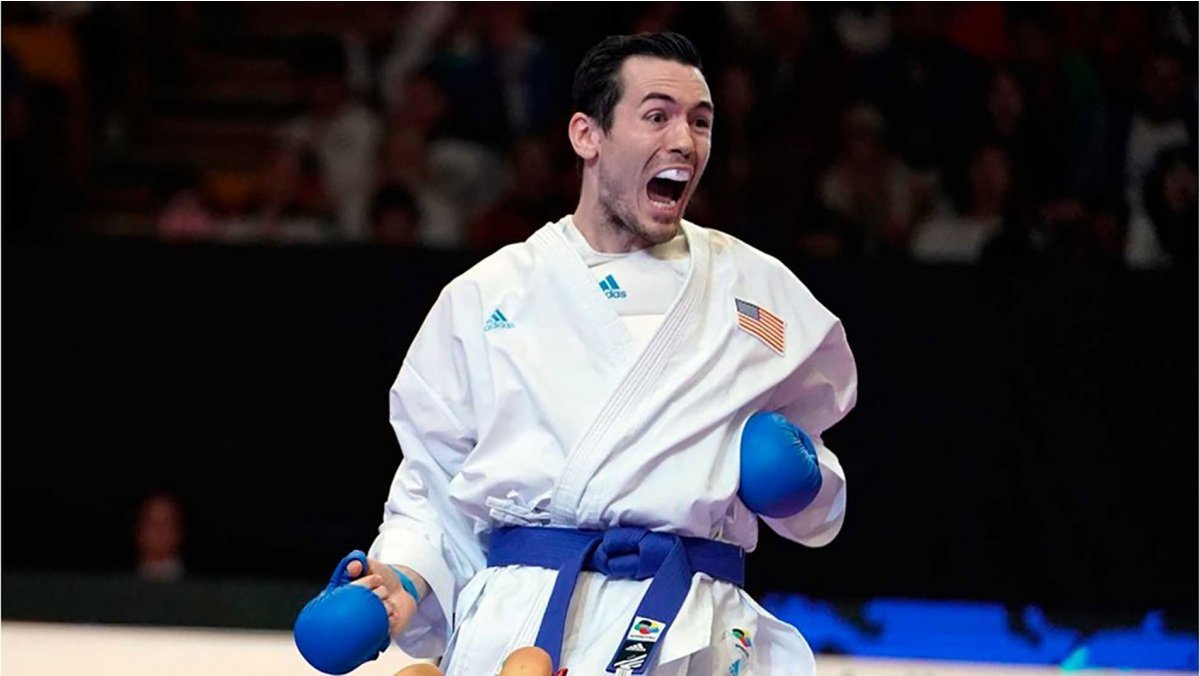 Karate’s biggest stars in the Americas were crowned on the second day of the 2022 Pan American Karate Championships. Douglas Brose, Thomas Scott, and Yorgelis Salazar were among the heroes of the memorable day.

Douglas Brose of Brazil became one of the big stars of day 2 of #PKFKarate2022 as he won his seventh continental title. The Brazilian icon who is the current World titleholder claimed back-to-back World and Pan American crowns after dominating the competition in Male Kumite -60kg. The three-time World Champion defeated Cesar Riera of Venezuela in the final 4-3.

In an impressive showcase of Karate abilities, Thomas Scott of the United States won his sixth Pan American title in Male Kumite -75kg. The Olympian from the United States who is also the current World Championships bronze medallist completed a fantastic tournament from beginning to end and confirmed his status as one of the best competitors in the continent with a 3-0 victory over Alisson Sobrinho of Brazil in the final.

Yorgelis Salazar of Venezuela continues demonstrating her outstanding form. After taking three medals in three events this season, the impressive Venezuelan karateka retook the continental title that she won last year. Salazar performed at a magnificent level and claimed the gold medal of Female Kumite -50kg following a convincing 5-0 victory over Penelope Polanco of the Dominican Republic.

On a day full of stars shining on the tatamis in Curacao, Valentina Toro of Chile won her first continental title. The 2019 U21 World Champion prevailed in Female Kumite -55kg after edging Barbara Perez of Venezuela in the final 2-1.

In Female Kumite -67kg, the title went to favourite Haya Jumaa of Canada. The defending titleholder defeated Olympian Claudymar Garces of Venezuela in one of the highlights of the day 2-1.

The last final of the day ended with the highest score of all the finals since Brenda Padilha Pereira of Brazil defeated Javiera Gonzalez of Chile in the final of Female Kumite +68kg by a whooping 10-1. It is the first continental title for the Brazilian karateka.

The competition continues Saturday with Day 3 of action from Curacao.