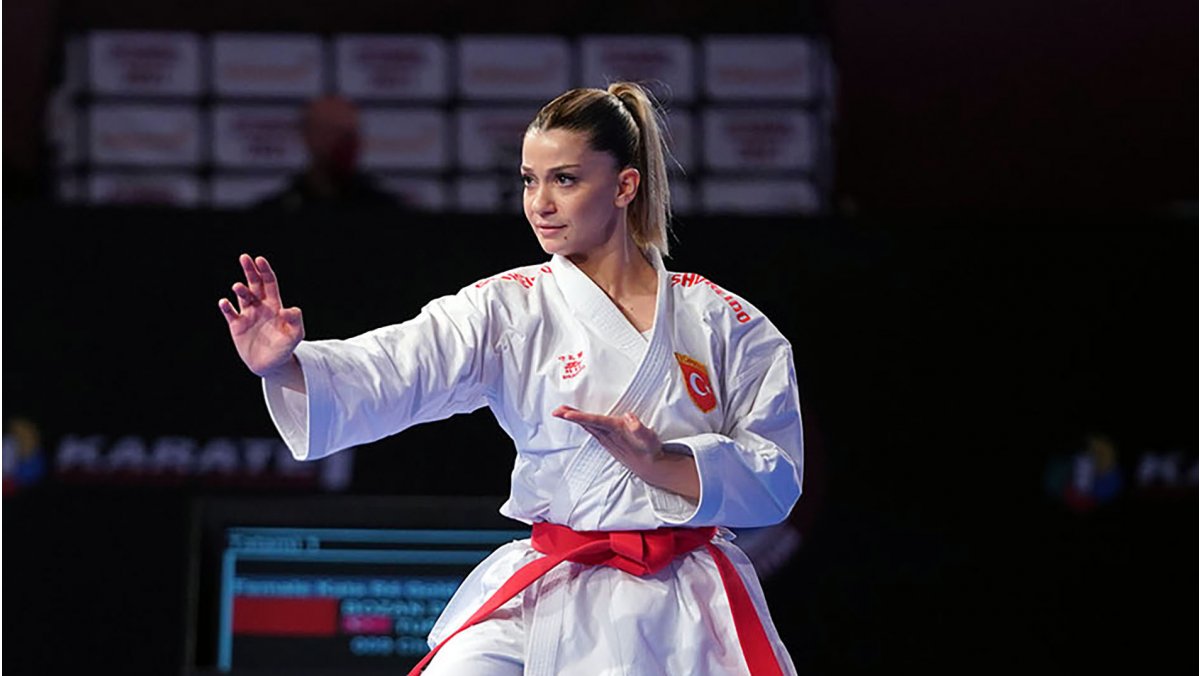 Turkish Kata star Dilara Bozan is bubbling over with enthusiasm for her sport and can’t wait to show off her Karate skills at the Olympic Games Tokyo 2020.

“The Olympic Games are every athlete’s dream,” she says. “It is now in my hands to realise this dream.”

“I have been in the national team camps for years, away from my family and loved ones. I plan my life according to my goals. The Olympic medal that may come after this long and difficult journey will show that everything was worth it.”

Bozan, who booked her ticket to the Games at the Olympic qualification tournament in Paris last month, is desperate to go one better than the silver medal she won at the 2021 European Karate Championships in Porec, Croatia. 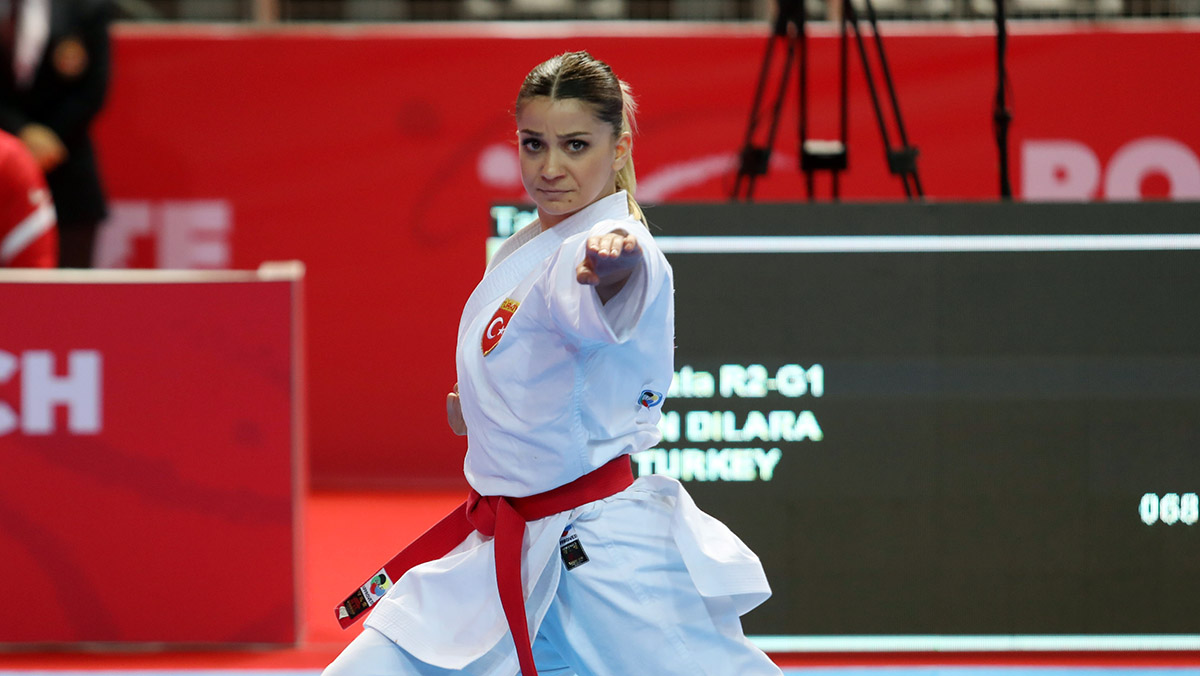 “I’ve great passion and desire inside me. I’m focused on my goal and ready to give my all to win; I can’t wait to show everyone how much I want it,” says the 24 year old.

“I’m looking forward to enjoying every moment of the event. It’s going to be great.”

But Bozan is unfazed about the size of the task ahead.

“I never give up. I have a sick level of focus on my target and love what I do. These are my biggest strengths.”

For the two-time world bronze medallist, getting to the Olympics is an achievement in itself.

At the Olympic qualifiers, Bozan topped the final pool with three victories in three matches, sending a message to her rivals that she will pose a strong threat in Tokyo. A gold medal to match the colour of the one she won at the 2017 Islamic Solidarity Games is the ambition.

Bozan admits she found the qualification process tough. “It was really stressful. Going ten days early and staying in quarantine [due to COVID-19] made it a little harder.

“I tried to keep my psyche high. We focused well with my coach and, as a result, getting the Tokyo ticket as a champion motivated me more,” she says. 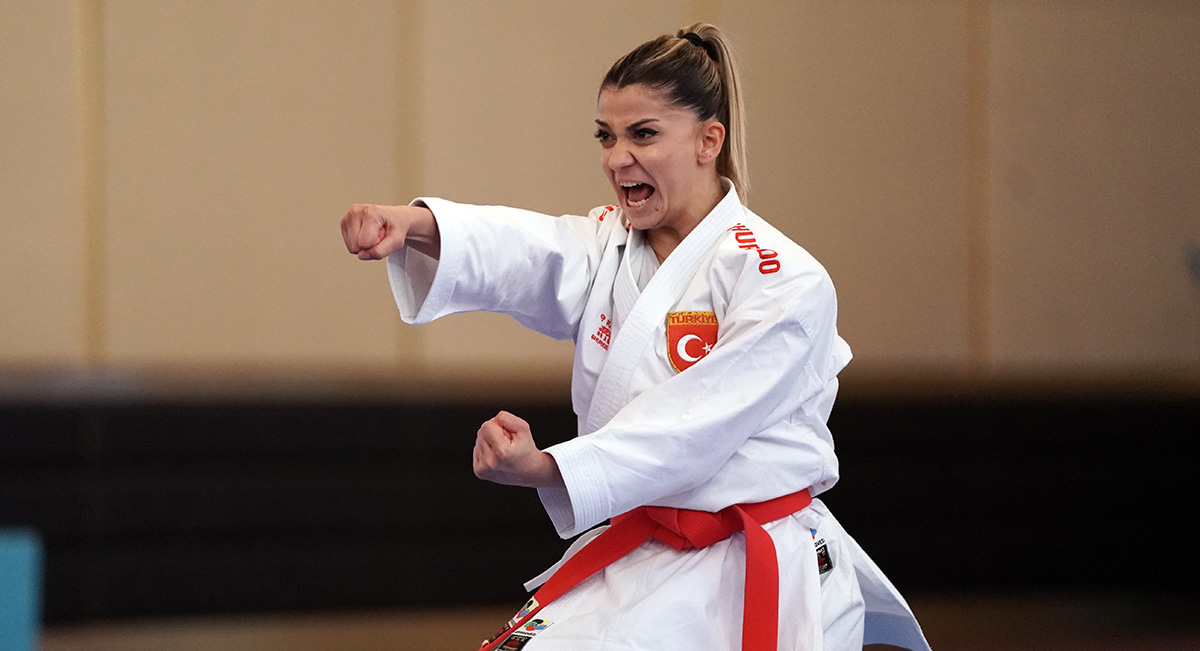 Asked about the biggest challenges on her journey to Tokyo 2020, Bozan candidly talks about her ups and downs.

“Things were not going the way that I wanted and my faith with what I can do was shaken. Kubra Sofuoglu, my trainer at the time, helped me break from my shell,” Bozan remembers.

“She made me believe in myself.  I would like to thank her for maximising my mental strength.”

The Turkish Kata ace also pays tribute to other key figures who have transformed her into a gold medal hopeful; she mentions her trainer Lutfu Y?ld?z, who has worked with her since childhood, and her coach Mehmet Gungel, who has been by her side for many years on the national team and pivotal in her Olympic preparations.

Bozan overcame adversity at an early age to enter the world of Karate. Her quest for Olympic glory may never have happened had she not been bullied at school, which triggered her interest in the sport.

“Yes, that’s right. I started first grade when I was 6 years old. So I was a little shorter and physically weaker than my friends,” she recalls. “The naughtiest boy in the class was my desk mate. And I was a very calm and quiet child. One day he attacked my face with a pencil.

“There was no serious injury, but my family wanted to take precautions. To defend myself, I signed up for a Karate class in our neighbourhood. And so my adventure began.” 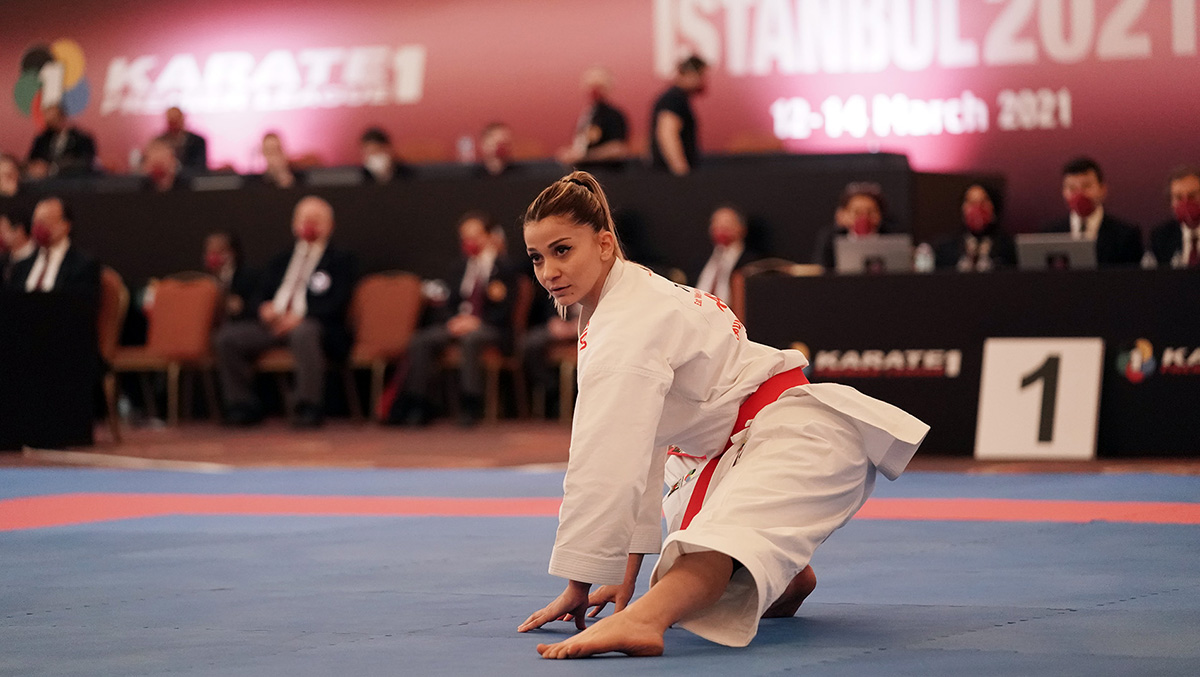 And now the Olympics loom large. In just a few weeks, the fiercely determined karateka will be in Tokyo, one of 82 athletes participating in Karate at the Olympics. The competition runs from 5-7 August.

After years of personal struggle to reach the Games and the World Karate Federation’s decades-long efforts to join the Olympic program, the sport’s moment in the global spotlight is finally here. And Bozan believes Karate’s inclusion at Tokyo 2020 will provide a massive boost.

“The Karate community in the world has given great efforts [to join the Games]. Applications were not accepted for London 2012 and Rio 2016 but finally accepted for Tokyo 2020. Karate earned its deserved position. Being an Olympic sport will give Karate even more momentum,” she concludes.