Demonstration of Karate's popularity at #Karate1Salzburg 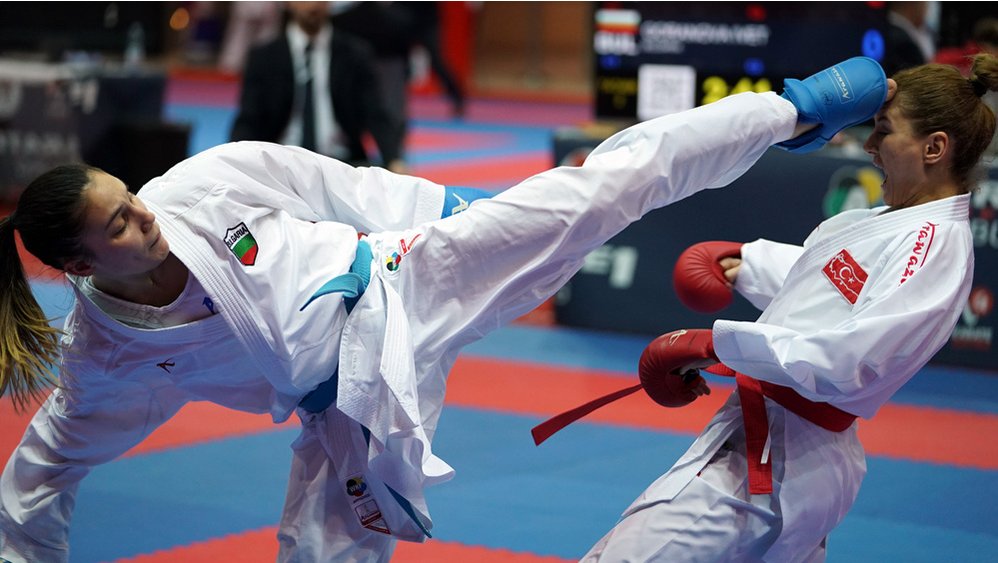 The massive Karate 1-Series A Salzburg celebrated a memorable second day of competition today with thousands of karatekas from all over the world showcasing their passion for the sport. Top favourites struggled to reach the final stages of the competition while up-and-coming athletes produced remarkable upsets on the tatamis at Salzburgarena sports hall.

The massive Karate 1-Series A Salzburg celebrated a memorable second day of competition today with thousands of karatekas from all over the world showcasing their passion for the sport. Top favourites struggled to reach the final stages of the competition while up-and-coming athletes produced remarkable upsets on the tatamis at Salzburgarena sports hall.

Japanese karatekas continued taking the flag of the birth nation of the sport to the finals, and in Female Kumite -50kg Ayaka Tadano became the fourth Japanese competitor fighting for gold in Salzburg. The promising karateka edged Grand Winner Serap Ozcelik of Turkey in semi-finals (1-0) and will clash in her first final since taking silver in the Karate 1-Premier League Berlin last year. Tadano will fight for the title against Sara Bahmanyar of Iran who defeated Shiau-Shuang Gu of Chinese Taipei in semi-finals (2-0).

It would not be the only success for Iran today. The powerhouse nation of the sport took the third representative to the finals with Taravat Khaksar’s qualification in Female Kumite -55kg. The Iranian karateka had claimed gold in a major event for the last time in the 2017 Karate 1-Premier League Paris. The other spot in the title-deciding bout in this category is for Valentina Toro Meneses of Chile. The current continental champion surprised with an impressive victory 6-0 over Bulgaria’s Ivet Goranova in semi-finals to reach her first final after winning gold at the PKF Pan American Championships last year. 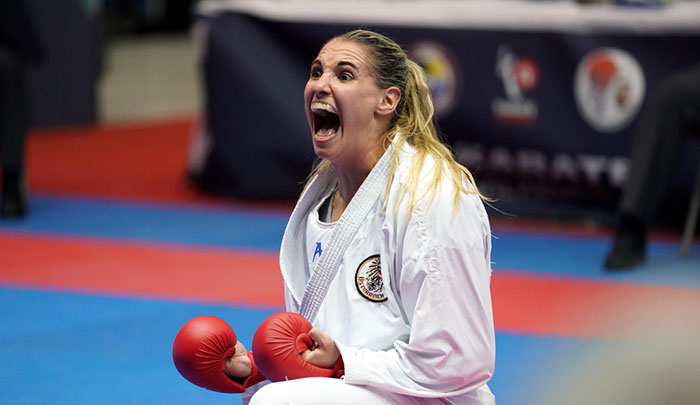 In Female Kumite -61kg the final will see two of the top competitors of the category clashing for gold. Elena Quirici of Switzerland made it to her second final this year after winning gold in Karate 1-Premier League Paris following a victory by “Hantei” or decision in semi-finals over Japan’s Kayo Someya. Meanwhile, Austria’s Alisa Buchinger who is a former World champion achieved her first qualification to the final of a major event after taking silver at the 2018 Karate 1-Premier League Istanbul. The 2016 World title-holder also won the semi-final bout by “Hantei” or decision over China’s Li Gong.

The second final spot for Austria today was claimed by Stefan Pokorny in Male Kumite -67kg. The Austrian karateka had not reached the last stages of the competition since his silver in the 2018 Karate 1-Premier League Rotterdam. Pokorny beat Kazakhstan’s Mussa Bexultan in semi-finals 2-1. His rival in the final will be Egypt’s Ali Elsawy who showcased his UFAK champion status to edge Dionysios Xenos of Greece in semi-finals 2-1. 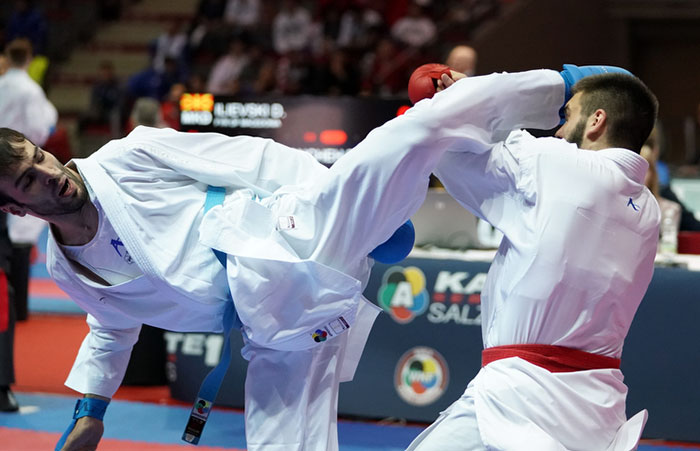 The final between Italy’s Ahmed El Sharaby and Hungary’s Gabor Harspataki will take the interest in Male Kumite -75kg. The Italian karateka defeated Ukraine’s Stanislav Horuna in a thrilling semi-final 5-3 and reached his first final in major events in over two years. Gabor Harspataki beat Chile’s German Charpentier to make it to his first title-deciding bout since winning the silver medal at the 2018 European Championships.

Top favourite Ugur Aktas of Turkey showed his Grand Winner status to qualify for the final of Male Kumite -84kg. The Turkish Grand Winner beat Iran’s Zabiollah Poorshab in semi-finals 4-1 and made it to his second final this year. His rival for gold will be another representative from Iran; Mahdi Khodabakhshi defeated Azerbaijan’s Aykhan Mamayev in semi-finals 3-0 and reached his first final since his victory in 2018 Karate 1-Premier League Istanbul.

The Female Kumite -61kg category completes the action today. The last day of the 2019 Karate 1-Series A Salzburg will see the new champions being crowned at the finals.