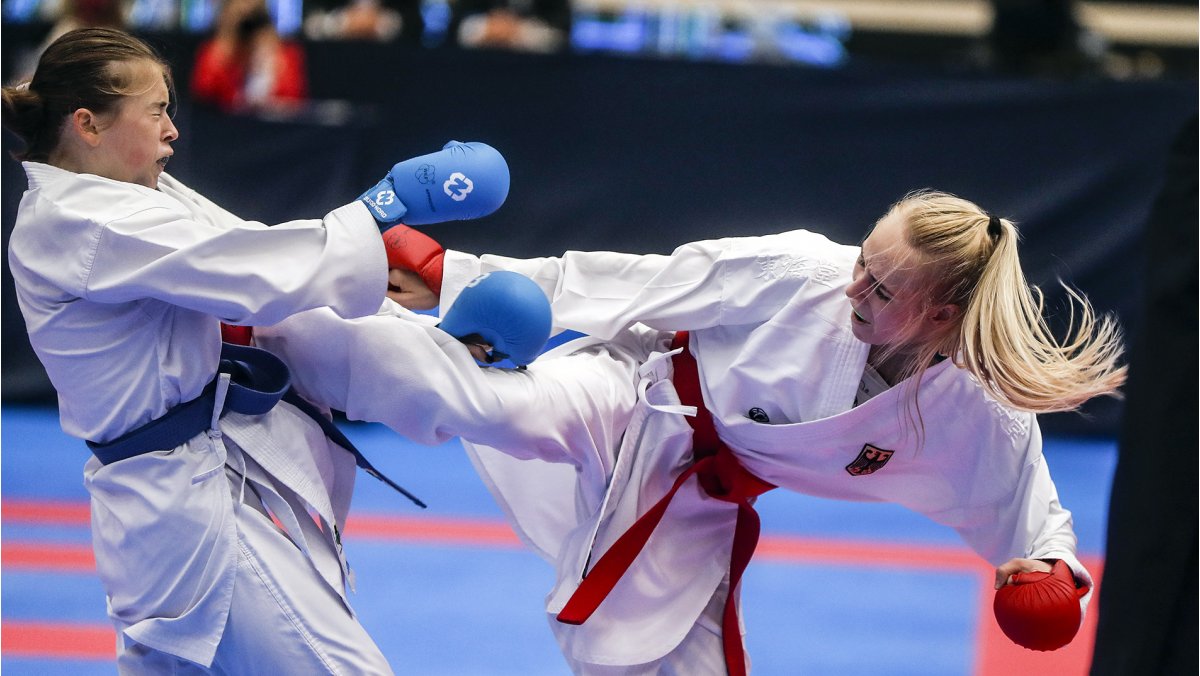 Second day of competition of the 2021 EKF Cadet, Junior & U21 Championships

The second day of competition of the 2021 EKF Cadet, Junior & U21 Championships saw the future stars of European Karate giving a demonstration of sensational abilities on the tatami of the Ice Stadium in Tampere (Finland).

Representatives of Germany and Italy were the big winners of Day 2 of #KarateTampere2021 after claiming two gold medals respectively today. Junior Kumite and Team Kata categories took the stage in the second day of action which is available entirely on the WKF YouTube channel.

The Junior Kumite categories crowned the promising karatekas coming from powerhouse nations of the sport. George Marius Vasile of Romania opened the gold medal count today after defeating Konstantin Zhornik of Russia 1-0 in Junior Male Kumite -55kg. Similar result was claimed by Muhammed Oezdemir of Germany over Akhmed Akhmedov of Russia in the final of Junior Male Kumite -61kg. 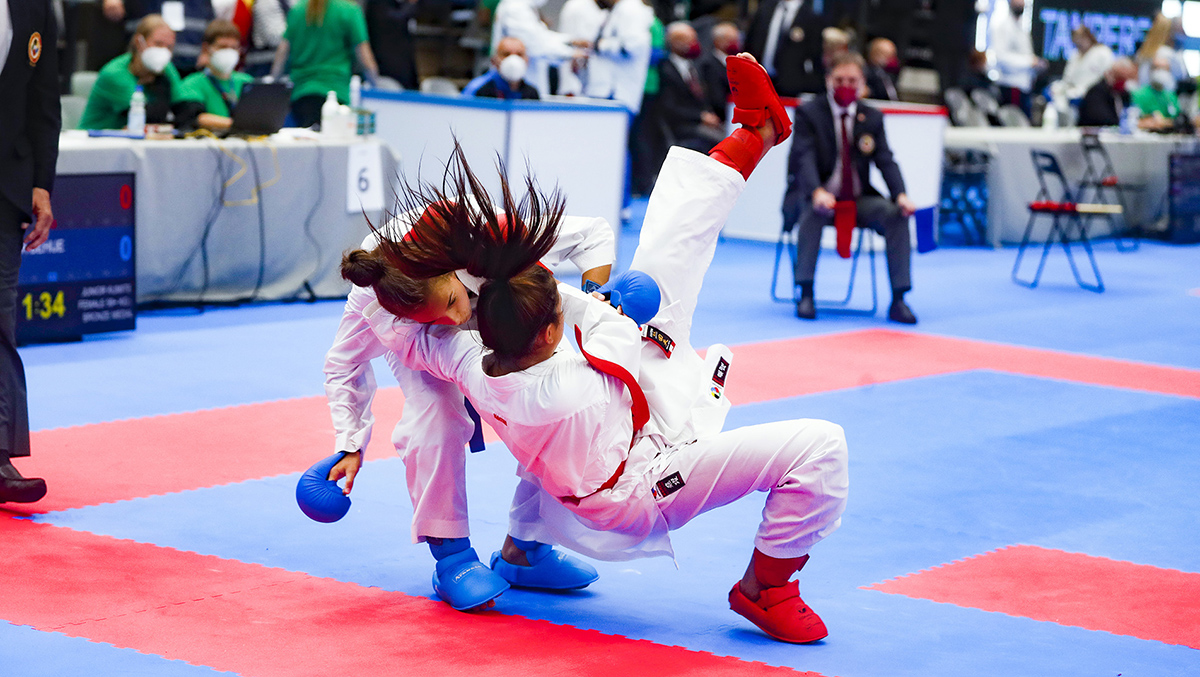 After suffering two defeats in the first two finals today, the Russian delegation finally managed to take a gold medal as Evgenii Son of Russia achieved a convincing 4-0 victory over Anton Kolb of Germany in Junior Male Kumite -68kg.

In a thrilling final of Junior Kumite Male -76kg, Loizos Vasilou of Cyprus won a slim and hard-fought title after outscoring Rumil Jafarli of Azerbaijan by 2-1 with a “Yuko” or one-point technique in the last seconds of the bout.

Stefan Stojanovikj of North Macedonia completed the list of gold medallist in Junior Kumite Male after upsetting Matteo Avanzini of Italy 5-4 in the final of the +76kg division.

Meanwhile, in Junior Female Kumite, Nina Kvasnicova of Slovakia won gold in the -48kg division over Valeriia Sergaieva of Ukraine after a roller-coaster of a final 6-4. 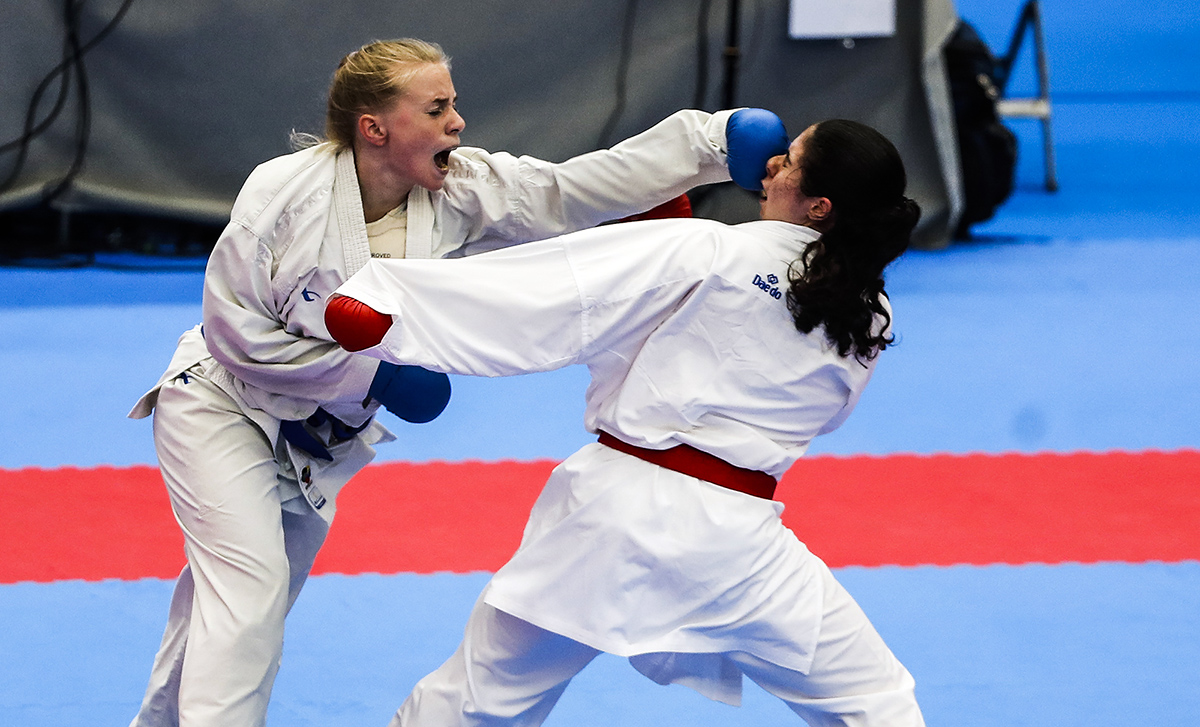 Mia Bitsch of Germany who is the younger sister of top-ranked karateka Noah and Jana Bitsch continued the family tradition of title-winning Karate clan and became the continental champion in Junior Female Kumite -53kg. The youngest of the Bitsch saga defeated Ariadna Panchuk of Ukraine in the final by a slim 1-0.

Just as it occurred in the Male divisions, Ukraine recovered after two defeats in the finals and ended up taking one gold today. Vira Fohlinksa of Ukraine won the title in Junior Female Kumite -59kg after edging Nera Sipovic of Bosnia and Herzegovina by “Hantei” or decision (0-0)

The last gold in Junior Female Kumite went to Turkey since Sudenur Aksoy became continental champion in +59kg following a 4-1 victory over Darya Yushkova of Russia thus increasing the gold medal count of the Turkish delegation. 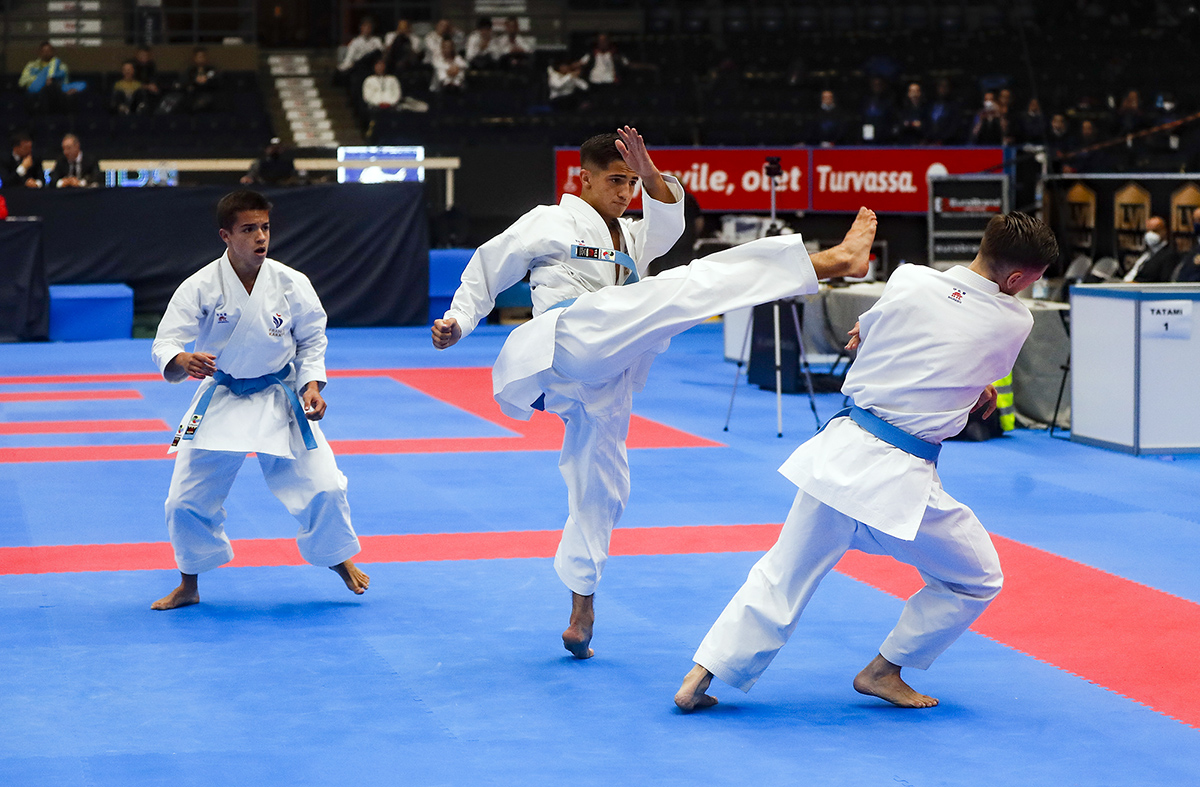 The Team Kata competition in Cadet and Junior categories was completely dominated by the Italian representatives as the southern European country claimed the two titles at stake.

The 2021 EKF Cadet, Junior & U21 Championships concludes Sunday with the last categories at stake.

CLICK HERE to go to all the info about the event. 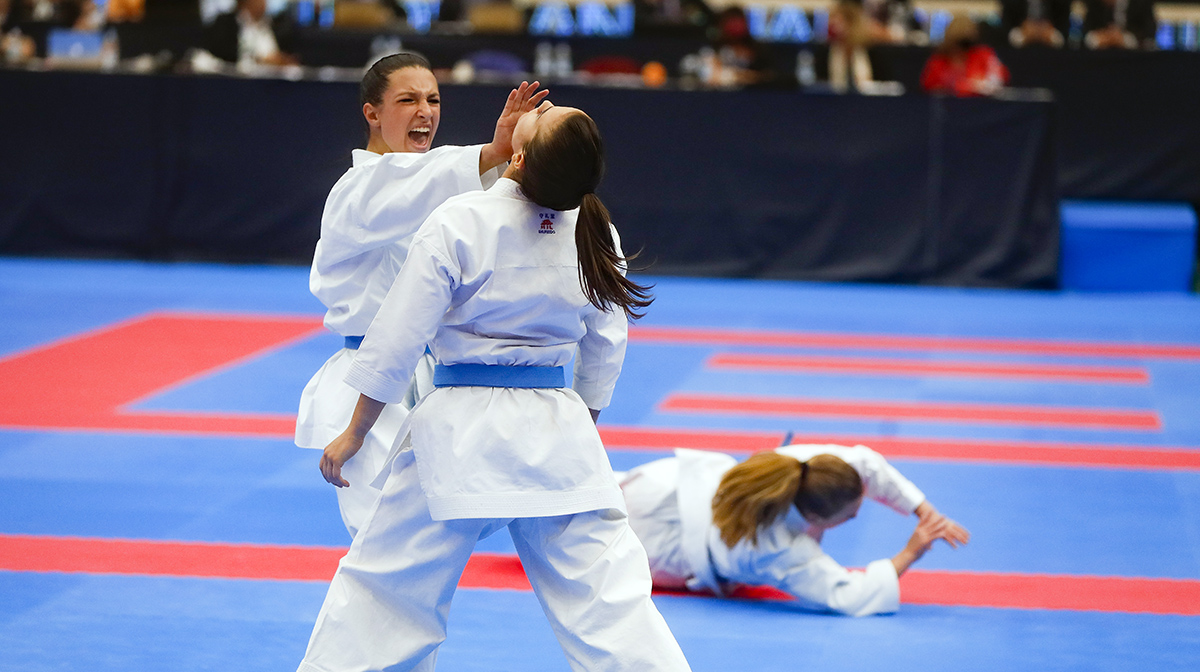