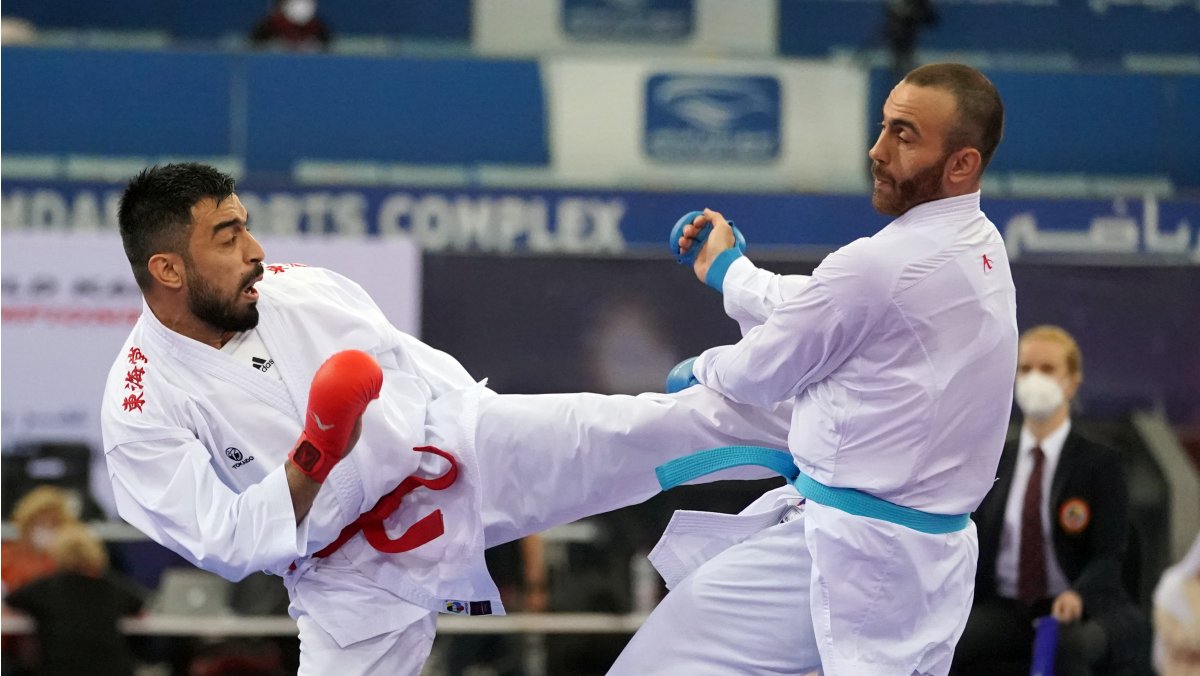 The second day of the competition of the 2021 Karate World Championships is taking place Wednesday as some of the Karate Stars are fighting to become the new World titleholders of the sport.

After a thrilling first day of action from Dubai, the best Karate athletes in the world gather today at the magnificent Hamdan Sports Complex to fight for the qualification for the finals.

Four defending #KarateWorldChamps are competing today with much of the attention on World and Olympic champions Jovana Prekovic of Serbia and Steven Dacosta of France. The two Olympic heroes will try to qualify for the finals of Female Kumite -61kg and Male Kumite -67kg respectively to aim at winning back-to-back World, Olympic and World crowns.

Italy’s Angelo Crescenzo and Japan’s Miho Miyahara Will also be making their debut with the special karategi with the golden embroidery on the shoulders as World champions.

The semi-finals of the five categories today will be available LIVE on the WKF YouTube channel. Due to the distribution rights and agreements with TV networks in nearly 200 territories around the world, only the semi-finals are available by streaming.