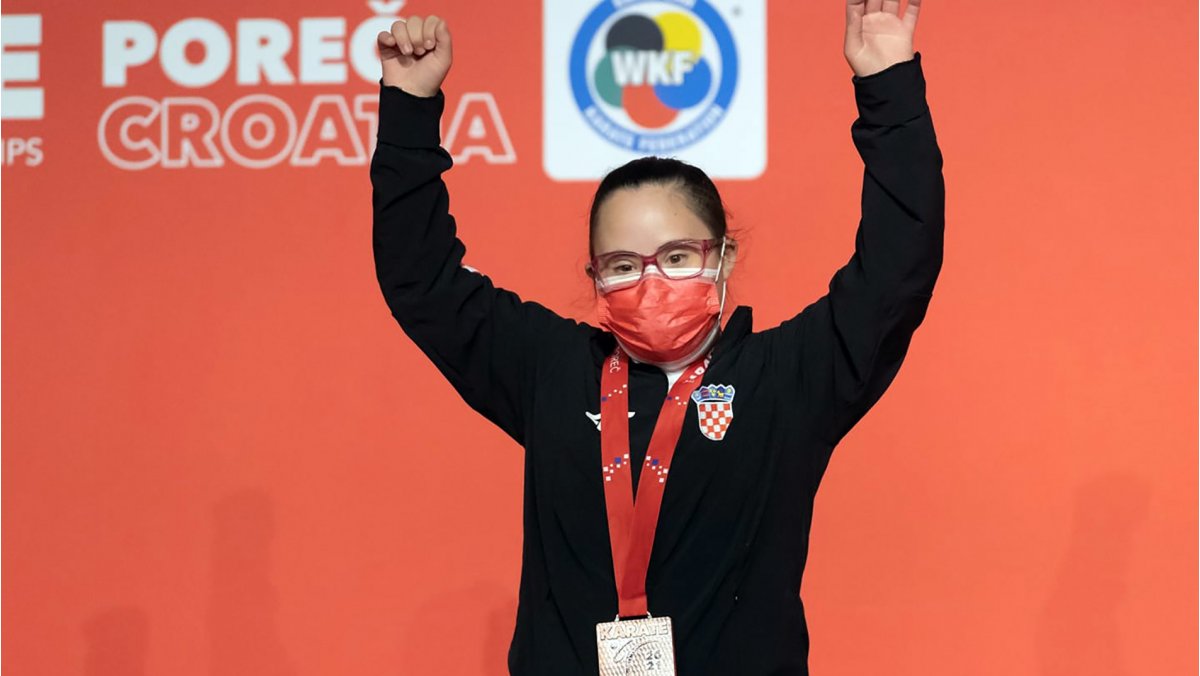 The Para-Karate competition of the 2021 Karate World Senior Championships was an inspirational showcase of the power of will.

Demonstrating the strength of the #KarateValues in helping people with disabilities overcome adversities, the Para-Karate athletes became the inspiration that the world of sport needs as they took the spotlight at the 2021 World Senior Championships last week. One the stars of Para-Karate in Dubai was 19-year-old Daniela Topic of Croatia.

Born with Down Syndrome, Daniela Topic represents the perfect example of how determination and courage can help conquer even the hardest of difficulties. She suffered the rupture of a blood vessel in the brain which damaged her motor, speech, and mental functions. 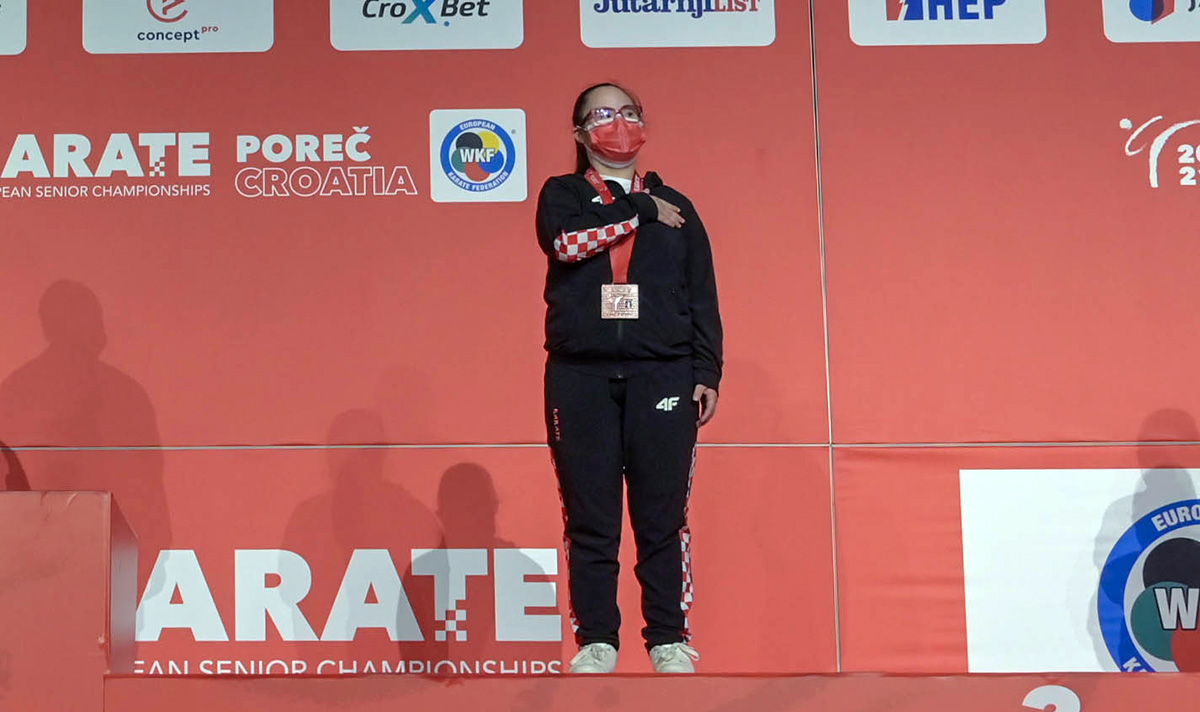 Against all odds, she used her tenacity to practise sports thus becoming an inspiring example for family, friends, and the whole community.

“She started competing five years ago and trains three times a week. For the fifth year in a row, she is the Croatian champion in Para-Karate and the third in Europe. She is currently the first in Croatia in Para taekwondo,” her mother Mihaela said to the local press.

In Dubai, Topic competed in the category of Intellectually Impaired K22. She reached the bronze medal bout against Canada’s Natalie Olson, ultimately finishing in the fifth position of the world. 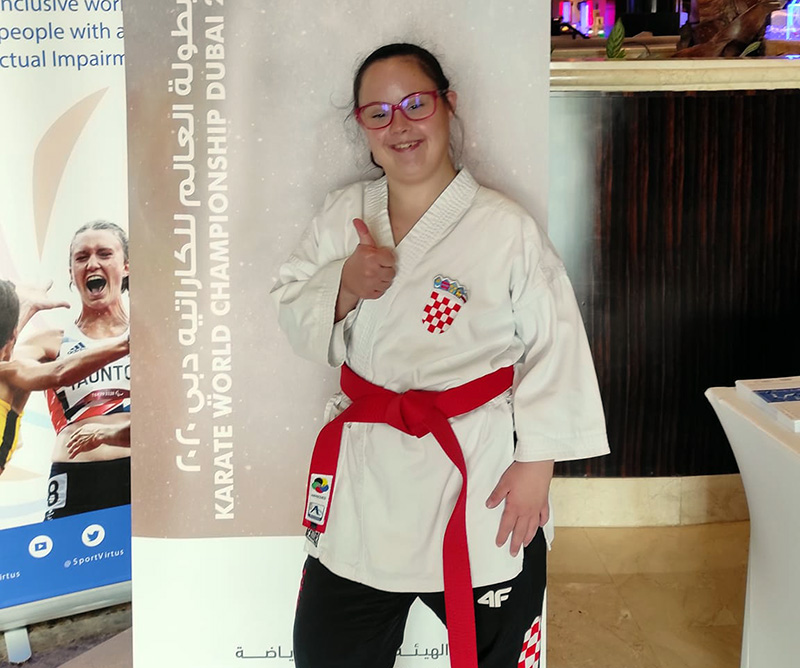 “Sport means new friendships for Daniela. It allows her to present herself in a way that she can show everyone that she is worth much more in the eyes of the community. Her victories were the victories of every child with disabilities. The views of society in Croatia continue to change for the better, thanks to Daniela's perseverance and hard work in Karate,” added her mother.

Nearly 80 athletes from 21 countries became the stars of #KarateDubai2021 with their demonstration of abilities. The Para-Karate competition in Dubai illustrated WKF's efforts to continue integrating people with disabilities as one of the core principles of the sport.

"Daniela is a child who got to her feet at the age of three and a half, even though they told us she couldn't do it. She could not stand on one leg before, and now she is raising her leg in the air. We are very proud of her,” her mother Mihaela said.